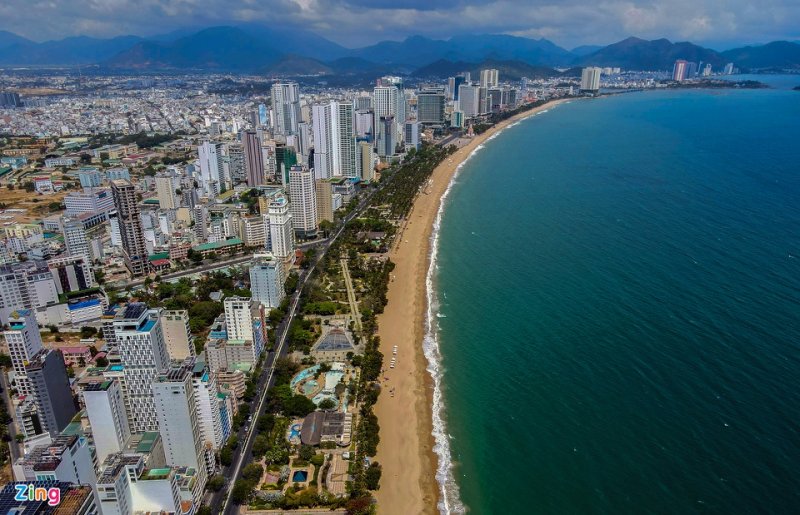 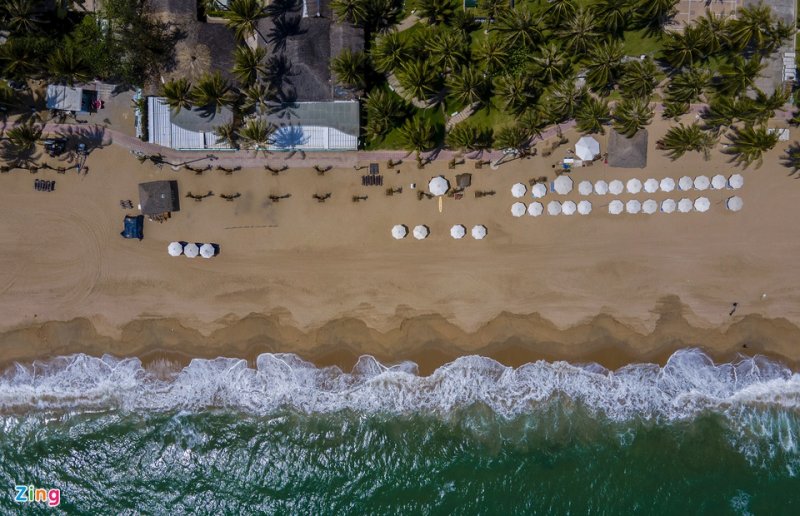 Referring to Nha Trang, visitors cannot ignore the beach with white sand stretching gently, blue sea stretching for kilometers. This is a highlight of tourism that no visitor can ignore when coming to Nha Trang to relax. 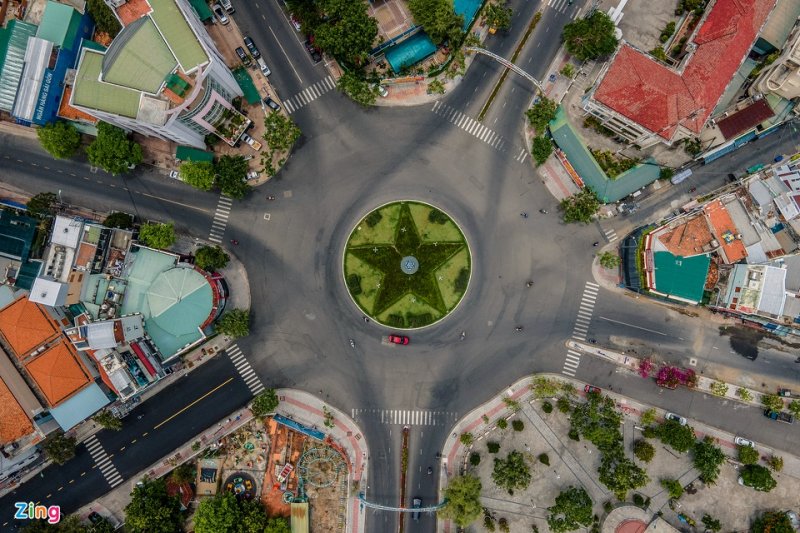 Roundabout 6, the point connecting the transport system of the center of the coastal city. From here, visitors can go to any of the city’s tourist attractions through signposts placed at street corners. 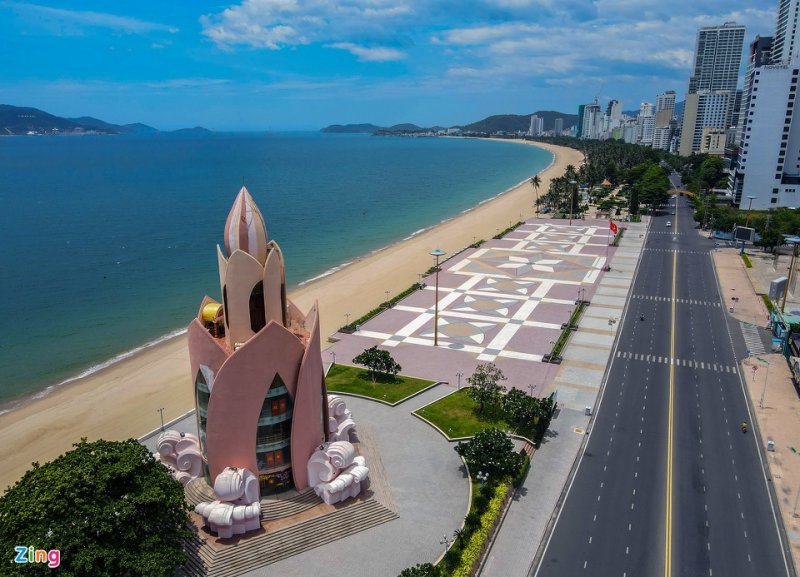 Tram Huong Tower – the symbol of the coastal city of Nha Trang, located on 2/4 square next to the beach, was built in December 2008. Tram Huong Tower has 6 floors linked together to create a harmonious beauty. In addition to the basement and ground floor, the remaining 4 floors are the place to display art photos about the locality and people of Khanh Hoa. Specimens of rare sea creatures, models of bird’s nest exploitation, and preparations from bird’s nests have also been displayed here for many years. 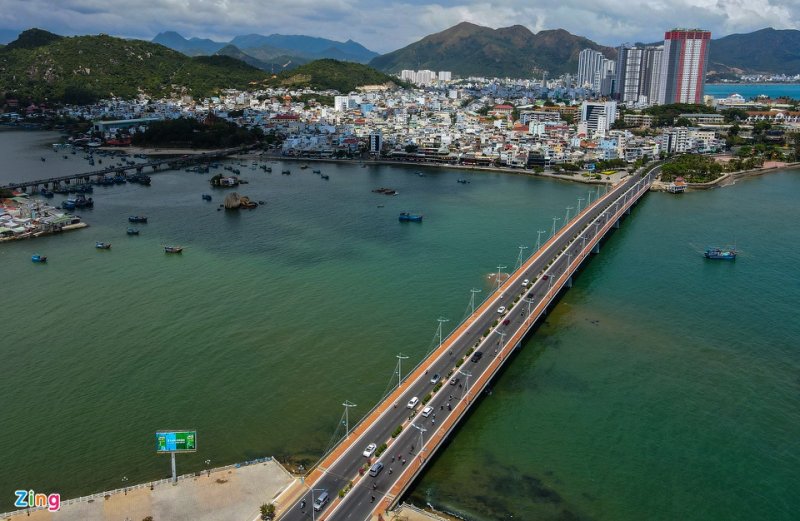 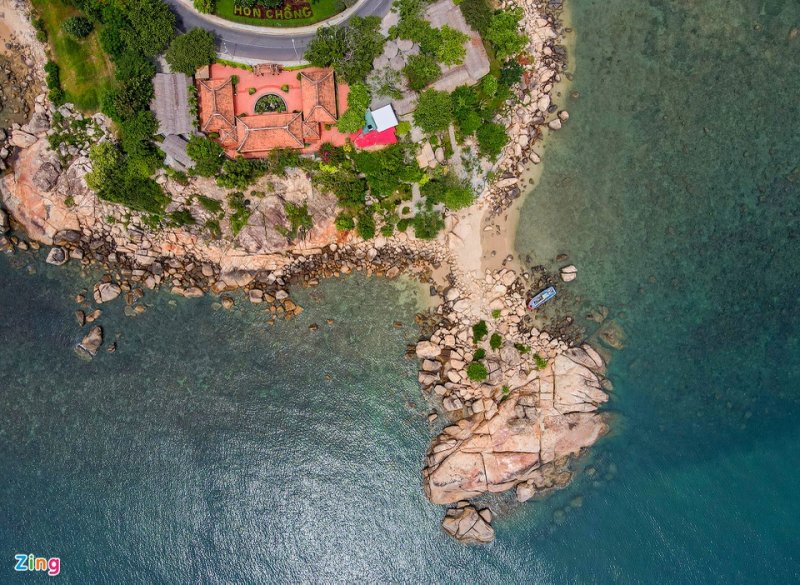 Hon Chong scenic spot is for visitors who like the feeling of standing on high and watching the waves crashing against the cliffs. Hon Chong consists of 2 large rock clusters located on the coast at the foot of the hill. In particular, a large rock cluster in the sea called Hon Chong, consisting of a large square block of rock lying on a flat and wider rock, with a large palm-shaped depression on the side of the rock facing the sea. 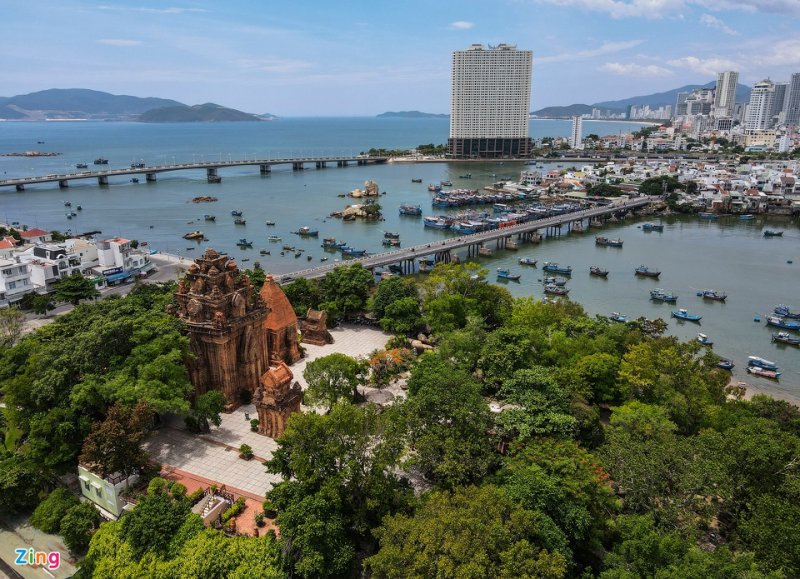 The Cham tower cluster dates back to the 8th-9th centuries. Every year, on the occasion of April 25-27 (March 20-23 of the lunar calendar), thousands of Cham people in provinces and cities such as Ninh Thuan, Binh Thuan, Khanh Hoa, Dak Lak, Gia Lai, Lam Dong, Thua Thien – Hue, Ho Chi Minh City… pilgrimage to Ponagar Tower to attend the festival commemorating the merits of Thien Y Ana Thanh Mau – who is called Po Inu Nag by Cham residents – the mother of the country who has made many merits help people, bring good things and happiness to them. 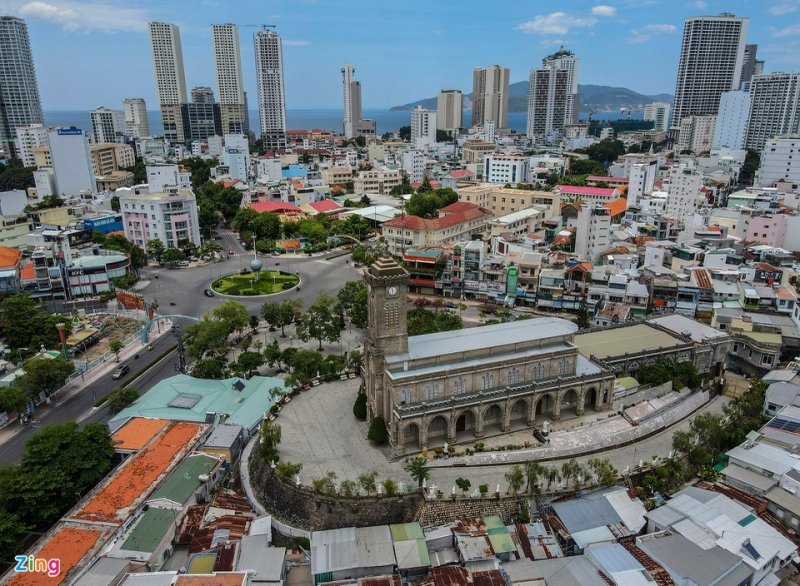 Mountain Church (official name is Christ the King Cathedral) is a Catholic church at 1 Thai Nguyen Street, Phuoc Tan Ward, Nha Trang City. The church was built with mainly stone material and is a place for tourists to visit and admire the scenery. 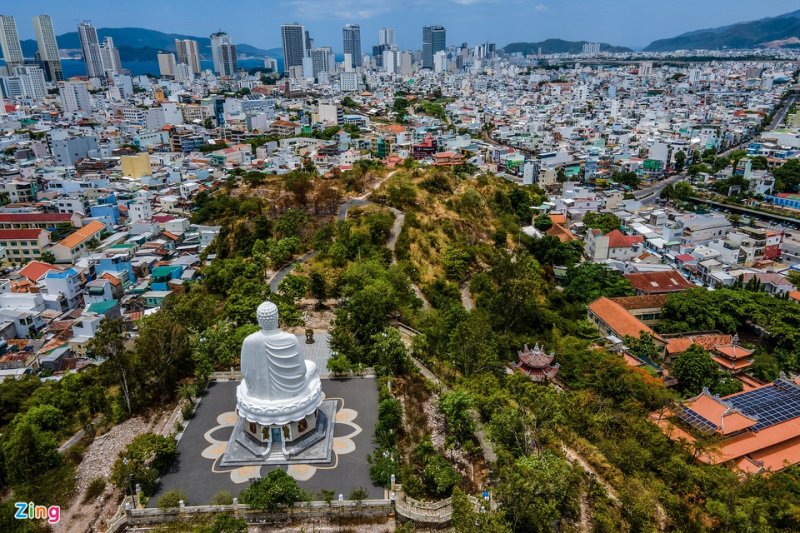 Long Son Pagoda (also known as White Buddha Pagoda) is located on October 23rd, Phuong Son Ward, Nha Trang City. This temple was founded in 1886 by the Most Venerable Thich Ngo Tri (born in 1856). After many restorations, Long Son Pagoda is now one of the most famous temples in Khanh Hoa province in particular and Vietnam in general. 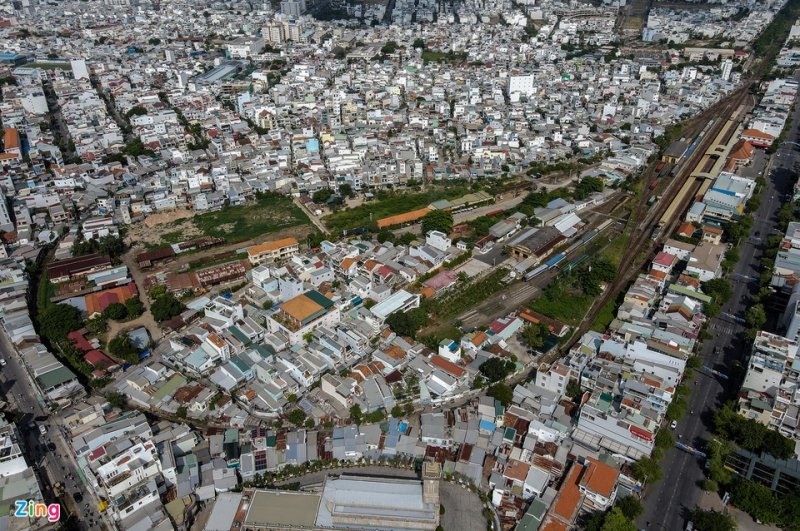 Nha Trang Station is located at 17 Thai Nguyen, Phuoc Tan Ward, Nha Trang City, inaugurated on September 2, 1936. The railway in and out of Nha Trang station is shaped like a unique light bulb. 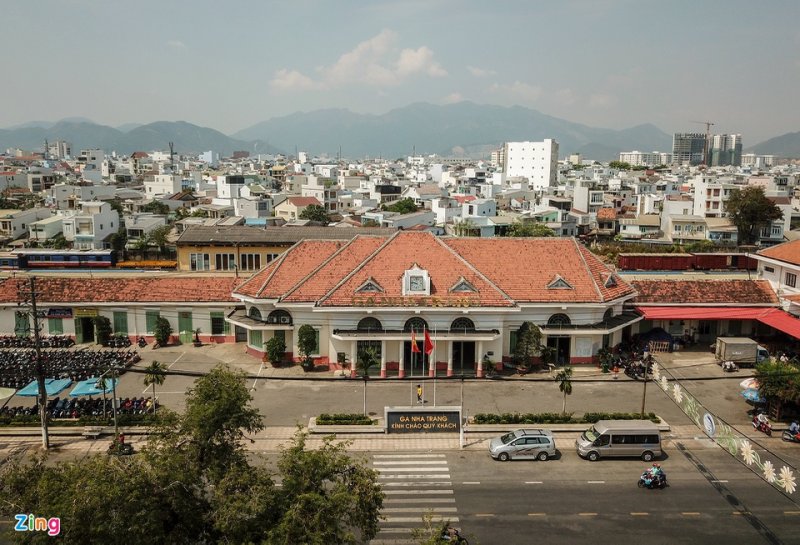 Nha Trang station was the place to witness the people of Khanh Hoa open fire against the French at dawn on October 23, 1945. Up to now, Nha Trang station still retains its unique French architecture and is a provincial historical relic. 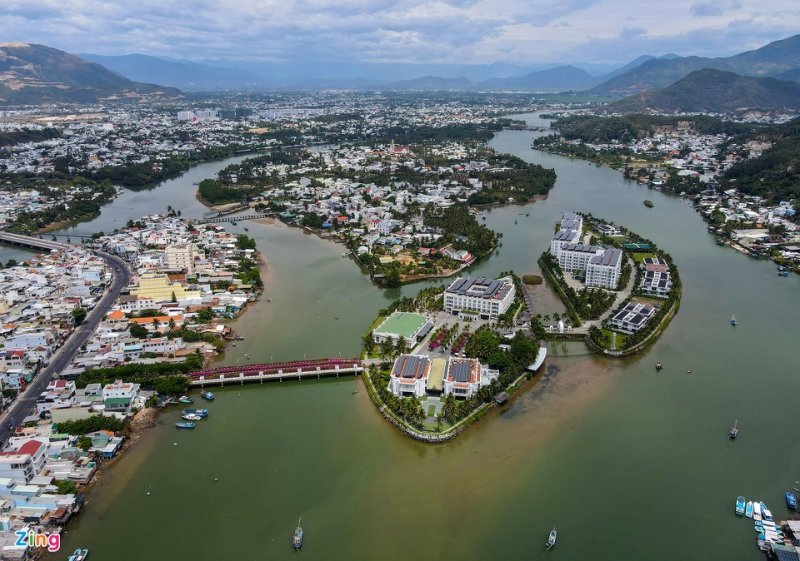 Cai River has a length of 84 km, is the longest river in Khanh Hoa province, is being planned by this locality as a new tourist destination. Once completed, the urban embellishment project on both sides of the river will become a highlight of Nha Trang’s tourism in the future. Follow zingnews
RELATED NEWS
TAG:
Other news