Beehives as big as trays clinging to the rocky cliffs of Cao Bang create a rare spectacular sight. Beeswax shell is the raw material for the women here to cook into wax to print on the fabric.

Coming to Hoai Khao, visitors are immersed in the melodrama of Pao Dung, the costumes are embroidered in a sophisticated way, and enjoy the charming and poetic natural landscape.

In particular, this is a place where the land is good, people are gentle with nature, so every spring there are swarms of bees that come to nest in 2 caves around the village. 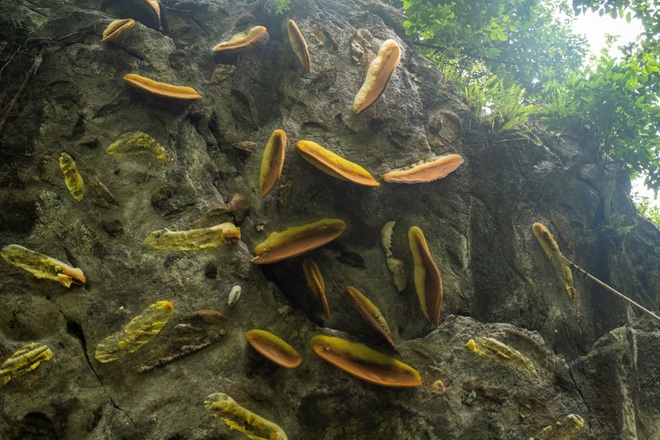 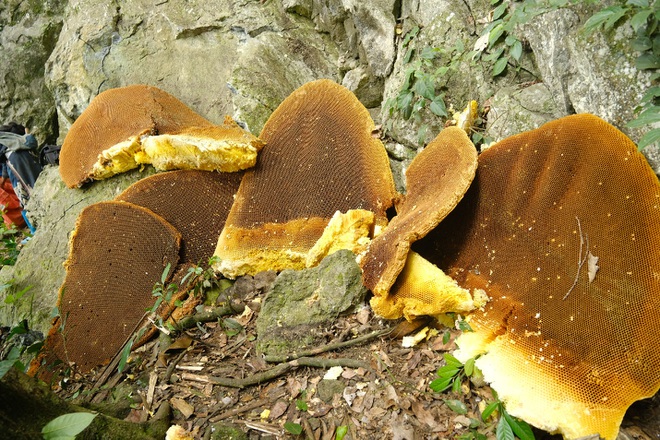 The giant beeswax was poked down by people. 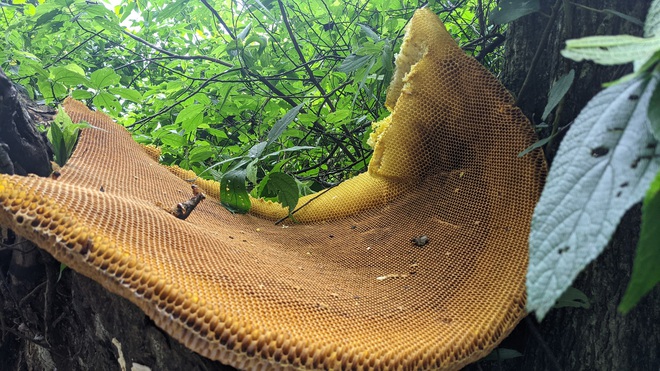 Around the beginning of the 7th lunar month, people will go to harvest beeswax.

Mr. Phung Van Cau, a lawyer currently working in Cao Bang, has just had an experience with the Dao Tien ethnic people going to the forest to get beeswax, said: “The bees come back to nest on the cliffs protected by the people. In particular, there are beehives with a diameter of up to 1.5m. People in the neighborhood tell each other to look after each other so that other people and forest workers come to collect honey, because if honey is taken, the bees will immediately swarm. will leave”. According to Mr. Cau, in Hoai Khao village, there are two places where bees come to nest every year: Trang Vinh and Ta Lac. By the beginning of the 7th lunar month, when observing that the bees had all gone, leaving only the giant beehives hanging on the cliffs, people in the neighborhood organized to collect beeswax. The date of the beeswax collection will be chosen by the witch doctor on a beautiful day. On that day, the magician will hold a ceremony to worship the forest god and the bee god to ask the god to allow people to get the beeswax safely, and pray that next year more bees will return.

Vu Khac Chung, a photographer in Cao Bang, expressed his surprise when he saw the giant beehives with his own eyes: “Captured a lot of beautiful natural and human scenes of Cao Bang, but this is my first time. I witnessed so much beeswax and it was so big. I was able to record all the people’s activities from waxing to cooking wax, a very emotional experience.”

Mr. Phung Van Cau added: “In order to get wax, people make stairs from bamboo, firmly tied with ropes and forest ropes. There is a pole that is joined together to make it longer, at the top. attached to a long, flattened piece of wood that looks like a knife to poke a fallen beehive.

Healthy, sober men are often chosen to climb the cliff to poke the hive. Mothers, aunts, and younger sisters are usually the ones who pick up the entire nest that falls.” 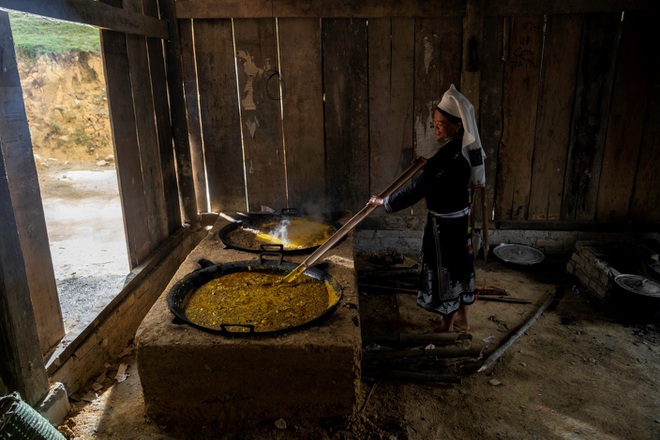 Wax after being retrieved will be processed through stages such as breaking into small pieces and then melting. 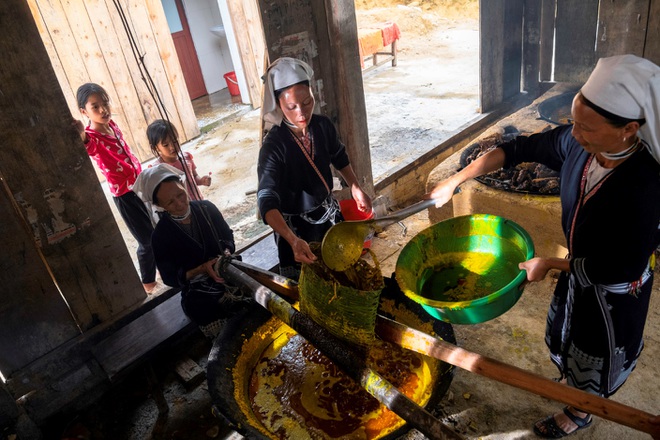 Filter out the impurities, keep only the pure parts to concentrate into wax and then cut them into equal parts, divided among the households in the hamlet. 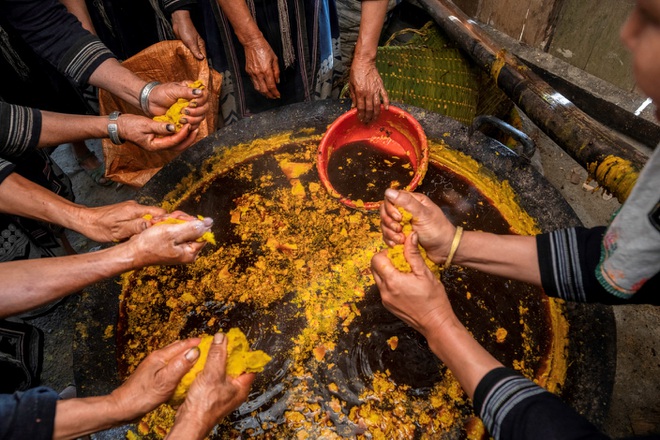 In five years, each household in the hamlet was given 1.4kg of beeswax for household use.

The Dao Tien people here have a very unique method of embroidering and printing patterns with beeswax. All women are proficient in the technique of printing geometric patterns, plants, flowers, birds, animals with beeswax on fabrics to make elaborate costumes of Dao Tien women.

It is the unique culture and activities of the people in preserving and preserving traditional cultural values ​​that have helped Hoai Khao become a rendezvous for many tourists, a favorable condition for the development of this type of tourism. community calendar in the direction of efficiency and sustainability. 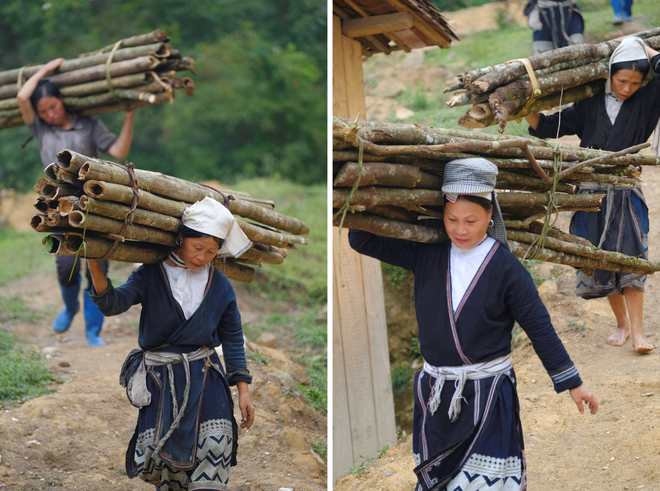 The Dao Tien women in costumes are printed with beeswax motifs.

Coming to Hoai Khao in different seasons, visitors all have unforgettable experiences with the land rich in identity. In the summer, visitors can feel the fresh air of the highlands, zoom in on the green rice fields. In autumn, Hoai Khao puts on a brilliant appearance with a valley of golden rice laden with cotton. Follow Dan trí