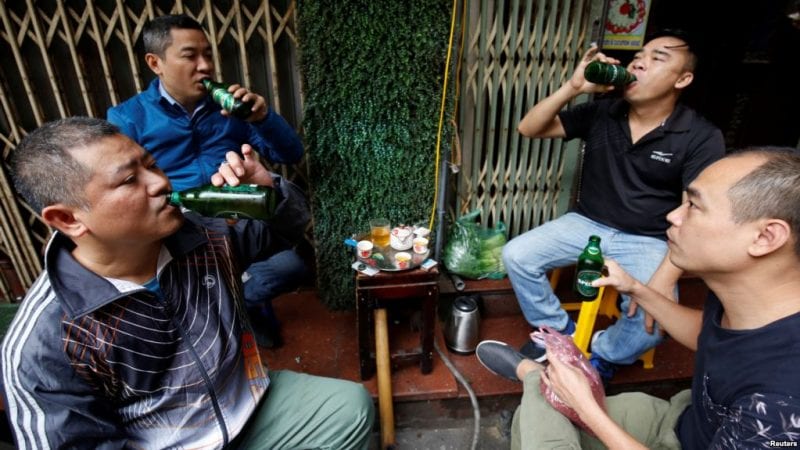 We’ve willingly drunk our way around the globe to uncover the best cities for drinking beer.

New research from online travel agency Booking.com has revealed the best cities to visit around the world for beer lovers – factoring in important metrics such as breweries per 10,000 people, bars, pubs and clubs per 10,000 people, and the average price of a pint.

There are some surprise names on the top 10 list and Vietnam’s capital city of Hanoi listed among 10 best cities to visit around the world for beer lovers.

The country’s relationship with beer started in earnest during the Vietnam War when U.S. soldiers created an increased demand. Today, Hanoi has some of the cheapest and best varieties of beer in Asia. The most popular brands are San Miguel, Tiger 333, Bia Saigon, and Biere Larue. Make sure you also try Bia Hoi, or “fresh beer,” a light-bodied pilsner without preservatives that is brewed and delivered daily to drinking establishments throughout Hanoi.

In general, beer is served over ice, and you always pour your friend’s beer before your own. Toast by saying “tram phan tram” — which translates to “100%” although it’s likely that your local brew will only contain about 3% alcohol.

Other best beer cities in the list are Prague in the Czech Republic, Munich in Germany, Brussels in Belgium and Dublin in Ireland.

Vietnam consumed more than 4.6 billion liters of beer in 2019, an increase of more than 10 percent from 2018. The country spends an average $3.4 billion on alcohol each year, translating to $300 per capita, the VNExpress citing a report from Vietnam’s Health Ministry.