Traveling to Cao Bang and visiting famous destinations such as Ban Gioc Waterfall or Nguom Ngao cave, visitors will certainly not be able to ignore an attractive destination located in this population that is Khuoi Ky stone village, a beautiful village. The traditional village of the Tay people.

Visiting Khuoi Ky stone village, visitors will see with their own eyes the very unique stone houses on stilts. The stone village with the appearance of a majestic Mac dynasty in the past has now become a hard-to-miss check-in point when coming to Cao Bang. 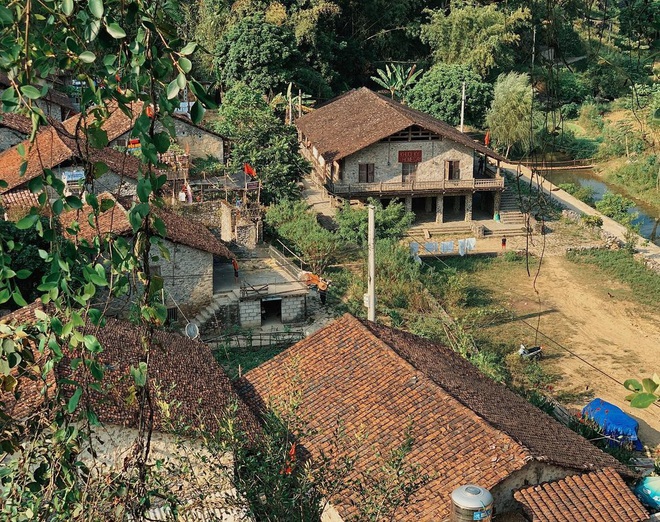 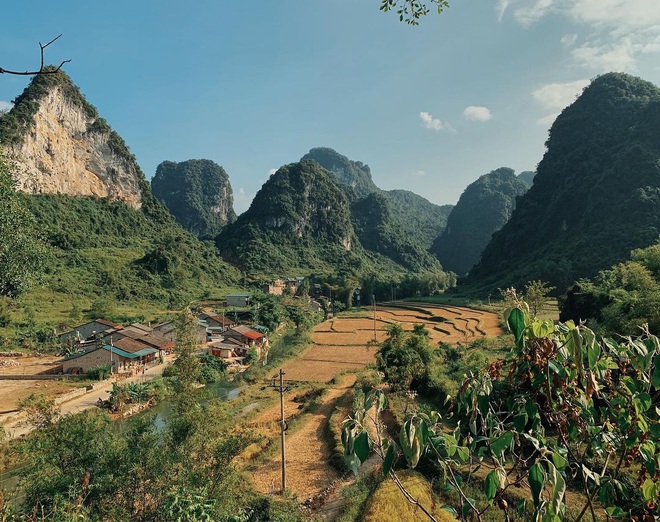 Khuoi Ky is the name of a rather special village in the Ban Gioc waterfall tourist area, located on the provincial road 206, on the way to explore Nguom Ngao cave. The village has 14 stone houses on stilts spread over 10,000 square meters, leaning against the rocky mountains, in front of which is the Khuoi Ky stream.

The feature is probably due to the geographical location in the area with many limestone mountains, so rocks play a very important part in the community life here. Stone is used a lot in the daily life of ethnic minorities. The house is built of stone, the cliff, the foundation is made of stone, the foot of the foundation is also made of stone and reworked. Stone is also used in other constructions such as fences, dams, mills, stoves, etc. 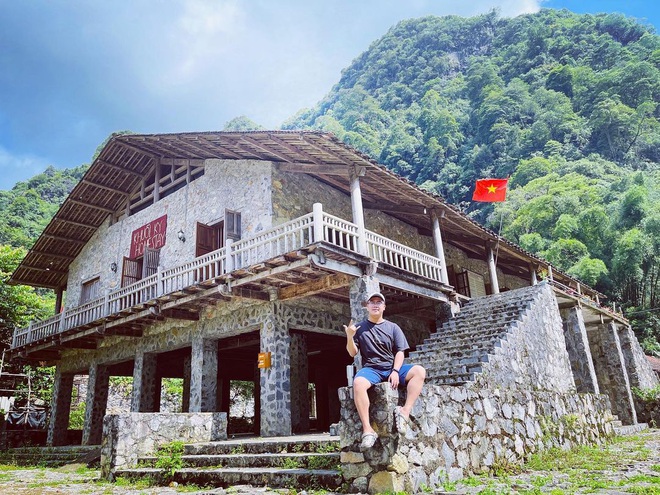 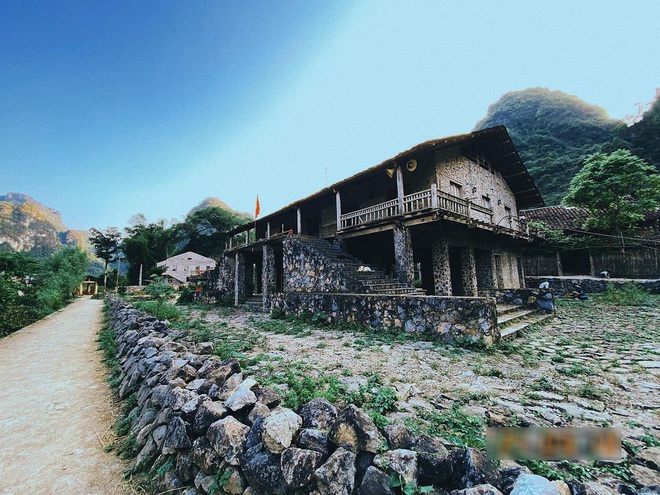 The stone stilt house in Khuoi Ky comes from the religious culture of worshiping the “stone god” of the Tay ethnic group. (Photo: ellie_dang94).

To build a complete stilt house like in Khuoi Ky stone village, people at that time took 2 to 3 years. The stones used are of various sizes stacked and bonded with a mixture of limestone mixed with sand. The walls of the house with a thickness of more than 30cm are extremely strong and solid. The height of each stilt house is from 7m to 8m.

Particularly, the roof will be covered with yin and yang tiles, creating an ancient beauty and harmony in terms of feng shui for the homeowner. Today, all the details and construction materials of each stilt house in this ancient stone village in Cao Bang have been restored almost intact. 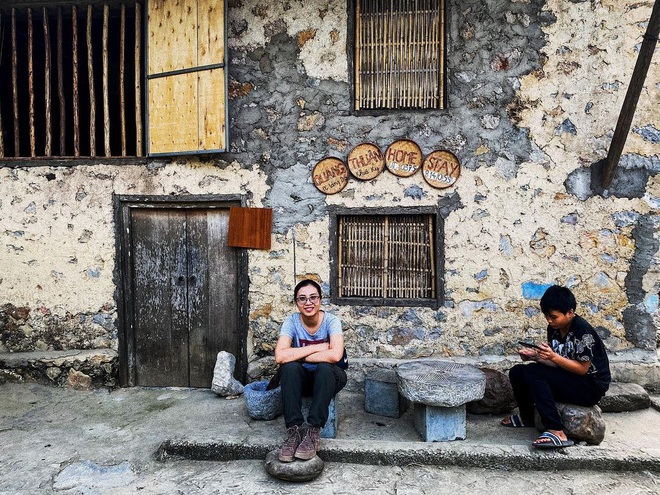 Today, this ancient village has been recognized as a typical traditional cultural village of ethnic minorities. (Photo: ellie_dang94).

Going back in historical time to the years 1594-1677, when the Mac dynasty went to Cao Bang to build citadels to defend, stone houses on stilts were built as “fortresses”. Up to now, the old stilt houses still retain their pristine beauty, bearing an ancient appearance from the Mac Dynasty, creating an ancient and legendary character for this border village. Traveling to Cao Bang and visiting Khuoi Ky stone village in Trung Khanh is a great journey that brings visitors into another world, the world of stone with sacred things that urge visitors to explore. Follow Dan trí