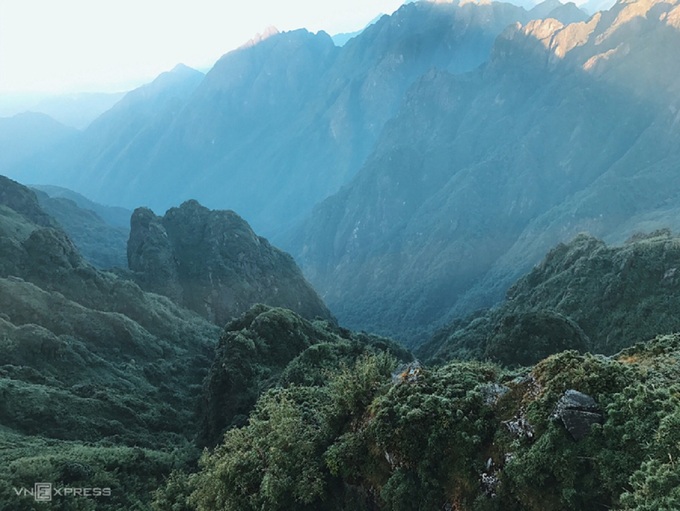 Fansipan (3,143 m) is the highest mountain in Vietnam, known as the Roof of Indochina, located in Hoang Lien National Park, about 10 km from the center of Sapa town, Lao Cai. The right time to climb Fansipan is from September to April, the weather is dry, not too cold. There are 3 roads to the top of Fansipan, in which the Tram Ton route is the most exploited for tourism with the shortest path length, but still has quite diverse and more favorable terrain, it will take you 2 days and 1 night. Popular resting spots for this arc are at 2,200 m at noon and 2,800 m in the evening. Photo: Ngan Duong 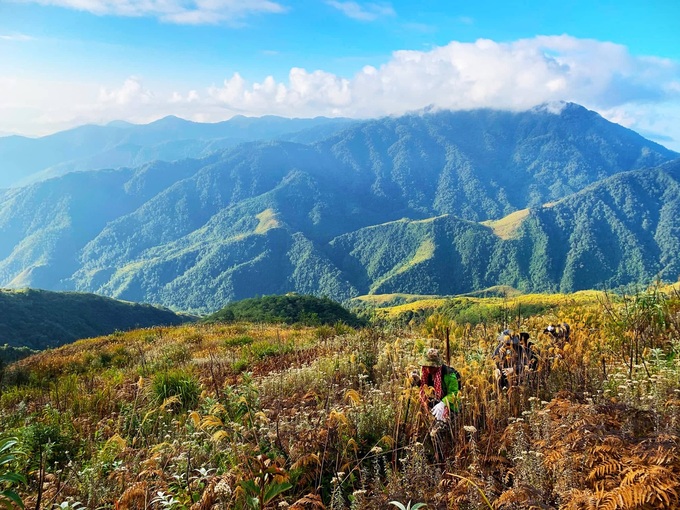 Pusilung Peak (3,083 m) is located in Pa Ve Su commune, Muong Te district, Lai Chau province bordering China. This is the second-highest mountain in Vietnam, after Fansipan. The 3-day 2-night climbing bow with a total length of more than 60 km is a dream destination for experienced climbers because it is the longest and harshest arc in the Northwest. To reach the top, climbers must pass about 11 large and small streams, pristine primeval forests, sections of reed forest, grass thatch, bamboo forest, chestnut, oak, ancient golden rhododendron… especially Especially, you will reach landmark 42 built-in 2008, this is the second-highest border landmark in the whole territory of Vietnam (only after landmark 79) located at an altitude of 2,866 m. Photo: Duc Hung 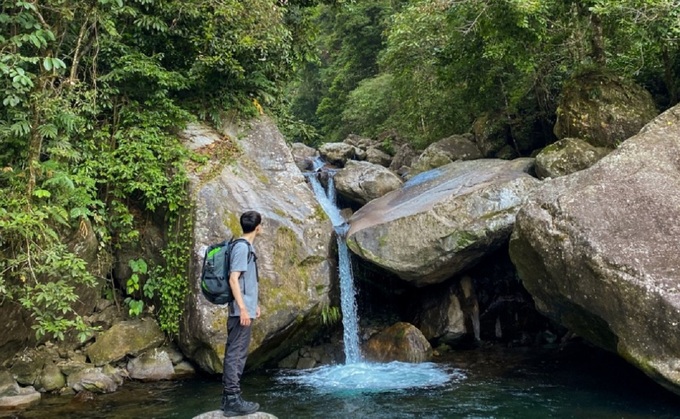 Mount Putaleng (3,049 m) is located in Ta Leng commune, Tam Duong district, Lai Chau province. Long climbing arc, steep mountain terrain, takes about 2 days and 1 night, starting from Pho village, Ho Thau commune and going to Ta Leng street to see all the beautiful scenery of the mountains and have a different climbing experience. The road to Putaleng passes through the gentle Thau stream, many sections have large rocks forming small, fresh and cool water reservoirs. Putaleng’s “difficult” challenge is three steep mountains without a flat section, many climbers have to swing up the branches of forest trees, there are places where they have to crawl on four limbs… the main leg goes. under the forest canopy should avoid the hot sun. Photo: Truong Minh Thuy 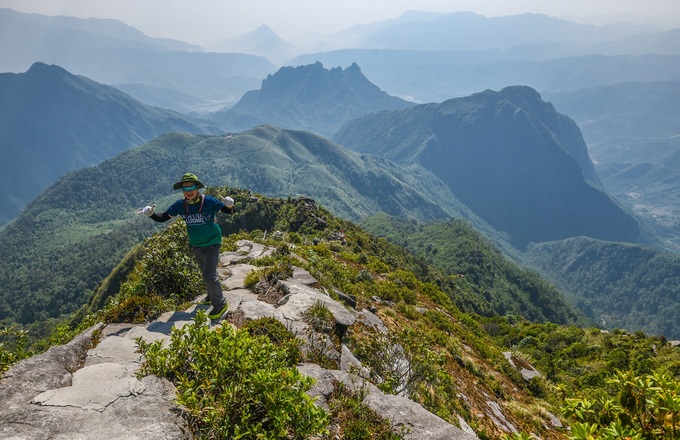 Ky Quan San Range (3,046 m) or Bach Moc Luong Tu, which is the natural boundary dividing Lai Chau and Lao Cai provinces, has just been explored on the way up in 2012. Visitors can choose to depart from either of the two provinces. In this locality, but the most popular bow comes from Sang Ma Sao commune, Bat Xat district, Lao Cai. Muoi Mountain in Ky Quan San range with the highest peak of over 3,000 m is one of the most beautiful spots to watch clouds and sunrise in the northern mountainous region. Conquering Ky Quan San peak in May, visitors will have the opportunity to see the terraced fields of the Mong people in the pouring water season. Photo: Kieu Duong 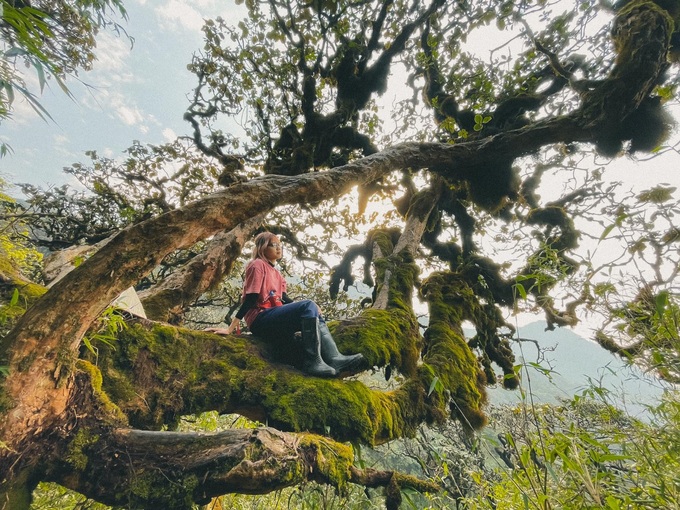 Khang Su Van peak (3,012 m), also known as Phan Lien San or U Thai San, is located in Dao San commune, Phong Tho district, Lai Chau province. The palace with a total length of about 20 km was first conquered by mountaineers in mid-2015 and quickly became a destination for trekkers by passing through the primeval forest with giant moss-covered tree trunks. The 2 day 1 night trip to Khang Su Van peak also passed border milestone 79, the highest landmark in the whole border of Vietnam. Photo: Hang Bap 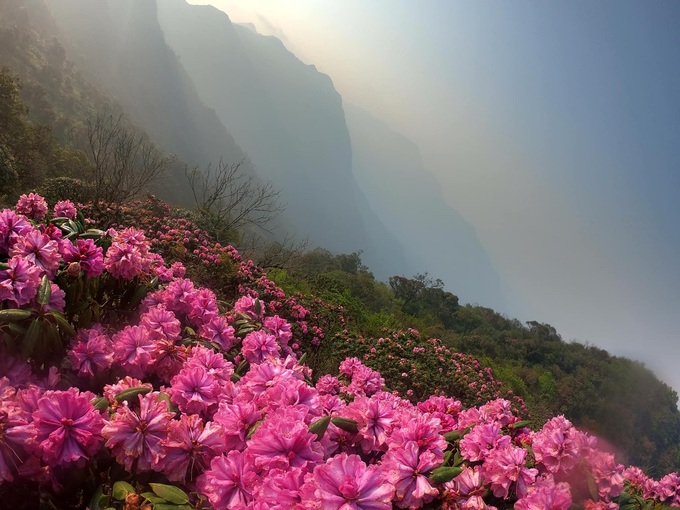 Ta Lien Son (2,996 m) or Co Trau is the highest mountain in Ta Leng commune, Tam Duong district, Lai Chau province. The journey to conquer Ta Lien peak usually takes 2 days and 1 night. The forest in Ta Lien is still very wild with hundreds of years old mossy and mysterious trees. Climbing Ta Lien is not too difficult, currently, on the way, there is a rest stop at an altitude of 2,400 m, convenient for living as well as resting. You should prepare a thin coat, basic medical supplies, enough water to drink for two days. The most suitable time to climb Ta Lien is April-May during the blooming azalea season, with September-October when the maple forest changes color. Photo: Quoc Tuan 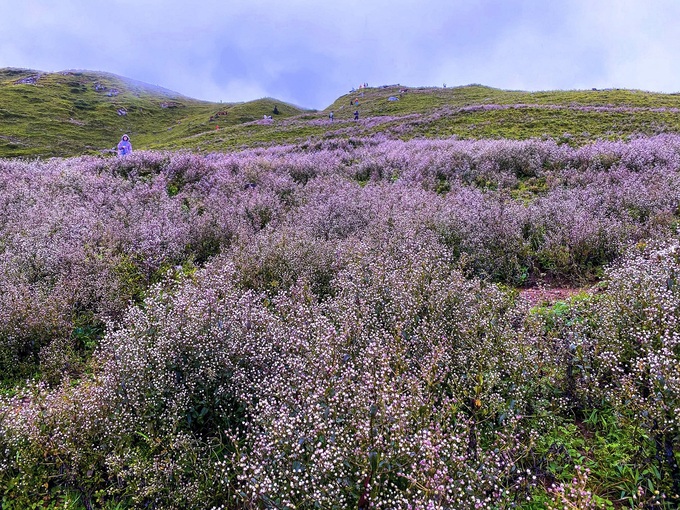 Ta Chi Nhu (2,979 m) , also known as Phu Song Sung by the Thai people or Chung Chua Nha by the Mong people, is located in the Pu Luong massif in the Hoang Lien Son range. The roof of Yen Bai province is located in Xa Ho commune, Tram Tau district, which was first conquered by tourists in 2013 and is known as the “cloud heaven on earth”. The last days of autumn are covered with purple color of chi pau flowers. “Chi pau” in the local H’mong language means “don’t know, don’t understand”, the pale purple flowers that bloom along the mountainside for months on end make many tourists fascinated. Photo: Duc Hung 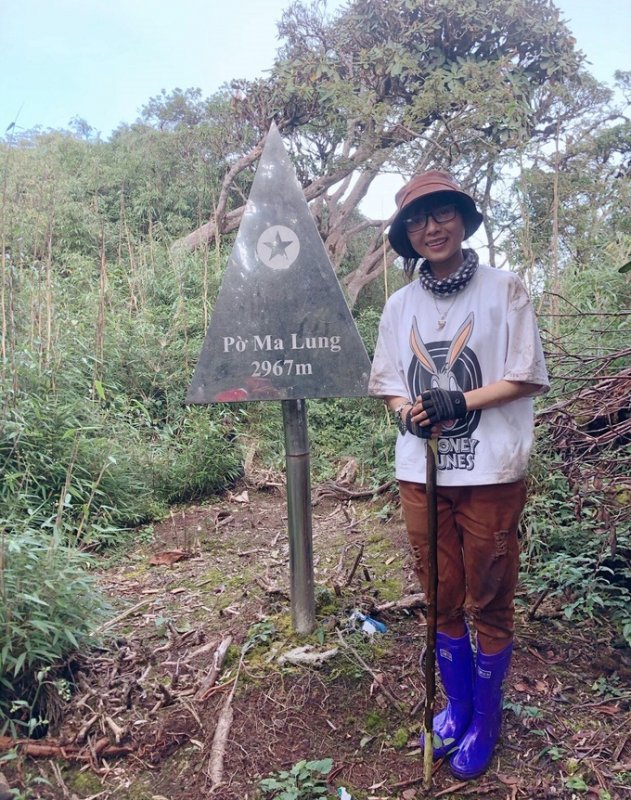 Po Ma Lung peak (2,967 m) in Ban Lang commune, Phong Tho district, Lai Chau has been known to the world since 2017. Although it is only ranked 8th in the top 10 highest mountains in Vietnam, the altitude that people climb Po is at. Ma Lung must overcome is very large, nearly 2,200 m (from 800 m above sea level to nearly 3,000 m), a journey of more than 40 km of mountain roads in 3 days and 2 nights to successfully conquer Po Ma Lung peak and back to Ban Lang commune. Photo: Tieu Chau

Nhiu Co San (2,965 m) , in the Mong ethnic group, means Horn of Buffalo, is located in Sang Ma Sao commune, Bat Xat district, Lao Cai province. Nhiu Co San mountain range has 2 peaks pointing out into the sky, bending like a buffalo horn. In the azalea season in March and April, the whole Nhiu Co San mountain is immersed in red and purple colors, and in late December and early January, the top is often covered with snow. The climbing route also passes through the ancient stone road of Pavi, which was built during the French colonial period in the early years of the 20th century. Video: Hoang Tung 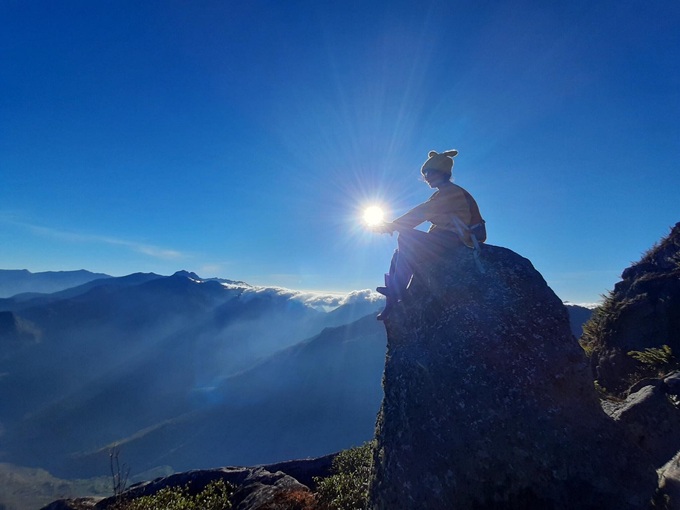 Chung Nhia Vu Peak (2,918 m) in the area of ​​Nam Xe commune, Phong Tho district, Lai Chau, is a natural boundary on the Vietnam – China border, located near the landmarks 83, 84; The foot of the mountain is near landmark 85. From Hanoi, visitors move to Sa Pa, then through Y Ty, then from Y Ty to Nam Xe. The road to Chung Nhia Vu is mainly along streams, almost intact primeval forests with large trees 50 m high. The mountain is quite far from the population and is a natural barrier to China, attracting the community to move from three regions to conquer. Photo: Tieu Chau . Follow vnexpress
RELATED NEWS
TAG:
Other news