From July 1, Hue city was officially expanded with an area of ​​more than 265 square kilometers, a population of over 652,000 people. The land of the Spirit converges all terrains of plains, mountains, rivers, seas, lagoons…

The land of the ancient capital, which is poetic and rich in cultural and historical identities, is now even newer with the space expanded nearly 4 times after adjusting the administrative boundaries and arranging and establishing wards in the city. Hue city, Thua Thien – Hue province.

“The city will include the land embracing the Perfume River and almost the entire Complex of Hue Monuments, extending from the area of ​​Gia Long Tomb to Thuan An Sea,” quoted Mr. Phan Thien Dinh, Party Secretary of the city. Hue Commission.

Where the beauty of the past and the present converge

Arriving in Hue, it is like going back in time to the place where the Nguyen Dynasty used to be the capital for 143 years (since Nguyen Anh ascended the throne, took the name Gia Long in 1802 and ended when King Bao Dai abdicated in Hue). in 1945).

Not only embracing the length of the nation’s history, Than Kinh land also carries with it the inherent tranquility of a sacred heritage region. The complex of Hue monuments is recognized by UNESCO as a World Cultural Heritage, taking you back in time, lost in the ancient palace of the last dynasty in Vietnam, finding human values ​​and settling down. a truly golden age of history.

Prominent among them are the Citadel, An Dinh Palace or the system of tombs of the Nguyen Dynasty including Gia Long, Minh Mang, Khai Dinh, Tu Duc, Thieu Tri, Dong Khanh, and Duc Duc tombs. Each location possesses unique architecture with sophisticated carvings, nostalgic features and charming scenery that is hard to be confused with anywhere else. Tomb of Khai Dinh, Tu Duc and Minh Mang are the 3 most visited mausoleums in Hue. Photo: Tai Pham.

In the midst of a scene full of nostalgia, the countryside of Hue silently cherishes each person’s vibes. The stops with different colors and colors are like bridges between the past and the present.

If you want to immerse yourself in the sky and water, Ru Cha, the only remaining primeval mangrove forest in the Tam Giang lagoon system, is an ideal rendezvous for you to explore. Thuan An or Hai Duong beach, now in Hue city, will conquer the souls who love the sea.

If you are fascinated by the beauty of the pine forest, you can go to Thien An and Vong Canh hills. Son Tho Lake, which has a green landscape like a steppe, is also a destination attracting young people to organize camping and picnics in recent times. 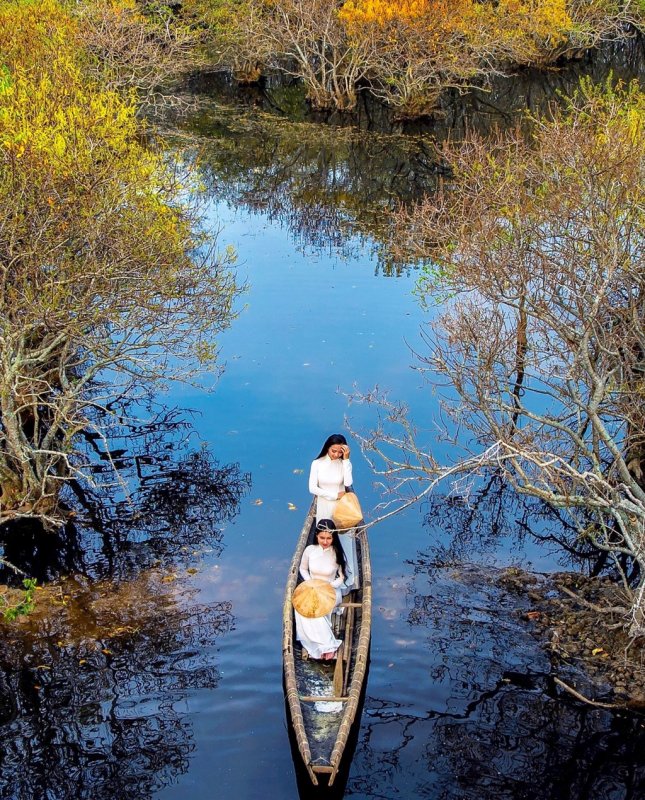 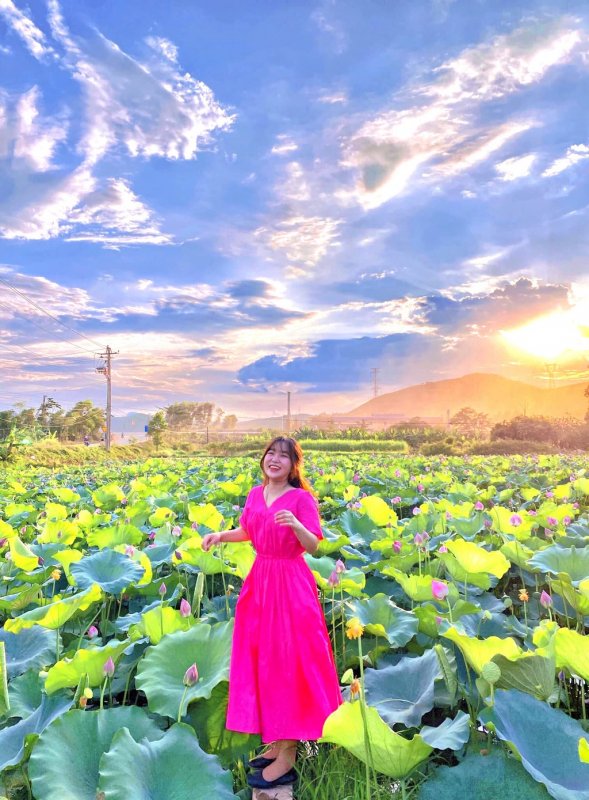 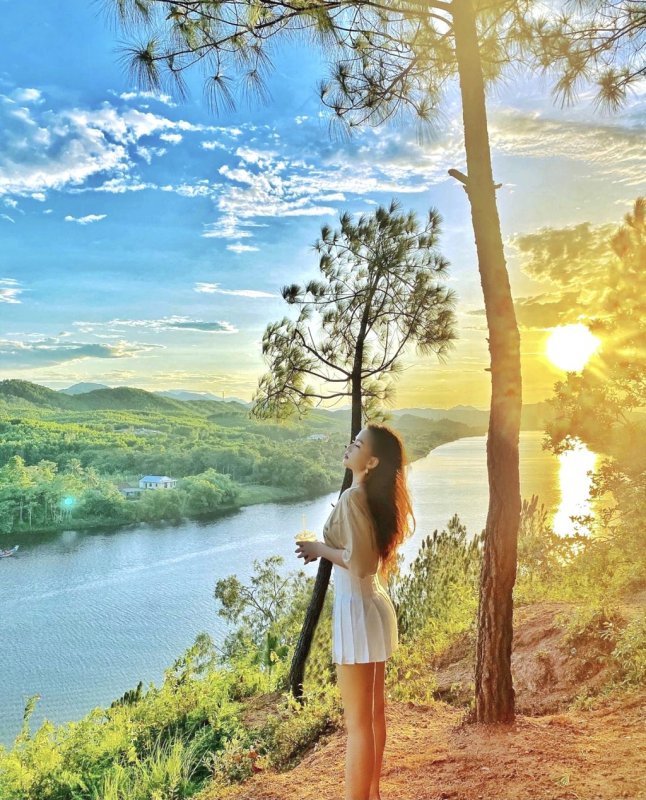 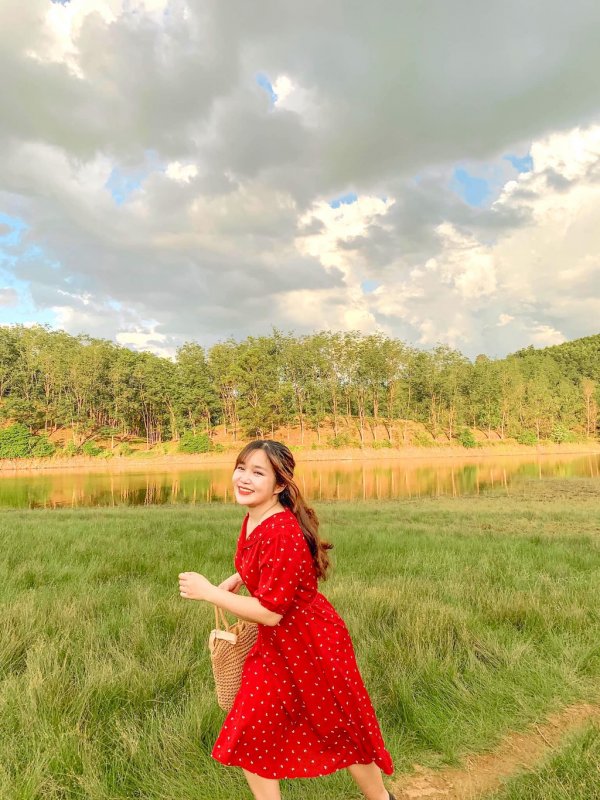 The scenery in Hue makes each person feel like they are watering their soul. Photo: Le Huy Hoang Hai, Thien Phuoc, __maiquynh.

Hue put a suitable gift in my hand, enough for both yesterday and today. When you come to Bao Vinh old town, the land will remind you of the bustling commercial port “on the dock under the boat” once. Chi Lang – Gia Hoi street also preserves many mossy quiet houses and temples with clear Chinese architectural style.

The land of mountains and rivers that know how to warm thousands of thoughts is left open not only through the natural scenery but also leading you to a peaceful and quiet place infamous temples such as Thien Mu, Tu Dam, Tu Hieu. , Huyen Khong…

Sticking with the flow of history and culture of Hue for decades, the two largest churches of the ancient capital, Phu Cam Church and the Redemptorist Order, have also become familiar and friendly destinations for local people. 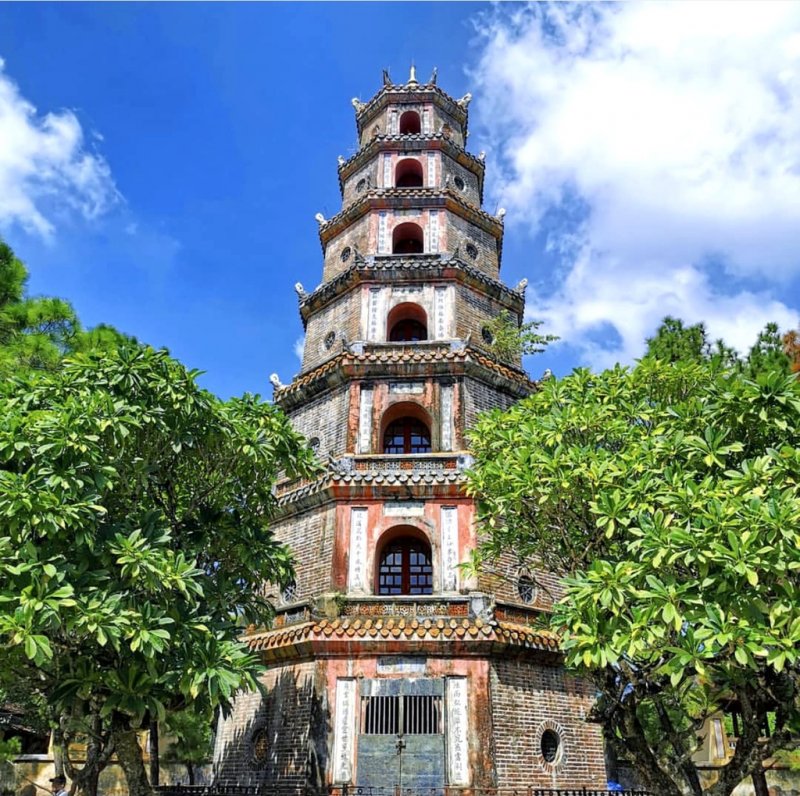 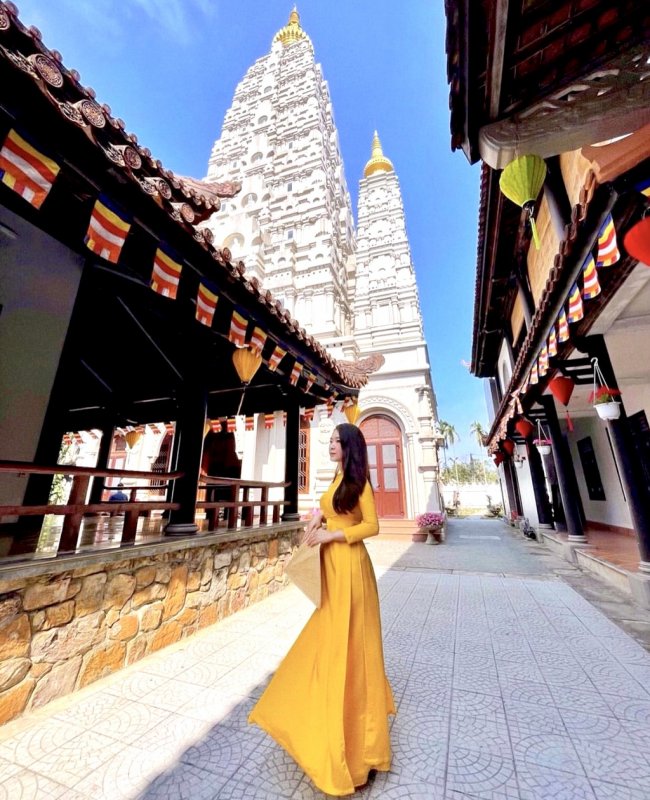 Hue also has a variety of nightlife activities. Immersed in the vibrant tunes of the Western Quarter, enjoying the culinary paradise, and watching the city from the overhead cafe are experiences favored by young people.

The semicircular bridge area at Ben Me, the ironwood pedestrian bridge, the fountain in Ly Tu Trong Park are places where people often come to chat, stroll, relax… For guests coming from far away Taking a dragon boat to listen to Hue songs on the Perfume River is one of the experiences worth trying.

However, currently, due to the complicated developments of the Covid-19 epidemic, some activities are being paused, many services are limited in capacity and ensure the implementation of safety measures to prevent and control the epidemic. .

See Hue from a different perspective

Hue now appears more and more on the screen, the beauty of the peaceful land is spread closer to friends from all over the world. Many places in the city like wearing new clothes when being chosen as the main scenes in MVs or movies attract domestic and foreign audiences. 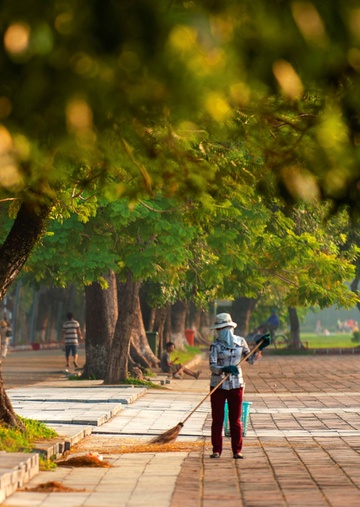 In the early morning, heaven and earth, waves and water seem to be one. In the still picture, from time to time, you will see a few boats passing by, hear the “knock” sound of local people catching fish on the Huong Giang river.

Also from this cool water, many people have the opportunity to experience stand-up paddleboarding (SUP) and admire the uniqueness of the heritage city.

Hue in everyday life carries in itself many simple features, imprinted on the curtain of life. Industrious workers with sincere smiles, suffering in the midst of rainy and sunny seasons have become an indispensable “slice” of the central land.

Each quiet road, lined with green trees and fresh air helps people of all ages have more relaxing moments when cycling or jogging. Visitors also have the opportunity to enjoy some interesting walks under the flowers and sunshine of the city. 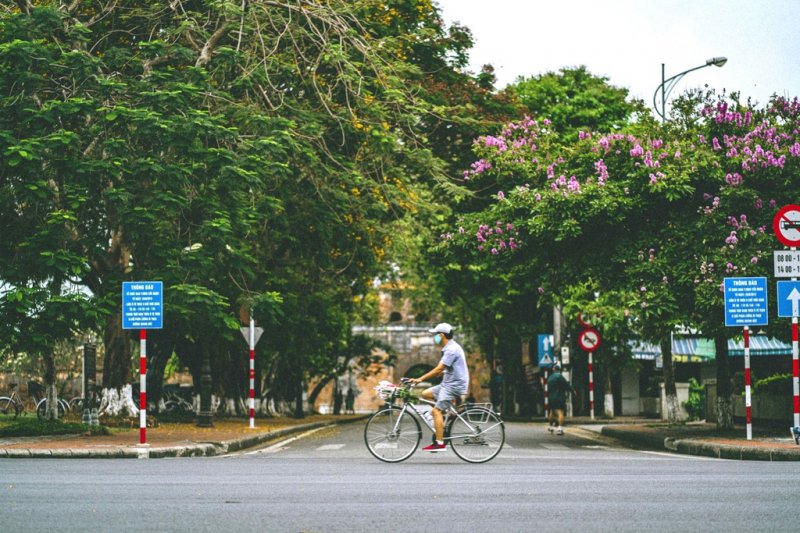 Hue is peaceful in the early morning. Photo: Truong Bui .

Hue in recent years has undergone a transformation. Although it is slow, it is enough for the people living here to be happy and all the children from abroad are eager to reunite.

Coming to Hue, you don’t need to put on too many responsibilities, questions or feelings. Hue teaches us to live, to love and to remember, to stop being busy, to give ourselves a little time to look at life.

It seems that Hue is a place where people near should try to go far to understand, people far away should visit once to empathize. This land may not surprise us with the change but those who love it enough will realize that Hue is always different every day.