The prismatic basalt blocks lie close together to form a strangely shaped rock complex, dating back hundreds of millions of years.

The stone beach has hundreds of hexagonal-shaped stone columns, which are arranged side by side, looking from above, this place looks like a giant stone “beehive”. According to geologists, in terms of form, the rock in the stream passing through Van village has similarities with Ghenh Da Dia, which is over 100 million years old.

This site is located between La Phi commune and Yaly town, the stream flows through many Jrai villages before emptying into the reservoir of Yaly Hydropower Plant. While the stream flows to the section of Van village, a rocky beach about 2 hectares wide emerges. 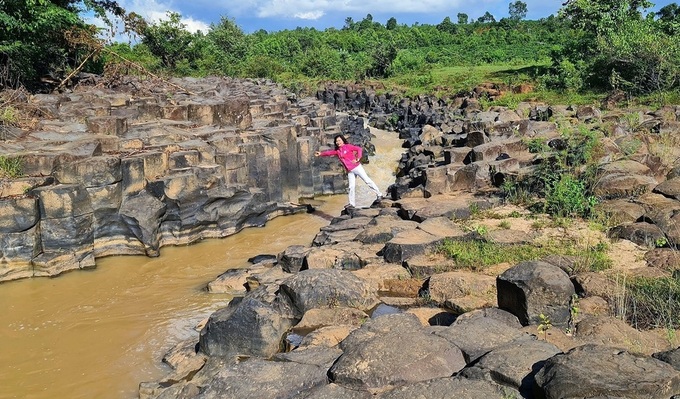 The stone beach of Van village has the highlight of a horizontal stream dividing the rock into two equal parts. Photo: Nguyen Thi Bich Van

For a long time, the rock population here was under the strong impact of the Ayun River, so it was significantly eroded and created different images compared to the ancient rock in Van village. The road to the rocky beach is winding, the path is small, there are many slopes. Upon arrival, visitors can ask H’Chan hydropower plant workers for instructions. This place sometimes has groups of visitors, mostly teachers, students and young people in the communes of Chu Se and Mang Yang districts. 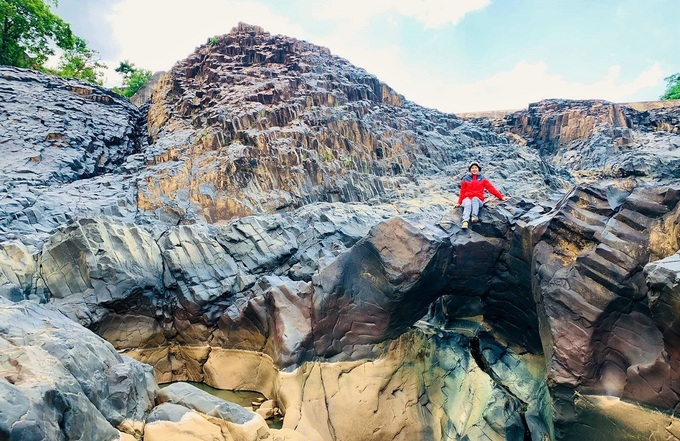 About 50 km from An Khe town is Kong Chro district, the people here are proud that the district has a “stone paradise” in Kong Yang commune, rocky beaches associated with many mysterious and sacred legends. In the language of the Ba Na people, Kong Chro means a big mountain, and Kong Yang means a mountain of heaven and a sacred mountain. The Ba Na people believe that the rock clusters and rocky mountains in the commune are the place where the mountain god resides, the house of Yang.

The hexagonal-shaped basalt pillars are hidden deep in the soil like piles from 1.5 m to 3 m long each, lying close together. The rocks grow so closely together, but the forest trees in the Kong Yang commune are still alive. Visitors to Kong Yang commune can visit Ong rock mountain in Hra village, located next to the gentle Ba river, the vertical mountain with a cluster of hexagonal rocks protruding from the side is the highlight of this area. 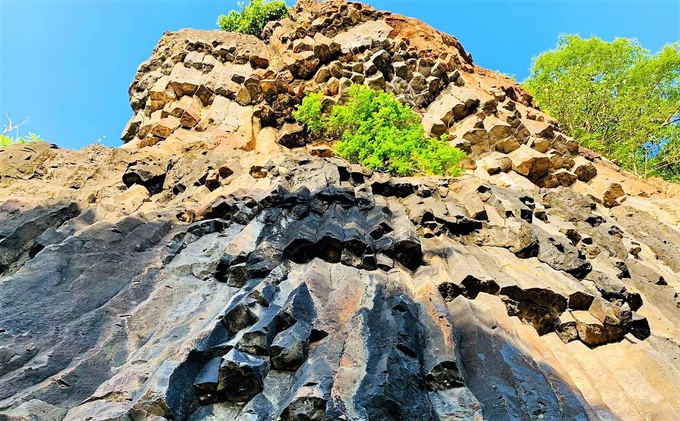