Le Van Anh Tai used a drone to capture the country scene from above into beautiful pictures. 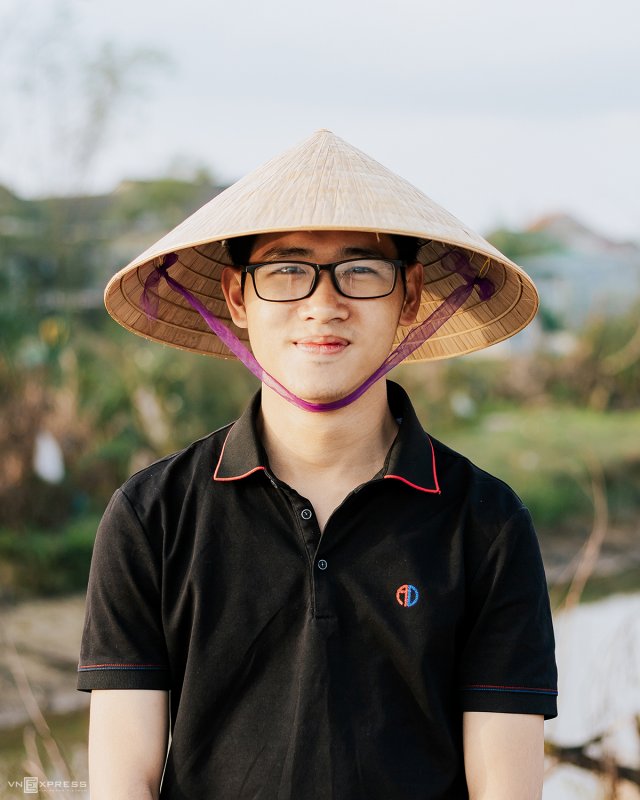 Le Van Anh Tai, born in 1997, originally from Quang Nam, started his journey to capture the beauty of Vietnam more than a year ago. Up to now, the media guy has set foot in about 30 provinces. Tai’s set of photos taken from above Vietnam was posted on “moving” community sites, receiving great attention from travel lovers. Instead of being forced to follow the classic horizontal and vertical ratio, Anh Tai chose the 4:5 ratio to make a mark for his photos. 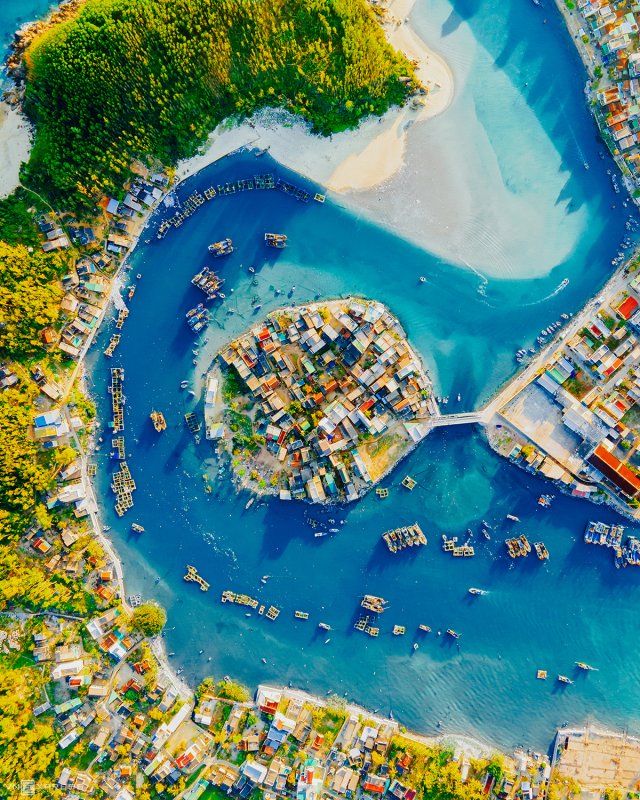 Con hamlet, Quang Ngai, appears very bright with the image of dunes in the middle of the river. According to Anh Tai, most of his photos were taken in a hurry because he was taking advantage of the time he was at work. Everything is not prepared in advance, so post-production is very important. On average, it takes him about 10-30 minutes to post-process a photo. 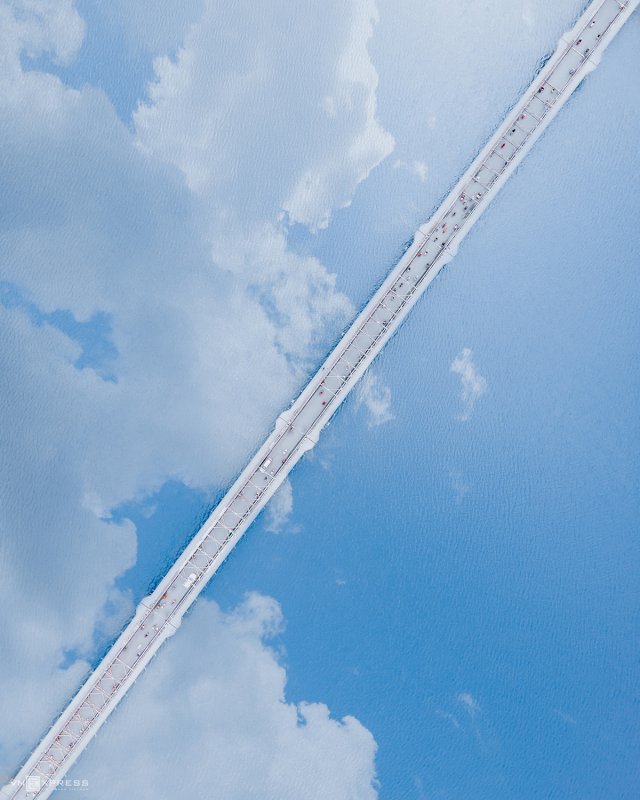 The photo of Truong Tien Bridge, Hue especially attracted the attention of the online community. “Tearing through the sky”, “Like praying to heaven”, “Like a white streak in the sky when an airplane passes”… are the comments that Mr. Tai received from the community. The boy shared, the picture is great luck for him. While on a business trip, flying a drone across the bridge, seeing the shadow of the trees covering the lake, Anh Tai decided to fly to an altitude of nearly 300 m and encountered this scene. 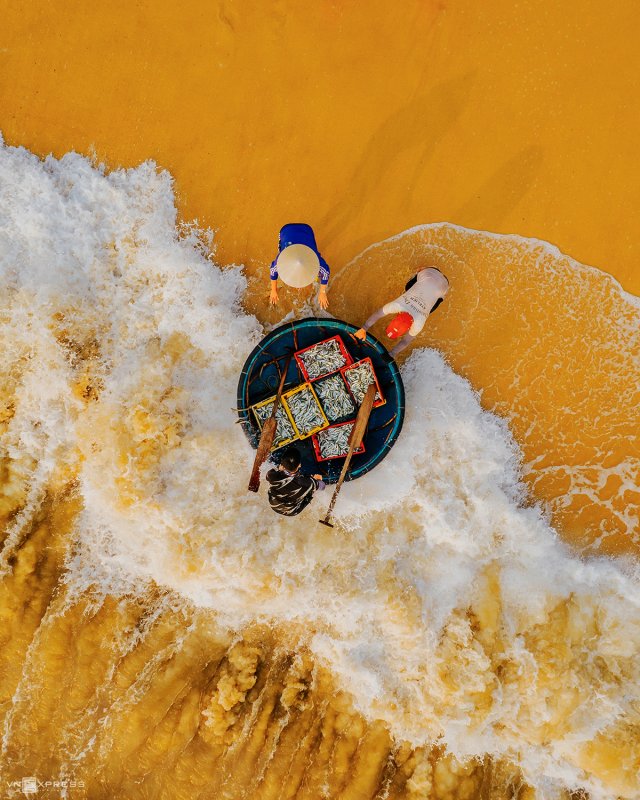 Nhan Trach personal market, Quang Binh early morning is dyed yellow in the dawn light. Fishermen ran to the basket boat, collecting the fish caught from the previous night and bringing it to the shore. 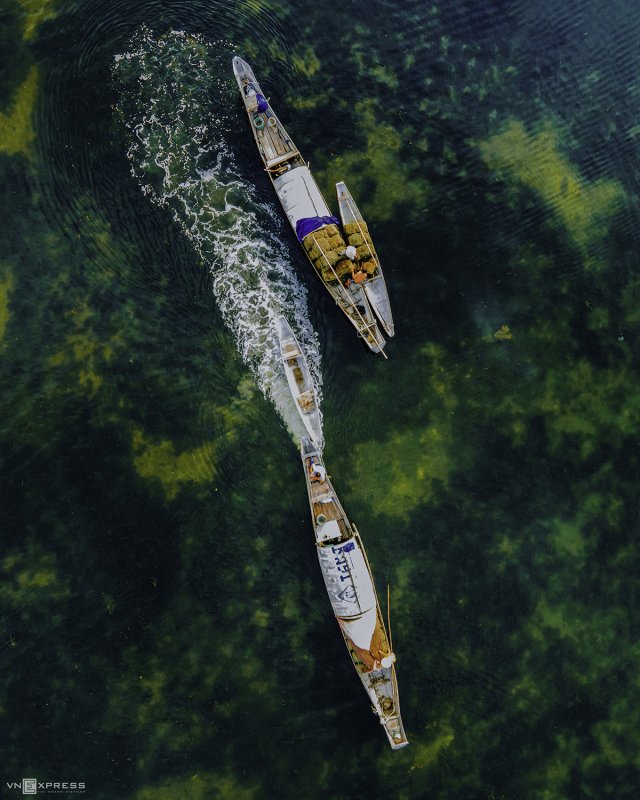 Ngu My Thanh floating market, Hue, seen from above, can clearly see the thick layer of moss on the bottom of the Quang Loi lagoon. Mr. Tai shared when observing this scene from the perspective of a bird, he felt like an oil painting. 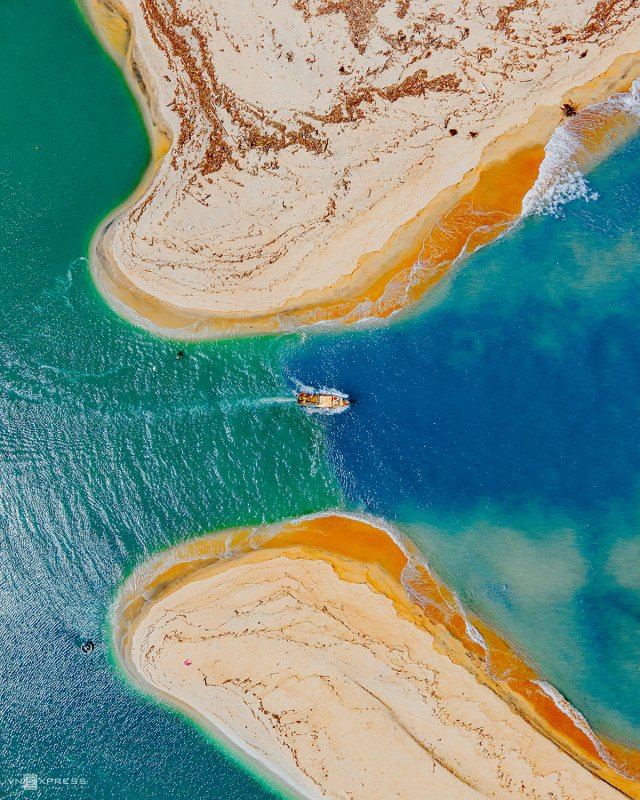 The moment the ship was going from the river to the sea, in the middle of the two glasses of water was “caught” by the young photographer. Co Luy estuary, Quang Ngai is where the river meets the sea, so right at this location, there are two separate watercolors. 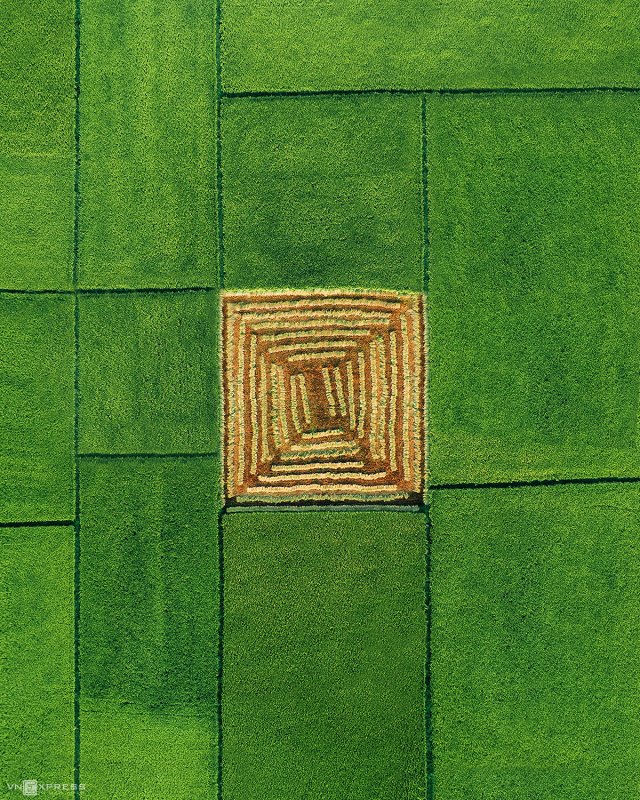 Vinh Linh, Quang Tri are covered with rice color with square fields, looking like a magical maze. According to Anh Tai, people are used to images from a traditional perspective. With a bird’s-eye view from photos taken with drones, the guy observes things in a new way, thereby forming a hobby of taking photos from above. 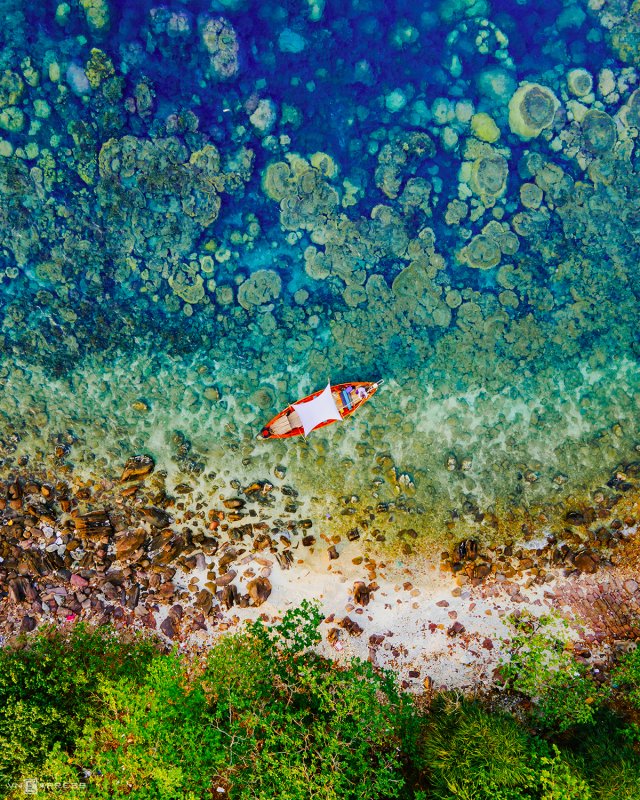 Hon Bang, Phu Quoc, seen from above, clearly see the unique geology. Tai shared, his photo is one of the first photos taken with a drone on this island. 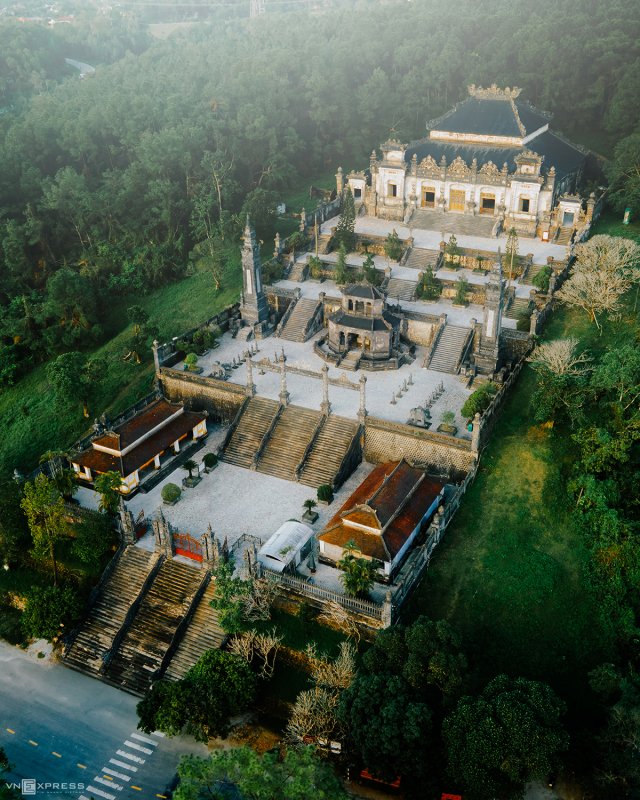 Khai Dinh Tomb, Hue is dignified and mysterious in the mist. This place is associated with Anh Tai’s unforgettable memory when he crashed his drone and got stuck in a tree about 4m high. At that time, a local resident and a taxi driver passing by saw Tai struggling and helped him get the drone back. The taxi driver also used his shoulder as a fulcrum to help the young man climb to the top of the tree. Fortunately, Tai’s tools were only slightly scratched and there was no serious damage. 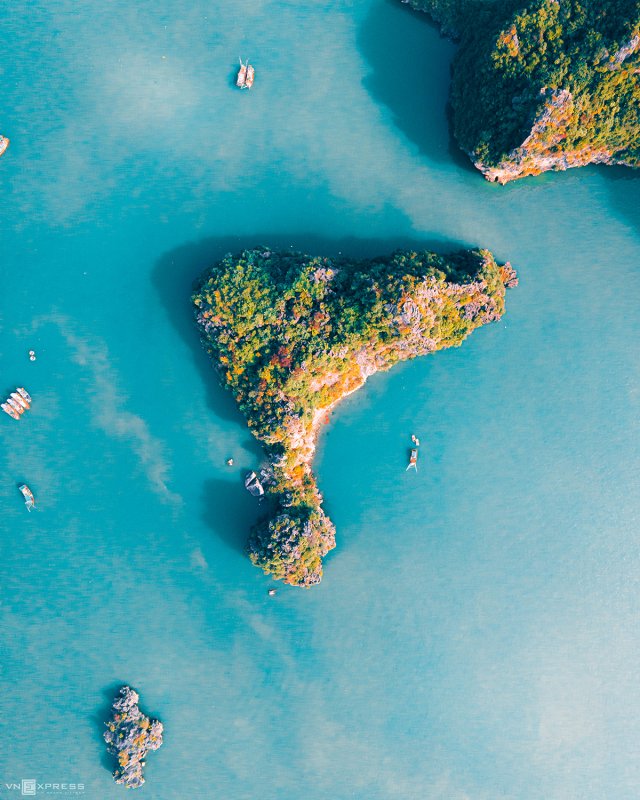 A corner of Ha Long Bay, Quang Ninh is humorously likened by a young man to “chicken thighs” when viewed from above. 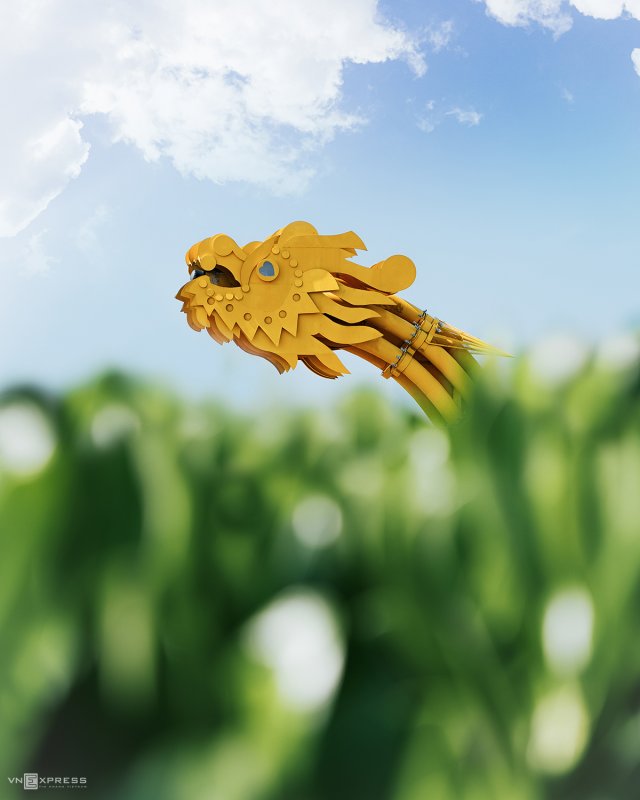 In addition to photos taken from above, Anh Tai also takes pictures with a regular camera, but with unique and new angles.

Tai shared, up to now, thanks to the photos shared on social networks, more people know him. He has made many new friends, including foreigners. For him, it is small, but he is proud of helping to promote the image of Vietnam to the world. Follow vnexpress