The set of 9 large bronze crests cast in Hue citadel under the reign of King Minh Mang of the Nguyen Dynasty was started in October 1835, lasted until the beginning of 1837 to be completed. On March 4, 1837, the Nguyen Dynasty held a ceremony to inaugurate and secure the Cuu Dinh under the chairmanship of King Minh Mang.
The Nine Peaks is considered a symbol and a weapon of the Nguyen dynasty at the time. After casting, these 9 peaks were placed in the courtyard in front of The To Mieu, behind Hien Lam Cac in the Imperial Citadel (Citadel) – Hue citadel. The vertices are named respectively: Peak Peak, Nhan Peak, Chuong Peak, Anh Dinh, Nghi Dinh, Thuan Dinh, Tuyen Peak, Du Peak, and Huyen Dinh.
The 9 peaks are lined up in a horizontal row, opposite the 9 altars in The To Mieu, corresponding to the 9 kings worshiped in the temple. Particularly, the largest crest (the Peak) is the one corresponding to King Gia Long – the founding king of the Nguyen Dynasty – placed in the middle and inched forward compared to the other 8. 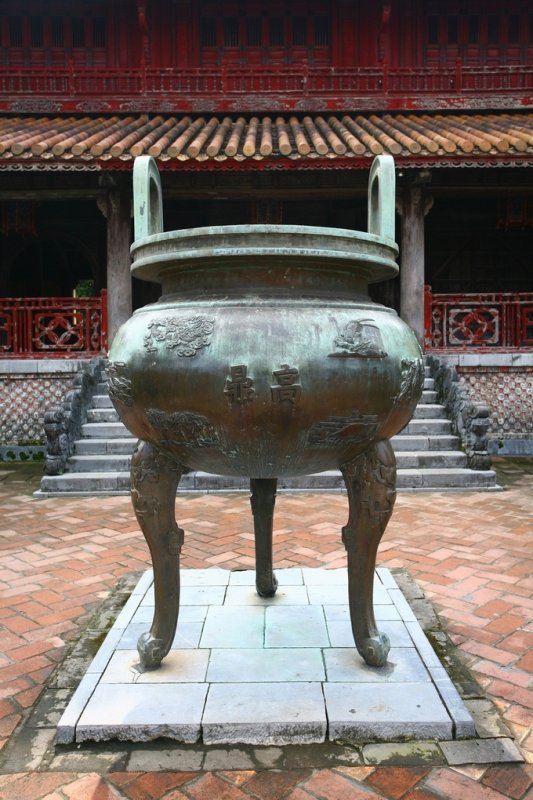 Nine peaks are cast according to the traditional manual method. The clay mold is also meticulously handcrafted. Once completed, all moldings are demolished to avoid duplication. The shaping of the vertices, as well as the carvings, patterns, and motifs on the Nine Peaks is extremely sophisticated, and is a diversity in unity, unprecedented in works and works of art that have existed in the past. Vietnam history. Therefore, the Nine Peaks is unique, not repeated anywhere. The 9 peaks is considered the encyclopedia of Vietnam, which was compiled in a general, rich and ingenious manner by feudal scholars.
On each vertex, there are 18 (which is a multiple of 9) carved figures in relief, except for one engraved with the name of the vertex, the remaining 17 images are images depicting the scenery and products of the country. In total, there are 153 bold national and folk images with the same name engraved on 9 peaks. These images are divided into groups, each group has 9 carvings on 9 peaks such as stars, mountains and rivers, sea mouths, territorial seas, gates, flowers and plants, animals, weapons, boats… 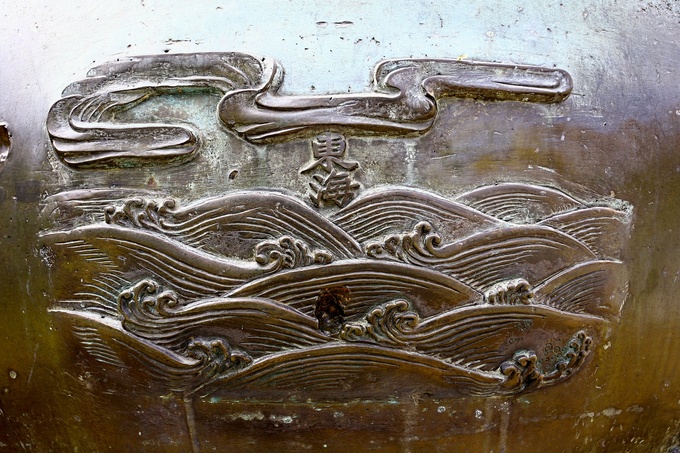 The Nine Peaks is also considered a geographical book of Vietnam, with typical landmarks and landscapes introduced throughout the three regions, expressing a peaceful thought and unifying the country. In particular, the Nguyen Dynasty established the sovereignty of Vietnam’s national territorial waters on the Nine Peaks at the three largest peaks. That is the image of Dong Hai (East Sea – engraved on the Peak), and also the seas of Nam Hai (southern sea of ​​the country, areas of Bac Lieu, Ca Mau – engraved on Nhan Peak), Tay Hai. west coast of the country, areas of Ca Mau and Kien Giang provinces, bordering the Gulf of Thailand – engraved on the top chapter).
On the picture is Dong Hai (the peak) which is the eastern sea of ​​the country. 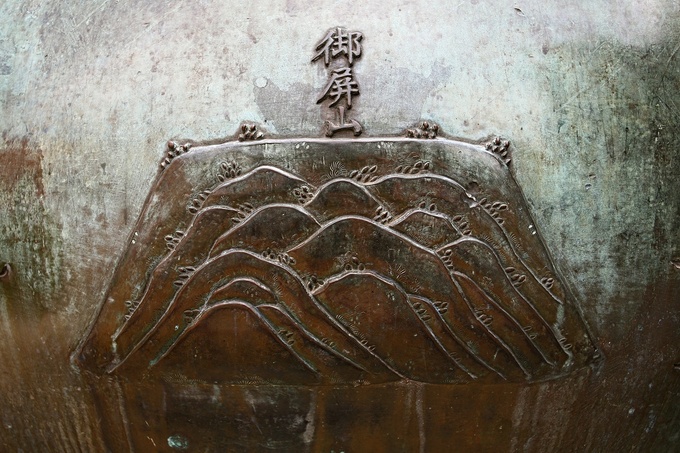 Recently, after two years of researching and building documents, the Hue Monuments Conservation Center has completed a documentary heritage dossier for the Nine Peaks, submitted to the Ministry of Culture, Sports and Tourism for consideration before submitting it to the Ministry of Culture, Sports and Tourism. submit to UNESCO to recognize the Nine Peaks as a World Documentary Heritage.
On the picture is Ngu Binh Son carved on Nhan peak – Ngu Binh mountain is the mountain in front of Hue Citadel, considered the “pre-crime” of the Citadel. 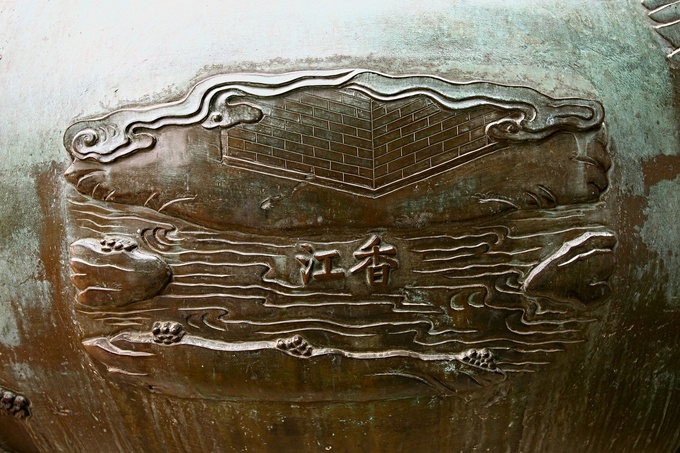 Huong Giang engraved on Nhan Dinh – Perfume River, a large river in Thua Thien Hue, flows in front of Hue Citadel and empties into the sea at Thuan An estuary. 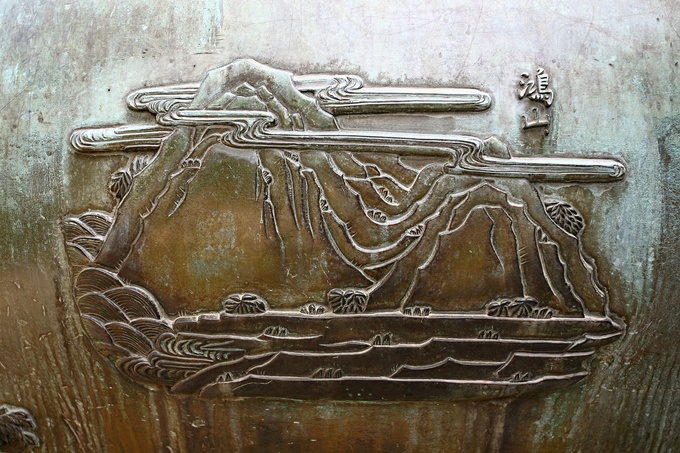 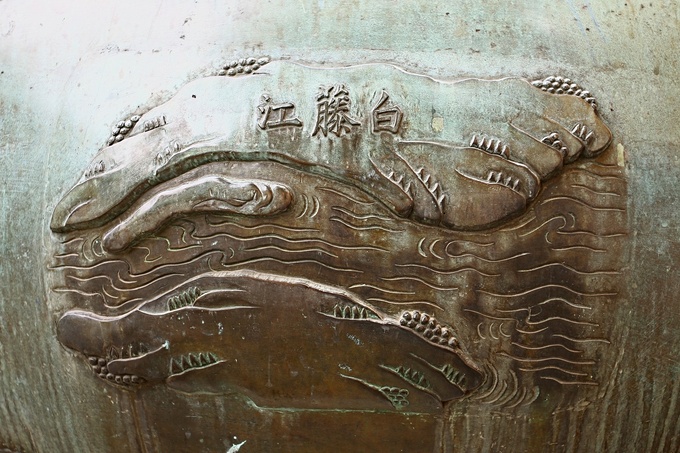 Bach Dang Giang engraved on the summit – Bach Dang river is a large river in the northeast of the country, flowing through the provinces of Quang Ninh and Hai Phong. Bach Dang River marked history with naval battles against invaders. 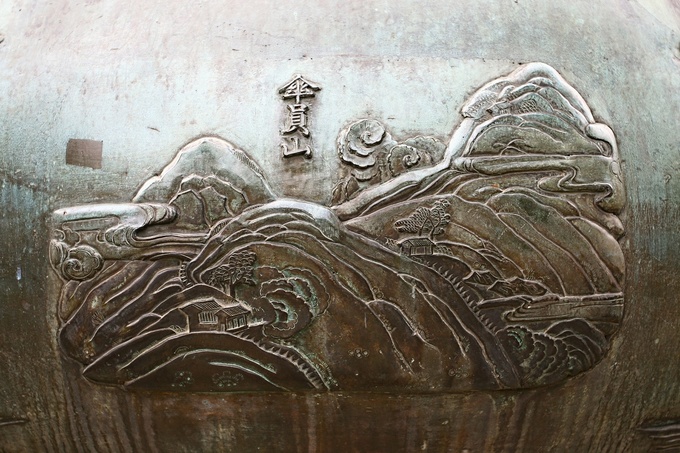 Hoanh Son carved on Huyen peak – Hoanh Son mountain or Ngang Pass, the border mountain range between Ha Tinh and Quang Binh in the North Central region; In the past, it was the boundary between Dai Viet and Champa. On the mountain, there is a town called Hoanh Son Quan that still exists today. Da Nang Haikou is engraved on the top example – Da Nang estuary (also known as Han estuary, Han bay), where the Cam Le river flows to the Han puddle and then empties into the sea. 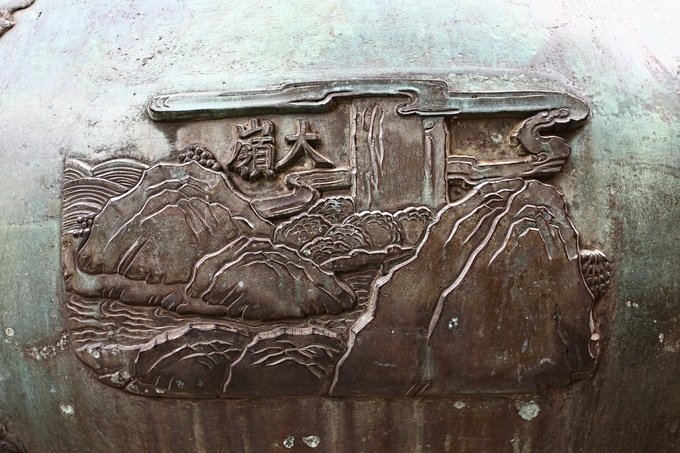 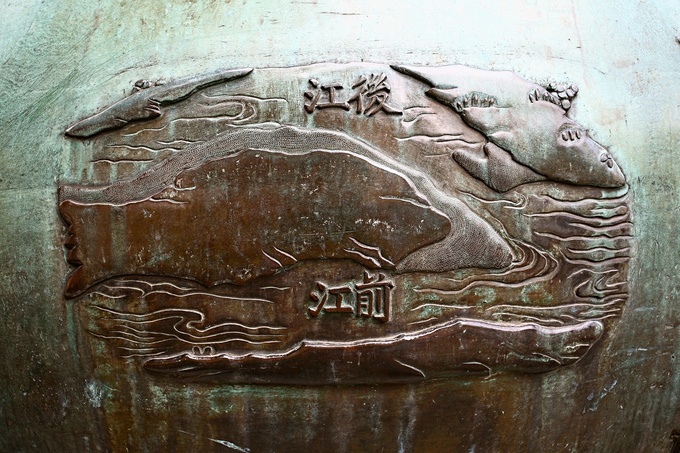 Hau Giang – Tien Giang engraved on Huyen Dinh – Tien and Hau rivers, two rivers that flow through and have great influence on many southern provinces.