Ma Pi Leng Pass is known as one of the “four great peaks” of Vietnam. Not only famous for its majestic scenery but Ma Pi Leng is also known as a pass built entirely by human power.

Ma Pi Leng is known by many tourists and backpackers as one of the “four great peaks” in the northern mountains of Vietnam, next to O Quy Ho Pass, Khau Pha Pass, and Pha Din Pass. 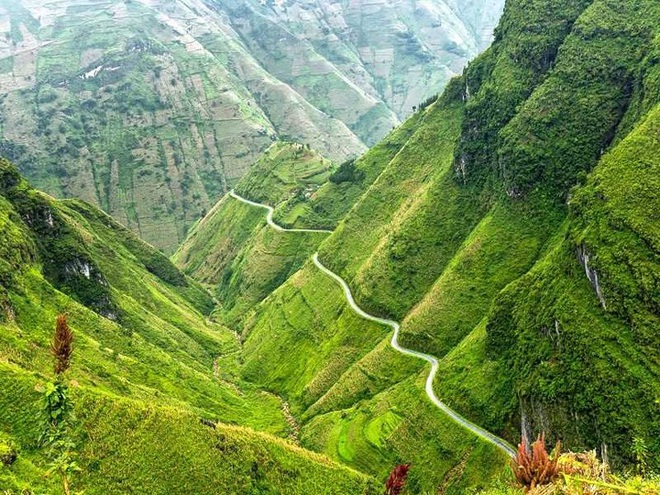 Ma Pi Leng Pass is the most difficult and dangerous part of the road to Happiness. (Photo: noitoimuonden).

The local Hmong people call this place Ma Pi Leng. The pass is named after the native Ma Pi Leng, Pai Lung commune when the road was opened in the 1960s, in which the road management officials changed “Ma” to “Ma” to facilitate hearing in Mandarin.

Ma Pi Leng or Ma Pi Leng, Ma Pi Leng both mean “horse nose bridge” in the language of the Mong people. There are opinions that give this name a figurative meaning of the most dangerous mountain peak, where the slope is so high that the horse passing through has to die, or the mountain peak stands up like the bridge of a horse’s nose.

The road about 20 km long running through Ma Pi Leng pass is named Happiness Road. Hanh Phuc Road was made by tens of thousands of young volunteers from 16 ethnic groups in 8 northern provinces in 6 years (1959 – 1965) with over 2 million labor days, of which the pass pass Ma Pi Leng alone was completed. The young men in the suicide team hung themselves on the cliff, encroaching every inch to do it for 11 months.

In 2009, Ma Pi Leng area was officially recognized as a national scenic relic. Accordingly, the scenic Ma Pi Leng includes: Ma Pi Leng Pass is considered a unique heritage area in terms of geology and landscape, the pass peak area is evaluated as one of the panoramic observation points in Vietnam. The most beautiful type in Vietnam, Nho Que River Gorge is one of the unique tectonic valleys in Vietnam.

Anyone who has passed Ma Pi Leng once will be mesmerized by the majestic and mysterious beauty of the pass connecting the two districts of Dong Van and Meo Vac. Wind, sunshine, clouds, the scenery here is as wild as the beginning of the world.

Discover the most dangerous Ma Pi Leng pass in Vietnam

From the top of Ma Pi Leng, the majestic mountain scenery with one side is a steep cliff, the other side is the deep abyss of Nho Que river with jade green water, the north and northeast of the pass stretching in sight are thousands of people. The barren gray mountain has the same message, causing many tourists to have to return to this place to see at least one more time in their life. 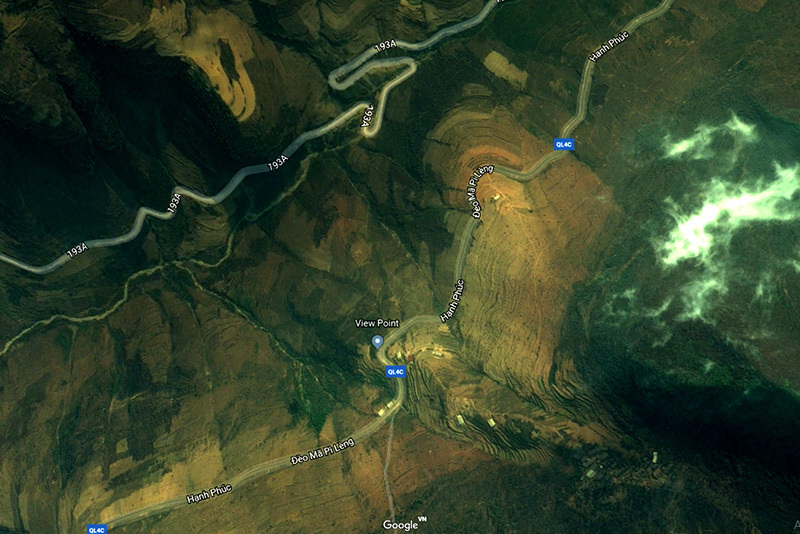 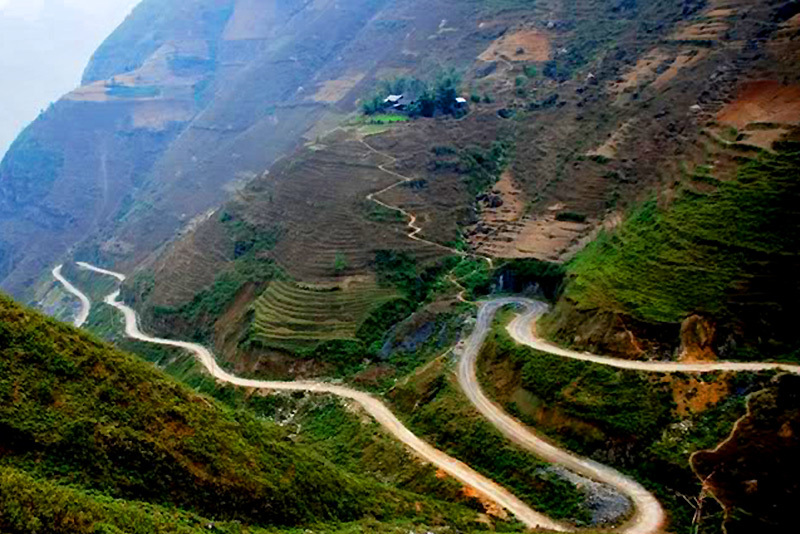 The Ma Pi Leng road connecting Dong Van and Meo Vac, including the 20 km long 9-pass section, later became a miracle that many people likened to a Great Wall of Vietnam. On November 16, 2009, the Ministry of Culture, Sports and Tourism decided to classify Ma Pi Leng area as a national scenic relic. Accordingly, Ma Pi Leng scenic spots include: Ma Pi Leng pass is considered a unique heritage area in terms of geology and landscape; the pass peak area is considered as one of the most beautiful panoramic observation points in Vietnam; Nho Que river canyon is one of the unique tectonic valleys in Vietnam. (Photo: Ngoc Thanh) 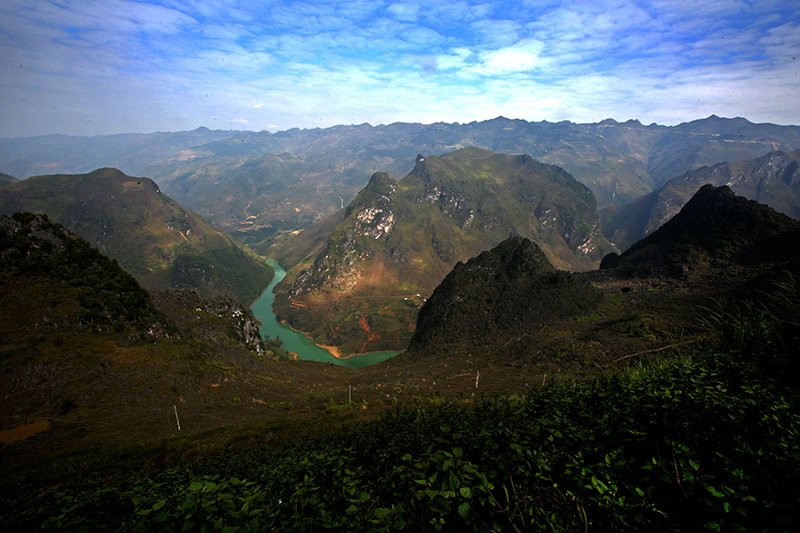 Ma Pi Leng is considered the most dangerous pass in Vietnam. In that majestic natural wonder, Tu San Canyon is the highest and deepest in Vietnam. (Photo: Ngoc Thanh) 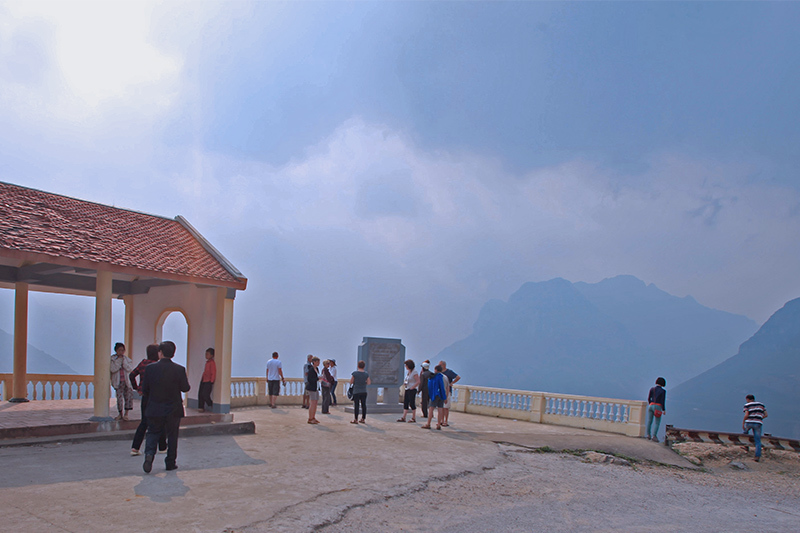 At the top of Ma Pi Leng Pass, which is also the highest point of the Happy Road, there is now a stop for tourists to enjoy the scenery and here is a stone stele recording the imprints during the construction of the pass. (Photo: Ngoc Thanh) 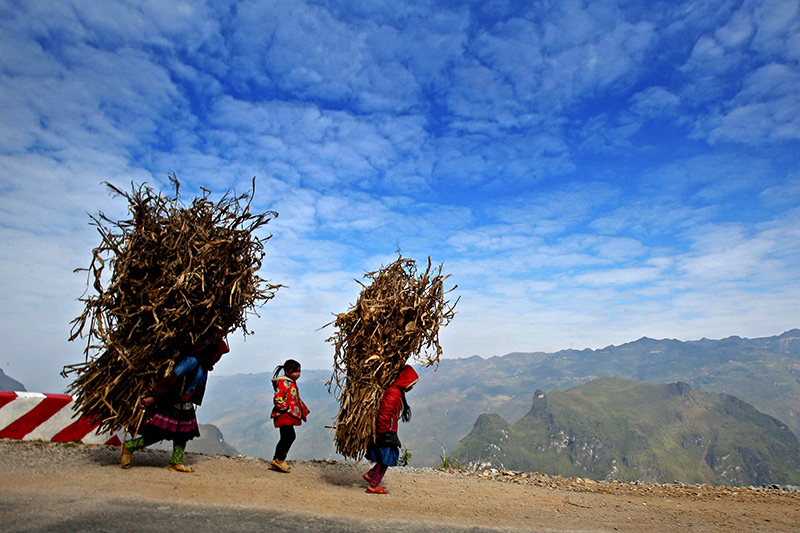 Domestic and foreign tourists are attracted by the landscape and the life of indigenous people on this rugged pass. (Photo: Ngoc Thanh) 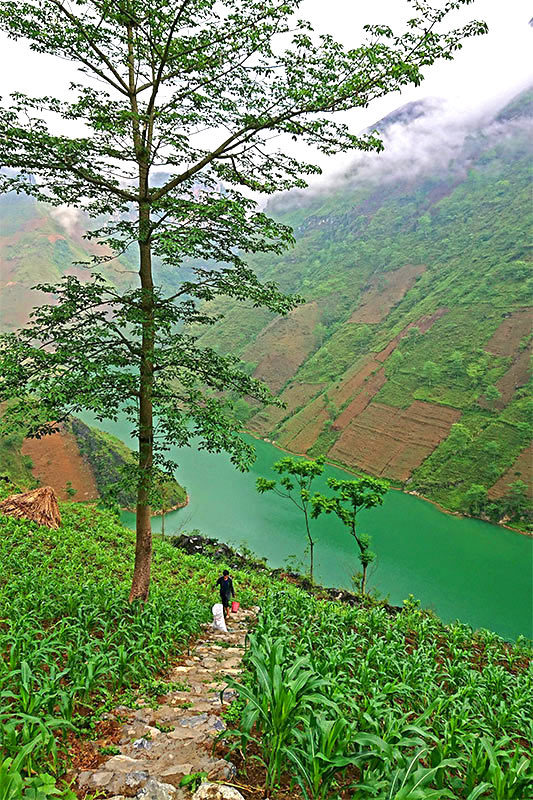 From the end of the Ma Pi Leng pass, towards Meo Vac, on the way down to Xin Cai, Sam Pun, and Son Vy, you will come down to Trang Huong bridge to touch the blue river. From here, it takes about 20 minutes by boat to reach the middle of Tu San canyon. (Photo: Nhu Y) 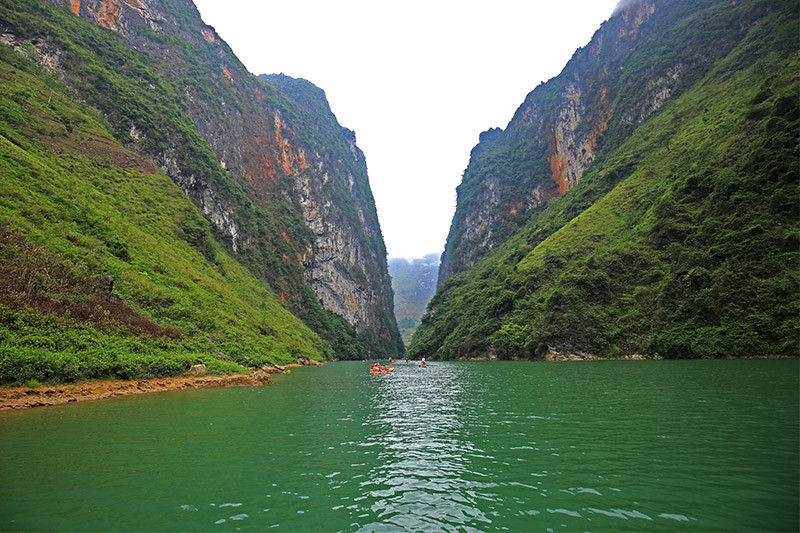 Tu San Canyon is a unique canyon with a cliff height of up to 700-800m, a length of up to 1.7km, nearly 1 km deep, which is a unique and magnificent landscape of the Dong Van rock plateau. (Photo: Nhu Y) 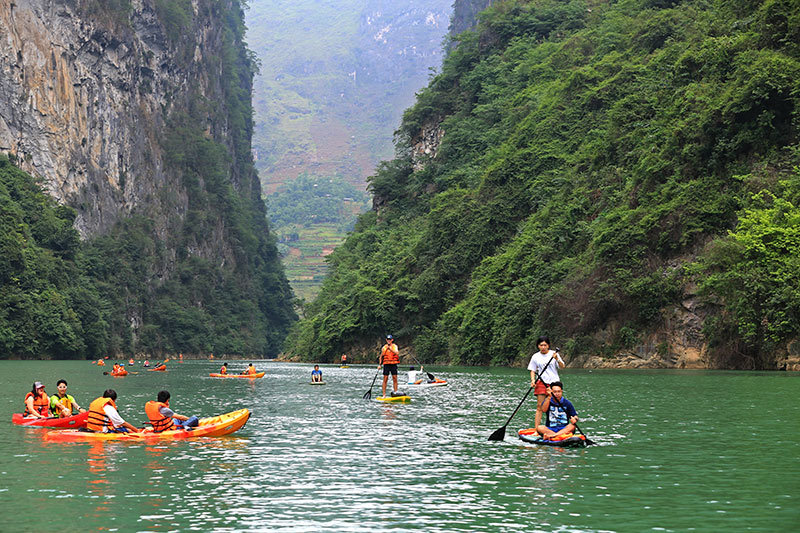 The scene at the foot of Ma Pi Leng pass (Photo: Doan Bong)