THUA THIEN – HUE – 13 gates today where the status quo is intact, the place was destroyed by the war, the place is abandoned. 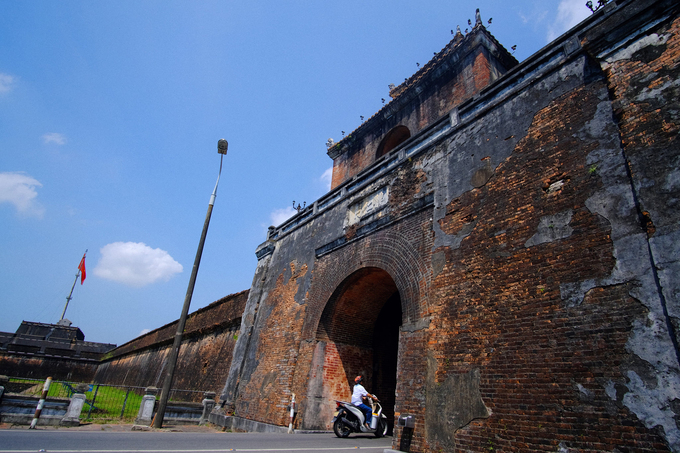 Currently, Hue Citadel has a total of 13 gates, including 10 road gates, 1 side gate and 2 waterway gates. The original gates were built from the reign of King Gia Long (the dome), to the time when King Minh Mang completed the upper gazebo. Over time, wars, some doors have remained in their original state, collapsed doors have been restored, and many doors have been forgotten and abandoned…
In addition to its main function as the outermost protective layer of the Forbidden City, The Imperial Citadel – the living and working place of the king and the court – the gates are also the gateway to travel and trade for residents living inside the Inner Citadel, a living witness of the history and life of the Citadel. Hue for more than 200 years.
Drawer Door(pictured) is also known as The Nhan Mon, which is one of the two gates for the king and the royal family to enter and exit the Citadel. Each time, the court sent soldiers to block the road in front of the capital, preventing anyone from passing, so it was called the Gate. People often call this the bottom compartment door. Cua Ban is now located to the left of Ky Dai, on the one-way street of the same name, cutting Le Duan Street and 23/8 Street. 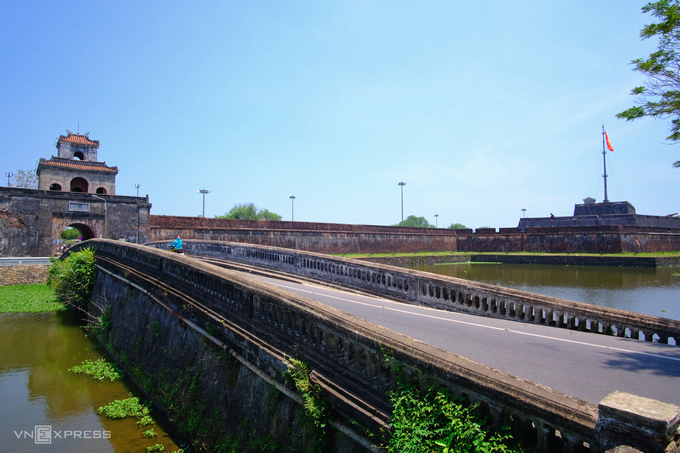 Located to the right of Ky Dai is Sap Gate , also known as Quang Duc Gate, also located on the one-way traffic road that cuts Le Duan Street into 23/8 Street. This gate once collapsed both the gazebo and the archway in 1953 due to floods, so the folk called this door “Sap Gate”. Along with the compartment door, the Sap door is one of the two doors for the king and the royal family to come in and out. Before the name “Sap Door”, people called this the Upper compartment door to distinguish the Lower compartment door. Nine famous cannons (9 cannons) of the Nguyen Dynasty are currently kept at these two gates. 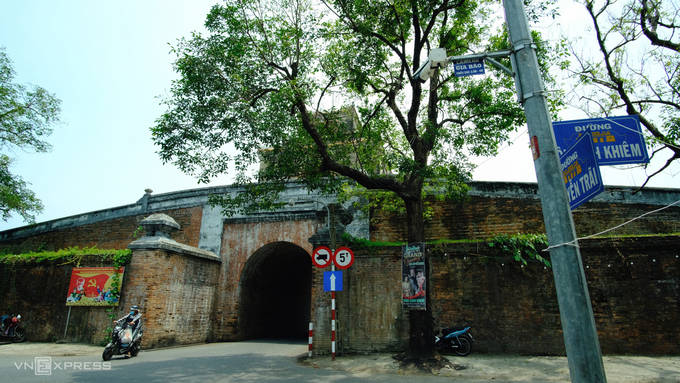 Located in the south of Nguyen Trai Street is Nha Do Gate , officially known as Chanh Nam Gate. During the reign of King Gia Long, there was a storehouse of supplies for the king and weapons for the soldiers, translated into Vietnamese as “Nha Do”, so people also called Cua Chanh Nam as the door of Nha Do. 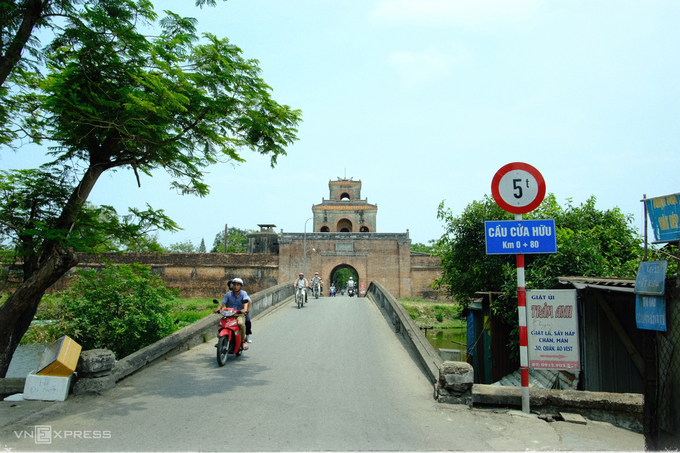 Cua Huu – the southwest gate is associated with a famous story in history, here King Ham Nghi appeared as a ban “Can Vuong” against the French colonialists. Huu Gate is now located at the beginning of Yet Kieu Street, to the west of Nanjing Citadel, so it is called the Southwest Gate. People find it located on the “right” side, so it is always called the current name of Huu Gate. Chanh Tay Gate has no folk name, located in the west of the Citadel, on Thai Phien Street today. This place used to be the site of fierce fighting during the Spring 1968 war. The gazebo above the citadel was completely destroyed, now being restored and restored. 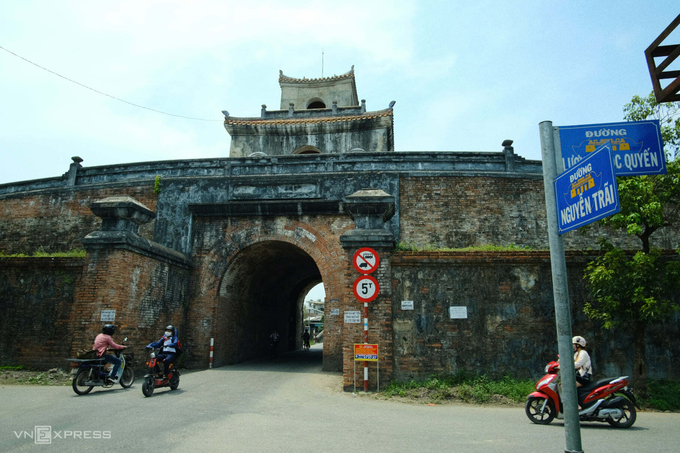 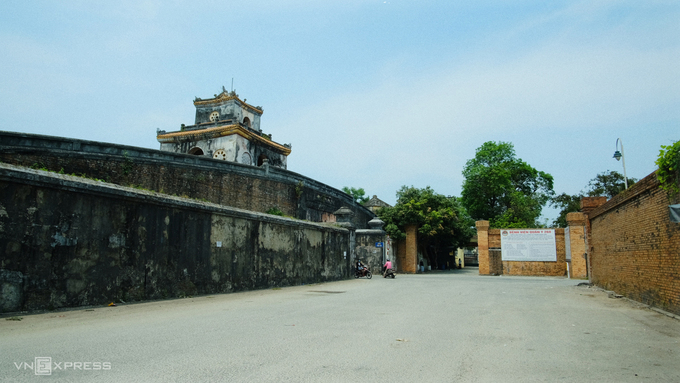 The Hau Gate or Chanh Bac Mon is located at the back of the Citadel. Cua Hau is located on Dinh Tien Hoang street, going out will be Tang Bat Ho street, next will be Bach Yen bridge crossing Cua Hau river. Chanh Bac gate is also known as the big Mang Ca gate. After the French colonialists captured the Citadel, the large Mang Ca gate was closed to establish Fort Mang Ca. As a result of the war, this gate was not opened for more than 100 years, until 2004 Thua Thien Hue province reopened. 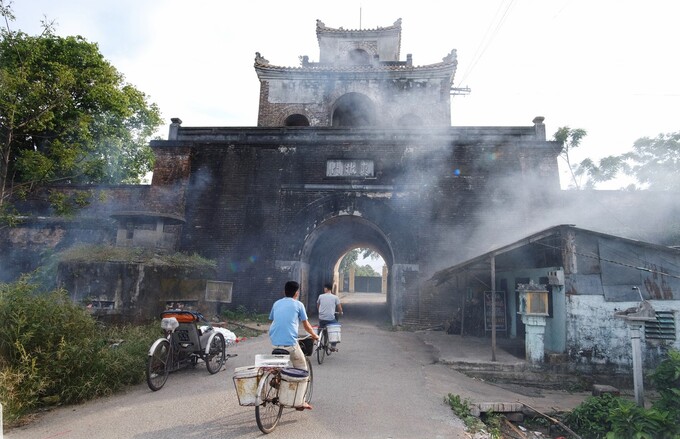 Ke Trai Gate – Northeast Gate is currently located on Cua Trai Street, at the northeast corner of the old citadel. In the past, Ke Trai was the name of the village located in front of the city gate, focusing on trading and forming two rows of houses, tents and shops. Hue people called the rows of “tea houses” on both sides of the river, gradually becoming the name of the gate.
Cua Trai leads to the military area currently managed, so few people or tourists can enter or approach without work. Dong Ba gate or Chanh Dong gate, is the gate related to the famous Dong Ba market today, although the market is no longer at this location. Dong Ba Gate is also known as Chanh Dong Mon, ie the East Gate of the Citadel, located on Mai Thuc Loan Street, one side is located on Xuan 68 Street. The old market was originally named Dong Hoa, from the reign of King Gia Long. The capital fell, the market was burned by the French colonialists. After King Dong Khanh rebuilt it and changed it to Dong Ba, avoiding the name of Mrs. Ho Thi Hoa, the mother of King Thieu Tri. During the Thanh Thai period, Dong Ba market was re-planned and moved to the present location. 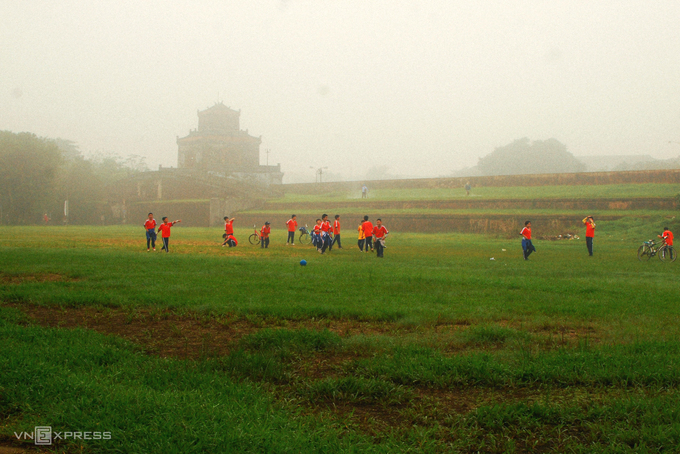 Thuong Tu Gate – Southeast Mon Gate today is located on Dinh Tien Hoang Street, currently a one-way street circulating from the Citadel to Tran Hung Dao Street. The name Thuong Tu is because in the past, there was a Thuong Tu institute that was set up to govern and take care of horses to pull carts for the king, now the two sides of the door are large lawns where children often gather to play. 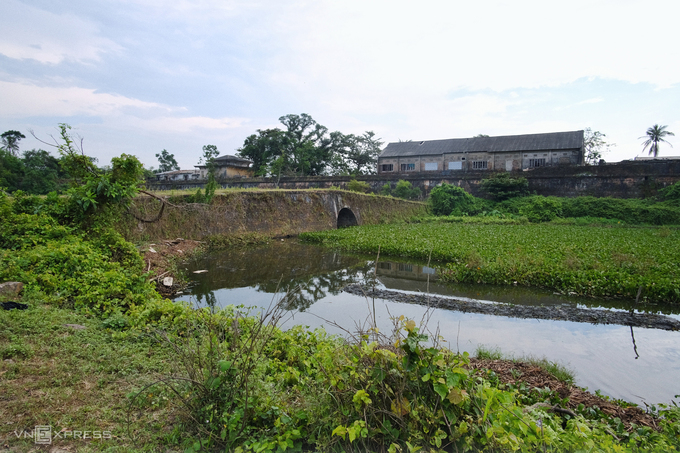 Tran Binh Mon is not the door leading out of the Citadel like the other gates but is a side door, belonging to the Citadel wall, leading to Tran Binh Dai – the fortress that arranged the defense system of the ancient Hue Citadel. In front of the door is a stone bridge over a moat to enter the territory of Tran Binh Dai. Behind the door is the military area, also known as the big Mang Ca area. 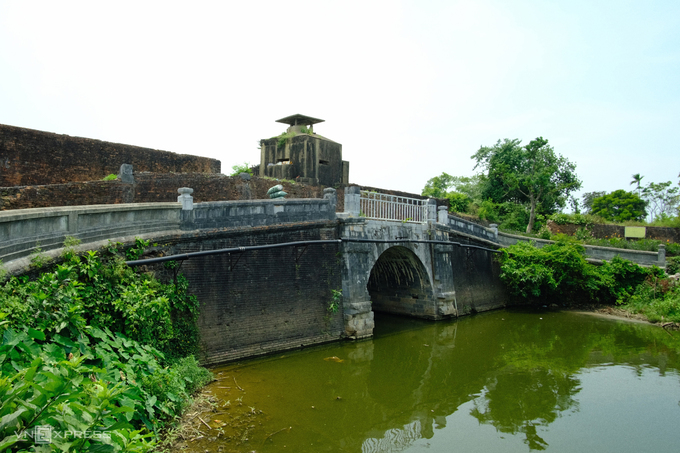 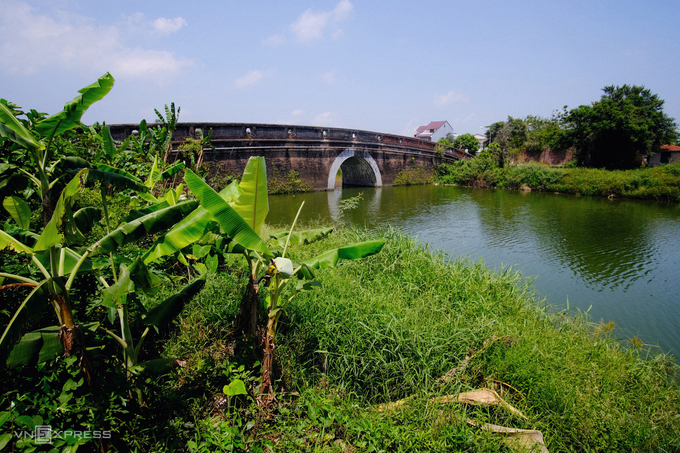