GIA LAI – There are about 30 vestiges of extinct craters in Gia Lai, including Chu Dang Ya, Ham Rong, and Op village valleys. 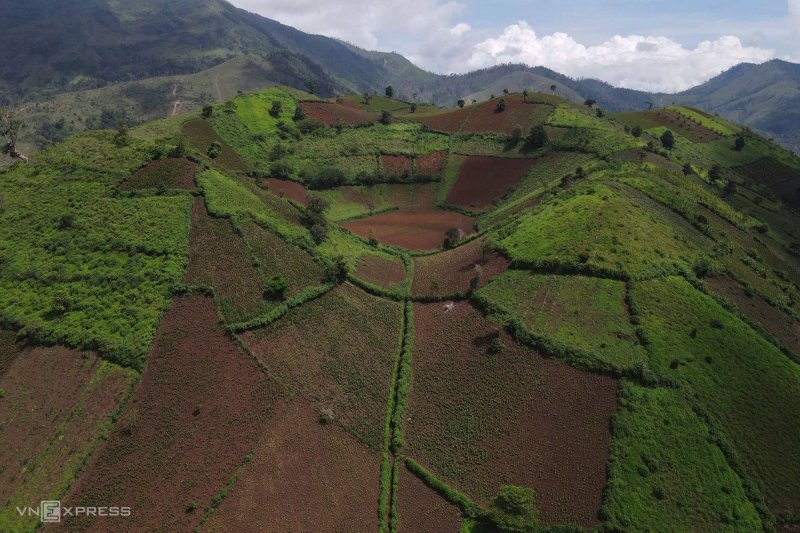 Chu Dang Ya is about 500 m high, in the territory of Ploi lagri village, Chu Dang Ya commune, Chu Pah district, about 30 km northeast of Pleiku mountain town. This is an ancient volcano (protruding above the ground) that was active in the Central Highlands millions of years ago. 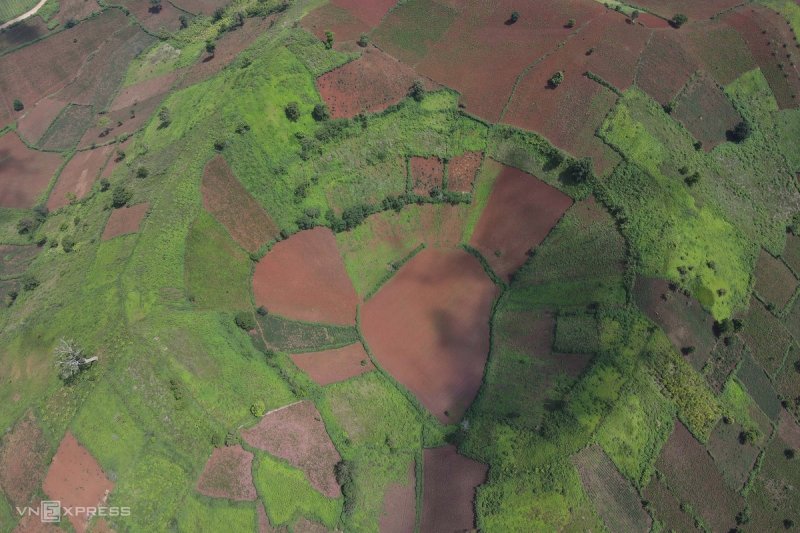 Looking down from above, the crater looks like a giant funnel, the crater has a rich red basalt soil color that has been created by layers of lava since ancient times. According to the Jarai people living in Ia Gri village at the foot of the mountain, Chu Dang Ya translates in the local language as “wild ginger”. 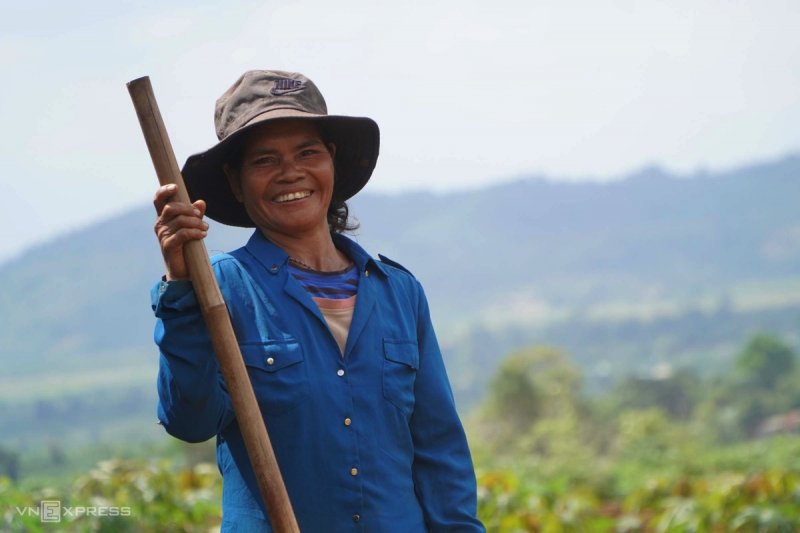 Mit, 45 years old, and her relatives weed for her family’s 3 Sao (500 m2 per acre) noodle field at the foot of Chu Dang Ya volcano. The Jarai people said that her land is fertile, the crops are green all year round, always giving high yields. 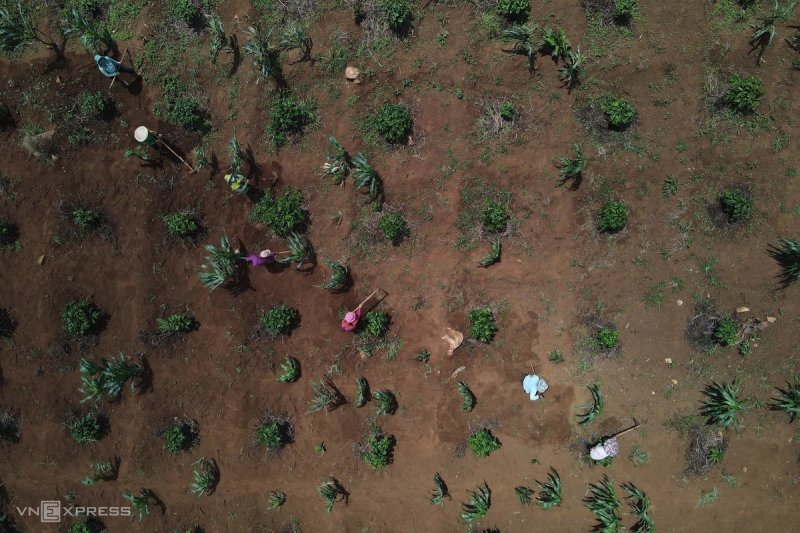 In the middle and around the basin, are the fields of the Jarai people growing coffee, corn, potatoes, pumpkin, galangal… 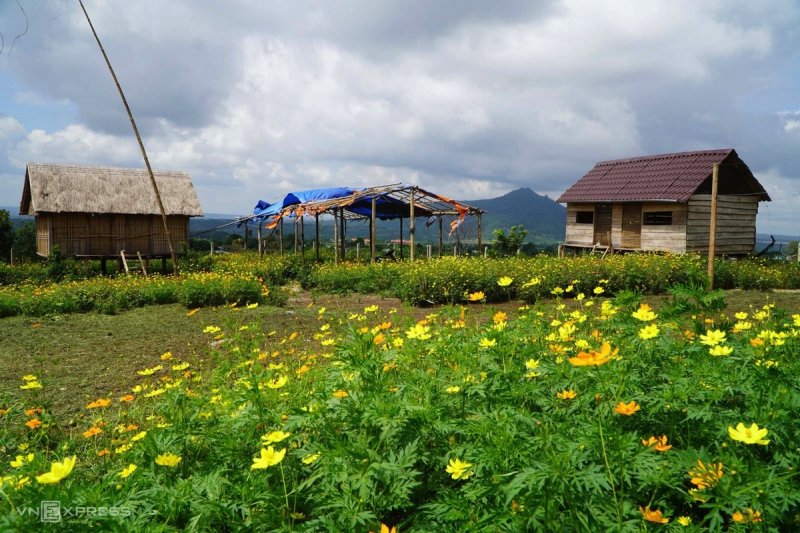 Right at the foot of Chu Dang Ya mountain, on an area of ​​more than one acre, there are two houses and a flower garden in full bloom, for tourists to visit and take souvenir photos. 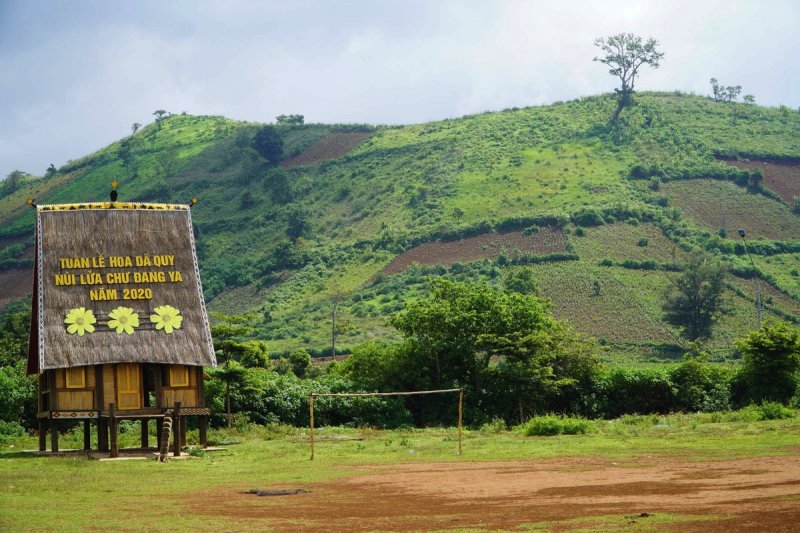 At the end of November 2020, the People’s Committee of Chu Pah district organized Wildflower Week – Chu Dang Ya Volcano. Wild sunflowers bloom, bright yellow at the foot of the mountain, along the roadside and at the mouth of the basin… 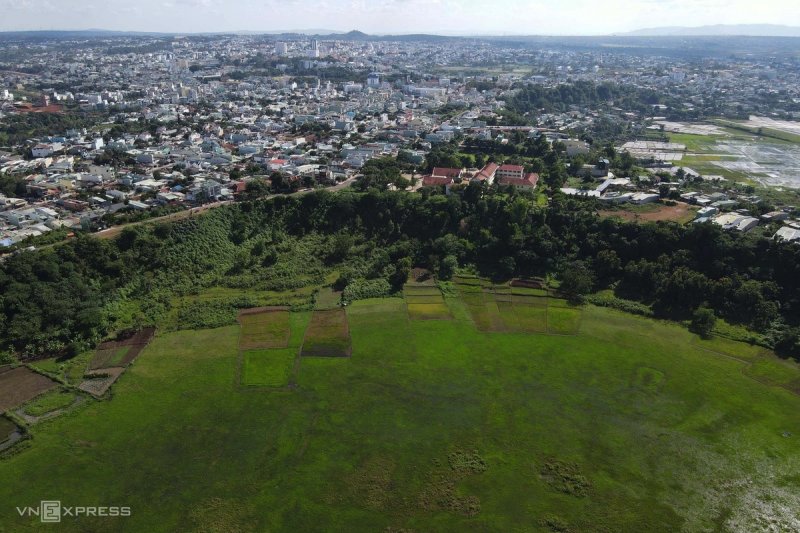 Remnants of an ancient, concave-shaped crater in Op village, Pleiku city, with a radius of about 500 m, forming a large valley. The land is fertile, fertile, with a stable water source. Local people grow rice, potatoes, vegetables… on the crater that died out millions of years ago. 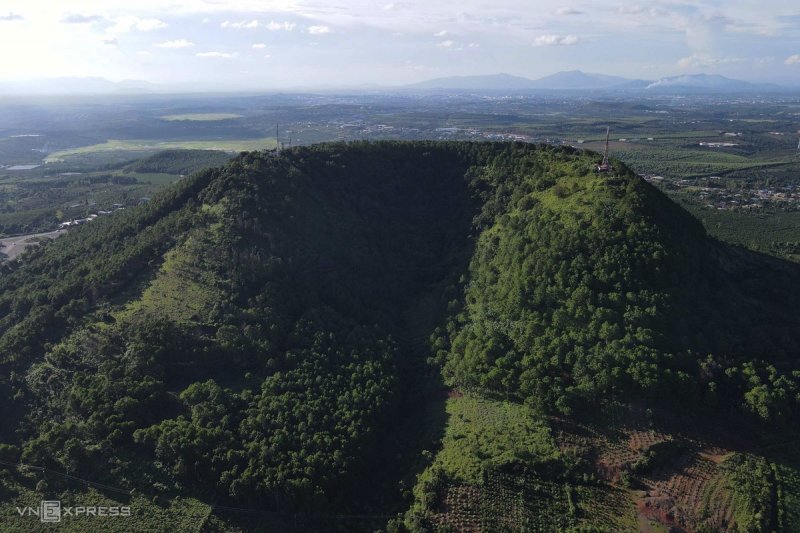 Ham Rong Mountain is an ancient volcanic crater, 1,028m high, 0.7 km2 area, 20-30 degrees slope, 14 km wide at the foot of the mountain, about 10 km from Pleiku city center, climate on the top of the mountain. cool, often covered by fog.

The mountain has a crescent shape resembling a horseshoe, with a large deep trench cutting the slopes from the mouth of the funnel southwards – traces of the old lava flow; Along it met many bombs and volcanic glass blocks.

Currently, the top of the mountain is a telecommunications base station of the whole province, so climbing to the top is limited. Follow vnexpress