The artisan requires 1000-1200 lotus flowers to make 1kg of quality lotus tea. The tea-marinated lotuses must have been collected before sunrise in the lake of Quang Ba hamlet. 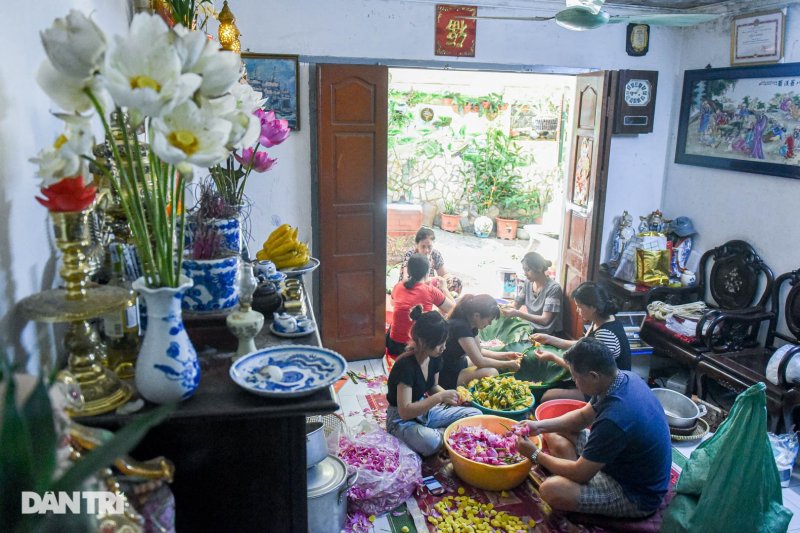 People who work as lotus tea marinades in Quang An and Nhat Tan wards (Tay Ho district, Hanoi) are busy in June when the pink lotus buds begin to rise to meet the sun in the West Lake. Nguyen Thi Dan (98 years old), who lives on To Ngoc Van street, is famous for preparing traditional lotus tea (Tay Ho district, Hanoi). Dan's family has been in the industry for over seven decades. 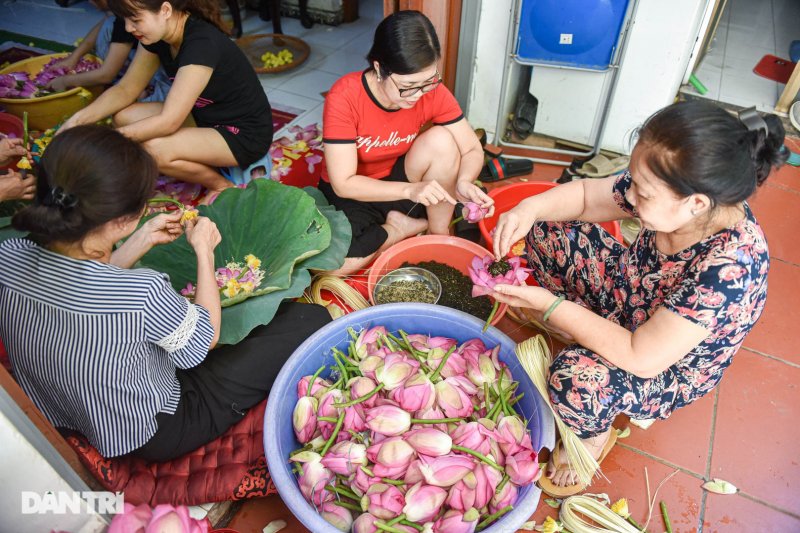 According to Ms. Ngo Thi Than (Daughter of Dan, far right of the photo), Tay Ho lotus tea is divided into 2 types: traditional lotus tea and marinated lotus tea.

The tea is placed inside the lotus flower with marinated lotus tea, then wrapped tightly with lotus leaves. After the tea is wrapped, the lotus will be soaked for one night so that the lotus flavor will permeate the tea. This type of lotus tea is usually retailed for about 50,000 VND / flower (each flower can make 2 teapots). 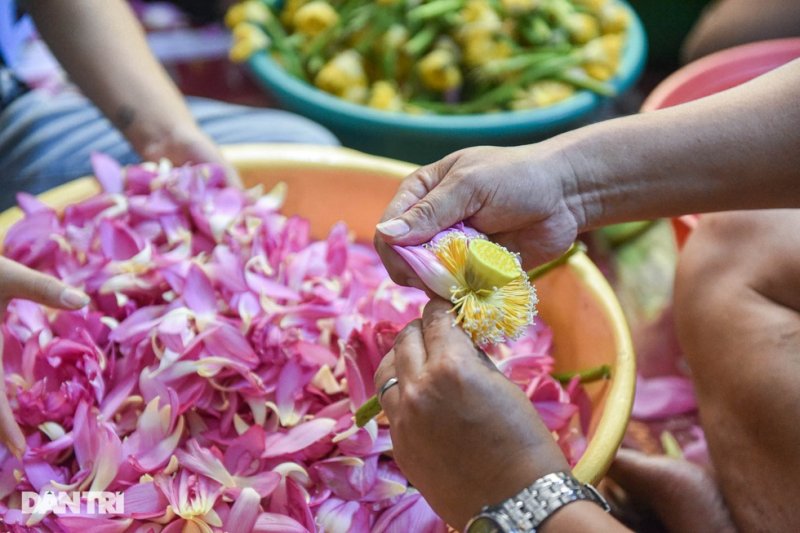 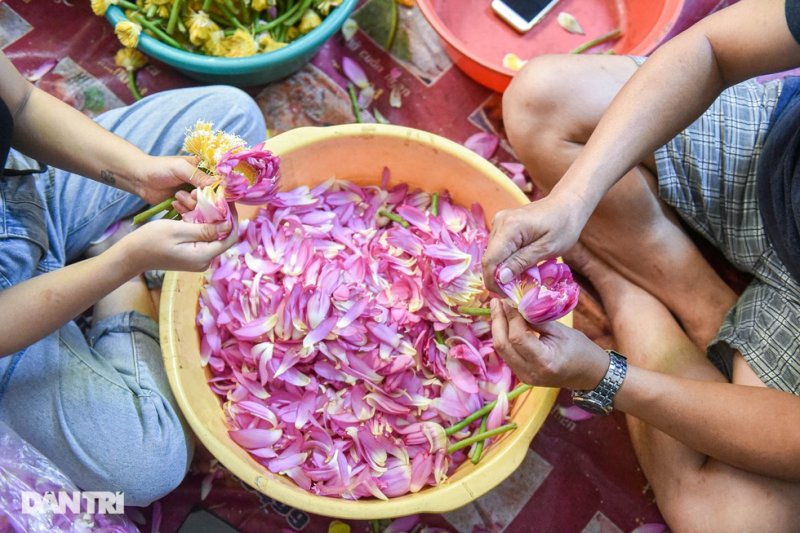 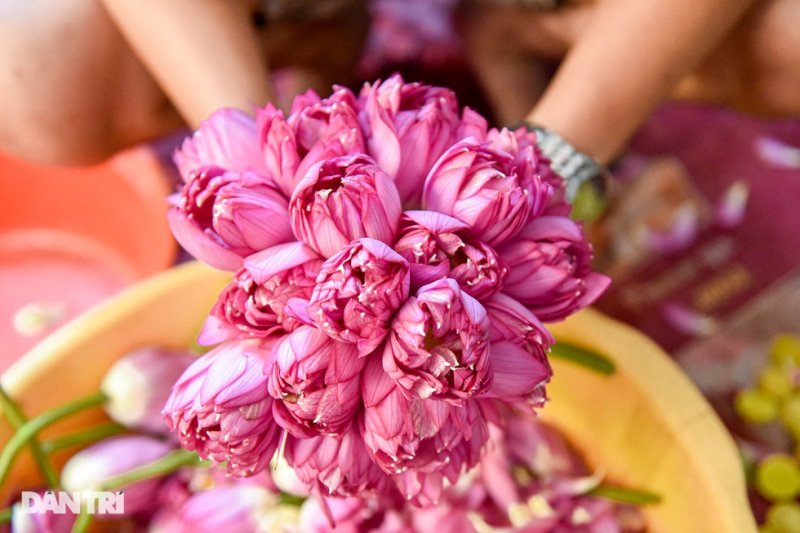 Regarding traditional lotus tea, to make 1kg of lotus tea, artisans need from 1000 to 1200 lotus flowers. Accordingly, lotus marinated tea must be the lotuses that grow in the lagoon of Quang Ba village; lotus must be picked before sunrise, then brought back to a cup for rice, and then marinated. This is considered the “first tea in the world,” sold at prices ranging from 7 million to 10 million VND/kg, depending on the type. 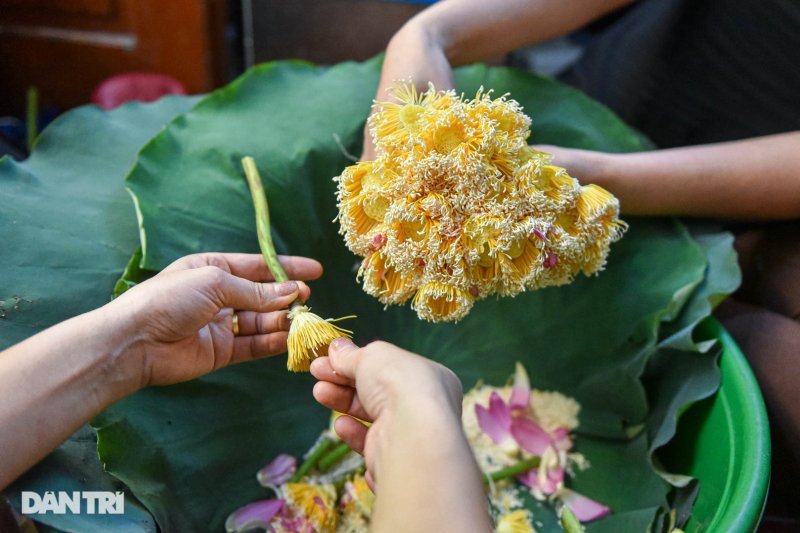 In making lotus tea, getting lotus rice is the most difficult stage; the artisan must be skillful with his eyes so that the rice is not crushed, keeping the characteristic aroma of lotus. 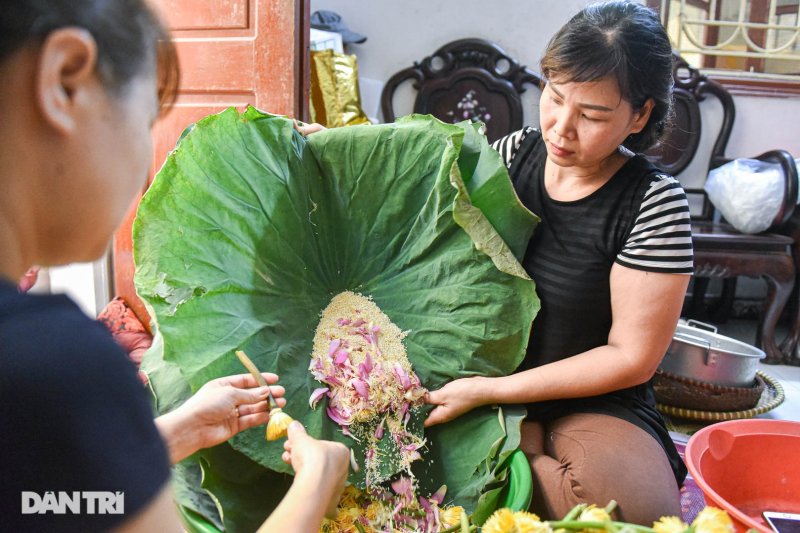 Lotus rice is likened to a flower’s incense bag, separated and used to marinate tea. “When I became a bride, I was guided by my grandmother, aunt, and the whole family to make lotus tea. Each stage is very meticulous and laborious, requiring meticulous study, hard work, not a day or two.” Ms. Nguyen Thi Thuy – Dan’s niece-in-law shared. 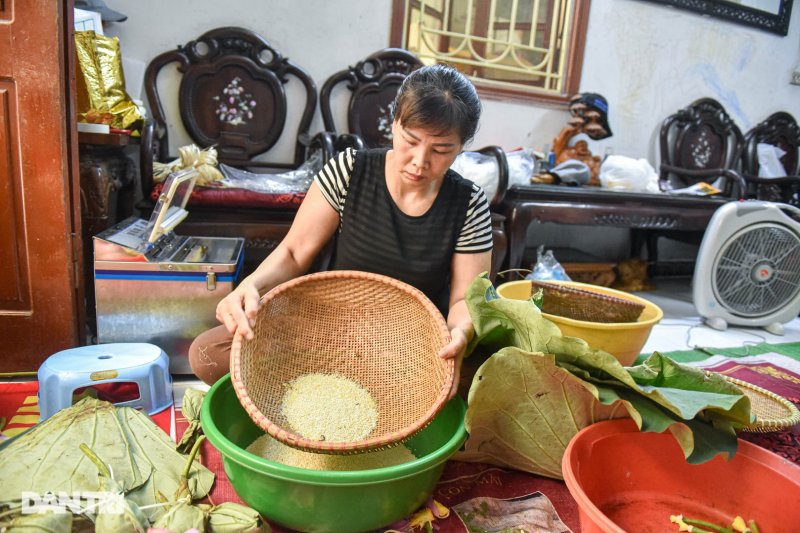 Lotus rice is filtered many times to remove the remnants of leaves and flowers. “In addition to making lotus tea with their family, grandchildren like me also use social networks to introduce more broadly and sell typical products of the family,” Thuy said. 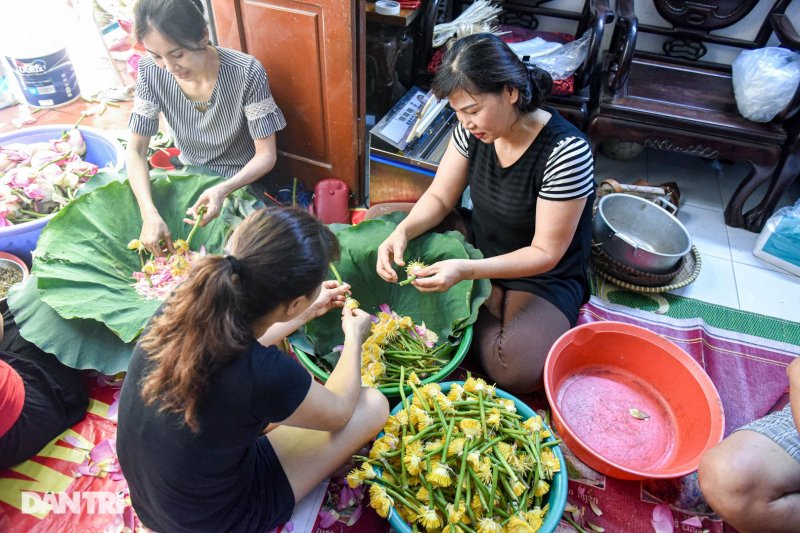 A special feature of Dan’s lotus tea is that all stages are handmade with all-natural materials, no chemicals. 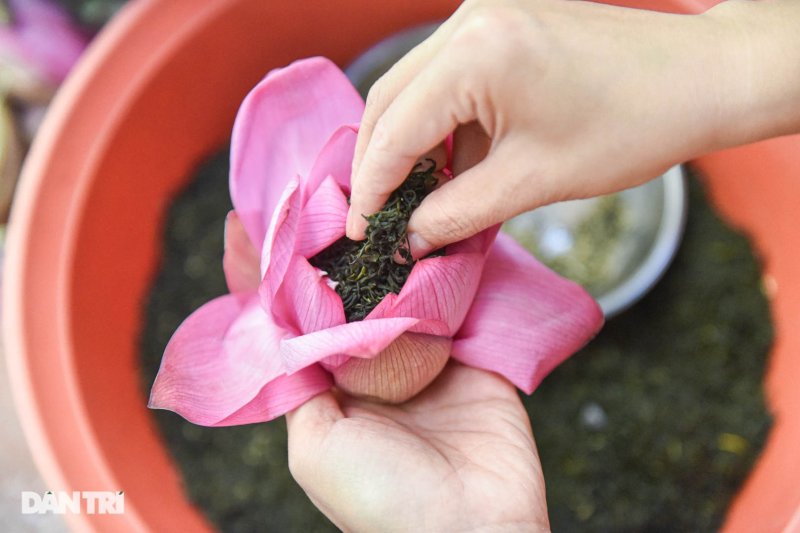 The selected tea must also be Thai Nguyen bud tea with small wings and a moderate aroma to produce the best lotus tea. Quality lotus tea, clear green water, acrid taste, sweet and full of lotus flavor in the mouth is very characteristic. 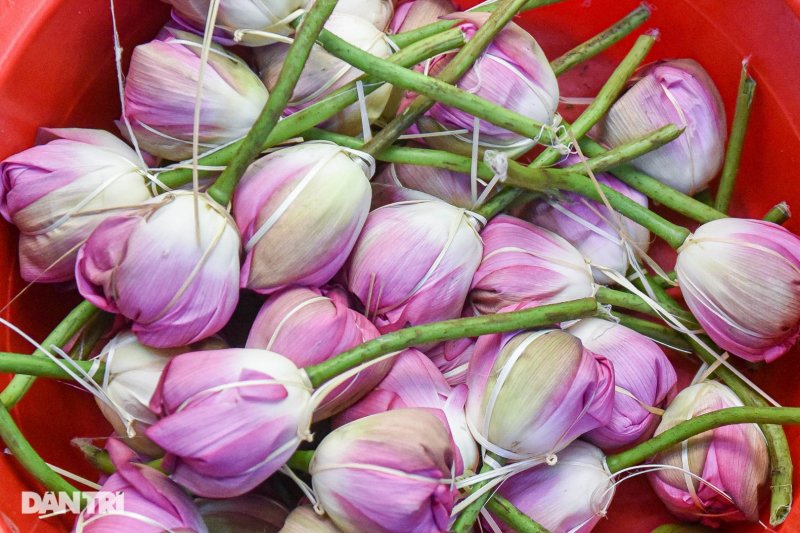 The lotus tea flowers are finished waiting for brew incense, wrap the leaves, and store for consumption. 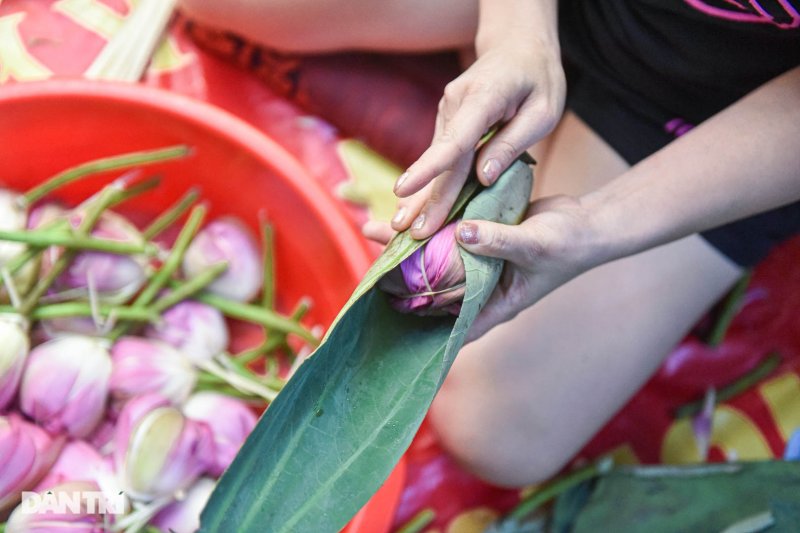 The profession of making lotus tea is sophisticated, laborious, and seasonal. So now, the number of artisans attached to this profession in Hanoi can only count on the fingers. According to  Dan Tri