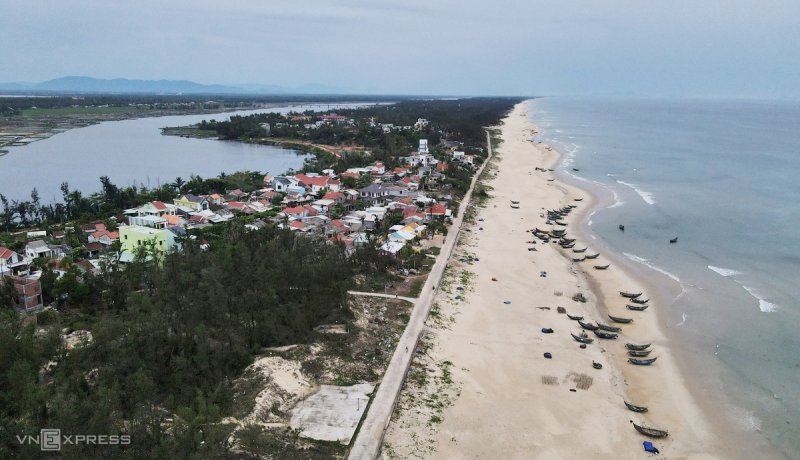 About 7km from Tam Ky city, Tam Thanh mural village has one side facing the sea and another facing the Truong Giang river. Photos VnExpress 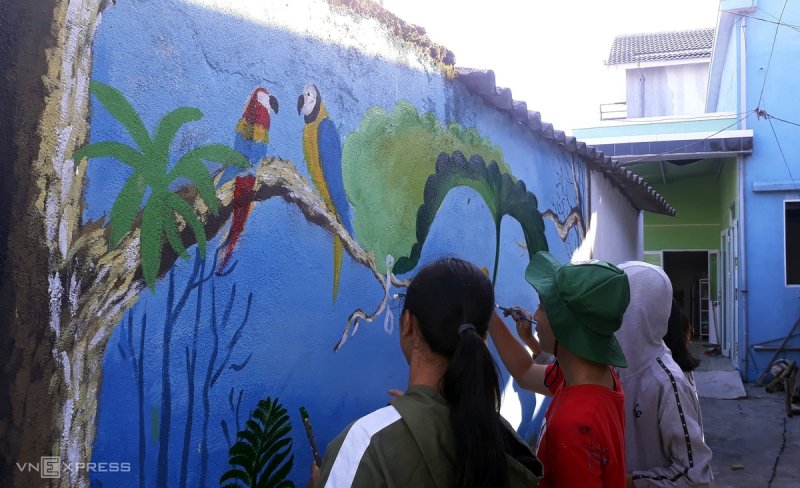 Artists and volunteers have painted nearly 30 new murals on the walls around the village under a painting campaign hosted by Tam Ky city’s youth union in June. 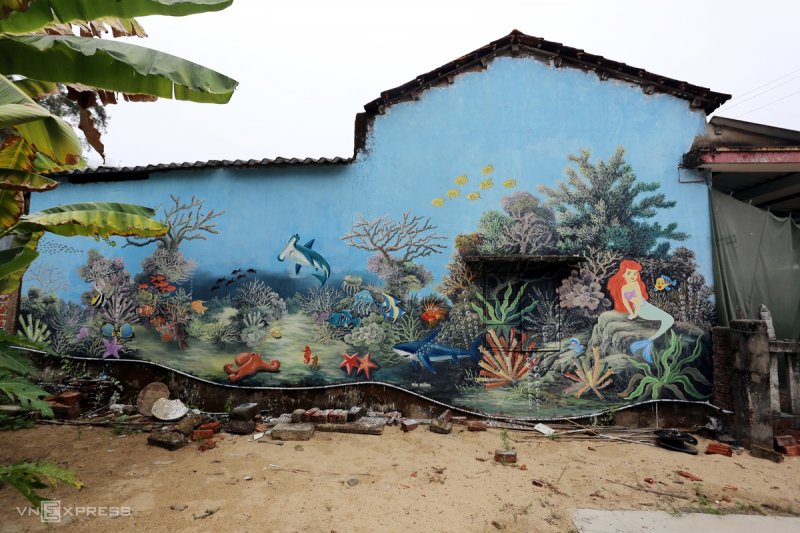 Sea animals, natural landscapes, and the daily life of local fishers are featured in the paintings. 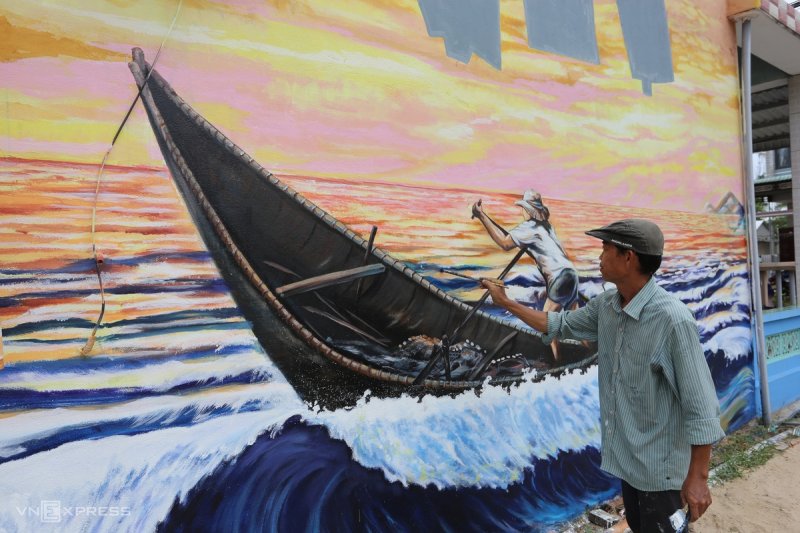 Artist Pham Dinh Hai is drawing a mural with 15m in length and 5m in width on the wall of a local house. His painting features a fisherman riding a boat offshore to catch fish. 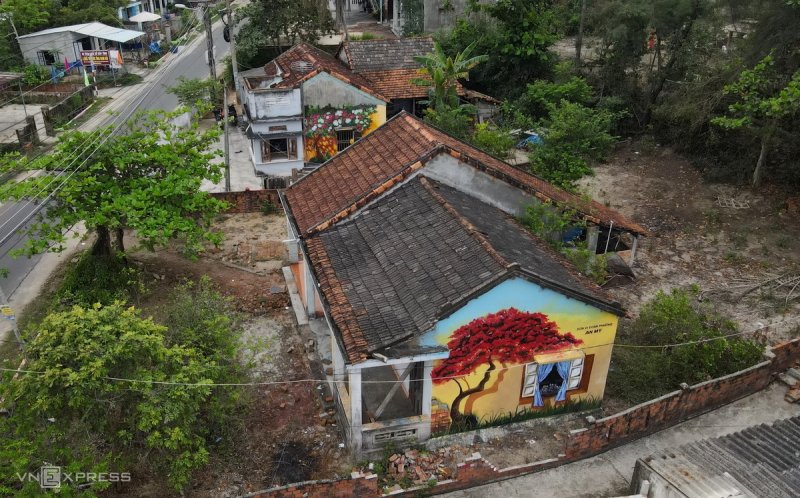 The walls of one-story houses that were previously covered with moss are now painted with colorful murals. In addition, paintings on the walls of houses located close to each other make the village look more vivid. 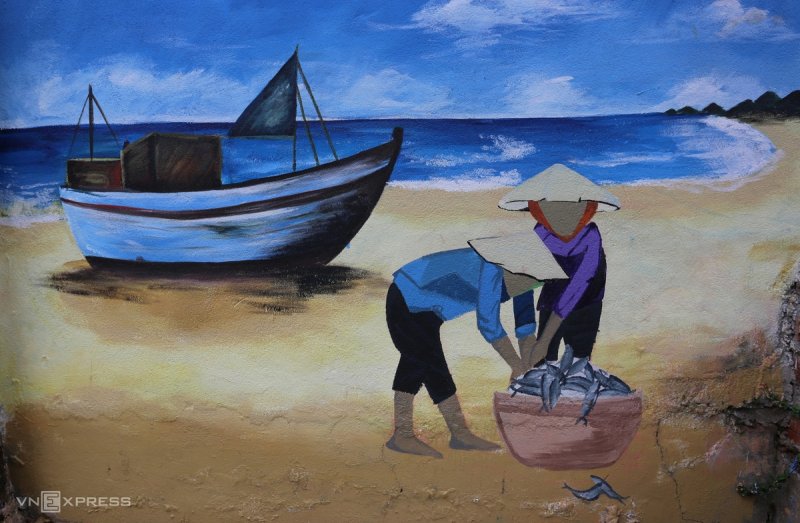 A painting shows women in the fishing village bring fish to the market for sale when the boat arrives onshore. 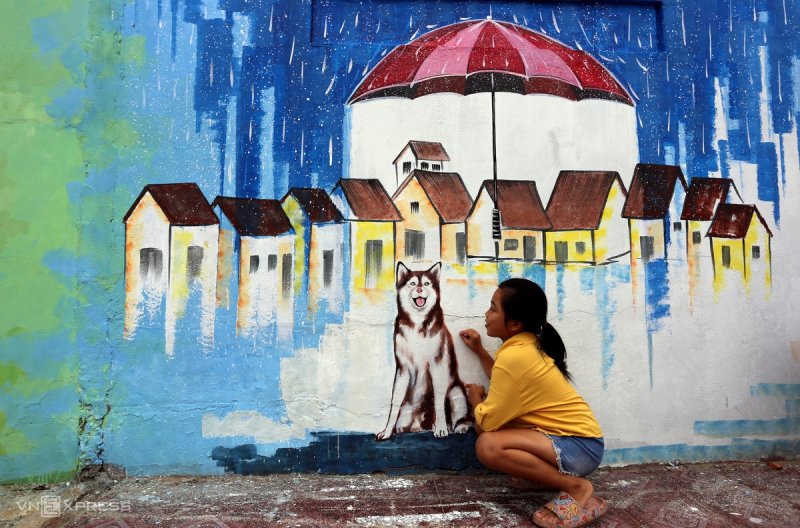 A child is excited about the mural of a dog in the rain. 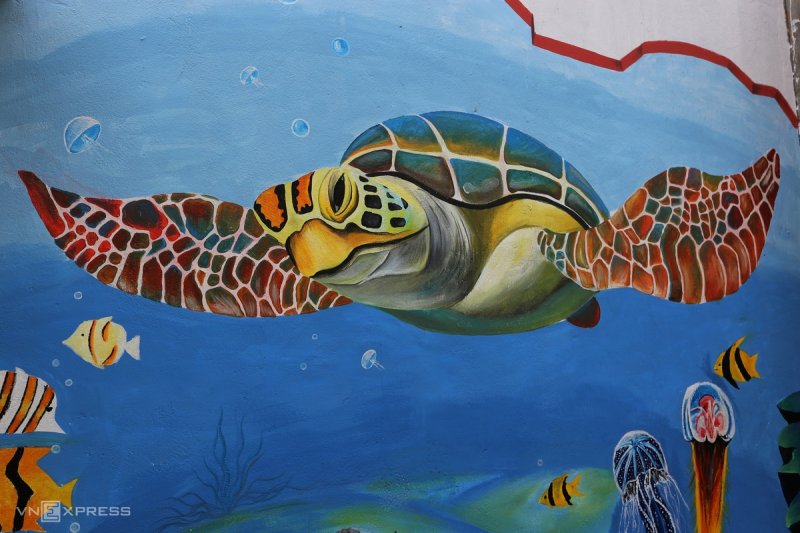 A sea turtle - a rare animal - is painted on the wall to spread the preservation message. People in Tam Thanh village recently caught some sea turtles and returned them to the sea. 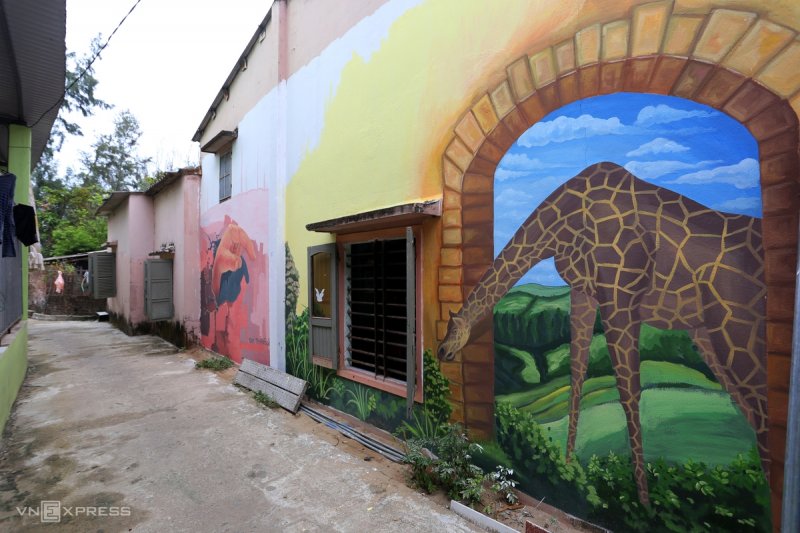 The wall of a narrow alley is covered with colorful murals which look like 3D paintings. 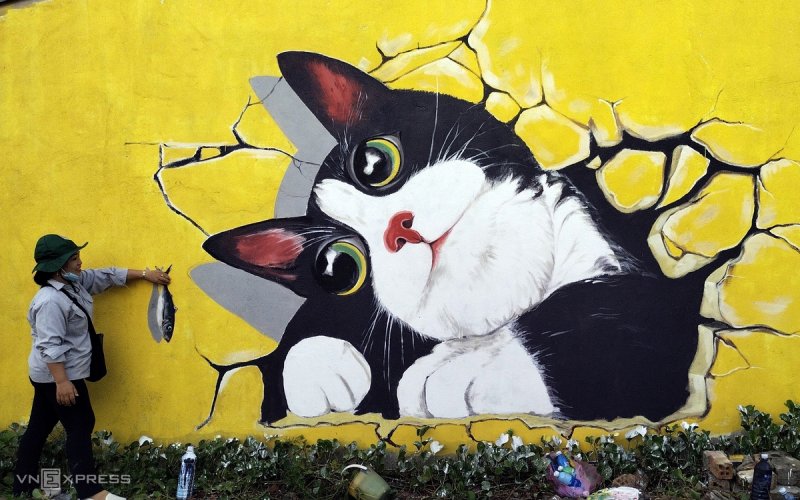 It looks like this woman is holding real fish. 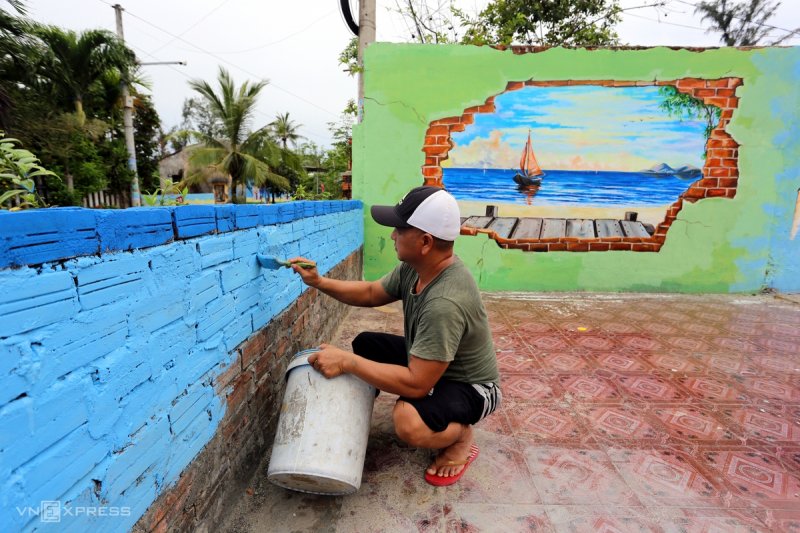 Tran Khanh Binh, a villager, said before the Covid-19 pandemic broke out, many visitors to the village. When the pandemic is over, he hopes visitors will be back. They will have to see many more murals to take pictures with. Visitors to the village can enjoy murals and a basket boat art road along the beach.
The coastal fishing village of Tam Thanh is considered to be the first mural village in Vietnam. It's home to a basket boat art road, an impressive highlight that many visitors love to check-in. The Tam Thanh mural village was awarded the 2017 Asian Townscape Award for its colorful murals.

Armed with the motto: ‘Art For A Better Community, the Community Art Exchange Program, led by the Korea Foundation, the UN-Habitat, and the people’s committee of Quang Nam Province, launched the painting campaign in 2016. 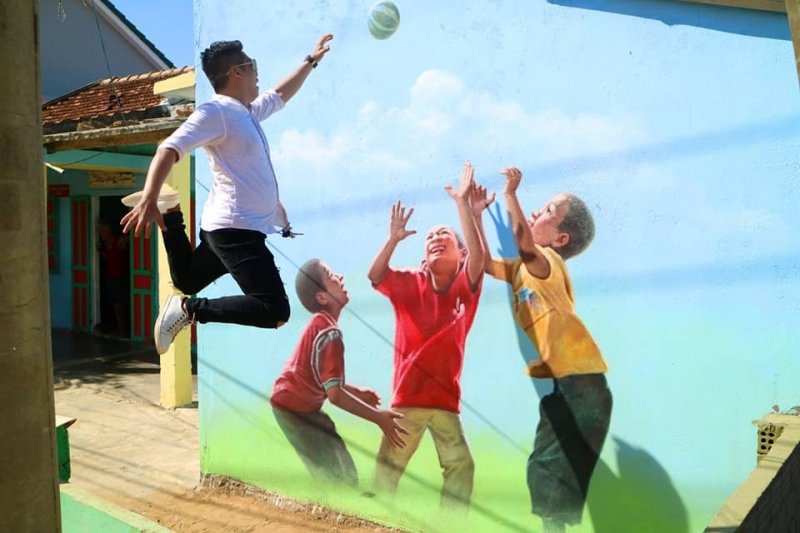 Inspired by the success of Ihwa Mural Village and many more in Korea, this joint venture by Vietnam and Korea aims to introduce art into the lives of people. And by doing so, they hope to raise awareness, the sense of cultural identity and attract tourism to better the small community.

The fishing village with a population of 6,000 has a tranquil environment. Tourists can easily connect from there with Tam Ky and Hoi An city. It hosts around 500 visitors each day and 2,000 tourists on weekends.