The southernmost province of Ca Mau offers a range of interesting experiences for visitors from both inside and outside the country. Ca Mau offers a range of interesting experiences for visitors from both inside and outside the country. Photo Exploring Mekong

Home to pristine beautiful sites and historical and cultural values throughout more than 300 years of its formation and development, the southernmost province of Ca Mau offers a range of interesting experiences for visitors from both inside and outside the country. 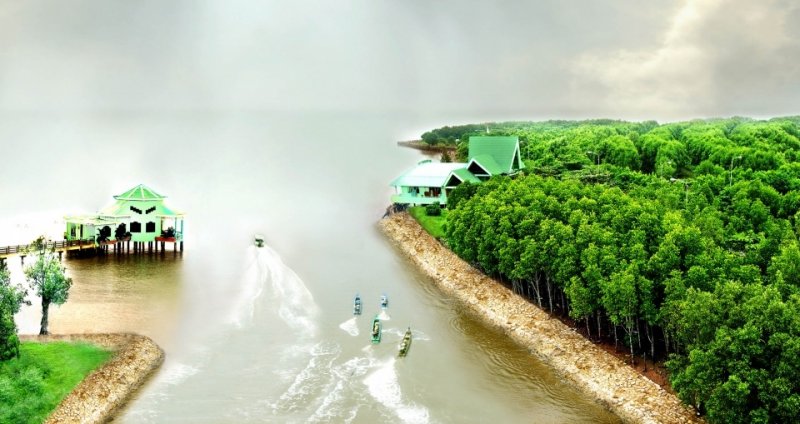 The Ca Mau Park was added to a list of wetlands of international importance in 2012, becoming the 2,088th of its kind in the world and the fifth in Vietnam, with a large area of intertidal mudflats and submerged forests.

It is the only place in Vietnam with three sides bordering the sea and where two different tidal regimes interact, which contributes to building new mudflats and creating favourable habitats for many species.

The site also provides important stopover and wintering habitats for a large number of water birds. In 2010, the International Union for the Conservation of Nature (IUCN) recorded many globally-endangered species in the area, including primates, birds, otters, reptiles, and fishes. 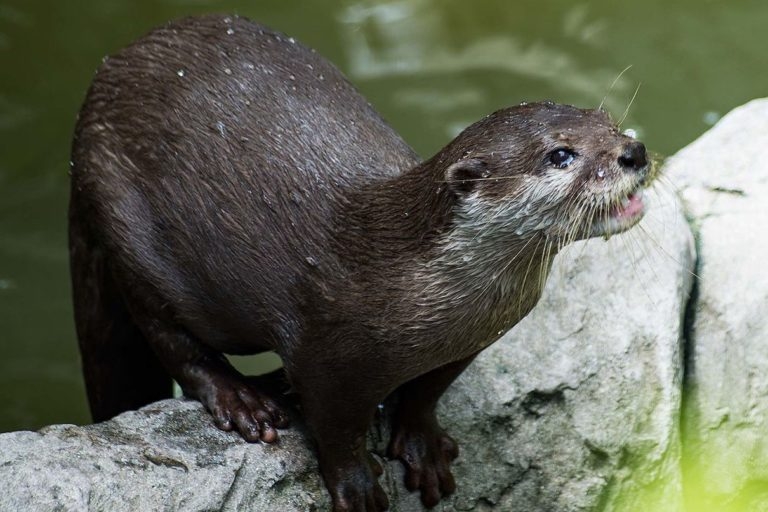 One model for preventing future destruction can be found in Cape Ca Mau National Park. The park spans 420 km2, a little less than one-third of which comprises a strictly protected core zone of mangroves. 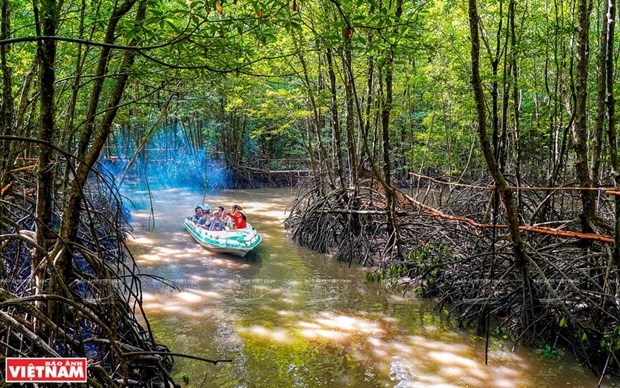 “The forests in Mui Ca Mau National Park [the Vietnamese name for the park] are of vital importance in the regulation of ecosystems and geomorphology, as well as in coastal protection,” said Ly Minh Kha, deputy director of the park. “Mangroves along the coast and river banks have had important effects in preventing and combating wind and erosion, improving climate factors, reducing temperature fluctuations, and regulating rainfall.”

The park is also a Ramsar site. The region was once home to 16,000 km2 (6,178 mi2) of wetlands, but huge swaths of mangroves succumbed to defoliants sprayed by the U.S. military during the Vietnam War, and then conversion to shrimp aquaculture ponds in the following decades. 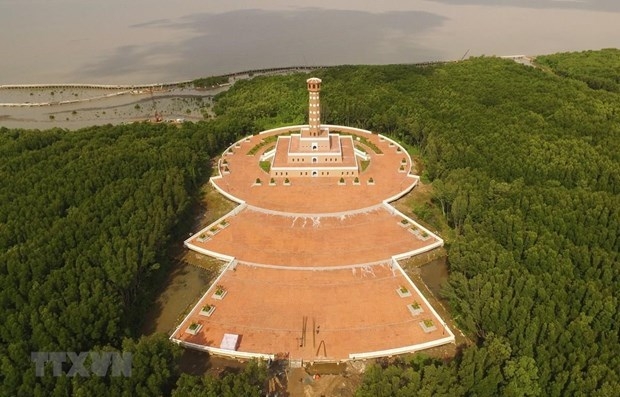 Traditional singing and apiculture in the wild

Along with freshwater and mangrove forest ecosystems, Ca Mau also has humanities-based tourism products with national and provincial historical and cultural relic sites. 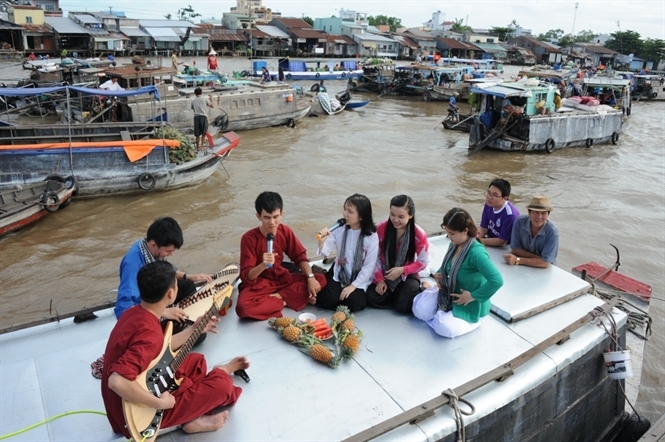 One of the most important reasons is that today, although Vietnamese culture is threatened by cultural integration, information technology and globalization, the people of southern Vietnam appreciate and maintain this art form in their daily life. Photo Nong Nghiep Vietnam

Don ca tai tu - traditional improvisational chamber music - emerged in the south at the end of the 19th century. It is now performed mainly in two places, taverns and tourist sites.

All Tai tu musicians have to learn by heart the basic tunes of their repertoire from which they can improvise, while still maintaining the music’s integrity. Photo Phuong Nam Plus

This kind of music is performed not only at parties, but also in the post-harvest time. It is played in the shade of trees or on boats, on a bright moonlit night. This southern amateur music cannot be found on modern stages or in cultural or tourism festivals. This genre of chamber music is usually performed on ‘plank beds’ in living rooms A recent field study in Vietnam’s southern rural areas turned up over 200 Tai tu groups with more than 2,000 members. Participants say Tai tu is becoming more and more popular among both Vietnamese and foreigners, even though some think its format has changed for the worse.

The recognition of gac keo ong (literally meaning ‘the cultivation of honey bee in the wild’) in Ca Mau as intangible cultural heritage has created momentum for beekeepers to develop a sustainable business and protect forests.

Gac keo ong is a significant cultural feature of people in U Minh Ha. The recognition certification was presented to representatives of U Minh and Tran Van Thoi districts at a ceremony on June 18. 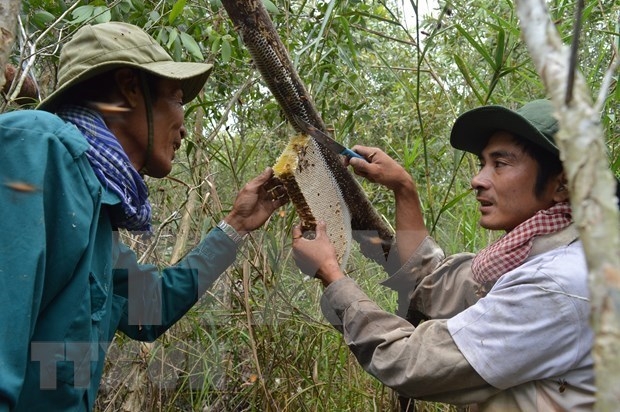 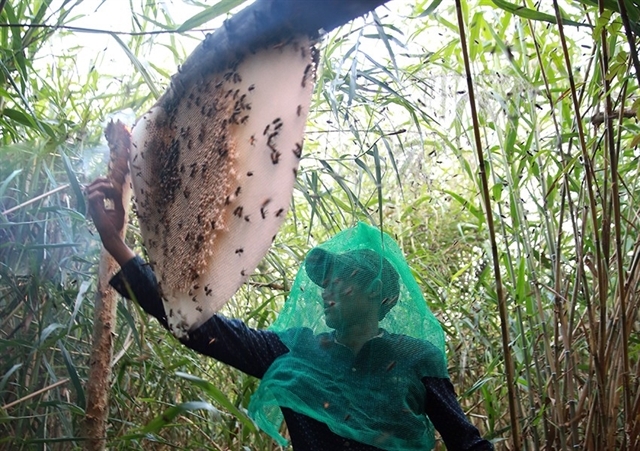 Beekeepers keep a close eye on their branches to predict when bees will arrive to build hives and how long it will take for the bees to produce enough honey to be harvested. Photos Vietnamnews

Locals said the gac keo ong, which is passed on between generations, has been practiced in U Minh and Tran Van Thoi districts since the latter half of the 19th century, when people began developing the areas.

Apiculturists use their experience to consider wind direction, sunlight, and the flight paths of the honey bees when deciding the ideal location for the branches. On top of this, the branches should hang at an incline of 45 degrees to ensure sunlight reaches it. It often takes between 20 and 30 days for the bees to build hives.

The best time to erect the branches is between sunrise and 9 am, with the best time to harvest being between 6 and 8 am. Before collecting honey, the beekeepers place smoking kindlings next to the hives, which causes the bees to leave. When collecting the honey, it is important to leave some honey cones, so the bees will return to the hive.

A species of crab in Nam Can district and a fermented fish hot pot in the U Minh Forest are in the list of the Top 100 specialties in Viet Nam in 2020-2021 by the Vietnam Record Organisation (Vietkings). 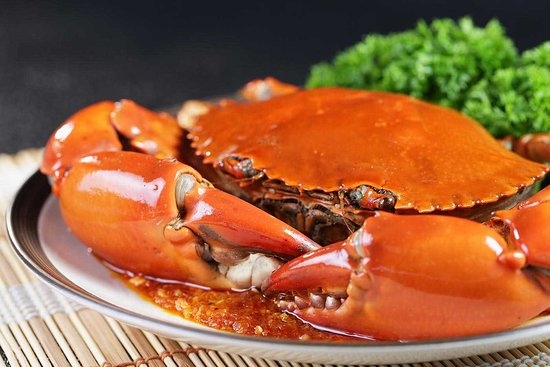 Dried shrimp is mainly produced in the rural coastal districts in Ca Mau province such as Ngoc Hien and Tran Van Thoi, where local residents have their own unique recipe. The premium product is currently sold at around VND900,000-1.2 million (USD39.6 -57.2) per kilo. 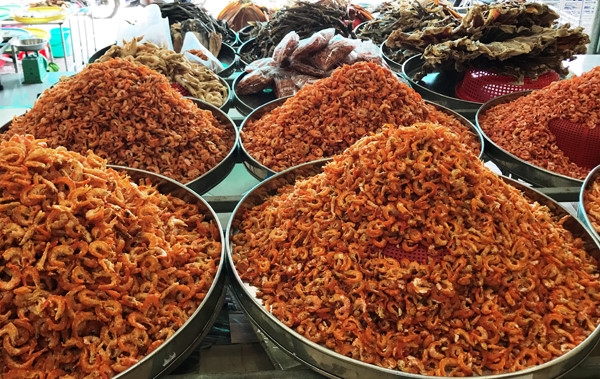 Although some foreigners are familiar with taste and smell of Vietnamese fermented fishes, the broth cooked from Mam ca sac is very rich and fragrant.Photo Ca Mau Tourism

The dish has five tastes: salt, sweet, sour, hot, bitter. The comfortable, flavorful and healthy Lau mam rau rung from U Minh can satisfy those hard to please. Photo scootersaigontour 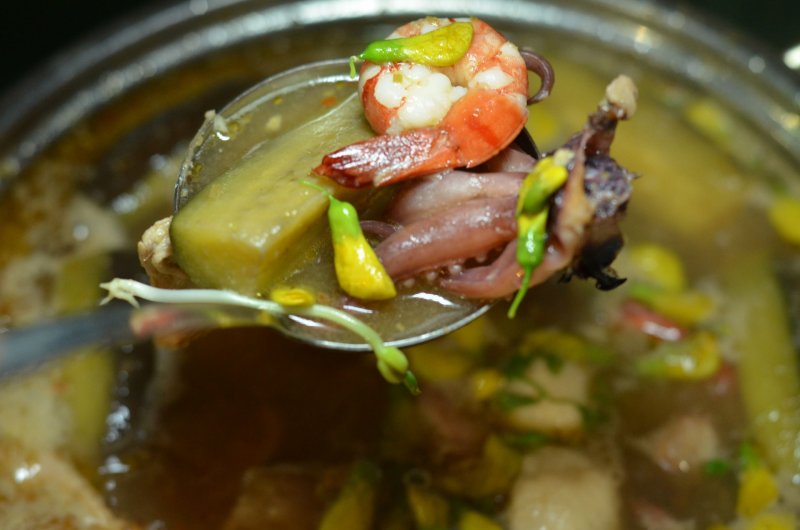 Other ingredients such as fishes, seafood, meat, and vegetables are washed, drain off and served with a pot with the broth on a stove. Photo Ca Mau Tourism

Dinners cook the ingredients at their tables while eating. They usually use chopsticks to put fishes (or seafood, meat, vegetables) at their wish into the pot, cover the pot, then wait until the foods are ready to eat. Dinners can dip cooked foods in special fish sauce (with chili pepper) to enhance the flavors.