Home / Travel / Best Picks
The wonders of the world who also wanted a visit
sonnguyen 4-06-2021, 22:07
There are many natural wonders in the world. Just to hear the beautiful wonders like "the place of the scene", then everyone wants to be a short look in their lives. Did you know all the wonders of the world? To help you find the most accurate answers to this issue, we invite you to follow along with the article below. 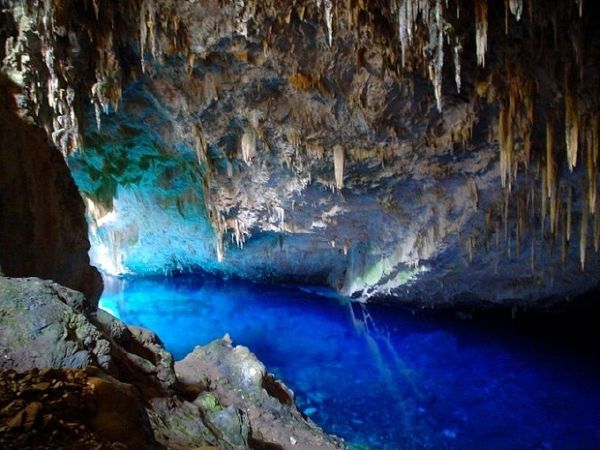 Poco Encantado or Enchanted Well is located in the National Park of Chapada, Brazil. This is a huge pool with depth of Lake is 41m. This is especially the pool with blue water, making it possible to see both the old stem and the large rocks located at the bottom of the lake.
You won't be able to feel the beauty of the lake as the sun shines through the small crevices of the rocks and leaves to form fanciful light on the water. Surely the beauty of this place will make you forget the sorrow of your life. 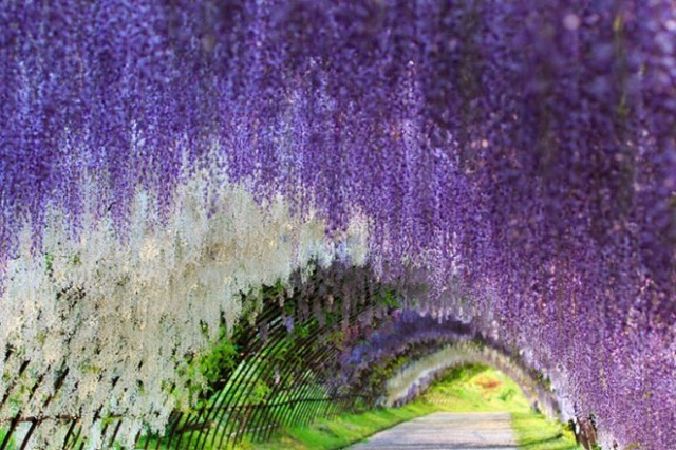 Surely with natural space filled with gentle flowers will make you relate to the "Wonderland" right. For anyone who regularly looks at cartoons, the mythical movies of the fairy's place then the Purple bean flower garden will be a beauty that makes you vibrate.
On this tunnel permeate the colors of flowers such as blue, white, purple, pink, poured... All of the above colors have created a poetic space, shimmering. If you have a chance, you should visit this tunnel in the spring, the time of the flowers blooming to feel all its beauty.

Red Sea in the city of wielding, China 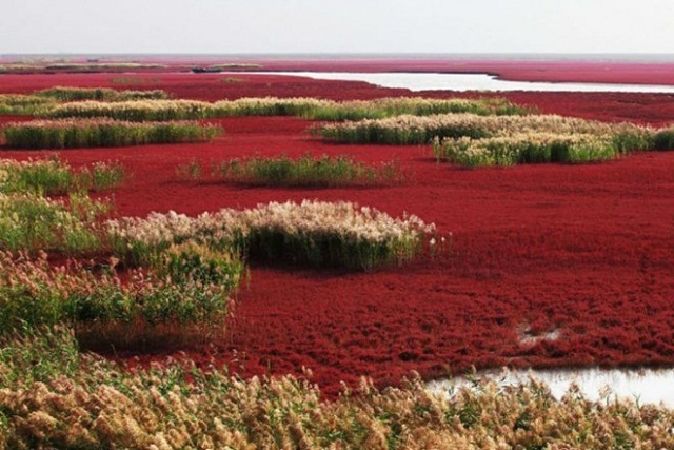 Red Sea in the city of wielding, China

Surely when you hear the name of this place you think the sea here is red right. However, this place is a large area completely covered with a red seaweed. This seaweed is called Sueda, and grows rapidly in spring. When in summer the wort still carries normal green but just weather the autumn, blue will gradually turn red. If you want to see the Red Sea, you should visit this place from 9 – 11 months.

Tunnel of Love in Ukraine 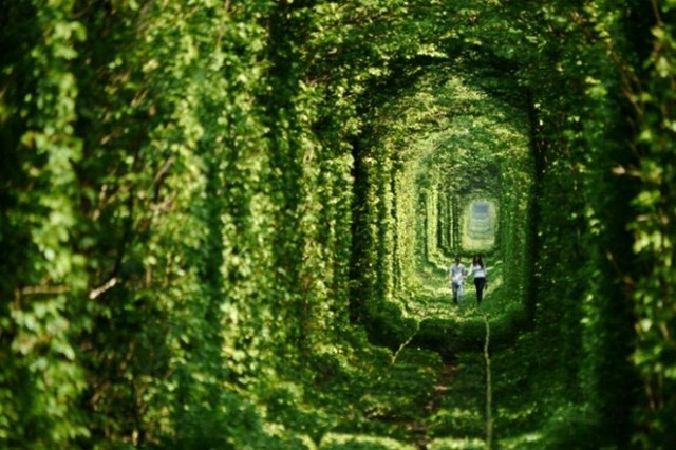 This is a tunnel created from the bushes and has a length of about 2, 8km. The true love Tunnel is home to a magnificent setting that has made a lot of poets, writers, and photographers. The couples also choose the tunnel as a place to visit, to make a wish and to spend the relaxing moments in the most comfortable nature. 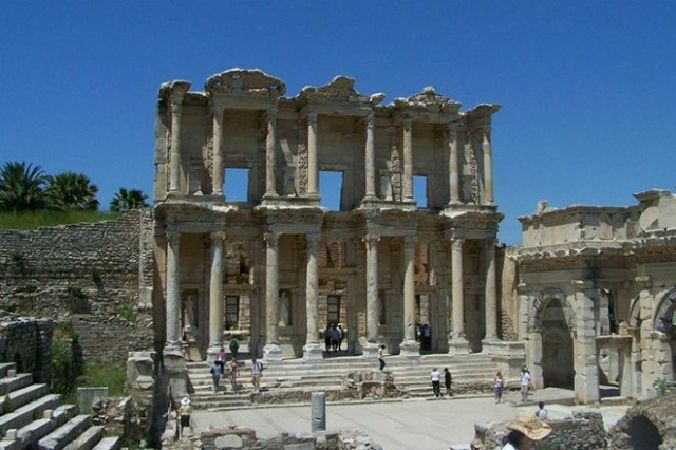 Celsus's library is considered one of the most characteristic Roman ancient structures. Many records indicate that the library was constructed from 100 – 110 after the BC. The library kept up to 12,000 rare books. The people also see the library as a temple because under the entrance is the tomb of the heroes.

Old City of Bagan in Myanmar 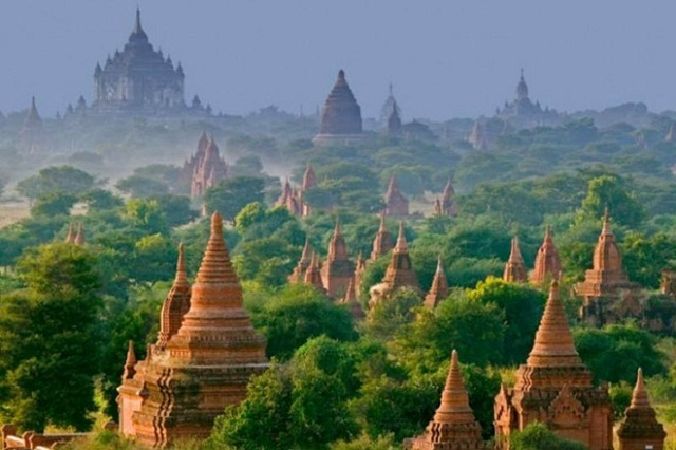 Old City of Bagan in Myanmar

In Asia there are many beautiful landscapes and magnificent spaces. However, the ancient city of Bagan in Myanmar is still known to many people. In the ancient city survived to more than 10,000 Buddhist temples, however the number of temples survives to this day only about 2000.
When you arrive in the old City of Bagan, you will be visiting by balloon to briefly complete the view of the city. 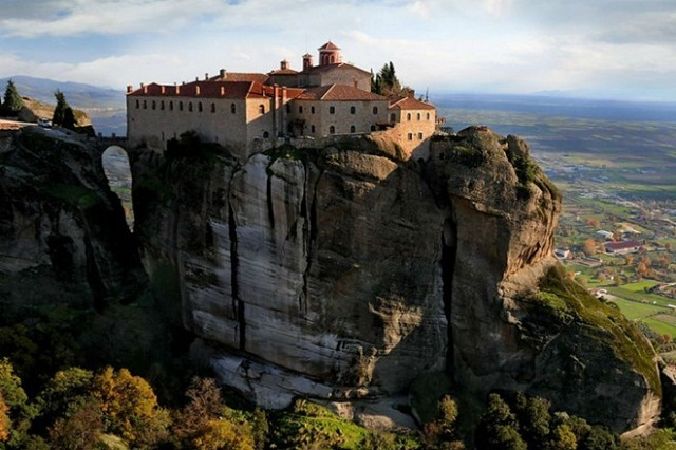 The name Meteora means something like "hanging in the sky" or "Hanging rocks". Meteora consists of six monasteries that have been constructed on the top of the pillars protruding over trees. The monastery if the panoramic view will give you the feeling of playing with, the cross between the vast, immense skies. It is considered one of the world's largest and most extensive monastic populations. Meteora has been recognized by UNESCO as one of the world's cultural heritage SITES. 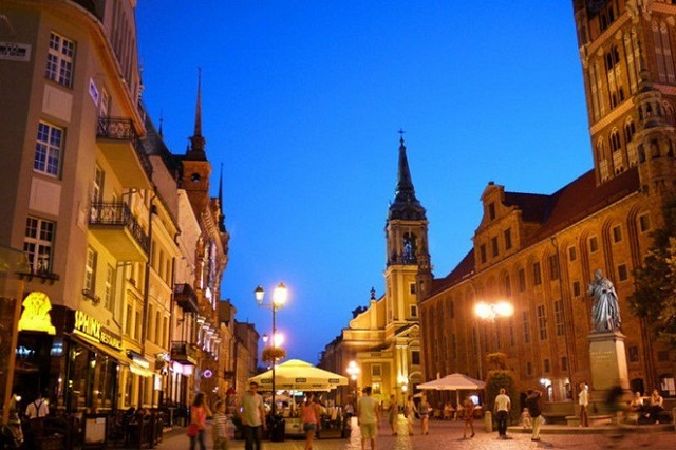 This is one of the ancient towns attracting tourists to visit the island. The town was built in a long time in the style of medieval architecture with a variety of unique impressivity. The town is built all over the bricks and each location, the small alley offers exotic attraction. 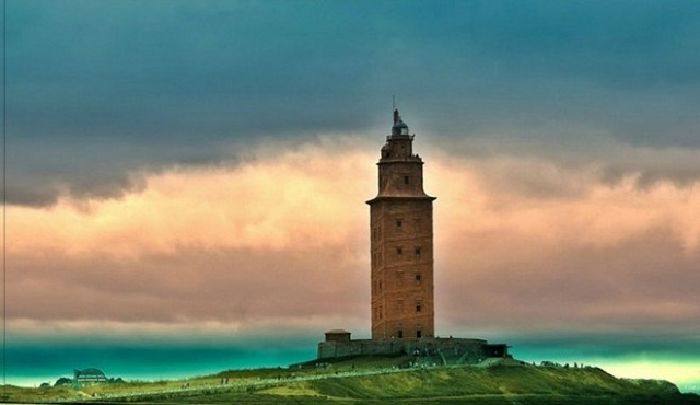 The Herculer tower was purse like the lighthouse of the ancient Roman world still used to this day. This 2000-year-old architectural structure is both a Spanish national heritage Site and is recognized by UNESCO as World heritage. 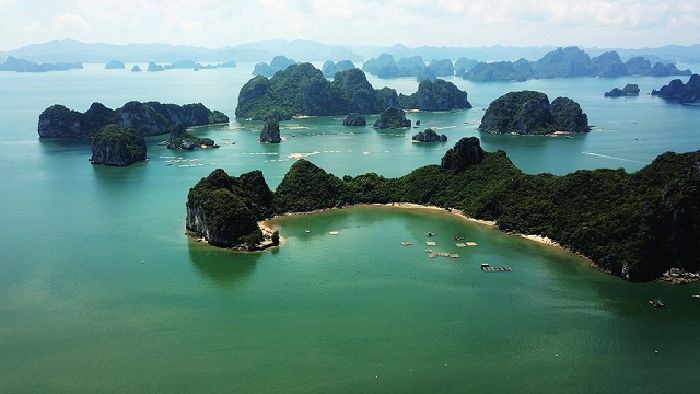 Our country is also fortunate to have ha Long Bay as National heritage and a UNESCO World Heritage site. Ha Long Bay is not only large area, the harmony of the mountains, the islands and the sea. All have created a magnificent natural space, strong but equally vivid, romantic. Ha Long Bay is 1 of the 7 new natural wonders of the world.