Lotus is at its full bloom at this time of the year, adding a romantic touch to the already charming Hue city.

Lotus flowers play an important role and remain a special position in Vietnamese spirit and culture. Contemplating lotus flowers, we can see images of Vietnamese people.

The flowers have long been associated with Hue, ingrained in Hue locals' hearts, and can be easily found in the city's ancient architecture, cuisine and culture. Thus, one can catch sight of lotus in every step they take, from lotuses in lakes and ponds to the Hue royal palace. The flowers' fragrance is not any less alluring, deserves it the title national flower of Vietnam. 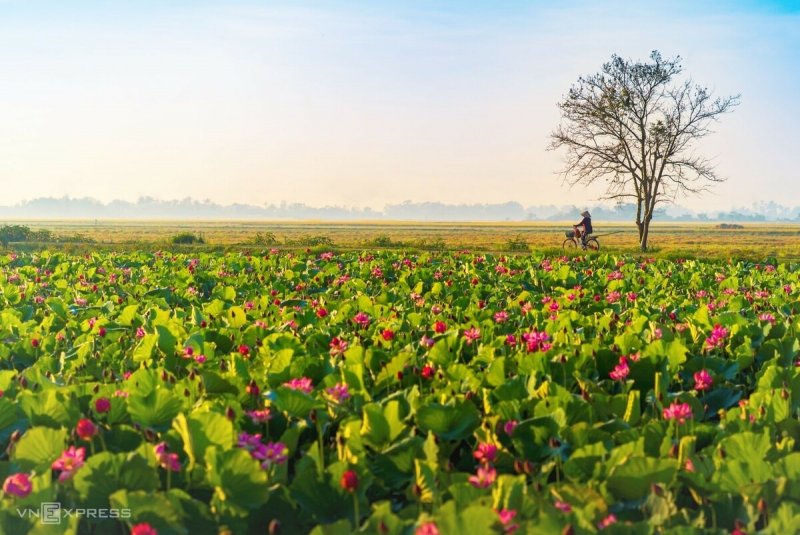 Pink lotus flowers dot the green carpet of La Chu village, Huong Tra town, which is 12 km from the center of Hue.

Young photographer Kelvin Long, 27 years old, has a fond affinity towards the central city, as well as its gorgeousness in the lotus-blooming season. 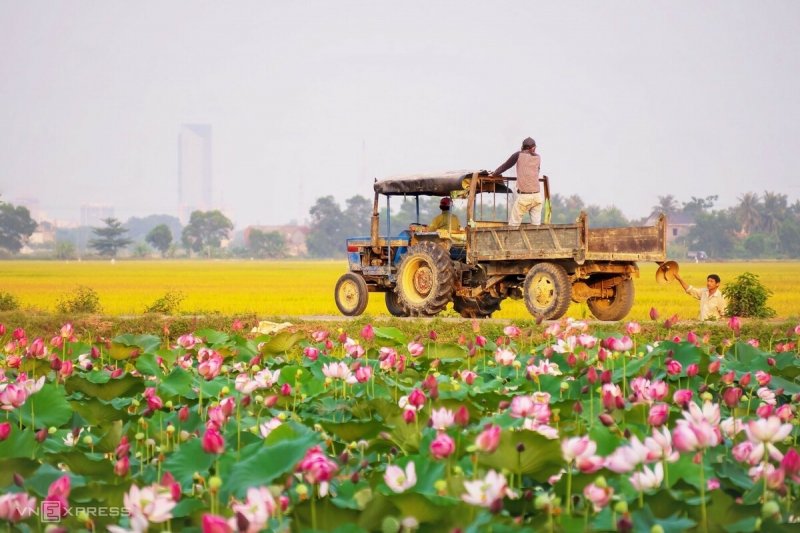 The peaceful landscape of La Chu Village with a pink lotus field on one side and golden, harvestable rice paddy on the other. 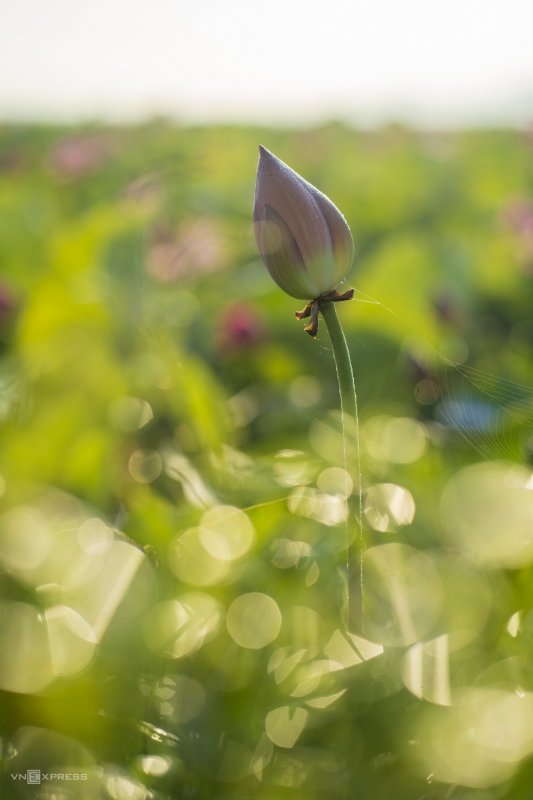 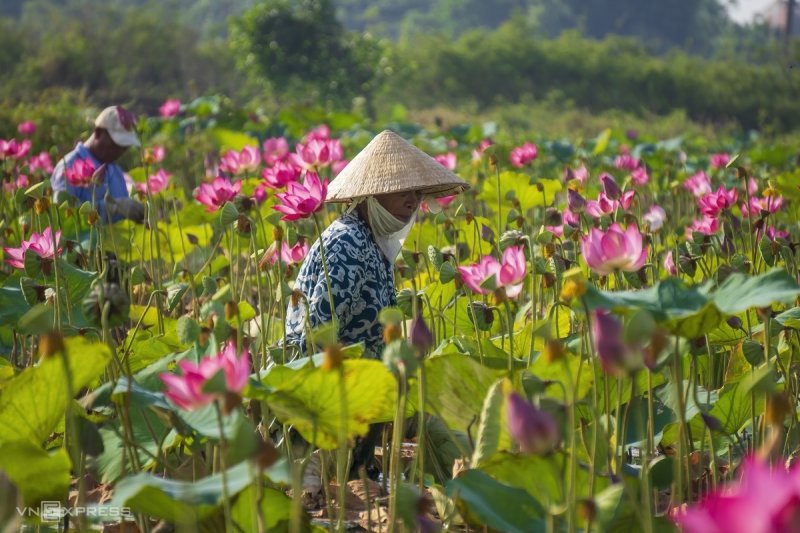 Lotus is often grown from April to July and harvested after 30 days. Normally, farmers bring old lotus flowers ashore to split the seeds and sold to traders for tea making.

Near-blooming lotus flowers are also used to make tea since they retain the essence in the bud. 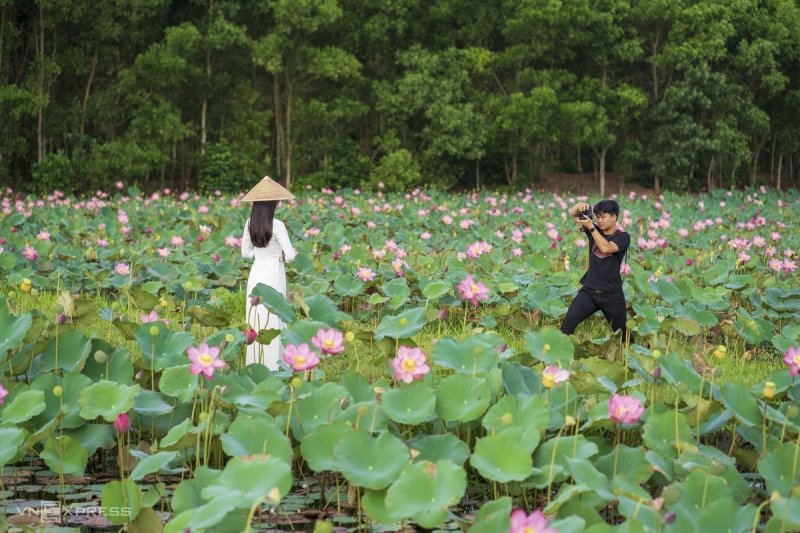 People can also visit the lotus pond in Quang Dien commune, around 27km from downtown Hue. 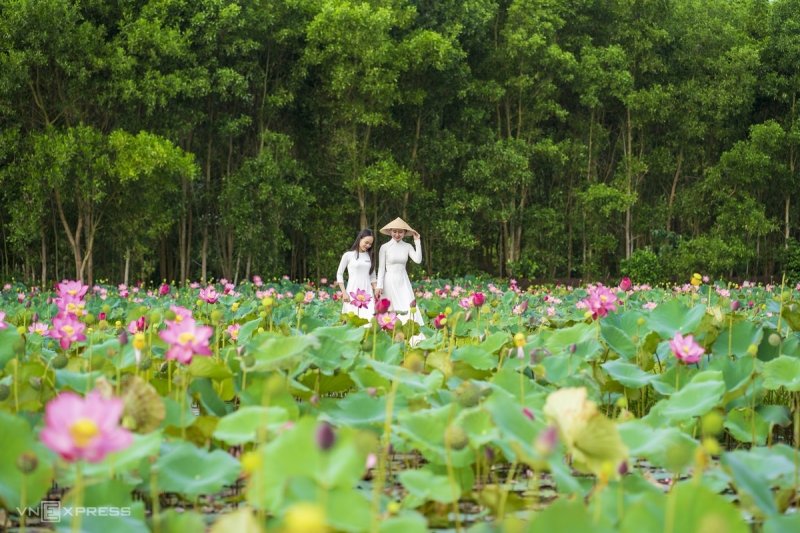 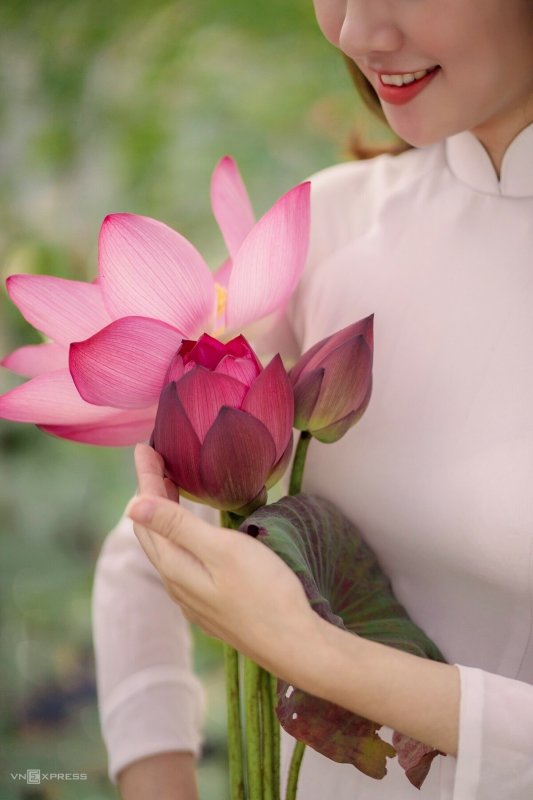 "I really love lotus flower. I'm here today with my friend who is an avid photographer. Posing with the lotus flower is an amazing experience," Tram Ho, a young woman, told VNE. Hue is also known for its white lotus flower. The species can be found

at Tinh Tam Lake, a famous attraction in Hue and close to the tomb of King Minh Mang, the second Nguyen ruler, reigning from 1820 to 1839.

Pink and white lotuses are typically used to worship Buddha. 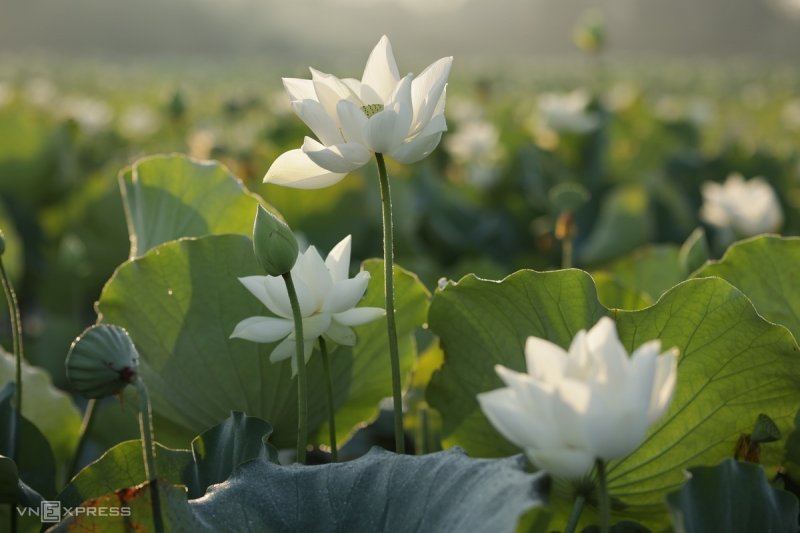