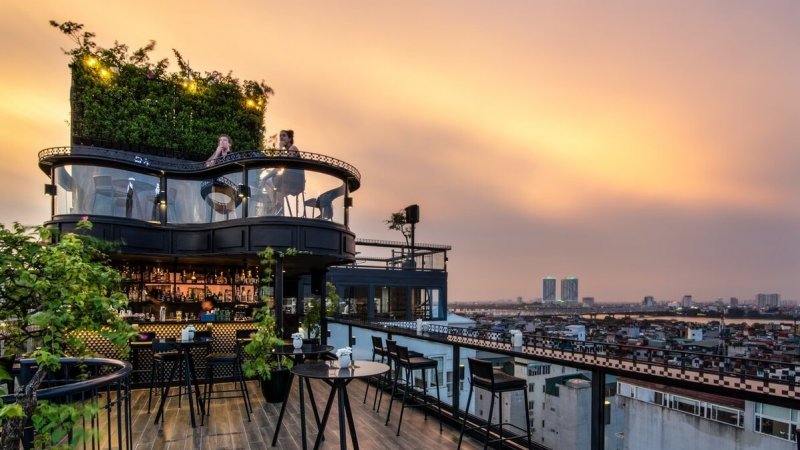 NDO - Four hotels in the Old Quarter of the capital city of Hanoi have been named by the prestigious online travel website TripAdvisor in its list of the world’s 25 best rooftops in 2021.

TripAdvisor announced the awards, as voted by users, as part of its Travelers’ Choice Awards 2021. The series of awards were voted on by millions of travelers all over the world in categories from restaurants, hotels, resorts and destinations through to airlines, beaches and islands.

This year, TripAdvisor divided the hotel section into small categories with different voting standards, including size, cost, service, and rooftops.

The hotel stands on Lo Su Street to the east of the Old Quarter, a short walk from Hoan Kiem (Sword) Lake. Opened in May 2010, it has 34 luxury rooms and suites.

La Sinfonia del Rey Hotel and Spa on Hang Dau Street was ranked third in the category, impressing the tourists with the hotel’s luxurious rooftop and bar.

Peridot Grand Hotel on Duong Thanh Street, Hanoi was ranked sixth in the category as a hotel with the most beautiful rooftop hotel in the world, in addition to the famous hotels in Italy, Morocco and Turkey. The hotel has a bar and huge sky swimming pool on the rooftop that guarantee tourists a unique experience of swimming and watching Hanoi from above.