‘I had a very “intense” childhood, I just hope that the children now can once live in the world they have come through, the young teacher showed off the wild fruits that are too familiar to him. the people of your hometown. 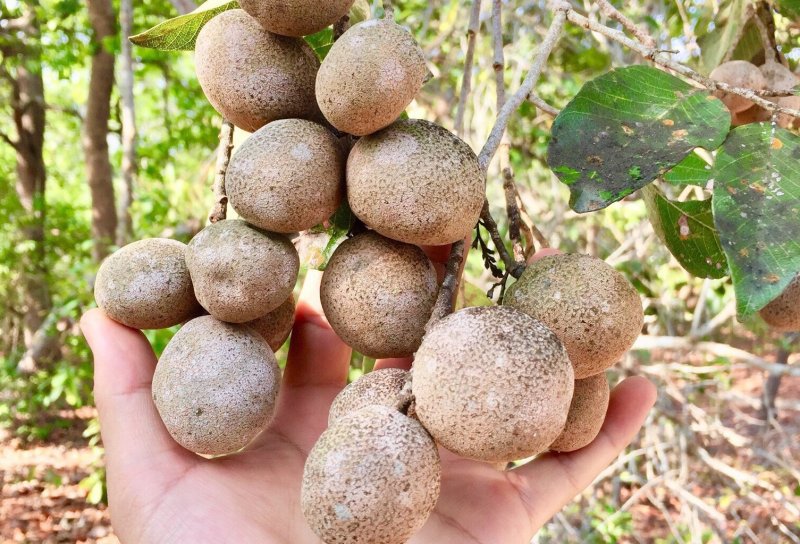 What kind of fruit basket, fruit, explosive fruit (wild plum), forest fruit, rattan, sim, buy, left a book, bran, stork … the wild fruits may be unfamiliar to urban people and children now. Come on mango, banana, jackfruit, plum… ripe trees fill the garden. With this young teacher, those who grew up thanks to the forest, thanks to the garden of his homeland, every fruit is full of memories, full of love, but “a lifetime is easy to forget”.

That is Mr. Le Minh Huan (32 years old) with a master’s degree in psychology, lecturer at the Department of Psychology, Ho Chi Minh City University of Education. Loving the forest, loving the homeland, and wishing to spread the love of nature to the students, Mr. Huan always “separates” the images of rural fruits and folk games into a separate album, so that The break can tell you about the miracles of life. 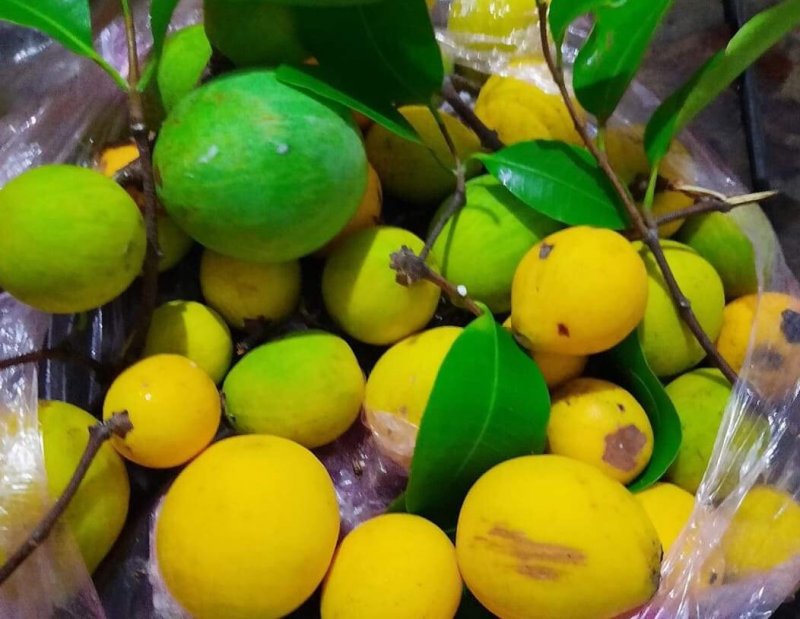 The fruit, sour and sour, dipped in salt and pepper, nothing is as delicious as 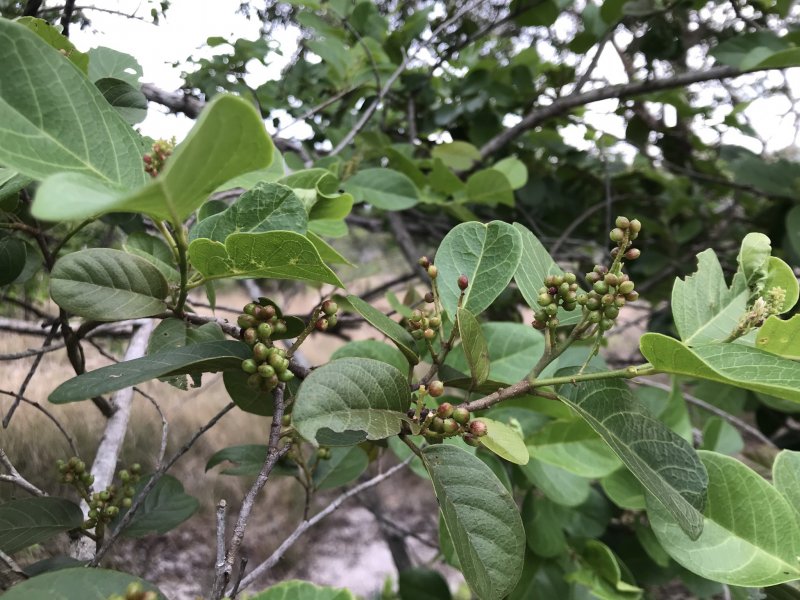 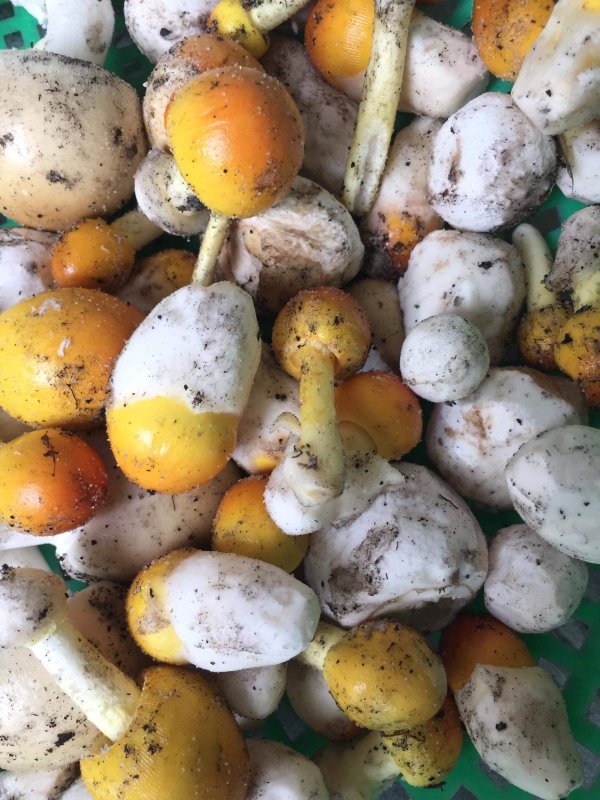 The forest is tolerant to all

Showing reporters pictures of fruit trees in his hometown, Mr. Huan said: “My hometown is in a rural commune of Binh Thuan , favored by nature with all kinds of terrain, sea, narrow plains and wings. lush green forest. In front of my house is the field, a distance is the sea, and the forest is close to the side. Fresh air, diverse nature, charming scenery.

Walk a few tens of meters to the forest, there you can bathe yourself with so many trees, flowers, birds chirping, jungle roosters crowing, cicadas and slugs – each season a color, a sound…The forest is tolerant to all of our grandparents, parents, brothers and sisters .

More than 50 years ago, my family members moved to this countryside to live, my brothers and sisters’ food, clothing, and education money were largely thanks to the products of the forest. Many days when hungry, go to the forest for a few rounds, then you can pick up a bunch of fruit and eat until you’re full.” 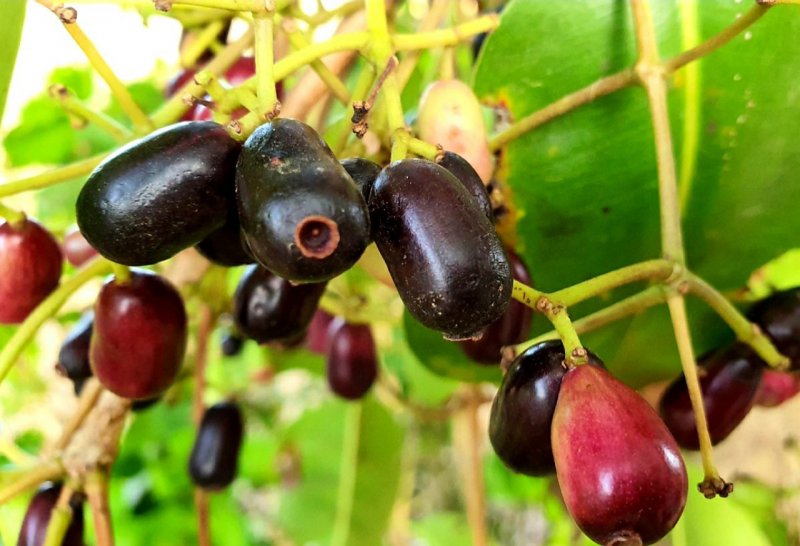 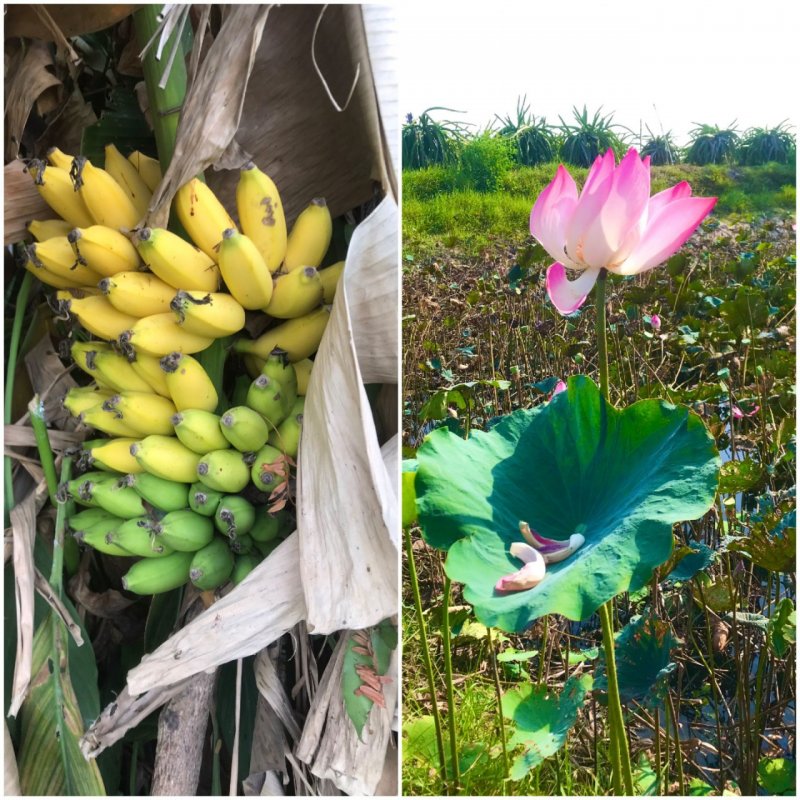 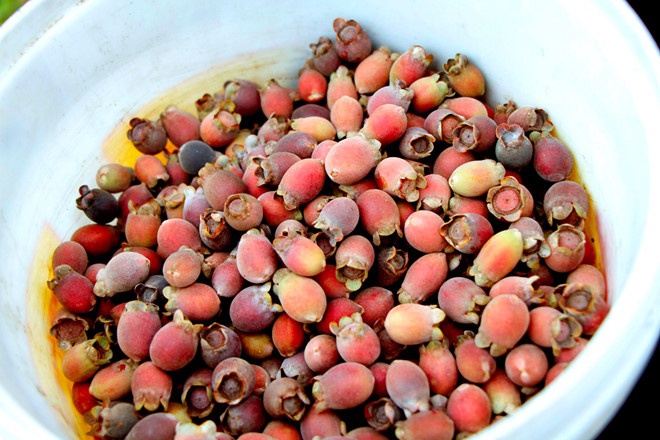 Forest myrtle, attached to the childhood of many people.PHAM DUC’S PHOTO

“In the first grade, I carried a heavy burden of fruit to school, after selling it, I went to the classroom, carefree and happy like many friends at that time. To go to school is to study hard. Summer vacation for 3 months is to play hard . 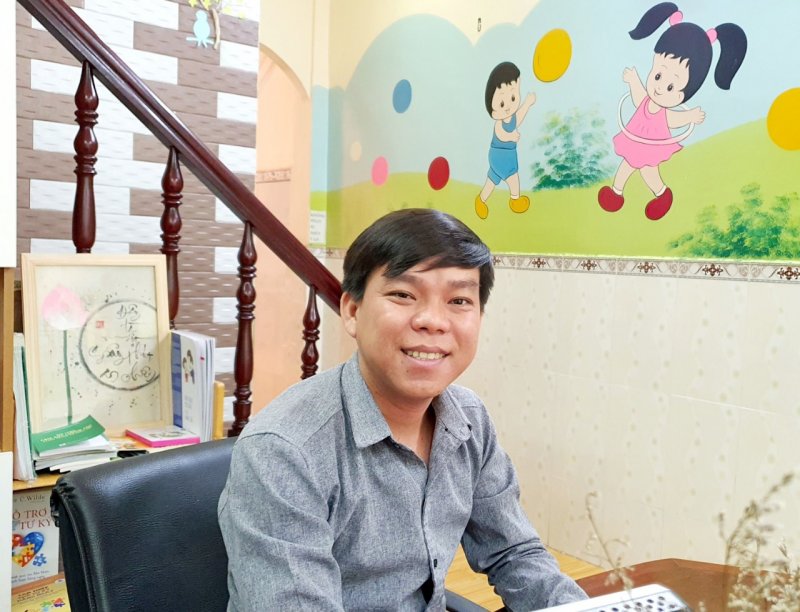 Mr. Huan shared with reporters his memories of fruit in the countryside.THUY HANG’S PHOTO 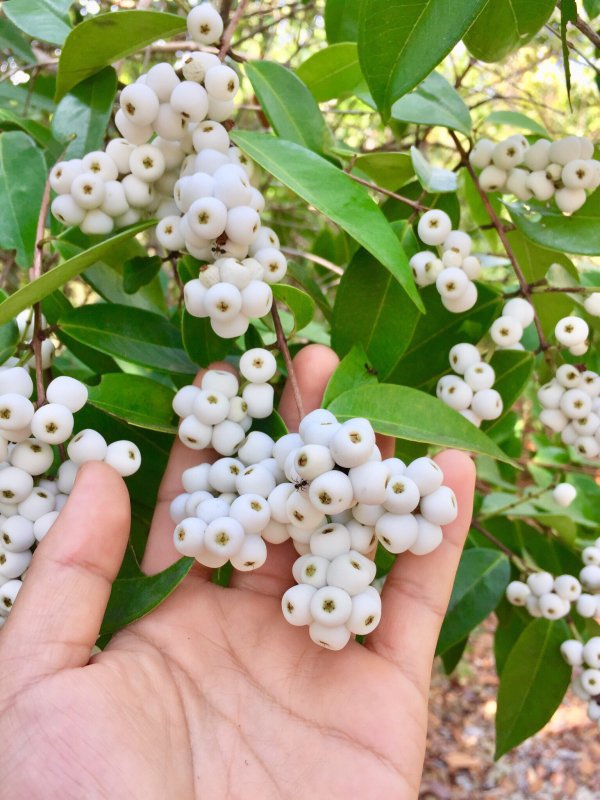 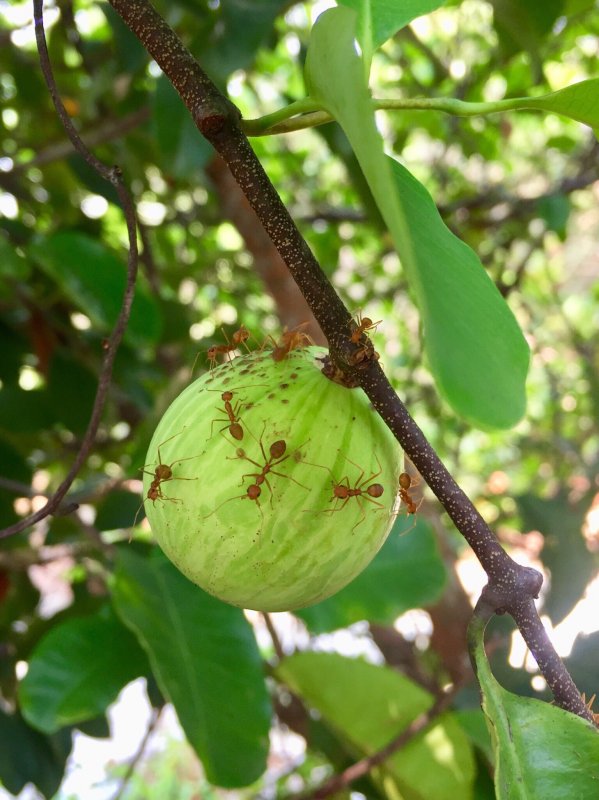 The fruit is on the tree when it is still green 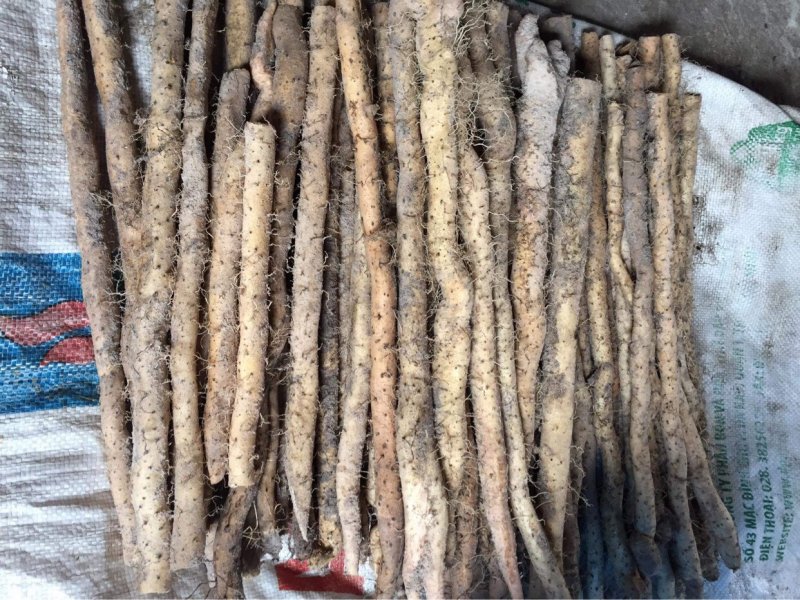 Peach roots are fun, have you tried it? 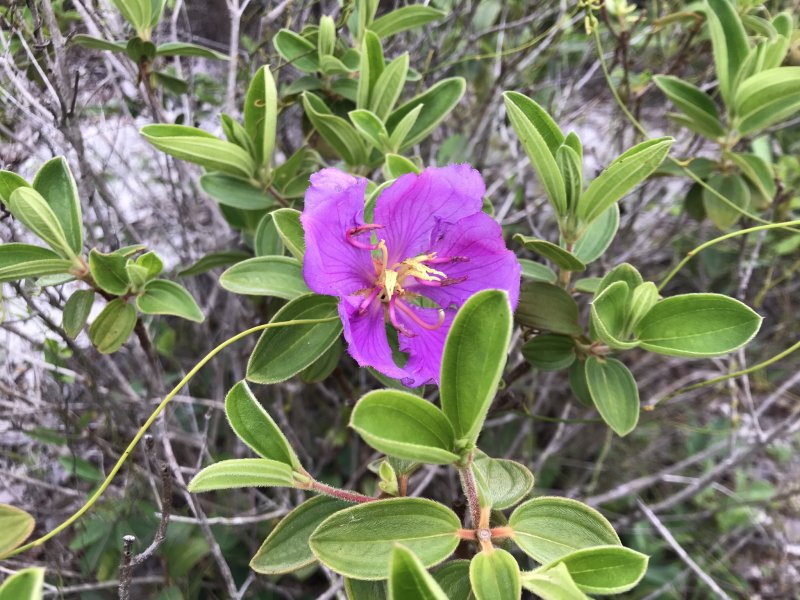 Purple flowers in the forest 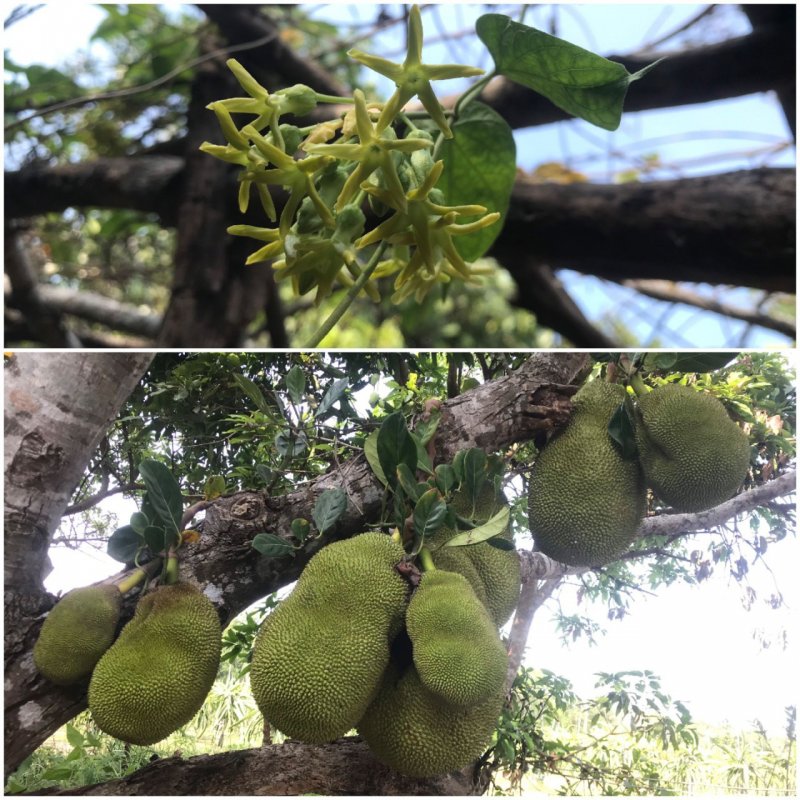 Anyone who looks at the countryside still remembers

Until now, Huan’s hometown still retains much of such peace. Many people left the village and the forest to go to the city to make a living. The forest is still there, waiting for the exiled children to return from time to time.Knowing that her son loves the forest, Huan’s mother every time she sends things to the city for her children, she also picks and packs some wild fruits, when the fruit is in the basket, when the fruit explodes… It tastes good, but eats to remember and nostalgic about old scenes, old people, friends of the same age who have grown up and gone their separate ways.

“Mr. Huan has a habit, every time he comes home to visit, he runs to the forest to “inhale” the scent of childhood to fill his chest, find forest fruits to eat, review the taste of his homeland. He took enough pictures of wild fruits in the countryside, showing them off to all his friends on social networks , gradually, the number of photos of his hometown’s fruits became a rich collection. Many strangers, after seeing his photos, confessed “just want to run home immediately to take a bath once again in childhood”. 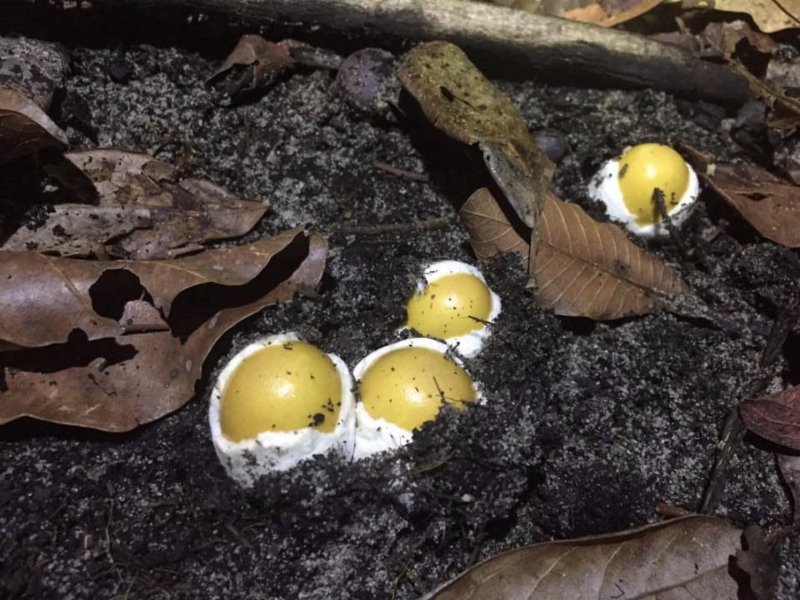 Meanwhile, sharing with a reporter of Thanh Nien Newspaper , many people living in Ho Chi Minh City are also excited when they recall their “intense childhood”, from the rustic images that Mr. Huan recorded. The trees full of fruit were always very attractive to the children in the old countryside.MINH HUAN’S PHOTO 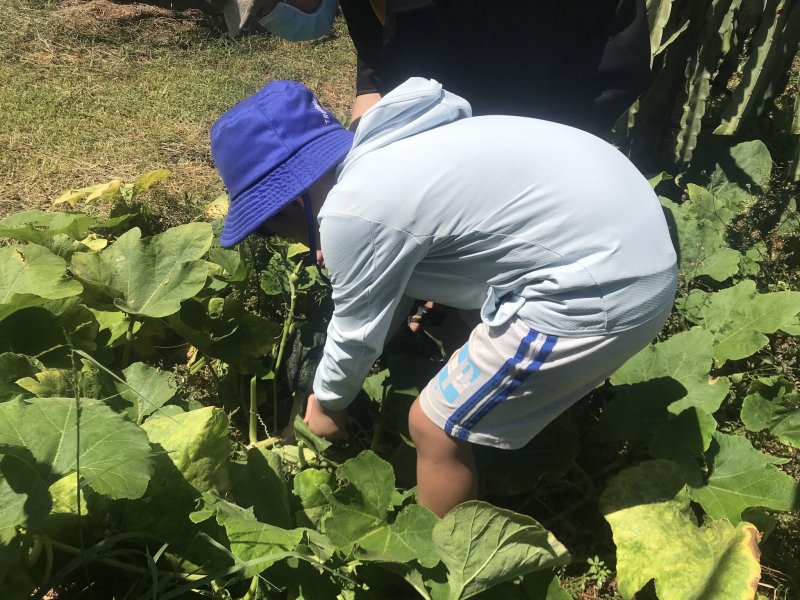 What’s more fun for children than picking vegetables in the garden by themselves? Mr. Nguyen Thanh Tuan, resident of District 5, Ho Chi Minh City, had lived for 10 years in Ap Cho, An Quang Huu commune, Tra Cu district, Tra Vinh in the 1980s, he was very moved when he saw pictures of children bathing. rain, pulling mo areca, or a country garden full of jackfruit, mango…”Putting the moose, bathing in the rain, wading in the river, slapping and catching fish are the games that children play every day in the western countryside.

There are many other games that are equally as fun as climbing coconuts, catching coconut rats (coconut mice love to live very much). on the top of a coconut tree), playing mandarin umbrellas, playing ticks, throwing stones, and kicking rubber bands, whoever loses is wiped with a black jar all over his face. Children in the countryside often go to pick brooch , then pick acacia tamarind.

I still have a memory. I can’t forget that there was a mango tree in front of my house that day, when the mango was ripe, I climbed up the tree, picked the fruit to eat, and slept right on the fork. I fell asleep and hit the ground, it hurt so bad, my lips were bleeding too much, I still have a scar,” he nostalgic.Games, country rustic fruit, mentioned only to remember a whole lot of memories. As for you, what fruit is your childhood deeply attached to ? Follow Thanh Nien