LAO CAI – From 2013 to the present, photographer Vu Ha Nam has been to Bat Xat highland 5 times to photograph landscapes and local life in the rainy season. 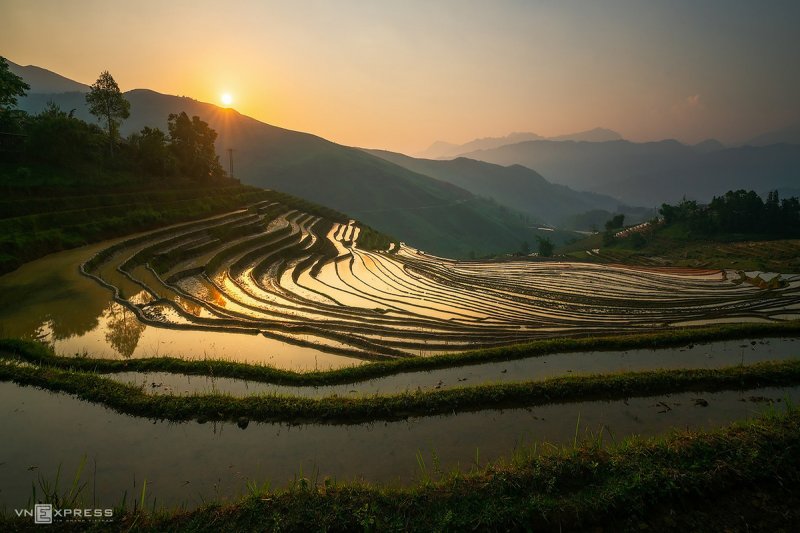 Dawn shines on the terraced fields in the rainy season at Sang Ma Sao. Photographer Vu Ha Nam (or Nam Tron) was born in 1984, now lives and works in Hanoi, is a person who is fascinated by the highland water season, so he spends many times on the road hunting. This year due to the complicated epidemic, he could not go back to Bat Xat, but during the previous 5 times he went and accumulated a photo store of the water season on this land. 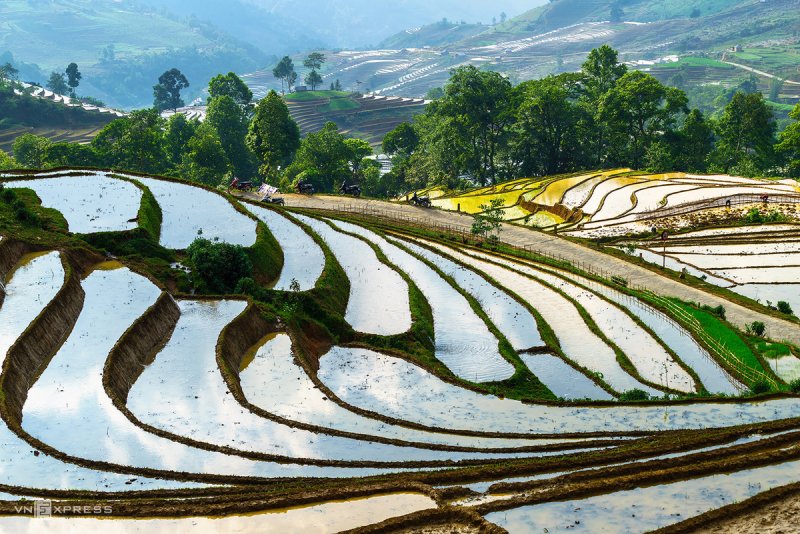 Terraced fields in the pouring water season are the “tourist specialties” of the northern mountainous region during May-June. The mountainous border district of Bat Xat includes Bat Xat town and 20 communes located in the northwest of Lao Cai. In which, Y Ty commune is located in the west of the district, with an altitude of over 2,000 m and leaning against Nhiu Co San mountain range .

Nam Tron said he had discovered most of the terraced fields in Bat Xat, from Y Ty, Den Thang, Sang Ma Sao, Muong Hum to A Lu, Ngai Thau. During the Bat Xat photo shoots, he also experienced many different types of weather, from bright yellow sunshine, fog to cloudy, showers. 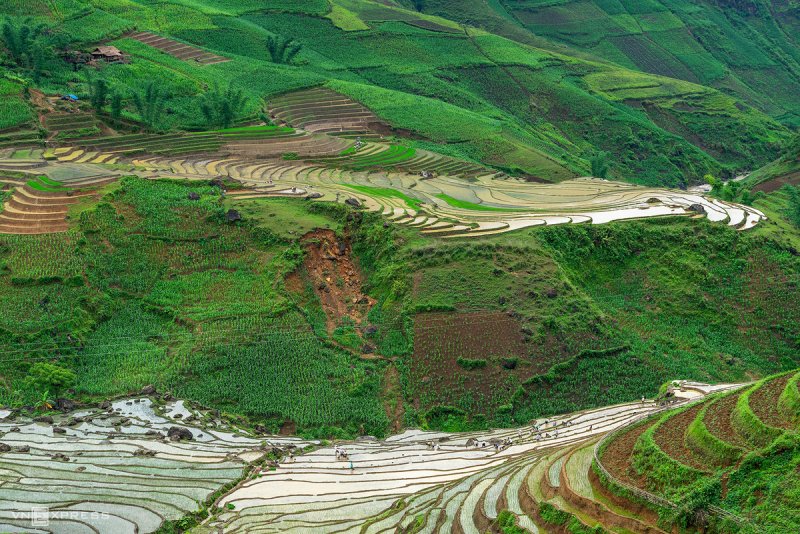 Bat Xat district, Lao Cai province has more than 3,000 hectares of terraced fields, with 70% of the terrain being mountainous. The streams Ngoi Phat, Lung Po, and Quang Kim not only make an important contribution to agricultural production and field cultivation, but also become the most beautiful tourist destination in the Northwest. 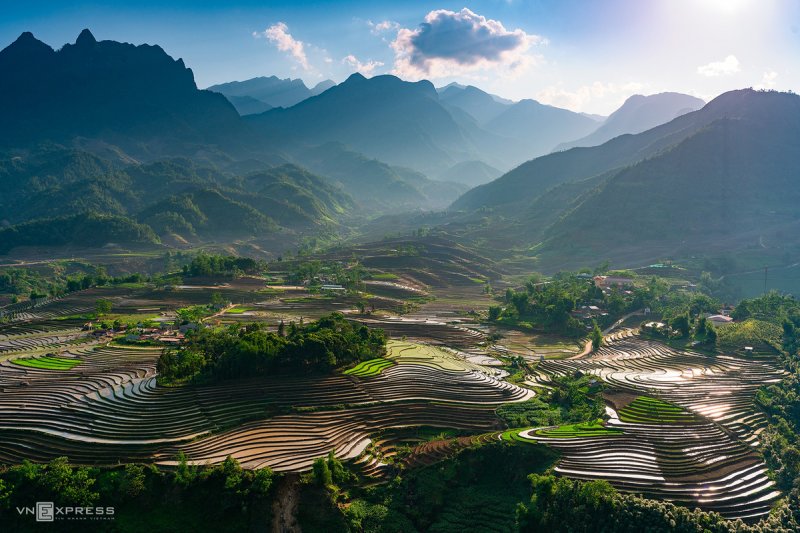 Fields filled with water are interwoven with newly planted shoots of Sang Ma Sao, photo taken on May 6, 2020. The water season in Bat Xat district lasts from May to June every year, with fields that can be transplanted early or late depending on the weather and each commune area, creating different colors. 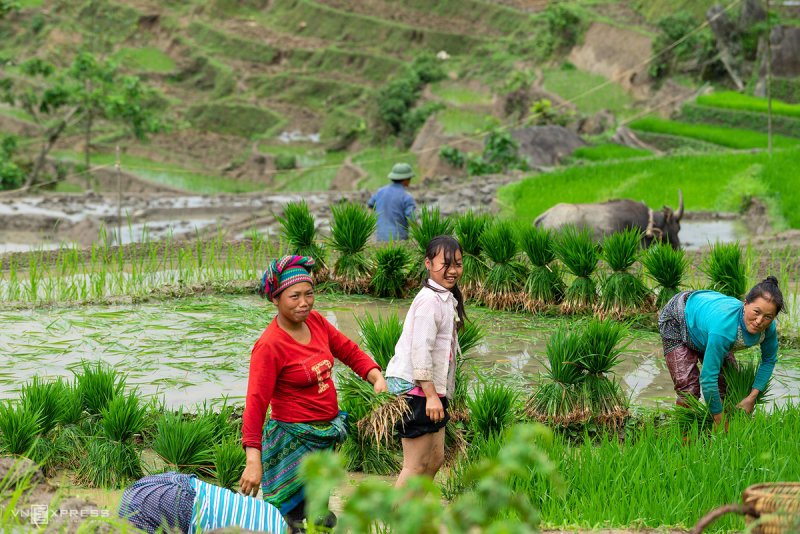 In addition to watching the scenery, visitors can experience the rhythm of ethnic life in Bat Xat. This highland district is home to ethnic groups such as H’Mong, Dao, Giay or Ha Nhi.

The photo above was taken at Muong Hum, about 5 km from Sang Ma Sao. In the pouring water season, the people transplanting seedlings bring a bustling atmosphere. They are always smiling towards the photographer’s lens. 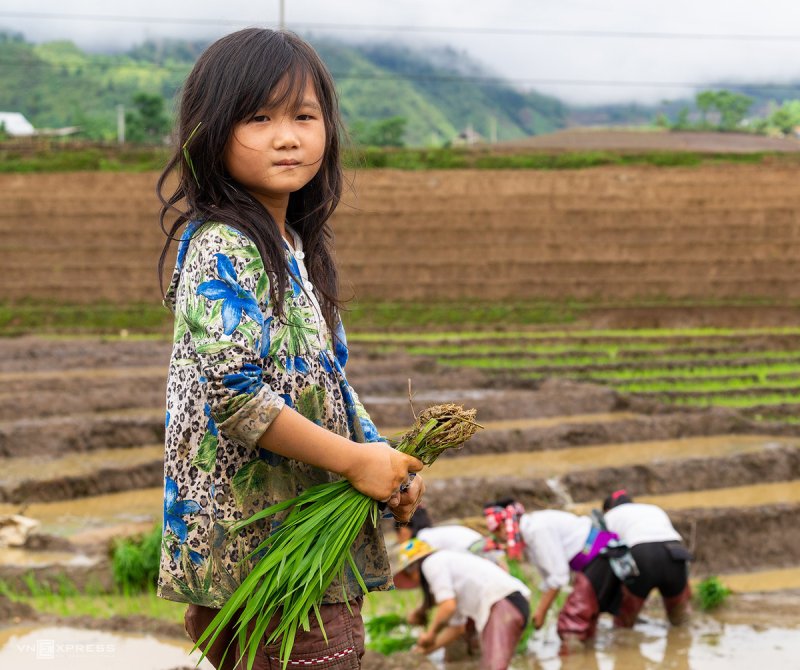 “The girl who followed her parents to the rice field in Muong Hum was an impressive moment for me,” said Nam Tron.

He said that this week, Bat Xat is in the pouring season, preparing the soil and preparing for the water to overflow the terraced fields next week, after that the soil is softer, people will transplant seedlings. 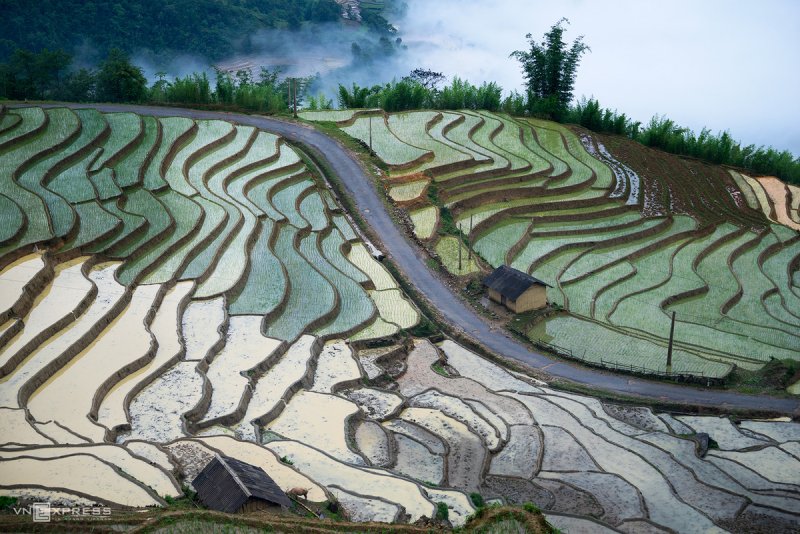 The terraced fields curving along the slope at Ngai Thau and hidden in the morning dew. The road to Ngai Thau is more difficult due to the fact that there are high to gentle hills, many winding bends, in return, visitors will be fascinated with the beautiful scenery in the water season on both sides of the road. 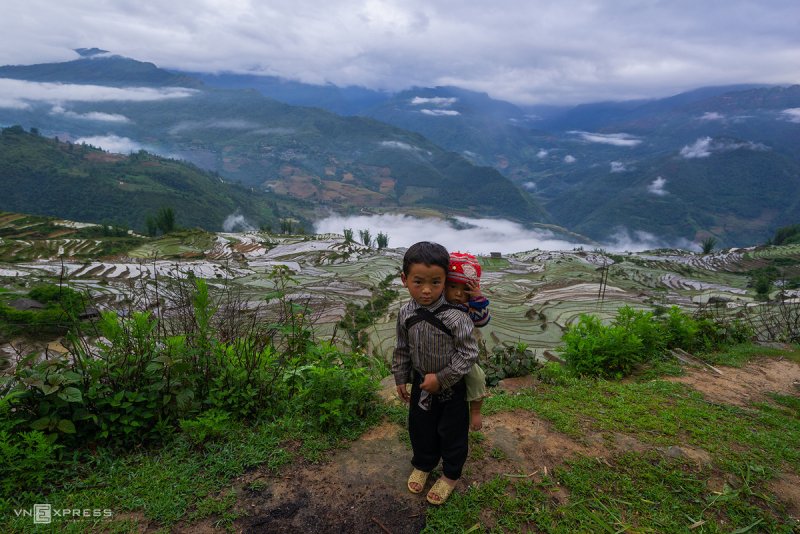 The boy went to the field to carry his brother on his back, in the distance is a cloud of clouds on the terraced fields of Ngai Thau. “When they meet strangers, they often shyly look at them, but then they quickly get used to them and are even more interested in being photographed by photographers,” said Nam Tron. 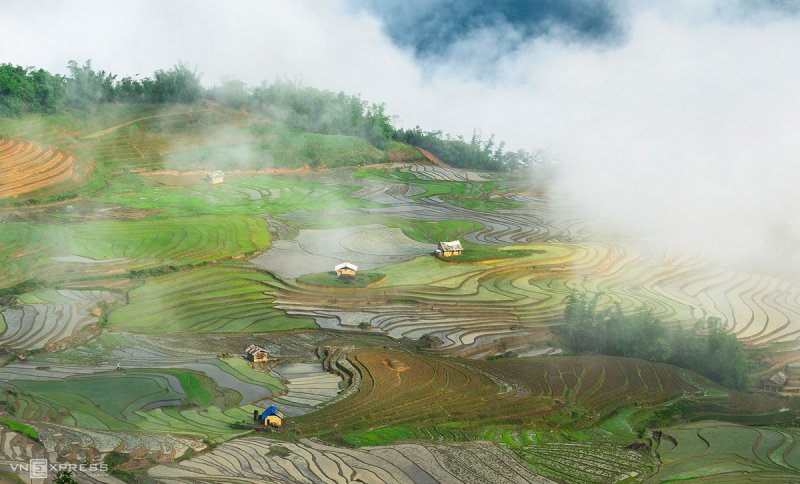 The thick fog hangs over the terraced fields with the highlight of the houses in A Lu, typical houses of the Northwest highland people. . The house is built of earth, cool in summer and warm in winter. Previously, people covered their roofs with thatched grass, traditional straw. Over time, along with the development, there were houses using fibro cement or corrugated iron roofs.

The photo above was taken in May 2016, with the highland landscape much more wild and rustic than today. Follow vnexpress