Home / Travel
What beautiful season to travel to Da Lat to facilitate sightseeing and photography?
daitranvan 6-05-2021, 09:24

Which season of Dalat tourism is beautiful is the concern of many tourists when they want to fully explore this dreamy and lyrical city.

How is the climate in Da Lat?

Da Lat city of flowers is located on the Lam Vien plateau, a famous tourist destination in the South Central Coast . The climate in Dalat is located in the savanna tropics and has two distinct seasons: the rainy season and the dry season. It can be said that Dalat is a temperate city in the middle of the tropics, with an average temperature of only 18-22 degrees C per year. 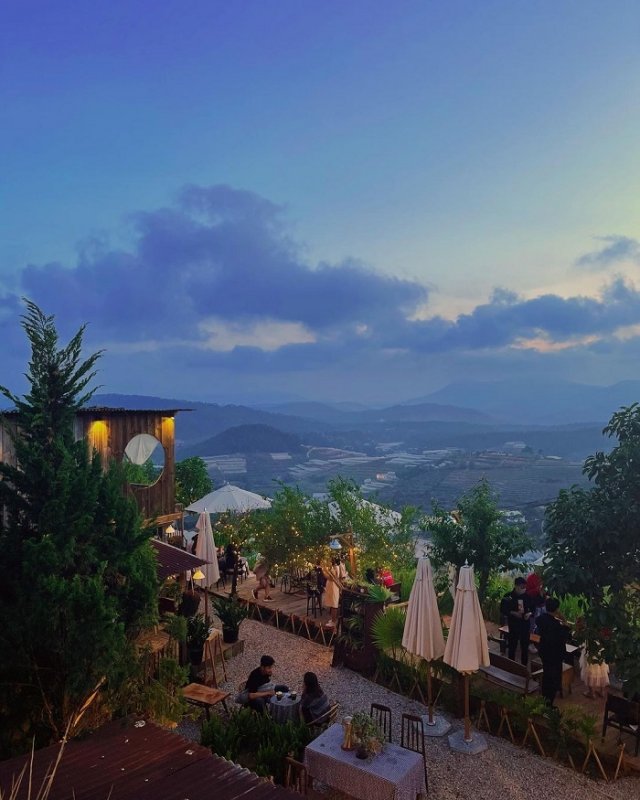 The dry season of Dalat starts from December to March of the following year and from April to November is the rainy season. Monsoon nature of Da Lat city is also clearly reflected with the influence of two monsoon seasons, namely northeast monsoon in dry season and southwest monsoon in rainy season.

Traveling to Dalat, you can feel the temperature here changes very quickly, maybe in the early morning only 10 degrees Celsius, but at noon the temperature can be up to 28 .C. That is why people often say that the climate here has all four seasons one day: Morning is a cool, pleasant spring, noon is summer days and in the afternoon is autumn with the clouds and the night comes. the cold of winter mountain town. 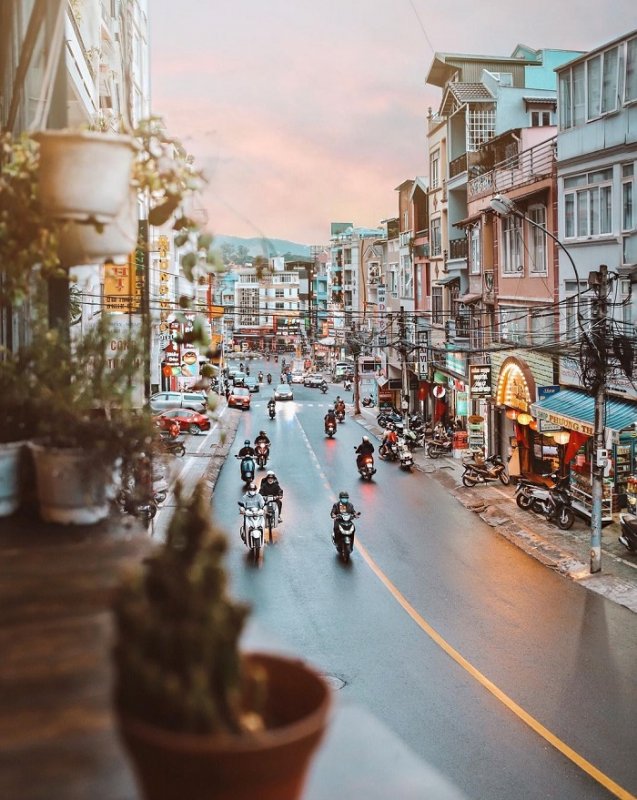 Dalat street after a @alyshiaturchyn rain

In the dry season, with the influence of the northeast monsoon coming back and bringing the sea vapor, the climate in Dalat is  cooler and somewhat dry. This time is also the time when Da Lat tourism enters the most beautiful season of the year, the sky is always clear, cloudless, the climate is cool and the feeling is quite pleasant and also the season of many beautiful flowers blooming. like sunflowers, canola flowers, wild anemones… In the dry months, the climate is cool during the day and chilly at night with the fresh mountain air. In the rainy season, the southwest monsoon combined with tropical depressions and storms in the East Sea has brought Da Lat a large amount of rain, an average of about 1600mm per year. However, the rain in Da Lat was not too wet and persistent like the Central and the North, the rain only happened in the afternoon and the early morning sun gave Da Lat a typical fresh and cool atmosphere.

Come here in any season, you will also feel the romance and strange attraction. Therefore, it is not strange to say that the weather is what makes tourists want to come to Dalat. Mornings with fog covered the city; By noon, the weather is dry but not too hot, in the afternoon and at night the weather will calm down a little more it will be so cold. The characteristics of the climate plus fresh air, beautiful landscape, it is easy to understand why Dalat tourism has a special charm regardless of the season of the year. So which season to travel to Da Lat is beautiful ? 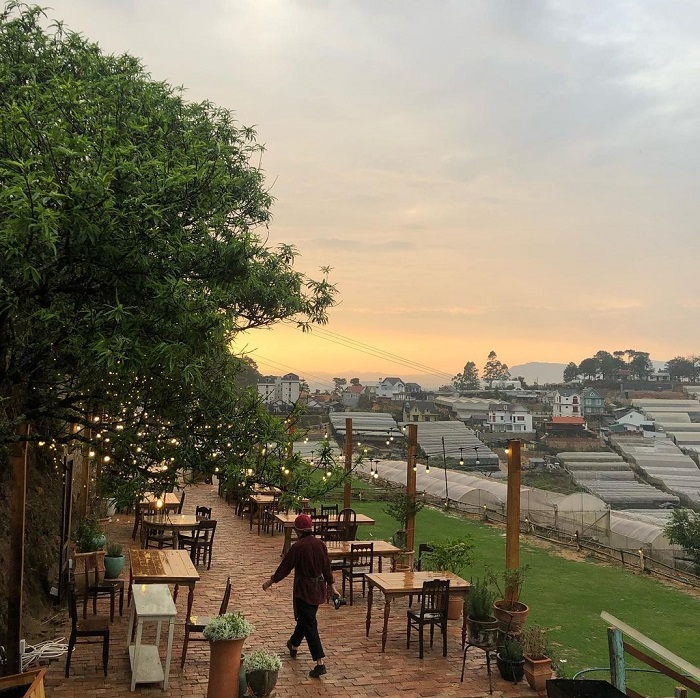 Every season to Dalat has its own beauty @ reply1994dalat

Da Lat entered the Christmas season with a characteristic atmosphere of the weather changing from winter to spring, the season of wildflowers blooming yellow along the way mixed with the white of hydrangeas, mimosa enhances the dream and romance for this city. You can come here to feel the winter weather is not too cold like in the North with the pedestrian streets decorated with many lights, flowers, Christmas trees … on Christmas Eve. 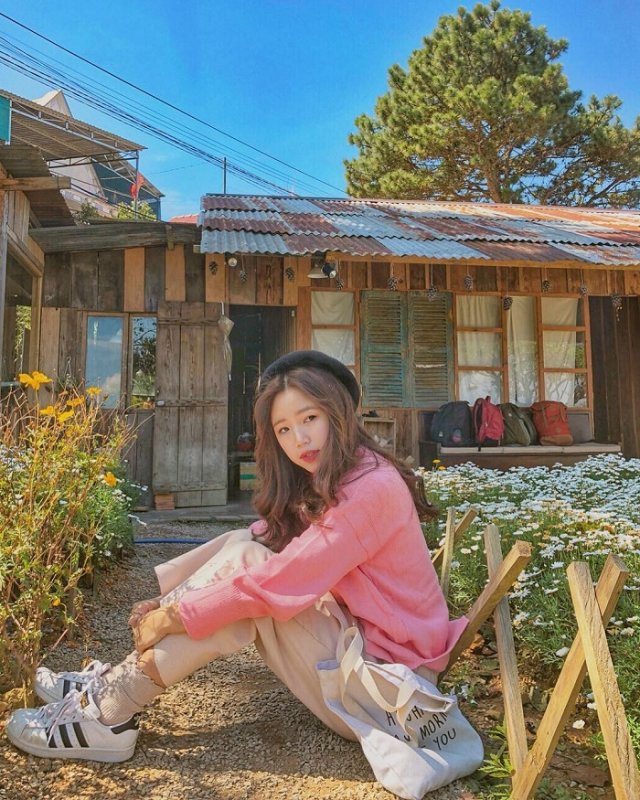 Every season in Dalat, there are flowers blooming together

January in Dalat is the time when cherry blossoms are at their most beautiful, so you absolutely do not miss the opportunity to see this flower when you come here. Coming to Da Lat in January, you can admire the cherry blossoms blooming in some places and then in full bloom in February. But in general, when in season, in Da Lat there will be no lack of shadow. this flower! 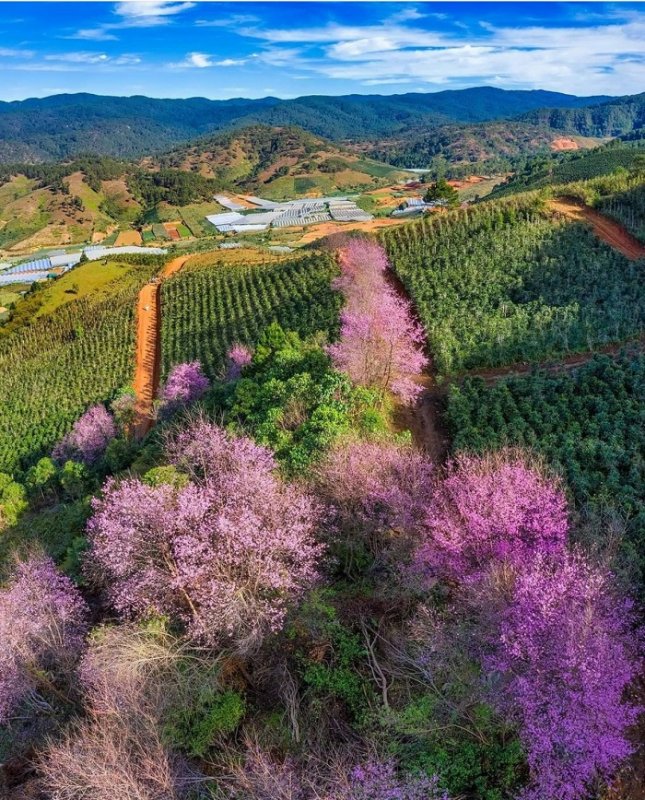 The apricot flowers are in full bloom in Da Lat @banhbaodalat 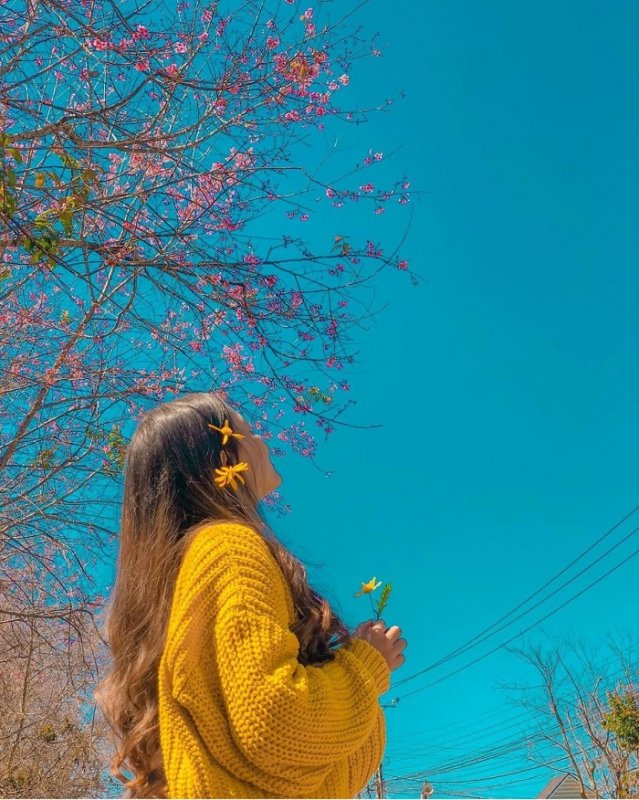 January is the beginning month of the blooming season @ midy_09

Usually March – April and November-December are the season of sunflowers in full bloom, you can go to sunflower fields to take pictures, in the morning from 7 to 8 in the morning or in the afternoon from 15 to 17 o’clock, when the sunlight is neither too cut nor too light. 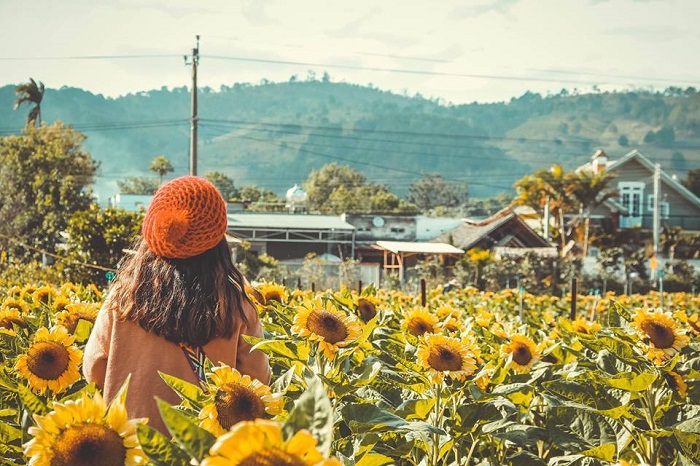 The sunflowers are brilliant

May is also the peak time of the dry season in the Central Highlands, so the atmosphere and weather will be quite hot, but in Dalat, thanks to the high terrain, the temperature is more comfortable. In the beginning of May and June of summer, there is usually a lot of sunshine, warmer weather, and very little rain. If you do not know which beautiful season to  travel to Dalat  , this is an ideal suggestion, the season is not too crowded but the weather is also very suitable for taking pictures. 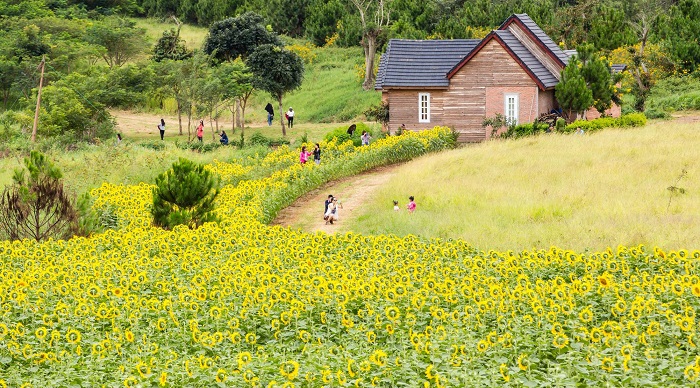 August starts of the rainy season, and all scenes and people become new. At this time, the Mimosa flowers at the beginning of the season began to bloom, flowers such as lavender, triangular flowers, and hydrangeas also flourished. According to  the weather of Dalat in May. It rains almost any day at this time. But just showers, suddenly come and then suddenly go, so your visit and travel will not be affected too much. At this time, the service price may be cheaper because it is the rainy season, visitors usually do not go out in the afternoon. 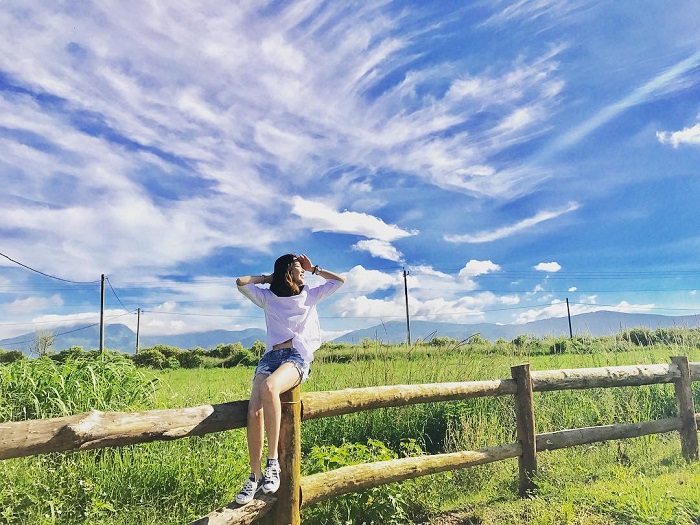 Dalat is beautiful all year round