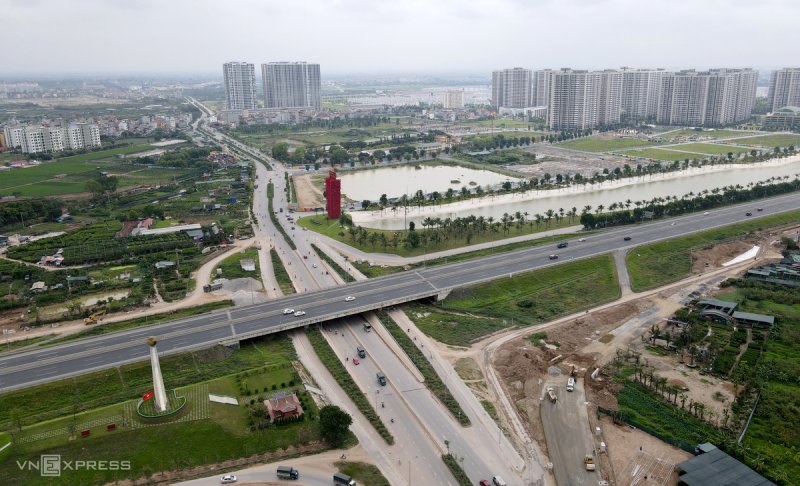 Ly Thanh Tong Street, nearly 3.5 km long, was inaugurated and named at the beginning of January. The road has the beginning of Highway 5, Trau Quy, the section of Phu Thuy station and the end point is Dong Du dyke. 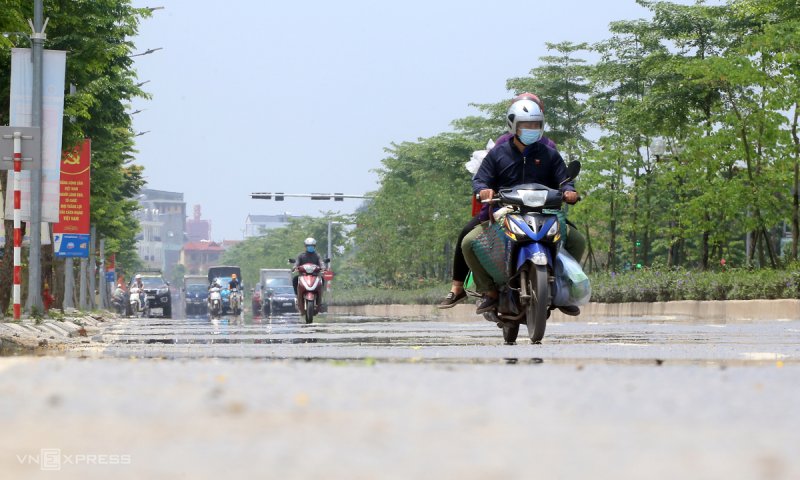 The road is invested nearly 200 billion VND, the road surface is 40 m wide covered with carpets, each side has three mixed lanes. Most of the route runs through the field areas in Dong Du, Duong Xa and Gia Lam communes. 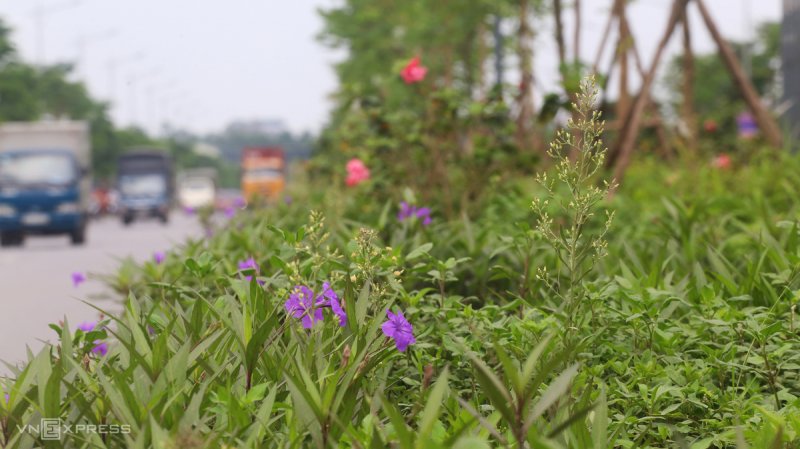 The median strip is 3 m wide and planted with 3 layers of green trees. This is the artery connecting the Long Bien district, the communes of Dong Du, Duong Xa and Hung Yen province, Highway 5 … 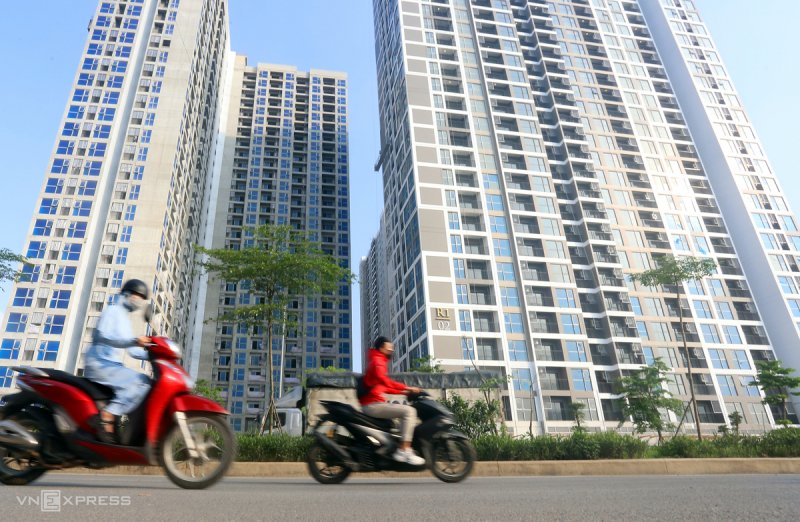 The route is more than 3 km long running through many new urban areas in Gia Lam district, including two under construction with dozens of buildings from 25 to 40 floors high. 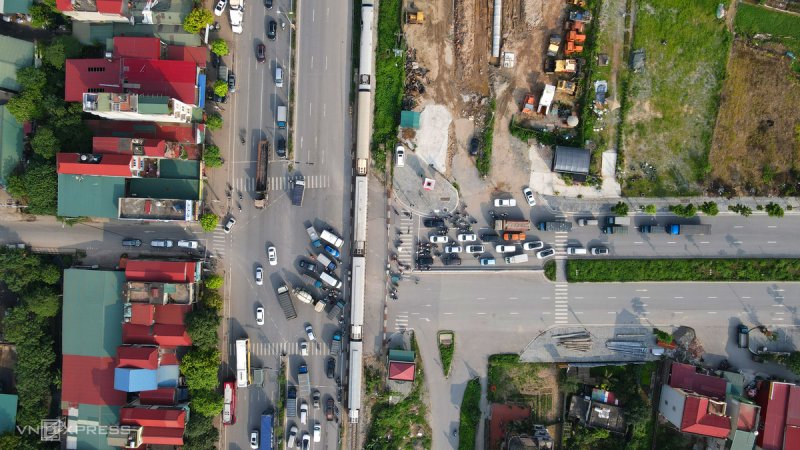 The end of the road intersects with Highway 5 and the North-South railway. In the future, this intersection will be expanded to a key intersection of Gia Lam district.

The inauguration and putting into operation of this route contributes to synchronously coupling the traffic system of Kieu Ky and Duong Xa communes with the central area of ​​Trau Quy town, Gia Lam, thereby reducing the load and reducing congestion. rules for highway 5. 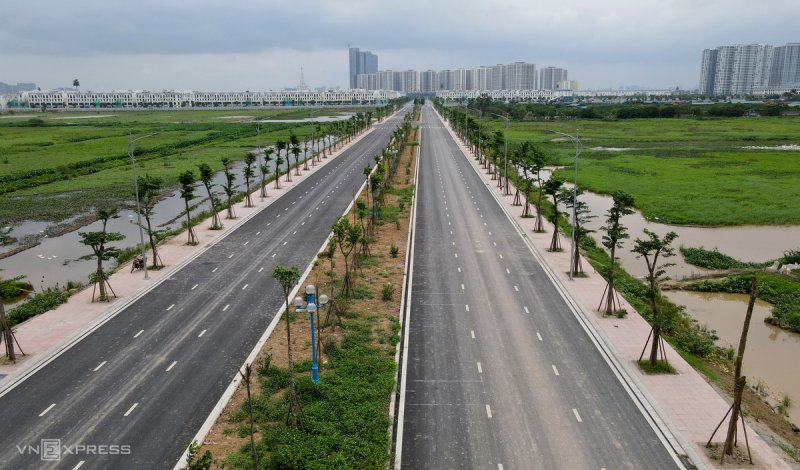 Another road is about 800 m long, each side is designed with 3 lanes, running parallel to Ly Thanh Tong street with 6 m wide sidewalk, 7 m wide separator connecting Gia Lam new urban center with station. Phu Thi, Highway 5 is also being completed over 90%.

The project has a total investment of nearly 100 billion VND with state capital. This is a closed route connecting new urban areas of Gia Lam district at present and in the future. However, up to now, no project has been implemented or built on the two sides of the road. 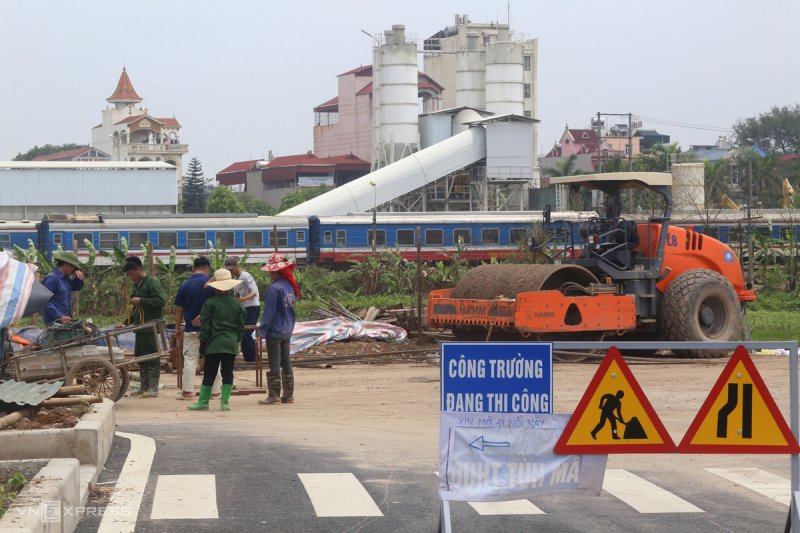 The end point of the project intersects with Phu Thuy station, next to Highway 5, where workers gather many drainage pipe machines. 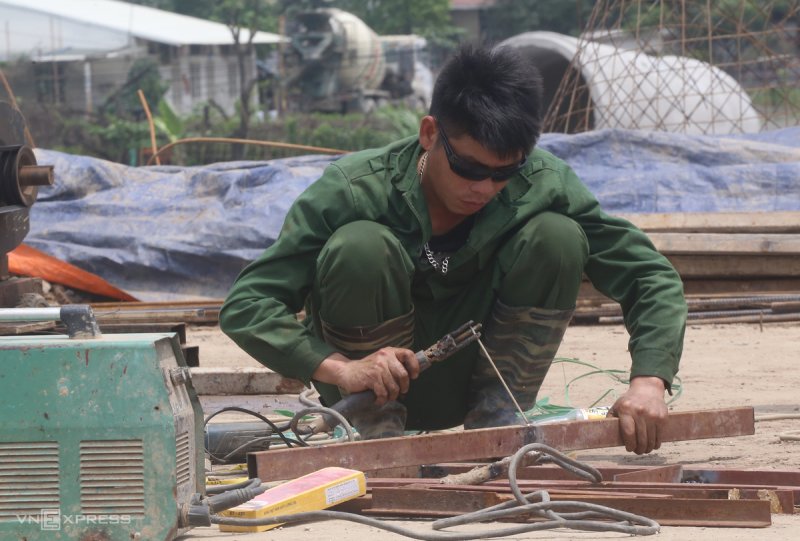 Mr. Lo Van Thuong, a worker at Gia Lam Construction and Trading Company, welded iron structures for the construction of intersections, at the end of the route. 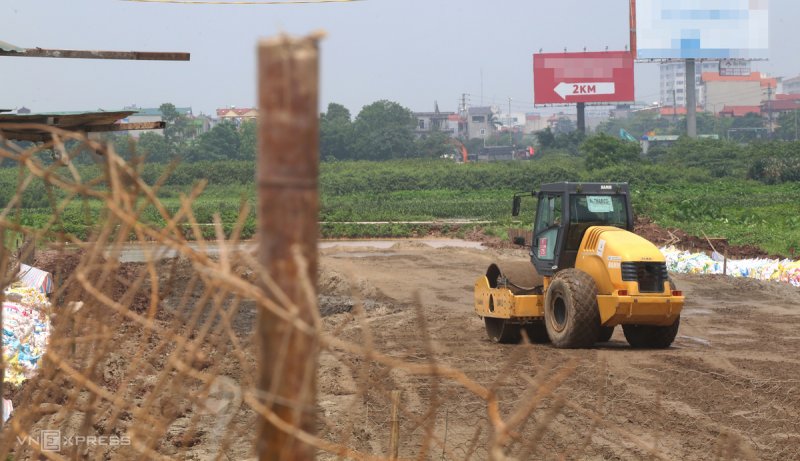 The roller treats the ground layer at the end of the project, the area used to be a low-lying pond, about 2 m deep, and underneath is mud. To handle the construction units scoop up mud and pour sand bags below and then pour several layers of sand, then new layers of rock, gravel and plastic carpet. 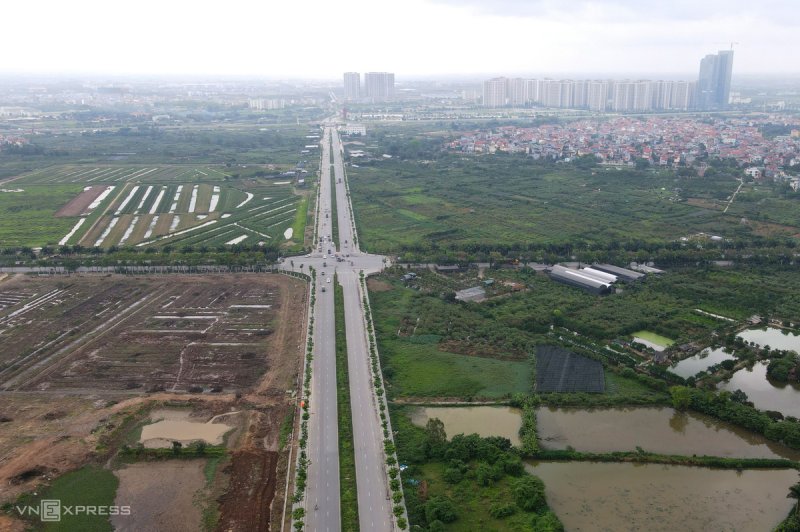 Completion of the two roads will help improve transport infrastructure in Gia Lam district, towards the establishment of the district by 2025.

According to leaders of Gia Lam district, in the past 5 years, the district has invested about VND 5,000 billion to build 16 frame infrastructure roads in the area, up to now, 8 lines have been completed. 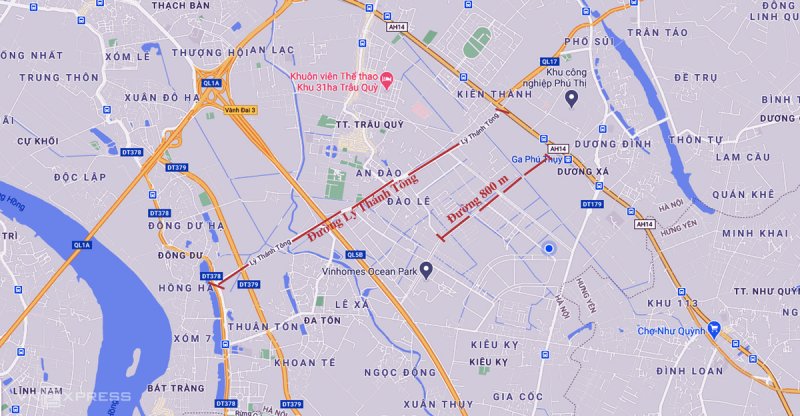