Vingroup Group will officially open the Phu Quốc United Center in the north of Pearl Island (Đảo Ngọc) on April 21. With a scale of more than 1,000 hectares and thousands of entertainment items in addition to a 24/7 resort and shopping ecosystem, Phu Quốc United Center will be the first sleepless super complex in Viet Nam, making Phu Quốc a new international destination in Asia.

With a total investment of more than VNĐ66 trillion (US$2.8 billion), the Phu Quốc United Centre is developed under the "all-in-one" model. It includes a system of hotel brands from Mini Hotel to 5-star brands such as Vinpearl, VinOasis, VinHoliday and Radisson Blue, with more than 10,000 rooms. It also has VinWonders Phu Quốc – the largest theme park in Viet Nam; Vinpearl Safari - one of the largest semi-wild animal conservation parks in Asia; the 18-hole Vinpearl Golf Course; Corona 5-star Casino, Grand World sleepless shopping and entertainment city and Vinmec Hospital.

With an ecosystem of thousands of facilities and entertainment items, Phu Quốc United Center not only satisfies the needs of enjoying - playing - resting - exploring for all visitors, but also provides unprecedented experiences in Viet Nam. 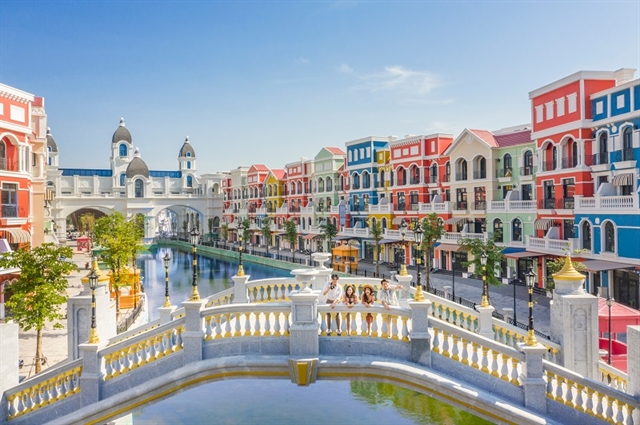 A corner of the future sleepless city. Courtesy Photos of Vingroup

Of which, Grand World - “the Sleepless City” is an unrivalled experience only available at Phu Quốc United Center. With an area of 85 hectares and a central location, Grand World has splendid and magnificent architecture, busy and trendy commercial streets, exciting festivals and parties in addition to bustling entertainment centres of Venice, Shanghai, Night Market, K street and Viet Nam. All are open non-stop 24 hours a day and 365 days a year for a bustling atmosphere and dynamic festival space like the famous sleepless cities of the world.

Only in Grand World Phu Quốc will visitors have the opportunity to enjoy the ultimate entertainment technology with the most magnificent multimedia scene show named "The Elite of Viet Nam", discover the largest Bamboo Legend in the country made from 32,000 bamboo top and visit the Teddy Bear museum - a destination that attracts millions of young tourists. Visitors can also travel on the magnificent Venice-modelled canal, see the ancient Venice Clock Tower and immerse themselves in the 19,500m2-wide Marine Square or admire the unique contemporary artworks at Urban Park.

Besides iconic check-in spots, Grand World is also a city of colourful parties and festivals, from local festivals such as Nghinh Ông Festival, Nguyễn Trung Trực Festival, Boat Racing Festival to vibrant carnivals from Thailand, India, the US, Germany and Mexico.

This is also the only place in Viet Nam where visitors can spend all night at the first 5-star casino open to Vietnamese people. With 1,000 slot machines and 100 game tables and integrated with a 600-seat theatre - Corona Casino is comparable to famous casinos in the world.

The "Sleepless City" is connected to the “boredom-free land” VinWonders Phu Quốc which was opened in April 2020. The largest theme park in Southeast Asia covering 55 hectares with more than 100 exciting games and stunning shows takes several days to fully explore.

Another important component of Phu Quốc United Center is Vinpearl Safari Phu Quốc, the largest semi-wild animal conservation park in Southeast Asia. As the home for more than 4,000 animals from nearly 200 species in all geo-biological regions of the world and the unique "free animals, captive people" model, Vinpearl Safari Phu Quốc has become a "must-visit destination" on Phu Quốc's tourist map since opening in 2015 with animal welfare conditions rated as the best in the region and approach to world standards by the South East Asian Zoos Association (SEAZA). 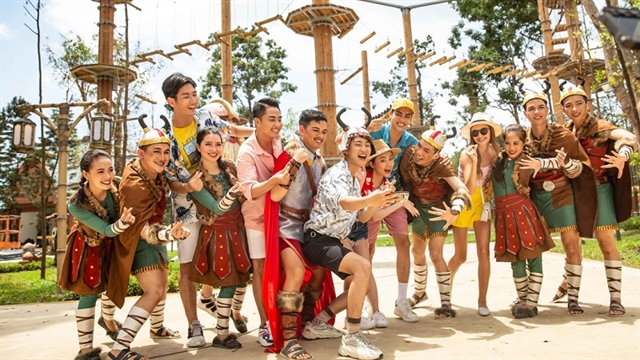 The complex will offer much fun through day and night.

Meeting diverse accommodation needs for a new “international destination”, Phu Quoc United Center has a system of hotel brands from Mini Hotel to 5-star hotel brands such as Vinpearl, VinOasis, VinHoliday and Radisson Blue, with more than 10,000 rooms. In addition, the super complex also has a 5-star Meeting Incentive Conference Event (MICE) system - Vinpearl Convention Center; the 18-hole Vinpearl Golf course; Vinmec International Hospital and the Vinschool Inter-level School in the near future.

With a diverse ecosystem to meet high-quality life in addition to a large-scale and world-class entertainment industry, when put into operation, “Phu Quốc United Center” will not be merely an entertainment complex but a top resort - business - investment luxury product in Viet Nam. Particularly, the "Sleepless City" model in Phu Quốc United Center not only lays the foundation for the night-time economic development of Viet Nam but also marks a step forward, turning Viet Nam into a new international destination on the world tourist map. VNS

Today, 15:48
The poetic and majestic places in the Northwest are attracting tourists this May.

Today, 15:27
Ms. Le Hoang Diep Thao opened her coronary heart after the breakdown of her marriage, regardless of her ex-husband’s exaggeration, she endured in pursuing the 2 greatest considerations.