From March every year, Da Lat wears a new, tender purple shirt. Dalat’s purple phoenix season is both dreamy and peaceful will make your heart fall in love with this dreamy foggy city.

Dalat is the name of a city in the midst of peace and love that many young people often dream of going to once. Traveling to Da Lat every season is beautiful and poetic, but perhaps ecstasy is still the season with the purple color of phoenix flowers. Discovering the purple phoenix season in Dalat will leave you a little dreamy, unforgettable little passion.

When is the purple phoenix season in Dalat?

At the end of March and early April, all the streets of this city will be filled with the purple color of purple phoenix. This species of phoenix is ​​also known as the purple phoenix, belonging to the family of Chili Cluster, including the species of Chili, Nuchang, Dao Tien … 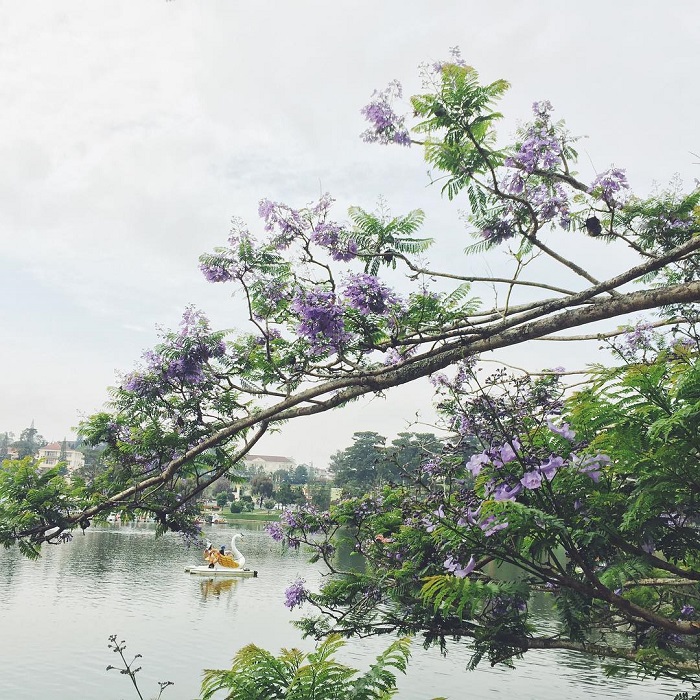 A corner of Dalat purple phoenix beside Xuan Huong Lake

It is known that, about 55 years ago, an engineer specializing in flower research, Luong Van Sau personally brought the seeds of a typical purple flower originating from this Americas to Da Lat to plant. . At that time, he was also a member of the French Rose Association. 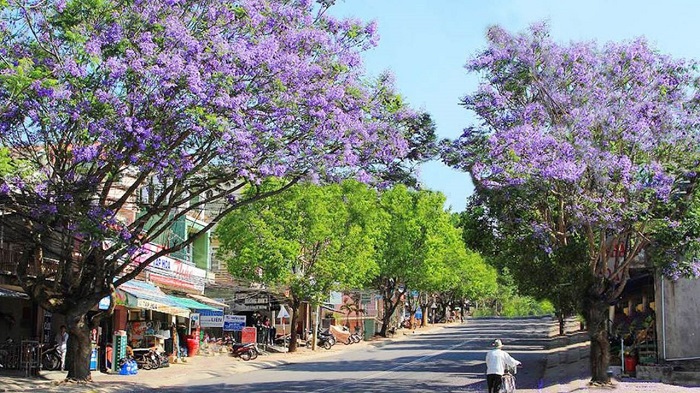 The engineer brought the seeds of this flower to many streets in Da Lat. Although many years have passed, but people here still clearly remember the first 4 purple phoenix trees present in Da Lat. One tree was right next to Xuan Huong lake , one was on Nguyen Thi Minh Khai street, the other two were planted in Dalat Flower Park, but one died not long after that. 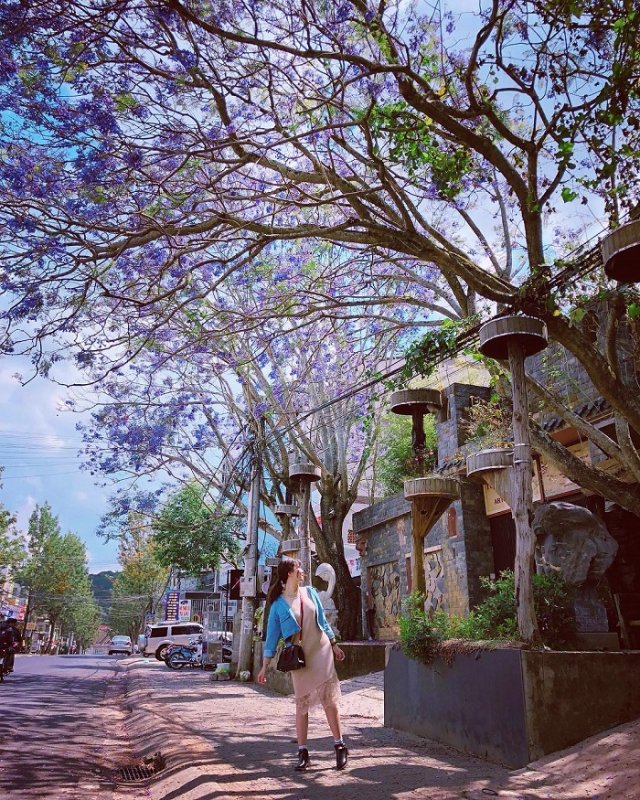 Under the phoenix flower blooming season

The phoenix flower in Da Lat  can be up to 10m tall, with the canopy diameter of 3-7m. Each branch is 40-50 cm long, the foliage is sparse. Flowers are tubular, 4-5 cm long, fluffy, growing in clusters. The time from flower buds to bloom until the end lasts 3-5 days, the flowers often take turns blooming regularly within 4-5 months.

A ến Dalat from March, you will feel all beauty altogether overwhelmed dreams to heaven. For those who have a dreamlike spirit going around the streets of Da Lat, they will find the lightness and gentleness of the purple color, the color of flowers, the poetic beauty, but peace can not be found anywhere else. 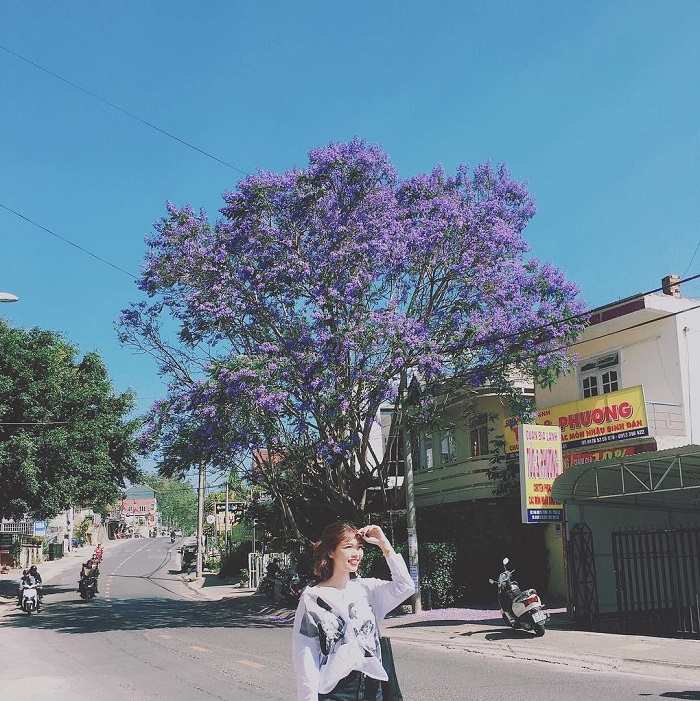 T groin 4 sunny mild, not too harsh, a few drops of sun through the tree-worship is even made more anxious soul gently with a purple rim airspace between poetic.

The roads filled with dreamy purple

P direction of the search in Dalat not just a single individual trees, not only by number but also count the flooded stretch of road purple. A road in Dalat in the purple phoenix season

Not only that, the roads along the way to Dalat market, into the Valley of Love or Truc Lam Zen Monastery are all purple and make you ecstatic. Fainted with the peacefulness of the purple phoenix street

At the beginning of April, walking along this road is like being embraced by phoenix colors.

The purple phoenix flowers in Da Lat around Xuan Huong Lake are filled with purple colors, giving visitors a sense of calm and gentle when exploring. The phoenix trees around Xuan Huong Lake stood silently watching themselves into the water, bringing a feeling of peace, lightness but sadness to the hearts of people. The most beautiful is that when the sunset is tilted, your heart will be dumbfounded. C rare thresholds season purple phoenix Dalat makes your heart lighter, feel all the peace, the dreams of the city millennia submersible sank below the fog. Coming to Da Lat city, the tourist season, coming to the summer month, phoenix blooming in purple to feel all the beauty of this place!