The Cham tower system of Binh Dinh province was formed in the XI-XIII centuries. Currently, there are 14 remaining Cham towers, clustered into 8 clusters at different locations. 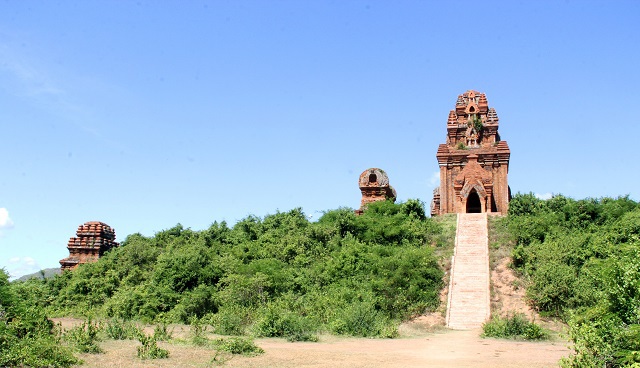 Located right in the heart of Quy Nhon coastal city, the ruins of the Twin Tower (Dong Da ward) is a unique Cham architectural work. The work was built in the late twelfth century, including the higher north tower (about 20 m) and the adjacent south tower (about 18 m high) with similar architecture. 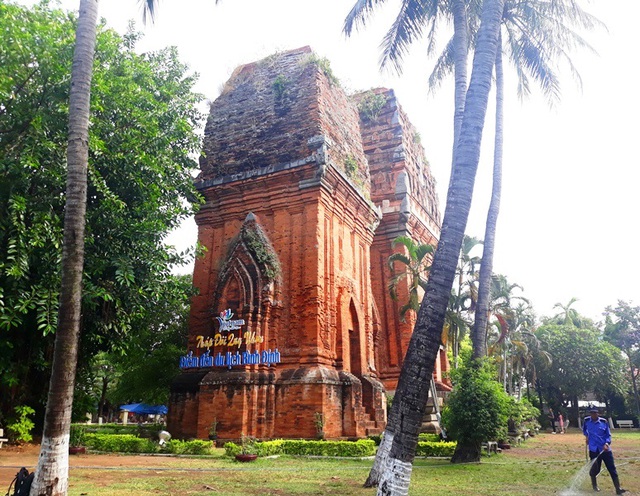 Unlike traditional Cham towers with a multi-storey structure, the Twin Tower has only two main parts, the square body block and the top of the tower with decorative sculptures, influenced by Khmer temple architecture.

Inside the tower worshiping Linga – Yoni statues made of sandstone, also restored from the original based on drawings by a French researcher. In 1980, this Twin Towers was ranked as a national monument.

About 20 km from the center of Quy Nhon city to the North, Banh It tower relic (Dai Loc village, Phuoc Hiep commune, Tuy Phuoc district) is the ancient Cham tower cluster that still has the most works in Binh Dinh, including 4 buildings. big and small tower. People call it Banh It tower, because from a distance, the towers are like a cake with few leaves of thorns, this famous local specialty. Banh It Tower consists of 4 groups of towers, big and small.

Currently, Banh It tower is an attractive tourist attraction to Binh Dinh, especially many international visitors are fascinated and drunk when hearing about the origin and history of this Cham tower. 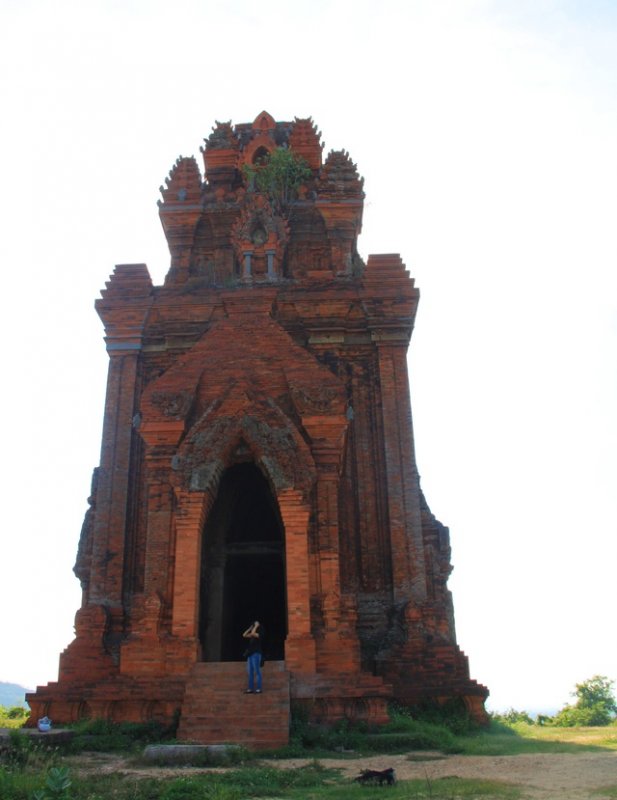 The largest main tower (Kalan) in the Banh It tower cluster with an altitude of about 29.6 m, located on the top of the hill. 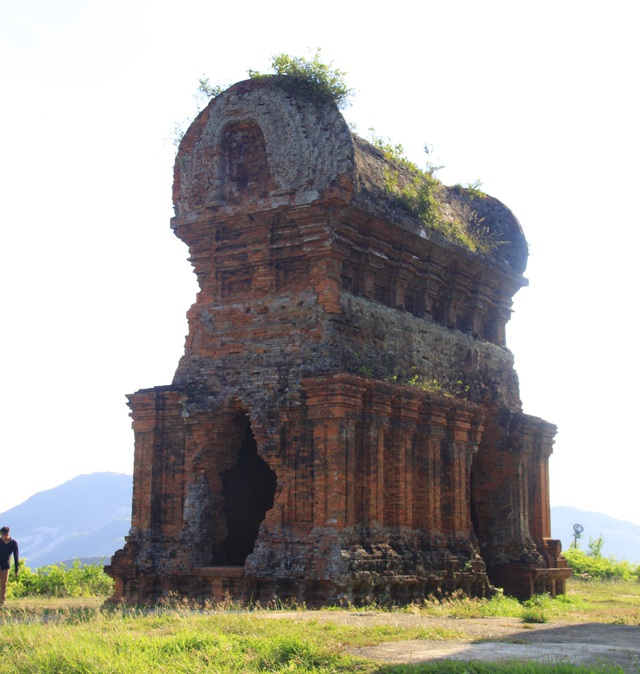 Next to the tower is the Fire tower (Kosagrha) with a rectangular structure, 10 m high. This work is also known as Yen Ngua tower, because the roof structure is curved and concave in the middle part like a saddle. 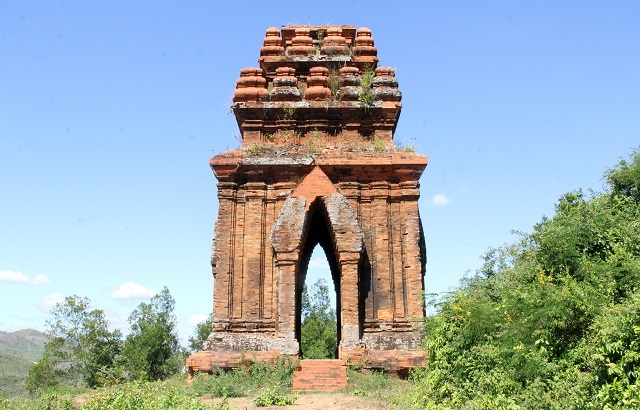 Bia Tower (Posah), located southeast of the main tower. The four doors of the tower are open to each other, different from most of the local Cham temples. The roof of the tower is carved with oval shapes, so it is also known as the Gourd Tower Tower. 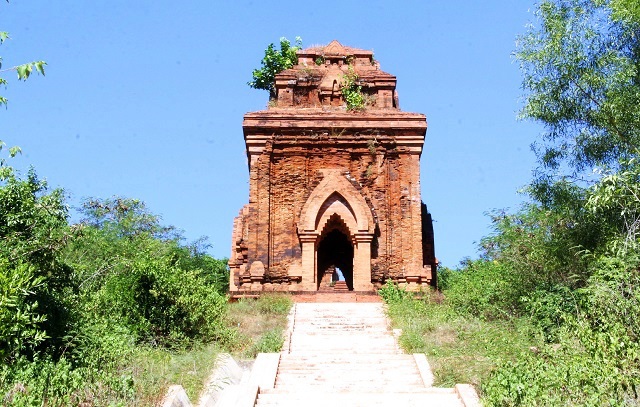 Duong Long Tower (Tay Binh and Binh Hoa communes, Tay Son district), about 40km from Quy Nhon city center. This is considered the highest brick tower cluster in Vietnam, with a height of 39 m in the middle tower, the other two towers are about 32 m high. 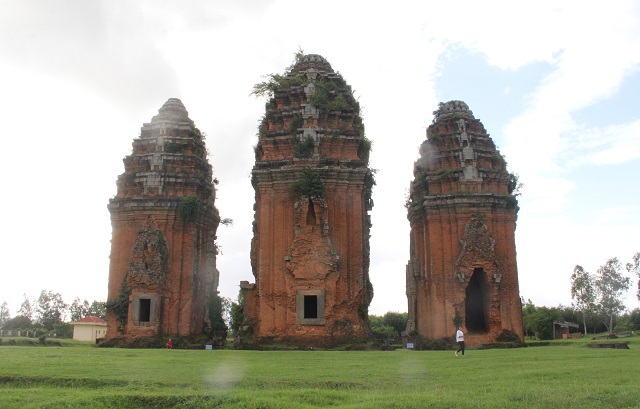 Unlike most Cham towers in Vietnam that are built of bricks, Duong Long tower has a combination of many stone details, bringing a different beauty.

Duong Long Tower is located on a wide, flat terrain, so it is often chosen by dojo as a place to practice and perform, so that students can feel the aura of their homeland, which is known as the “cradle” of many traditional martial arts in Vietnam. 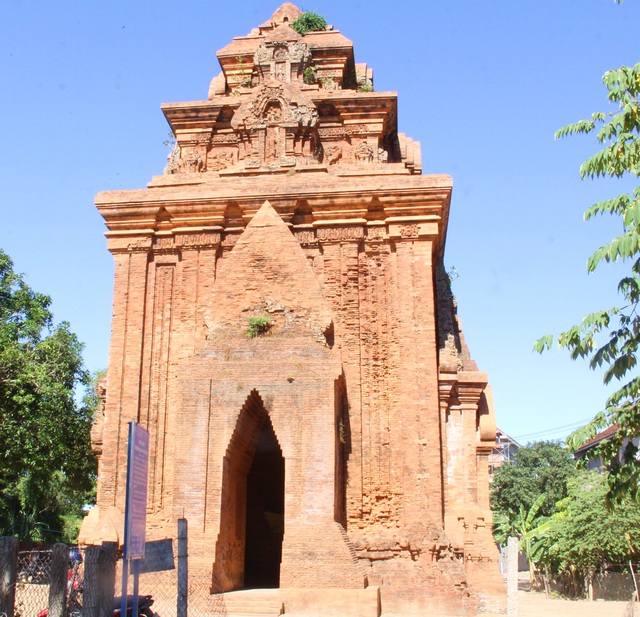 Tower of Binh Lam Thap at Hamlet Binh Lam, Phuoc Hoa Commune, Tuy Phuoc District, 22km from Quy Nhon City. This is a relatively special tower in Binh Dinh, because unlike other towers located on the hill, Binh Lam tower is located on the plain and seems to be immersed in the surrounding nature and residential area.

According to the management board of Cham temples and monuments in Binh Dinh, the towers currently only serve historical research and sightseeing and are no longer the place where Cham people use traditional ceremonies and events. culture, due to the local Cham community is very few. Follow Dan trí