Thai Binh has the typical festivals of a coastal province in the Red River Delta, reflecting the long-standing culture and history with the number of nearly 100 festivals per year. Here are some representative festivals.

Keo Pagoda is located in Duy Nhat commune, Vu Thu district, Thai Binh province. A pagoda opens twice a year: The Spring Festival takes place on the 4th day of the Lunar New Year and the main festival in autumn is from the 13th to the 15th of the 9 th lunar month. The festival is an opportunity to honor Zen Master Khong Lo who is very good at Buddhism and knows magic. In the framework of the festival, in addition to the traditional ceremony, there are also many folk games such as swimming competition, dry cheo dance … and folk art performances that reflect the lifestyle of the riverside residential area, with cultural colors. agriculture of the Northern Delta. 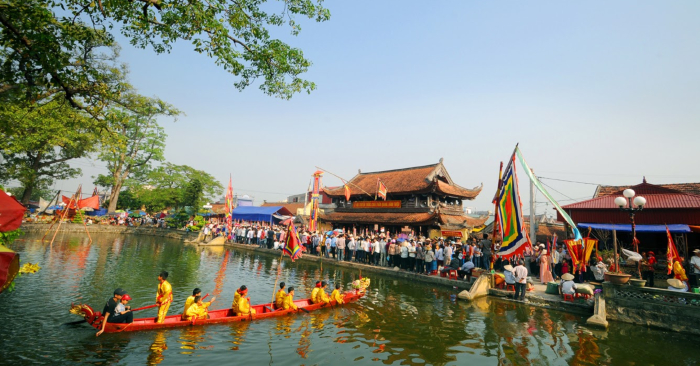 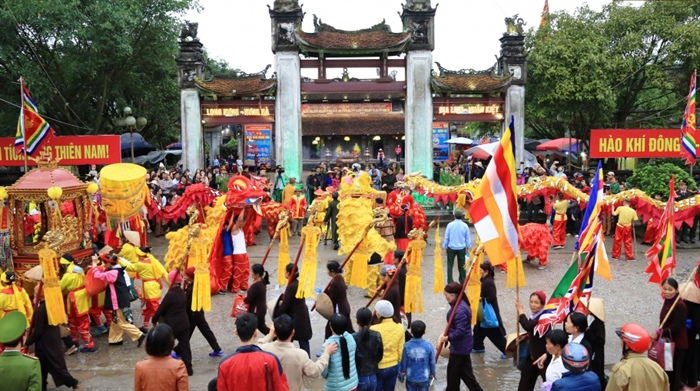 In addition, since 2000 in Nam Dinh City, there has also held the Opening Ceremony of Tran Temple (taking place at dawn on January 15). This is a retrospective of the old custom. After the Tet holidays, starting from the full moon in January, the court returned to work normally. 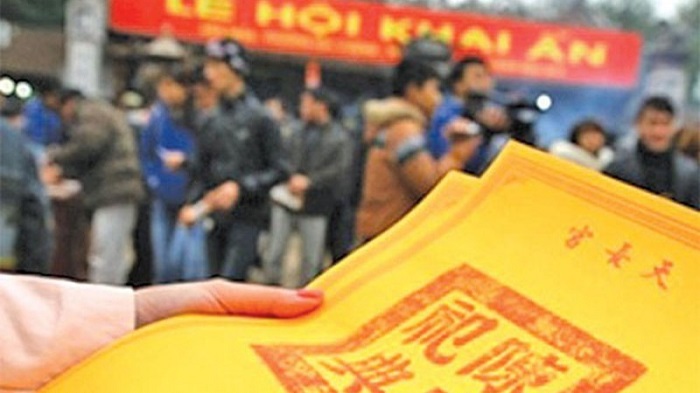 One of the traditional Thai Binh festivals takes place on April 1-3 of the lunar year every year, at Dong Xam Temple, Hong Thai Commune, Kien Xuong District, Thai Binh Province. The purpose of the festival is to honor the silver carving team Nguyen Kim Lau and worship Trieu Da (Trieu Vu De) and Mrs. Trinh Thi Hoang (wife of King Trieu Vu De). The festival includes a race ceremony, the procession of saints, boat racing, ca tru, and cheo singing. In particular, the most exciting is the boat competition of the youth on the Vong River. 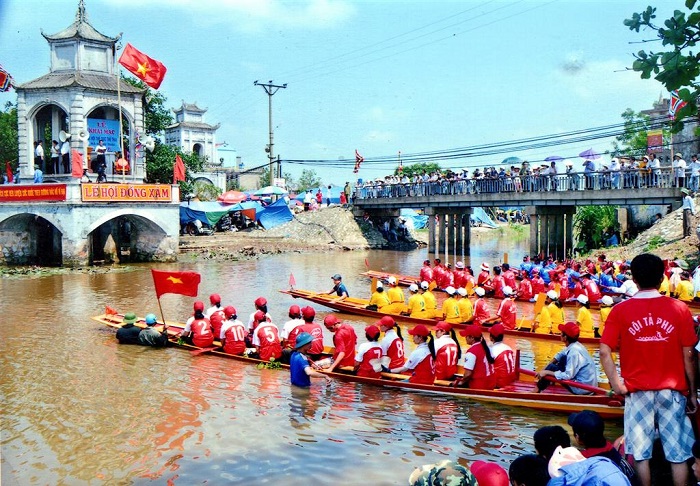 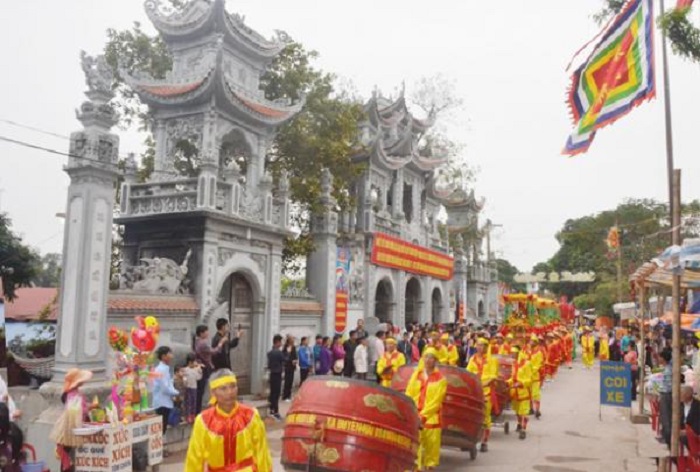 The Diem River Swimming Festival is one of the unique traditional Thai Binh festivals held annually on January 12 of the lunar calendar, in Diem Dien Town (Thai Thuy). This is considered the main spring activity in the locality and has the meaning of the opening ceremony at the beginning of the year. After the sacrifice, the swimming teams go down to the wharf where there are 5 comb boats representing the residential areas and large enterprises in the town. When the third firecracker sounded just now, the boats swam like arrows on the Diem Ho River, the resounding drums of the villagers cheered. After 3 rounds of competition, the first-place team received a sea bass and a prize. Participants were invited to have a meal to worship Thanh Hoang at the beginning of the year at Thuan Nghia temple. 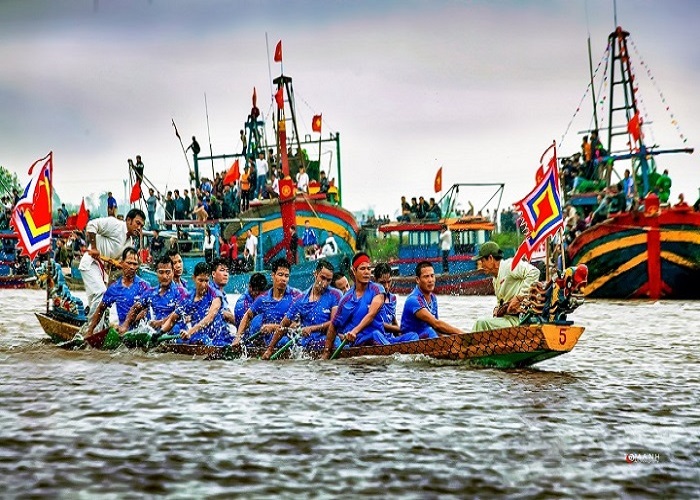 The festival is held on April 14th of the lunar calendar every year at the Temple of the Muoi Princess in Quang Lang village, Thuy Van commune, Thai Thuy district. In the framework of the festival, there is a dance performance of Mr. Dung and Mrs. Da with bold folklore – to wish for fertility and prosperity. The mannequins of Mr. Dung and Mrs. Da are also made of thin bamboo, woven in the style of lattice. Early in the morning of April 14 of the lunar calendar, the villages in the village brought the mannequins of Mr. Dung and Mrs. Da to the Temple of Lady Muoi respectfully conduct the rituals. After that, the villagers each tried to get the nanoparticles on their bodies and put them in the fields, gardens, and boats for good luck.

The Het temple festival is held in Bich Du village in Thai Thuong commune, Thai Thuy district to honor General Pham Ngu Lao. The festival is held twice a year, usually on January 8 of the lunar calendar and March 6 to 9 of the lunar calendar – who made great contributions to the resistance war against the Nguyen Mong invaders. The Het Temple Festival is one of the major festivals in early spring with traditional coastal local culture, attracting a lot of tourists to offer incense and participate in folk games.

Above are 7 traditional Thai Binh festivals that if you have the opportunity to visit the rice hometown, visitors should join once to understand more about the culture, customs and human life here.