The temple in Nghe An is the most famous one that you should not give up when you have the opportunity to visit this masterful land. Let Nghe An Data explore the top 7 sacred and beautiful temples in Nghe An below.

Top 10 Pagodas In Nghe An Famous

Dai Tue Pagoda is one of the most beautiful temples in Nghe An located on Dai Hue mountain at an altitude of 450 meters above sea level with a charming landscape in Nam Anh commune, Nam Dan district. 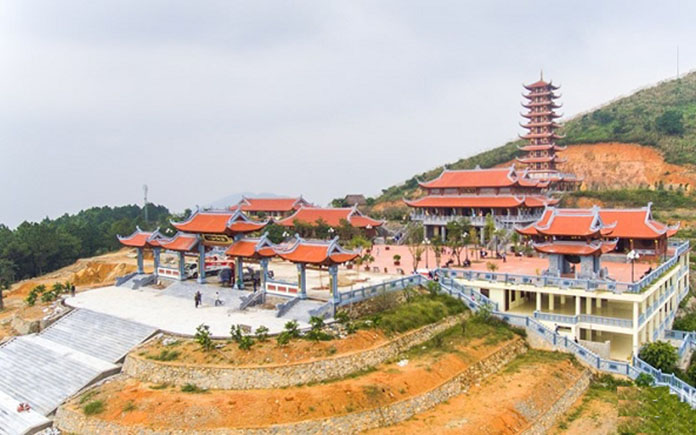 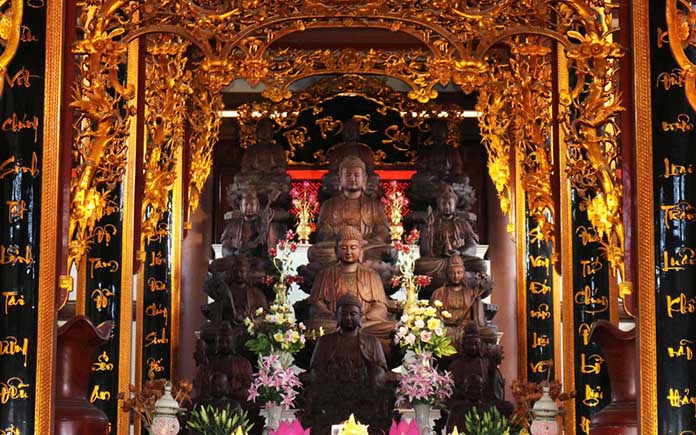 This is one of the temples in Nghe An that contributes to the peaceful beauty of a countryside, directing people to the noble human values ​​of Buddhism.

This place is associated with many activities such as propagating traditional martial arts of Phat Quang, teaching the Dharma and the great festivals of National Thai People’s Security, Buddha’s Birthday celebration, … attracting tens of thousands of participants. 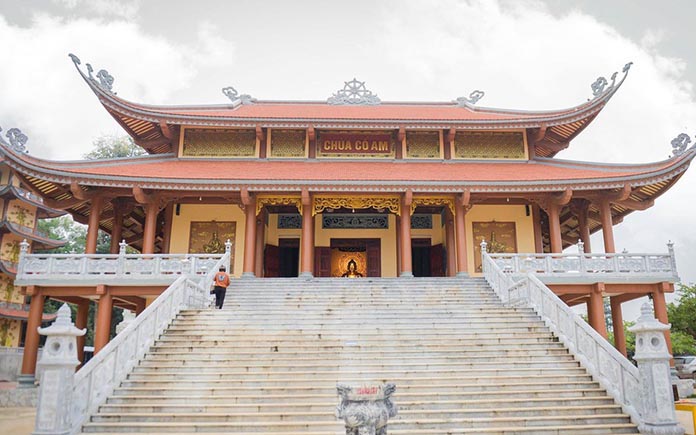 Co Am Pagoda is one of the most beautiful temples in Nghe An with charming natural scenery, majestic arhat, Dai Hung Bao Dien, the statue of Quan Yin on the mountain has 3 faces facing 3 directions. conveys many human meanings. 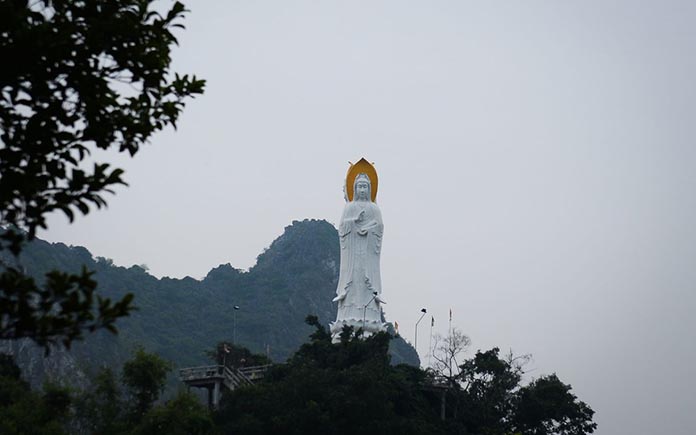 At first the pagoda was a small temple called Son Am Tu. After that, the people moved down to the village and changed the name to Huong Phuc Tu. However, during this time, there were many inexplicable spiritual risks in Dien Minh village, so in the reign of King Minh Mang, the pagoda was moved to its old location with the name Co Am Tu as today. 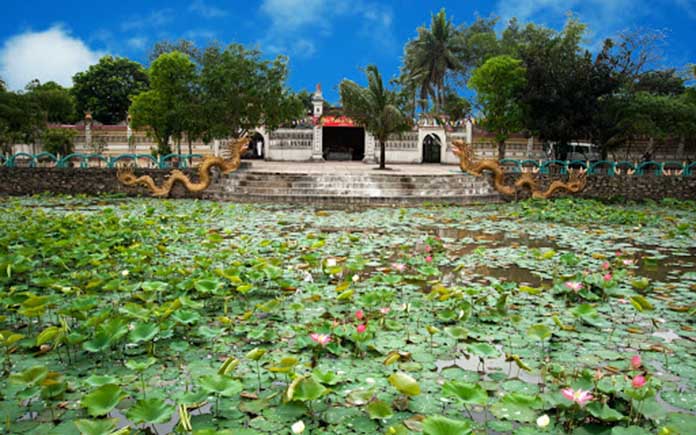 The pagoda has an area of ​​over 6000m2, including the overall architecture of the three landscapes, the temple, the upper house, the ancestral house, the left, the house, the tomb tower, the pagoda yard, the bonsai flower garden, the lotus pond outside creates the bar scene Seriously serene, the landscape is solemn and magnificent. 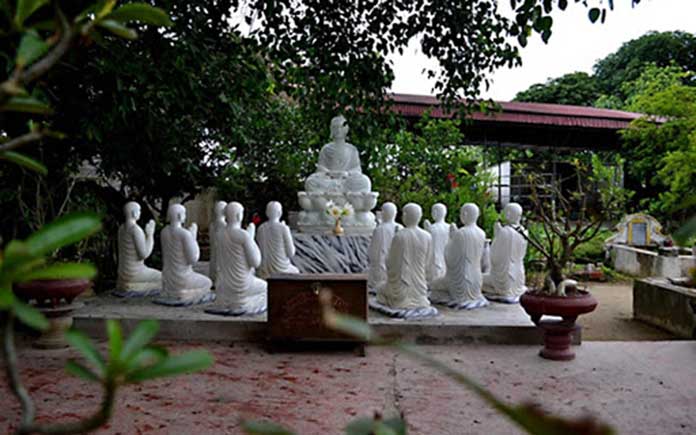 Currently, the pagoda is in the process of refurbishing, renovating and expanding in order to be able to welcome many tourists, Buddhists from four directions to offer incense to Buddha. 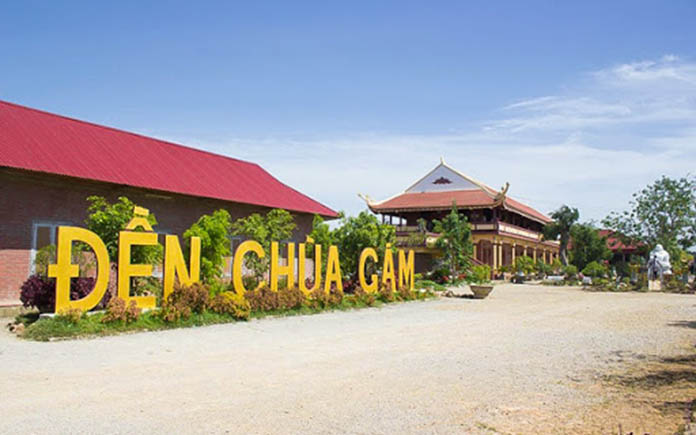 Located in the complex of Mount Gam – Dinh River, the pagoda is one of the works of high art. The pagoda was built in the Tran dynasty, belongs to the Truc Lam sect – a Zen lineage founded by Emperor Tran Nhan Tong; Now restored, expanding space with the overall majestic and superficial architecture. 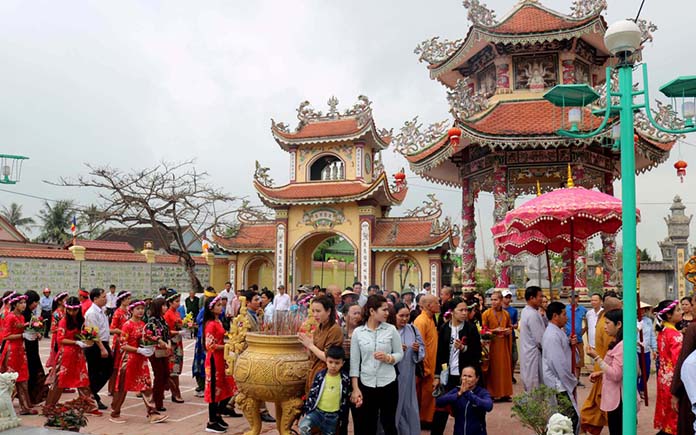 Regarding the name Gam pagoda, since the pagoda was located in the old Ke Gam village, the village name was given to the pagoda. There is also a theory that: In the past, this land was often drought and starved, so people had to go to the nearby forest to dig tubers from the lake, pick fruits from the forest.

In the mountain, there is a species of “Cluster” fruit tree, shaped like a ball containing many starches to eat instead of food. Years of crop failure, villagers and other places in the mountains pick Gua fruit to bring home to eat until they are poor. In gratitude to the village, thanks to the mountain, there are trees to save people from starvation, bordering on seeds.

The people in the area have named the mountain, the village name is Gam village, and Gam mountain. But the process of Sinization and transcription deviated into Gam. Another idea is that: In order to avoid the name of the holy tree, the name Gam changed to Gam, and the Gam pagoda also got its name from there. 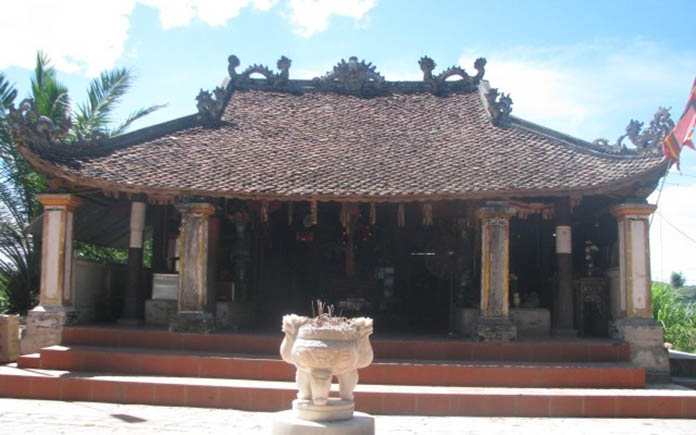 Ba But Pagoda in Nghe An

The pagoda was built by the people in 1007, on a large land, in front is the gentle and poetic Lam River. Behind, leaning back on the foot of Hoi mountain as a protective wall, shielding to help the pagoda overcome many changes of history to endure with time. Ancient architecture has existed for thousands of years, the temple has a unique and unique beauty.

The pagoda still preserves many valuable artifacts such as bronze bells, couplets, rhymes, cards, lost money and many Buddha statues, especially the ancient statue of Quan Am Buddha. 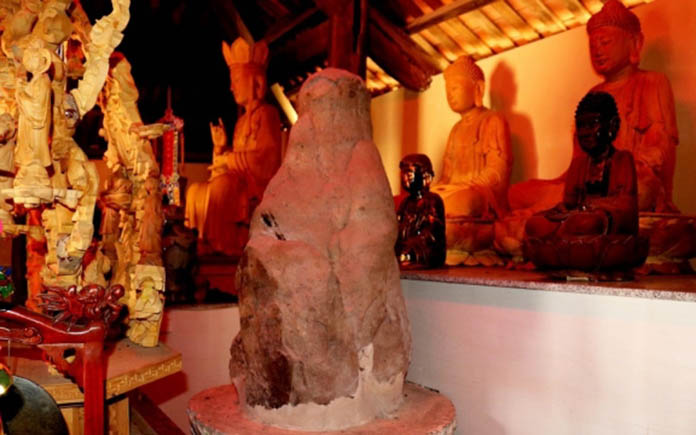 The highlight of the temple is that in the main hall, there is a stone 107cm high, shaped like a monk, known as a stone monk statue. The pagoda also preserves a number of statues, ancient stelae and ancient wells. Annual pagoda festival on July 15th lunar month.

This is one of the most beautiful ancient temples in Nghe An with a history of more than 500 years with a large campus, with towers. Chung Linh Pagoda is a place of worshiping the sacred Buddha, witnessing the heroic sacrifices of martyrs in the Nghe Tinh Soviet movement in 1930-1931.

Through many historical changes, the remaining vestiges of the temple are stone turtles with stele, and some ruins on the top of the mountain pagoda in Phong Thinh commune.

Duc Son Pagoda is one of the oldest temples in Nghe An built in the Tran dynasty on the ancient land of Van An in Van Dien commune, Nam Dan district, Nghe An. 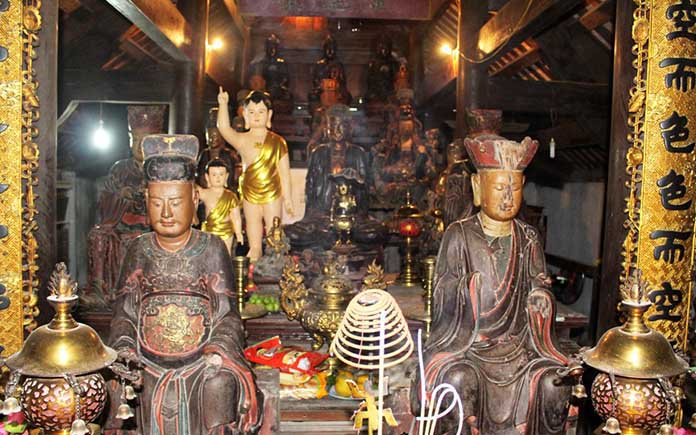 Over hundreds of years with many events, ups and downs, the ancient temples are still associated with the spiritual life of our people and left a bold imprint of Buddhist culture in Nghe An. 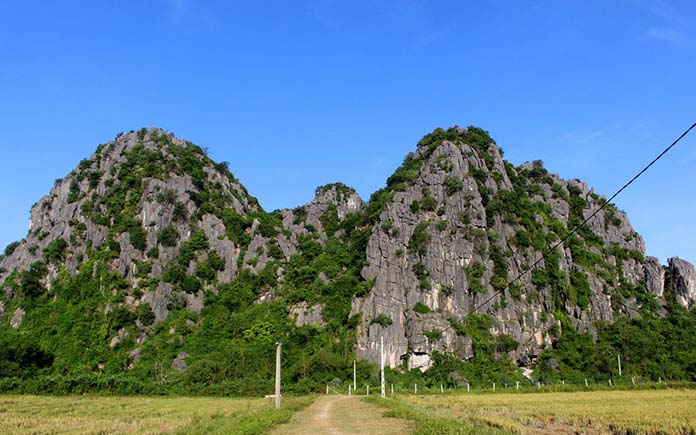 Thien Tao pagoda space is located in a large cave with many natural stone niches and niches. Legend has it that the pagoda dates back hundreds of years, along with Vu Ky is one of the famous sights in Yen Thanh. Above are the top 10 most famous and beautiful temples in Nghe An that we would like to introduce to you. Hopefully the article brings much useful information for people when looking for the points to travel the spiritual in Nghe An .