Dong Nai is not only known as a land with many attractive entertainment spots for young people but also has famous historical relics. One of them is the Tran Bien Temple of Literature, which preserves, preserves, and honors the cultural and educational values ​​of the land of Bien Hoa. So today, please join us to find out the unique beauty of this 300-year-old Literature Temple through the following article. Located in the campus with a total area of ​​up to 15 hectares, in Buu Long ward, Bien Hoa city, Dong Nai. Located about 33km from Ho Chi Minh City, visitors can reach here easily by many different means such as motorbikes, cars to buses. If you do not know the way to Tran Bien Temple, you can refer to the route below: 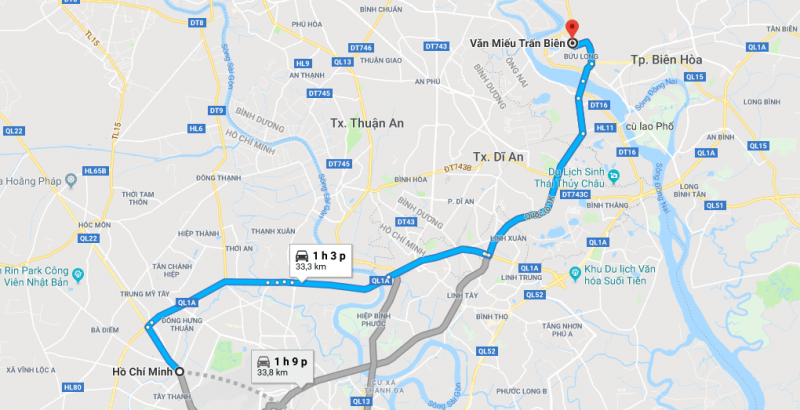 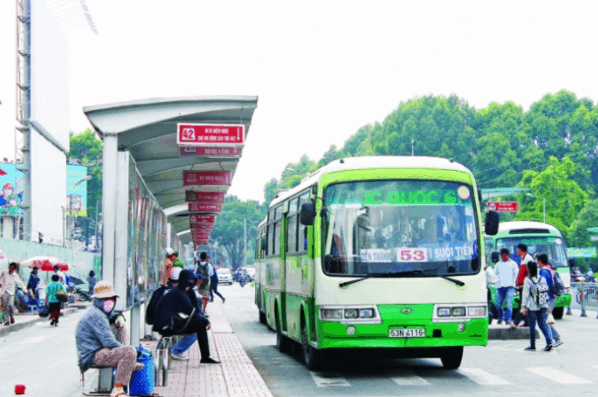 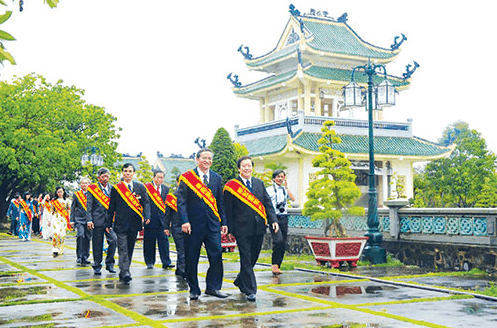 This is the first temple built in Dang Trong (1715), this temple was established to honor Confucius and other Vietnamese cultural celebrities. Tran Bien Temple was born as a “Temple of Literature Quoc Tu Giam” of the South. One of the symbols of the Vietnamese traditions of learning, temperament and culture.

In 1715 (Year of the Goat), Lord Nguyen Phuc Chu ordered Luc Pham Khanh Duc and Tran Nguyen Phan Long to build Tran Bien Temple in Tan Lai village, Phuoc Dinh district, Phuoc Chanh district. This place was built for Lord Nguyen Phuc Anh to celebrate twice a year in spring and autumn. But after 1802, when Lord Nguyen ascended the throne in Hue, the ceremony at the Temple of Literature was handed over to the governor of Gia Dinh citadel together with the governor of Bien Hoa and the governor. 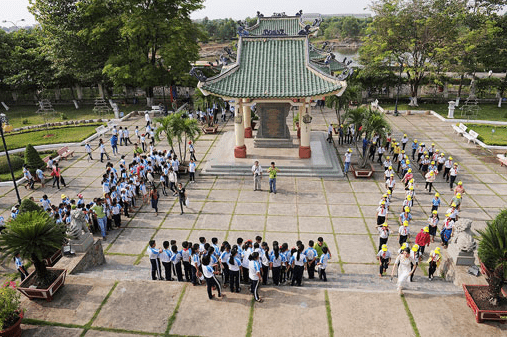 Tran Bien Temple has been restored twice and recorded by the celebrity Trinh Hoai Duc in the history book of Gia Dinh Thanh Thong Chi with a beautiful land position.

– The first restoration was in Giap Tiger year (1794). At that time, Lord Nguyen Phuc Anh ordered Nguyen Hong Do to take care of the restoration.

– The second restoration in the 5th year of Tu Duc (Nham Ty, 1852) was repaired on a much larger scale than before.

Until 1861, Tran Bien Temple of Literature was destroyed by the French colonialists when they invaded Bien Hoa. After more than 137 years since the French colonial destruction, this work was restored on the old culture. Located about 3 km from Bien Hoa city center and close to Buu Long Cultural and Tourism Center. Up to now, Tran Bien Temple has been expanding and becoming a familiar destination for people inside and outside the province to visit. 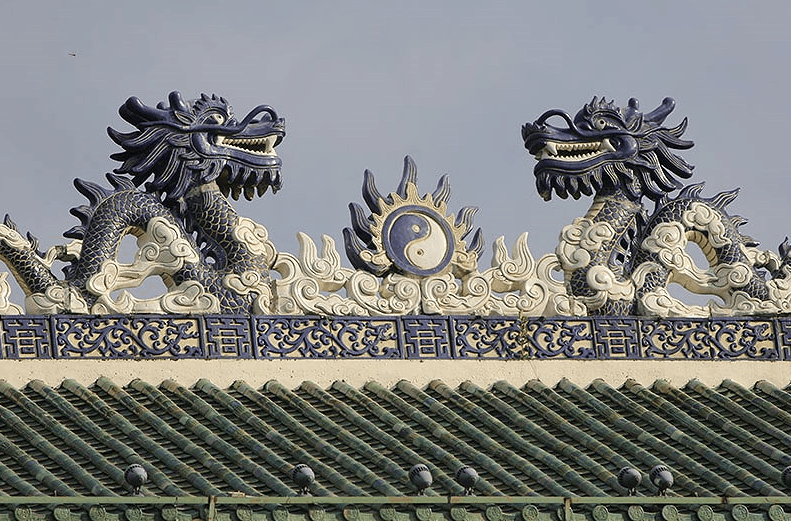 Built according to the architecture of Van Mieu – Quoc Tu Giam in the North. Including many different items such as the main church, ceremony courtyard, left vu Huu vu, … Temple of Literature was built with the purpose of expressing the tradition of respect for religion, respect for sage. 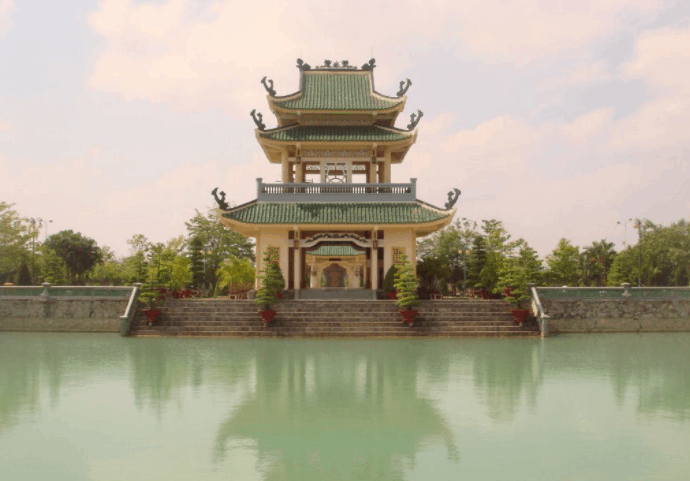 The most prominent feature in the architectural style of Tran Bien Temple is its curved dome, emerald green tile roofing (glazed ceramic), extremely eye-catching and attractive. After visiting the Temple of Literature, visitors will in turn admire other works such as the traditional stele Tran Bien – Dong Nai, Tinh Quang lake, the three-door gate, Khue Van Cac, the second stele house worshiping Confucius. and finally the large main church. 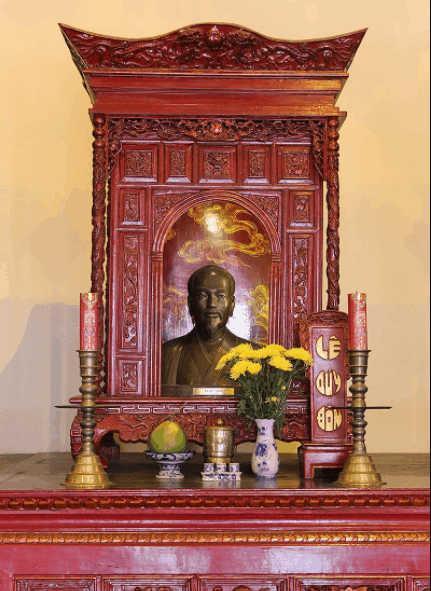 The main church area was built in the style of an ancient house with three rooms and two wings, the floor is tiled with the ship’s brick, painted with gold paint, on the columns of the house hanging on two sides. In front of the main church you will see with your own eyes a large stele with the big words: “Hien is the gas of the nation”. 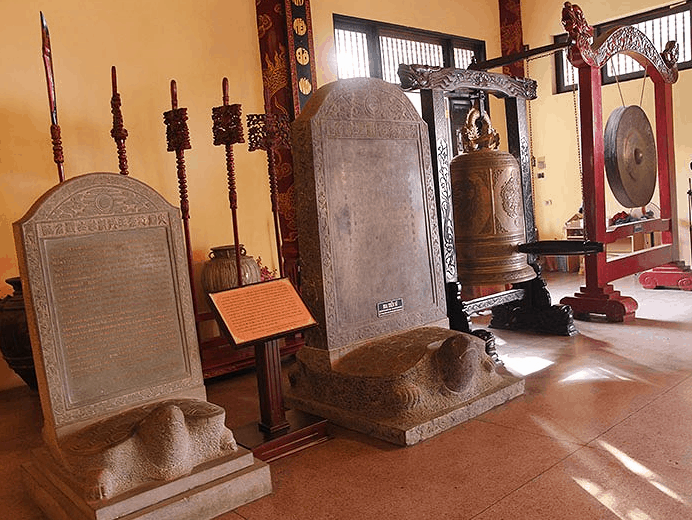 In addition, there are also traditional living areas including traditional houses, traditional beer and neighboring works to serve visitors to visit here.

A place to keep cultural values ​​in Dong Nai 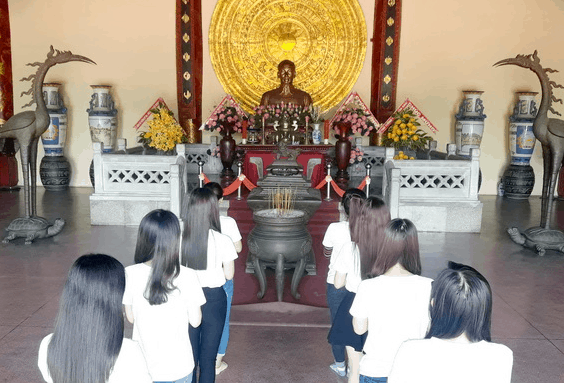 Tran Bien Temple was built as a place to preserve, preserve and honor the cultural and educational values ​​of the land of Bien Hoa – Dong Nai. Through many activities and events held every year, Van Mieu Tran Bien increasingly shows its role as the cultural and educational center of Dong Nai province in particular and the southern region in general. 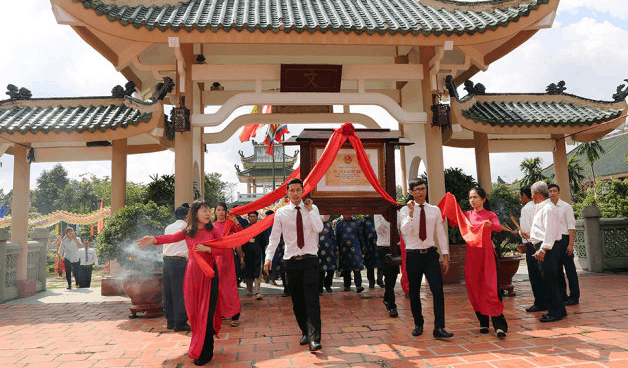 In addition to cultural and historical values, the Temple of Literature is also a unique architectural style of art, both ancient and elegant. Because of this, it has attracted hundreds of thousands of tourists from inside and outside the province to visit. In particular, the Party and State leaders, ministries, branches, diplomatic delegations and international delegations also visited this place. 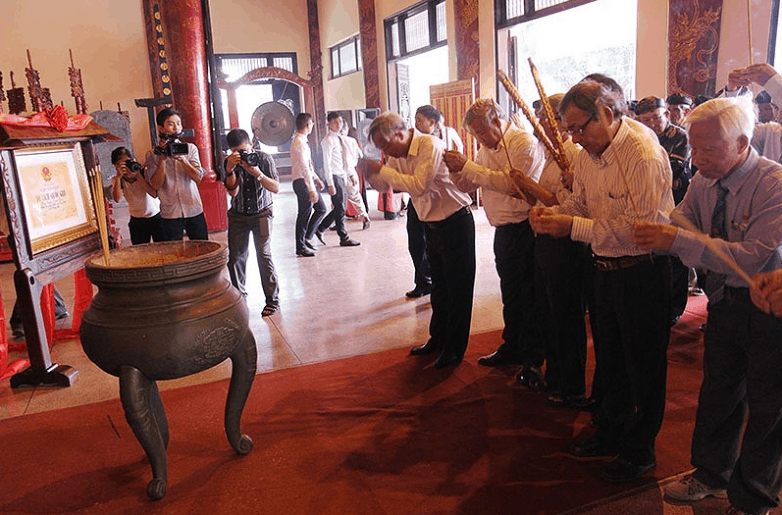