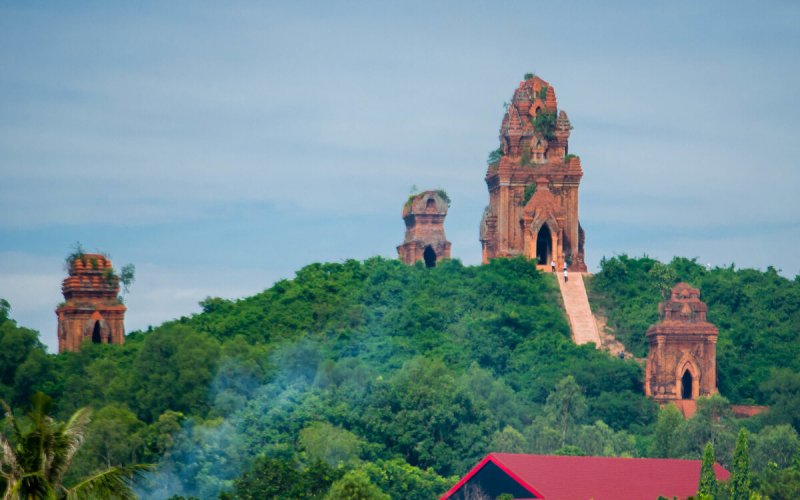 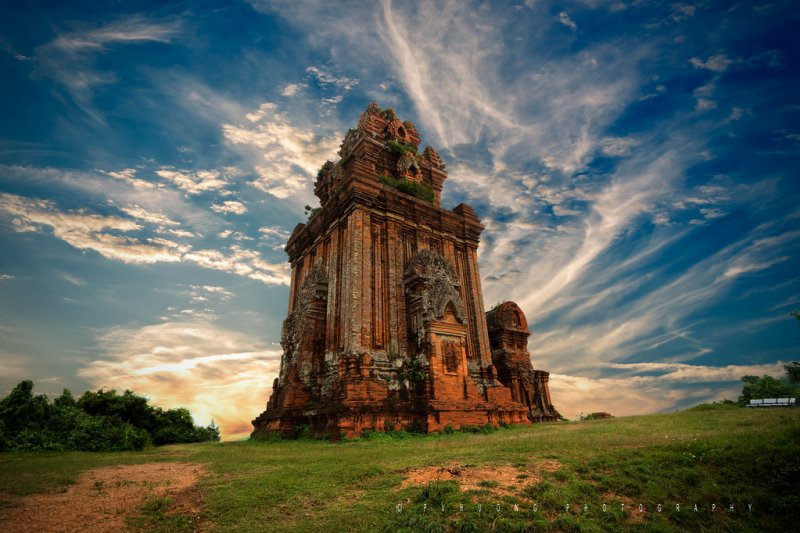 The main tower is about 20m high, but the entrance gate protrudes from the outside by 2 m, and is quite elaborate. Although located in the same population, each tower was built with different sizes and styles. Next to the tower is a small saddle-shaped tower about 20 meters high. The smallest tower in the population is located about 30m from the main tower, built on a lower site and only about 10 m high. The tower is decorated quite simply, the arch is shaped like a javelin heading straight up to the sky. Photo: Linda De Volder. 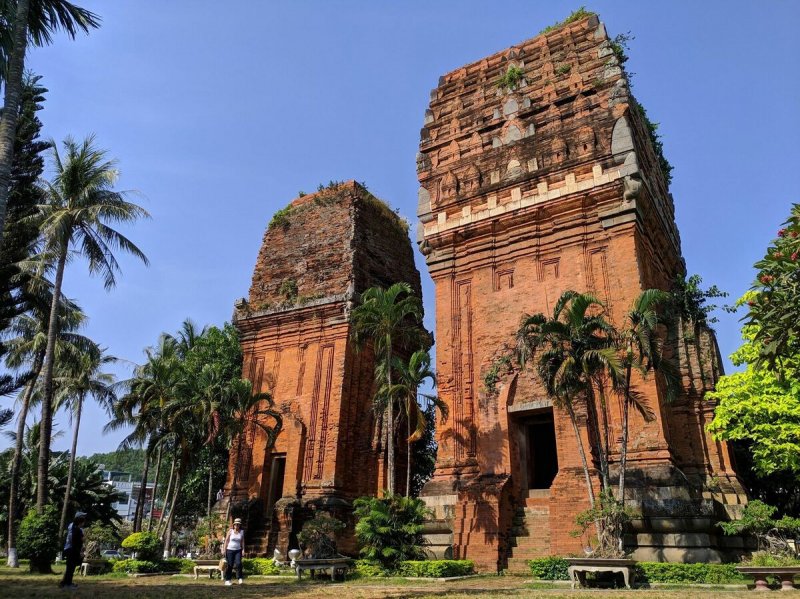 The Twin Towers, also known as Hung Thanh Tower, is located at the corner of Tran Hung Dao Street, Quy Nhon City. The project is one of the eight remaining Cham Tower clusters on present day Binh Dinh. The complex consists of two towers, a large tower about 20 meters high, a small tower 18 meters high located adjacent to each other. 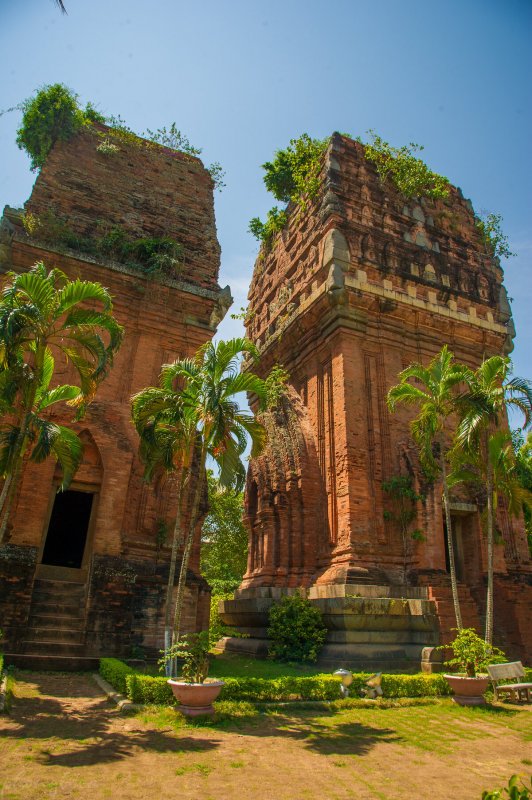 Both towers are structured into three main parts: The foot of the tower is a solidly stacked stone or brick; The tower body is square block and the top of the tower is a curved surface made of tightly packed baked brick.

The architectural style of the Twin Towers mixed with the look of the Khmer temples of Angkor Vat period, reflected through the stone Garuda bird with two hands raised, and decorated the tower corners. 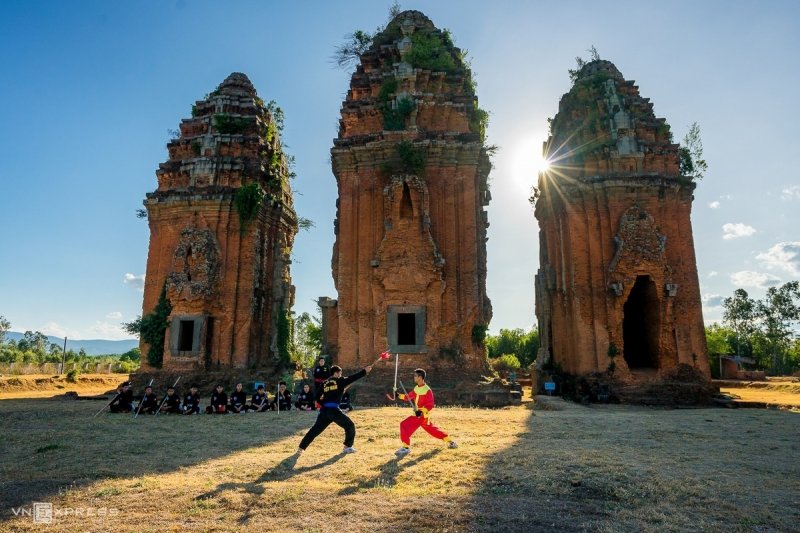 Duong Long is a complex of three towers located close to each other, aligned in the North-South axis, the main doors facing the East. The middle tower is 42 meters high, the two side towers are 38 meters high. Photo: Nguyen Phuoc Hoai 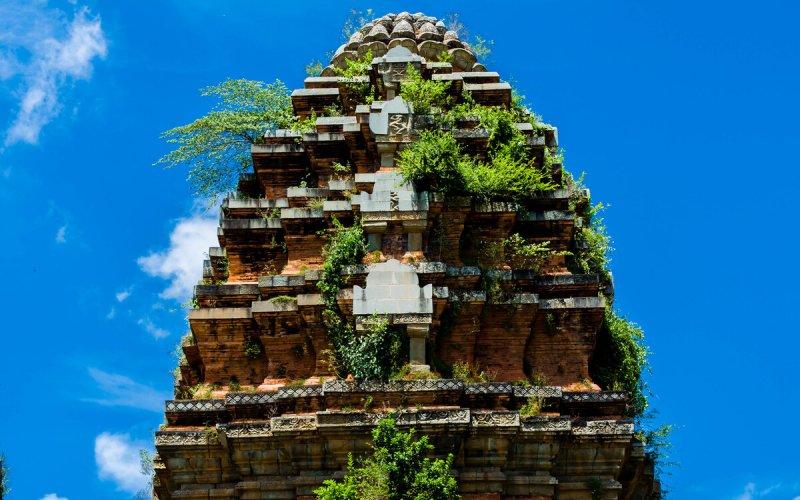 Duong Long Tower was built in the late 12th century, belongs to Tay Son district, 50 km from Quy Nhon. The tower cluster here has the same design feature divided into three distinct parts: base, body and roof. The base is built quite high, steadily, around the tower body is decorated with many typical patterns of the Cham people. Photo: TranNhatDuat 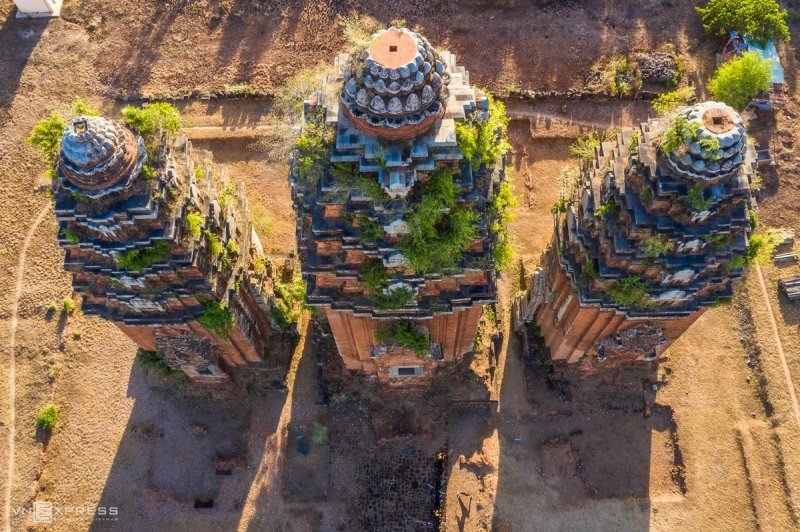 Many researchers believe that Duong Long tower has many architectural features of Cham Pa but has been strongly influenced by Khmer art. The tower is ranked as an artistic architectural relic in 1980. Currently, the tower is located in two villages of Van Tuong, Binh Hoa commune and An Chanh village, Tay Binh commune, Tay Son district, Binh Dinh. Photo: Nguyen Phuoc Hoai

Visiting Binh Dinh this June, visitors can combine travel, exploration with exciting sports activities with the Quy Nhon VnExpress Marathon which will take place on 6/6. This is also the peak season of Quy Nhon – Phu Yen tourism. Athletes can combine the tournament with jogging and travel with family and relatives. During the two seasons of 2019 and 2020, tens of thousands of people came to this central coastal city during the tournament.