For more than a year, Tran Thi Tuoi’s family of nine did not have to go to the market to buy vegetables, thanks to the garden taking advantage of the space on the ground floor and the second floor terrace, the total area of ​​about 100 m2. 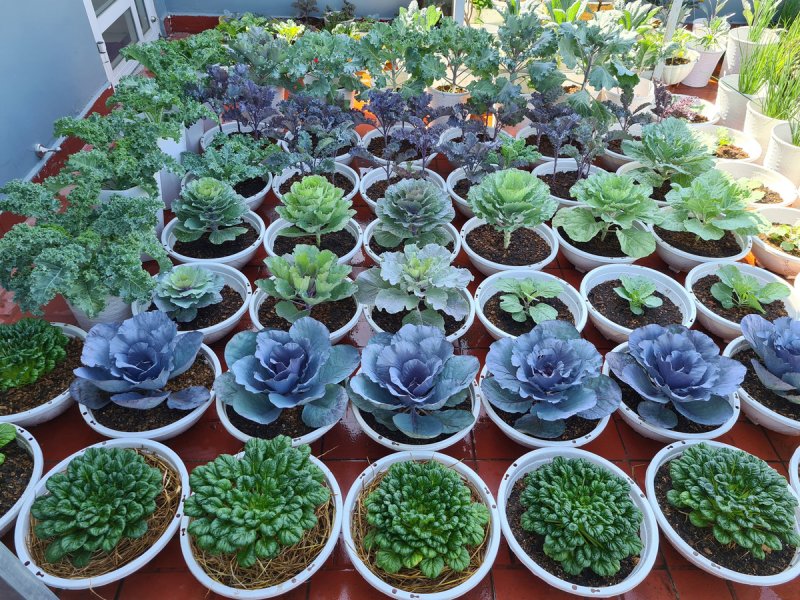 On New Year’s Day, Mrs. Tuoi brought pots of vegetables with colorful colors and flower-shaped shapes in front of her house, making guests come to enjoy. Especially, she grows vegetables and fruits that are not only delicious, nutritious and eye-catching. These are new varieties like kale, purple cabbage, rose flower and a variety of lettuce … 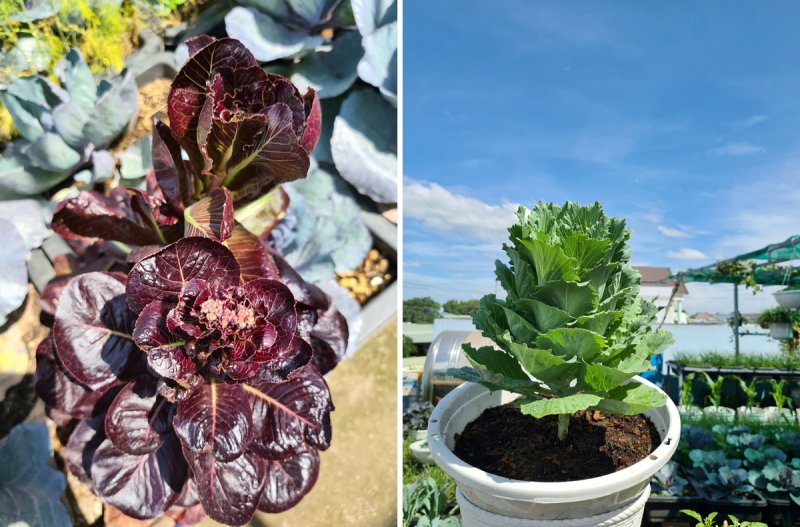 These are purple romaine lettuce and rose cabbage (also known as desert cabbage). This purple lettuce is crunchy, sweet, less pungent, and is an ingredient for a salad that Ms. Tuoi loves. 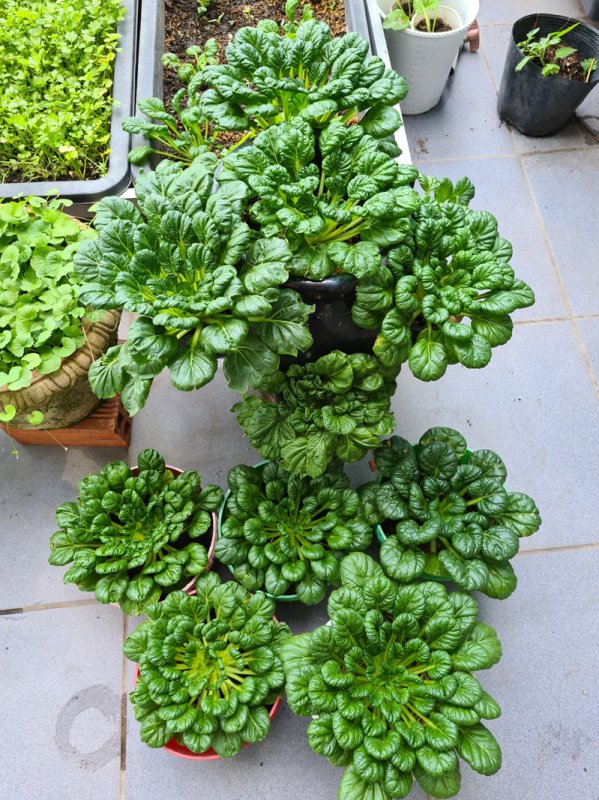 The rose canola trees spread out beautifully wide canopy. Only one or two plants are needed for one meal. Every time she goes to the garden, Tuoi’s mother and grandchildren keep rubbing “this vegetable pot is like a spring of flowers”. 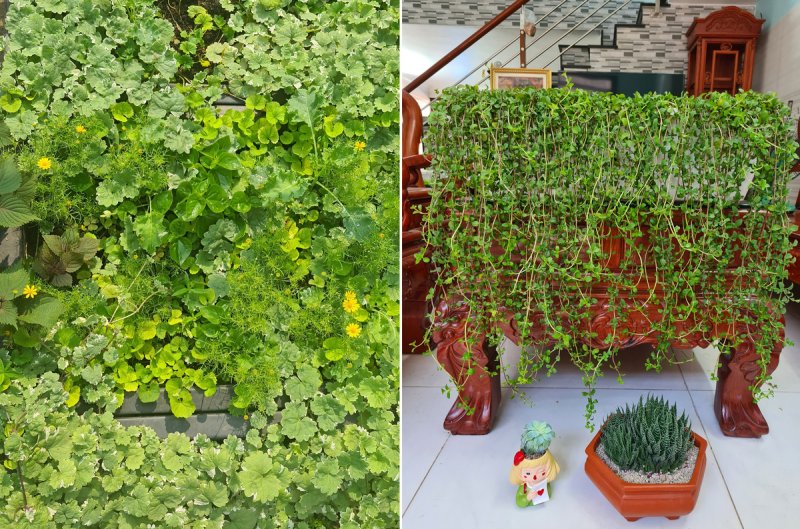 Ms. Tuoi spends a part of her area growing various kinds of cheeks and herbs. In the past, when she was still in the countryside of Nam Dinh, she used to go along the banks of the fields to pick chives to eat. At that time, eating cheeks just because of hunger, but when the family joined the South, this vegetable became the favorite dish of the whole family. “My garden has three types of chives mixed with many other herbs. Thanks to the plate of raw vegetables in the daily meals, it helps to ease the nostalgia for the homeland”, she shared.

Pictured is the parsley and mint mint. 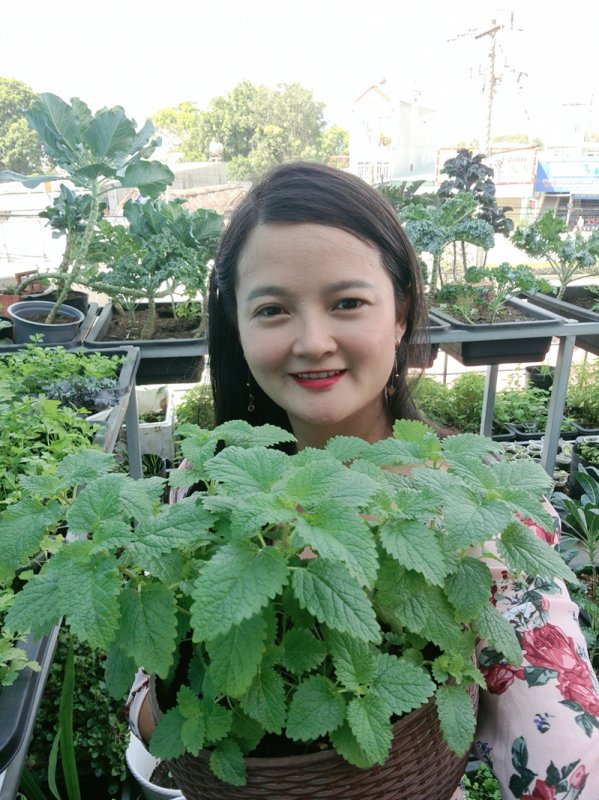 Every day, she spends 3-4 hours in gardening … The preparation of soil before sowing determines the success. She used soil and meat combined with rice husk ash, coconut fiber, chicken manure and composted cow manure and then sprinkled with trichoderma to prevent fungi and aphids. In addition, she also fertilized sesame shells (sesame seeds), peanuts, soybeans.

“Before gardening, my free time was spent watching movies, surfing the internet. Since growing vegetables, I feel much happier and healthier,” said Tuoi, who works as an accountant. 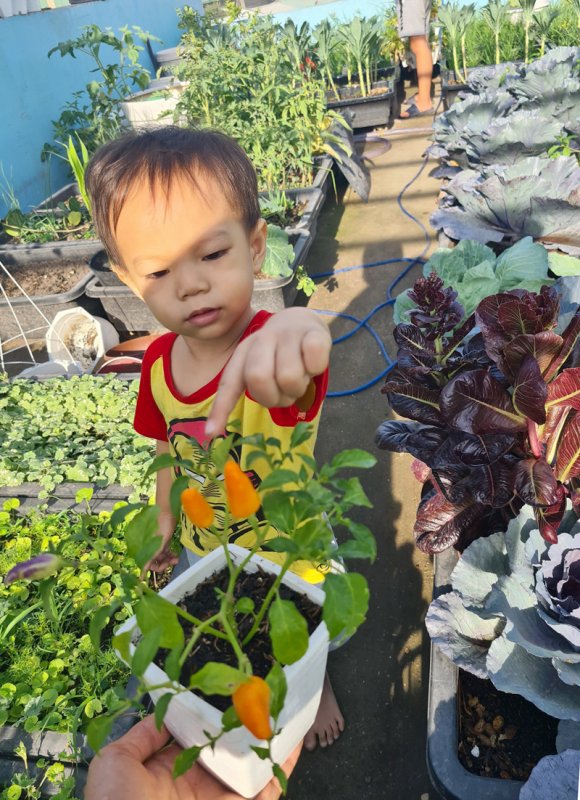 I like farming, but Ms. Tuoi is extremely afraid of worms Many times in the garden, she ran into a deep, “three-legged and four-legged” sister ran away. Mother and sister have to come up to clean up. Because she was afraid of insects, she dared not grow peanuts and sweet herbs in the garden. 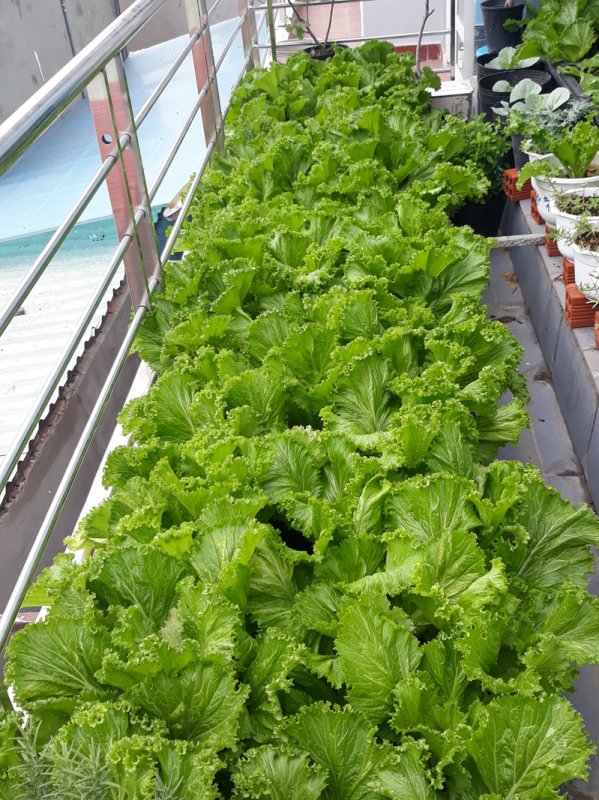 Living together with her parents, sister’s family and younger brother, this woman still grows enough vegetables for the whole family of 9 people to eat. Over the past year, the family has been fully active in being able to produce green vegetables, which season they produce. 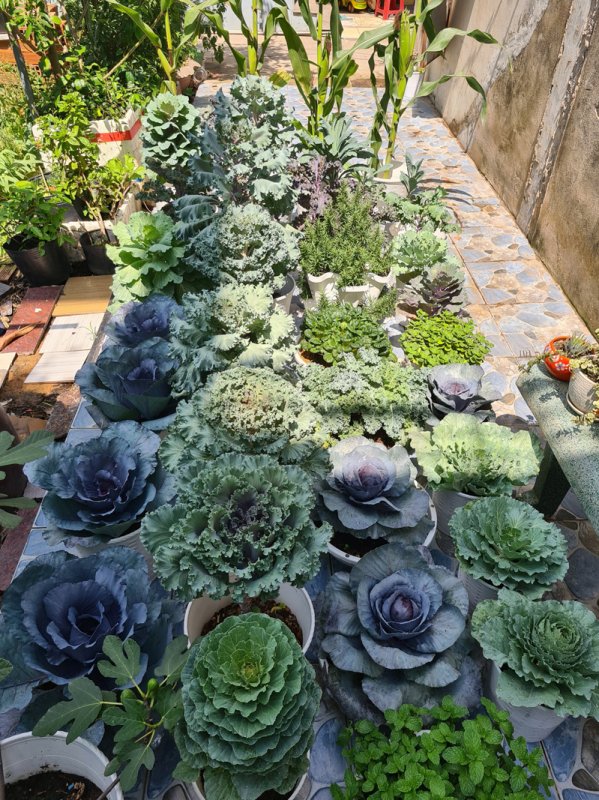 Last Tet, Mrs. Tuoi’s uncle visited the house and was given a few pots of kale. By the time she got home, she texted: “Vegetables are so beautiful, I dare not eat them. You can display them in front of the house”.

From her uncle, Tuoi suddenly realized that her vegetable garden was like the flowers in the most brilliant. She brought some pots to display in front of the house. “Unexpectedly, everyone came to play and said ‘growing vegetables or growing ornamental (landscape) is so beautiful’,” said Ms. Tuoi. 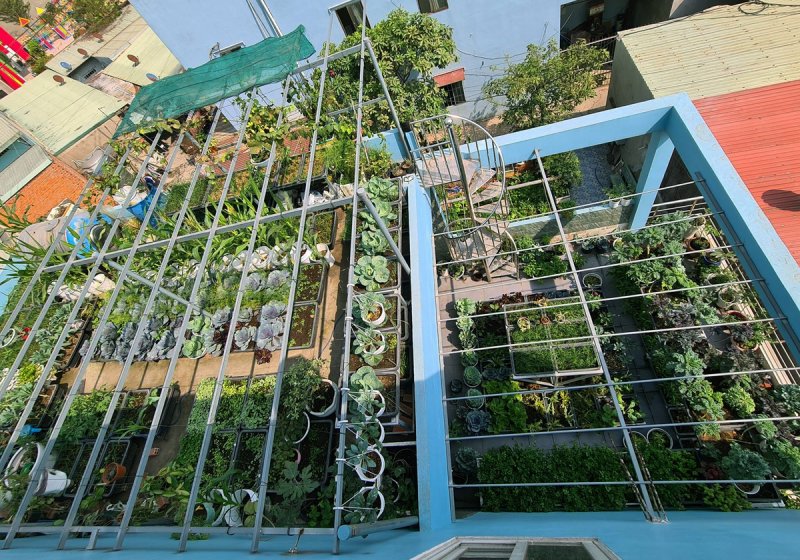 Each time, Ms. Tuoi eagerly participated. Half a month before, she nursed a hundred pots of seedlings to bring to the meeting. “Everyone who participates in the meeting will return happily and carry their armpits”, she added.

Today, 16:48
Beauty of cherry blossoms in seas of clouds in Mang Den town