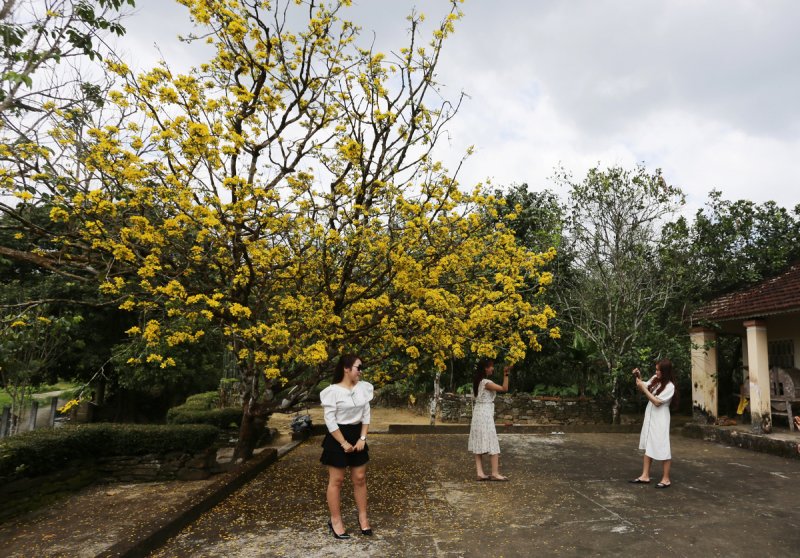 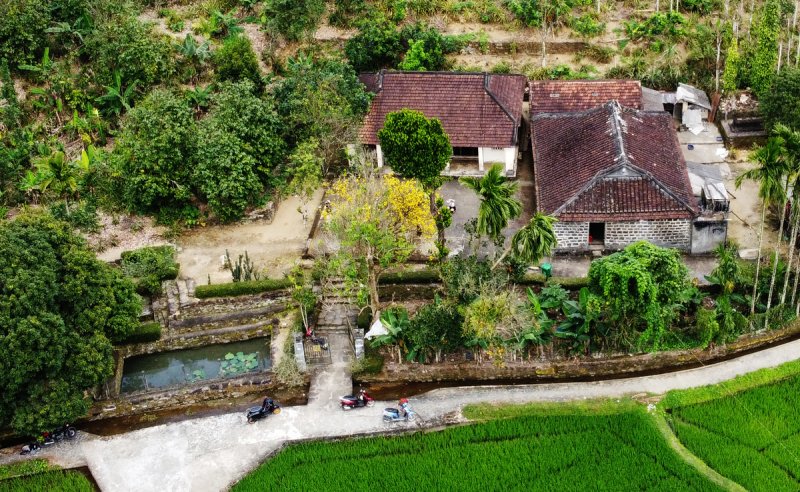 The apricot tree is planted in front of an old house made of jackfruit wood, 150 years old. Here, visitors cross the rice fields and step up the alley made of stone covered with green moss. 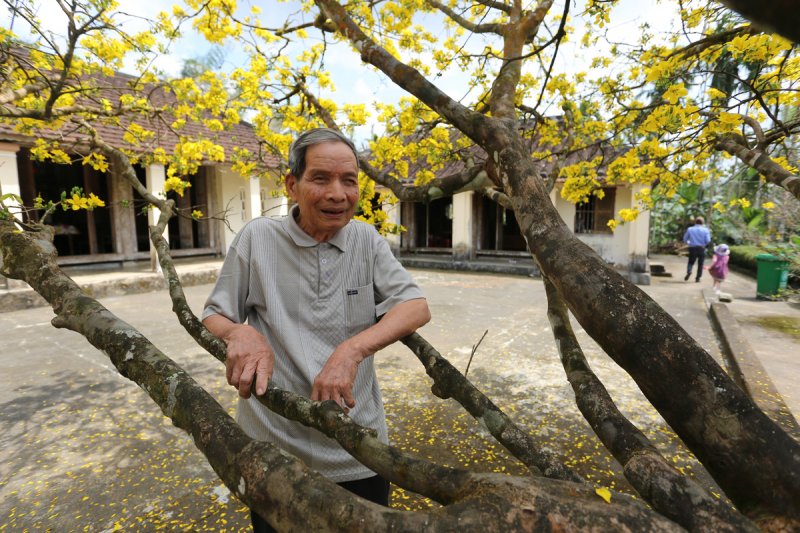 Mr. Mao said that the tree grows completely naturally without pruning. Every year in the November of the lunar calendar, he takes three or three days to pluck all the leaves to flower properly on Tet. The stump is about 60 cm high. The tree can grow tilted, the stem splits into two branches, followed by many small branches spreading away. The trunk has many sections with a lump, shaggy. 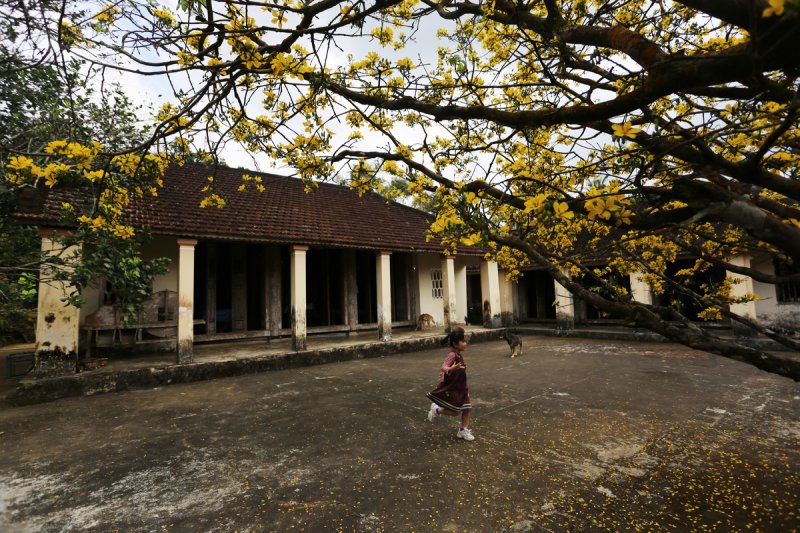 The apricot tree blooms in front of the old house, creating a peaceful picture of the village. “Seeing the old apricot tree flowering beautifully, so many people came to ask to buy it, but I refused”, Mr. Mao said and said that even if we have billions, we will not sell, if we sell, we will lose the landscape of the old house. 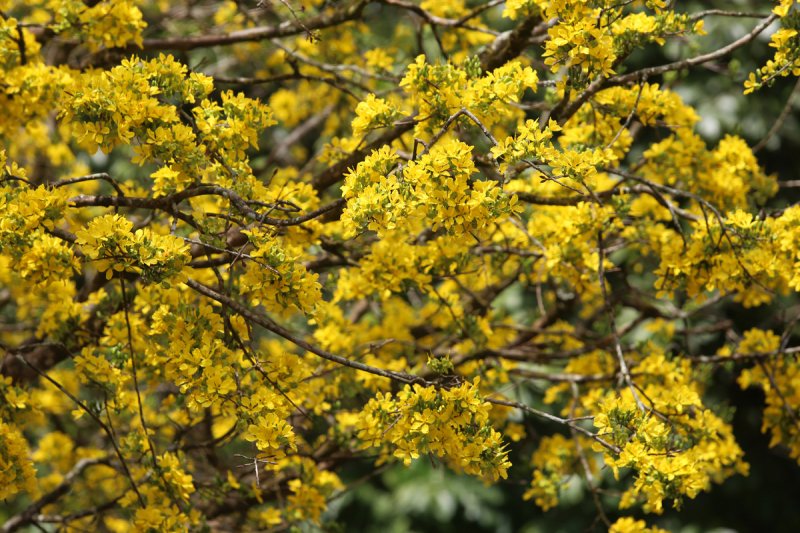 The apricot flowers bloom in a cluster pattern, each with five petals. 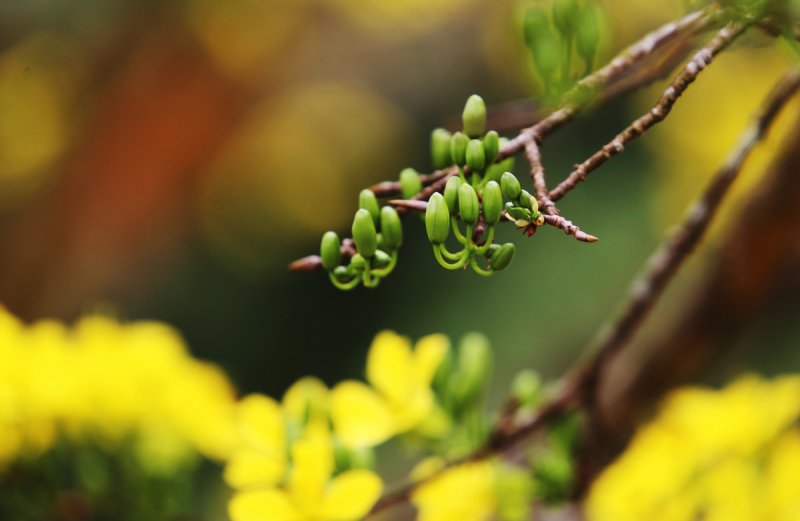 On the 9th of Tet, there are many buds on apricot tree. The owner of the flower plant said that every year it flowers from 28 Tet to 15 January, it ends. 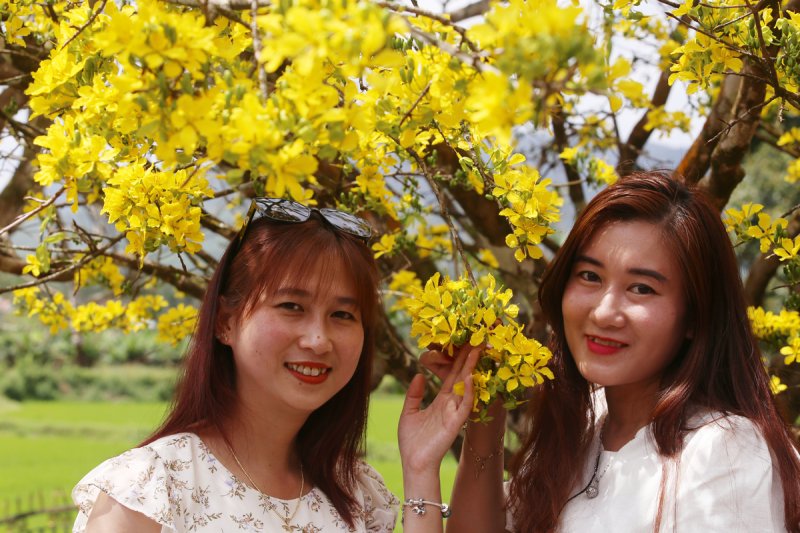 Ms. Ngoc (left) in Tien Phuoc district and four friends, said that the image of apricot tree was widely shared on social networks, so she sought it out. “For the first time I saw the apricot tree this big and tall. It blossoms all over the tree, taking many beautiful pictures,” Ngoc said and said that besides taking pictures of apricot trees, she also visited the old village. Loc Yen ancient village is about 40 km southwest of Tam Ky city center. The village was formed and developed in the 15-16 century. In September 2019, Loc Yen was ranked a National Monument and one of the four most beautiful ancient villages in Vietnam.