Home / Travel
The “extreme” confetti frame is causing a storm in Vung Tau because its blooming is so beautiful, people are racing to ask for addresses to check-in.
hanguyen0409 21-02-2021, 14:07

This bright rose flower frame is currently the most sought-after virtual living place in Vung Tau.

In the current weekends, Vung Tau is becoming the hottest destination in the South because it is located near Saigon, can easily arrange to go and return during the day. In addition to “genuine” beach view cafes or a series of famous check-in places, recently netizens are focusing their attention on a “extreme” confetti that has appeared on the map virtual life.

Specifically, a girl posted to the group of check-in photos at the confetti floral frame blooming brightly. The post quickly attracted more than 11k reactions and 1.6k comments. Everyone enthusiastically asked for the address and tag their friends’ names together to wait for the opportunity to visit virtual live photography. 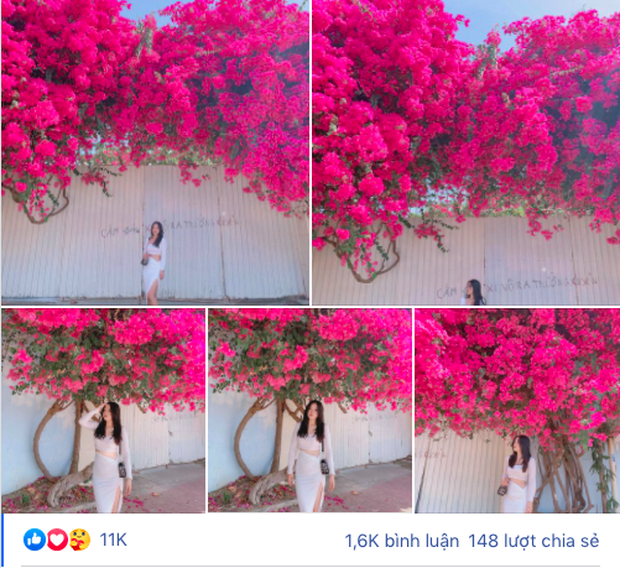 The girl’s post received a huge amount of interaction.

On the post, the girl revealed this beautiful confetti frame next to a hotel at 179 Thuy Van Street – right in the familiar Back Beach area. Floral trellis woven into the “super huge” arch with brilliant pink color and the background of the white door, just standing in and making sure you will have a beautiful photo. Well, don’t forget to delete the words “poor to” behind to make your picture more sparkling! 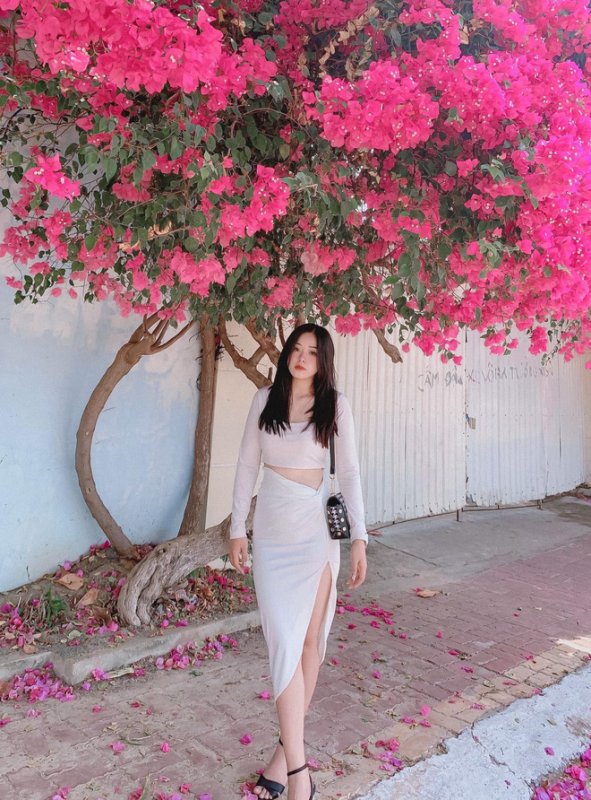 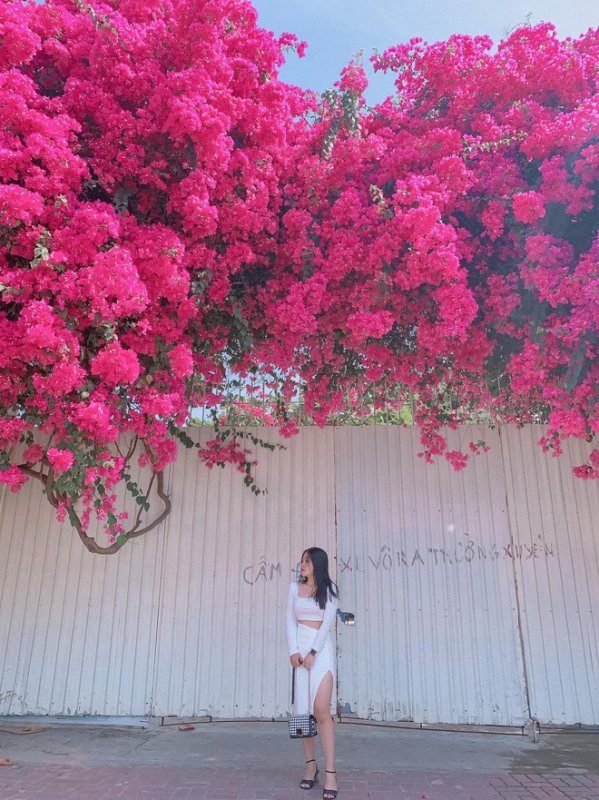 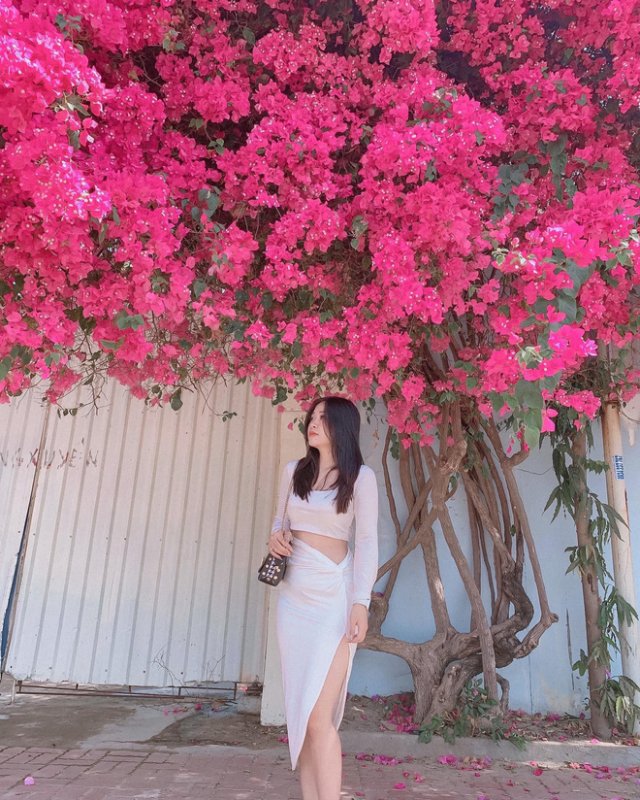 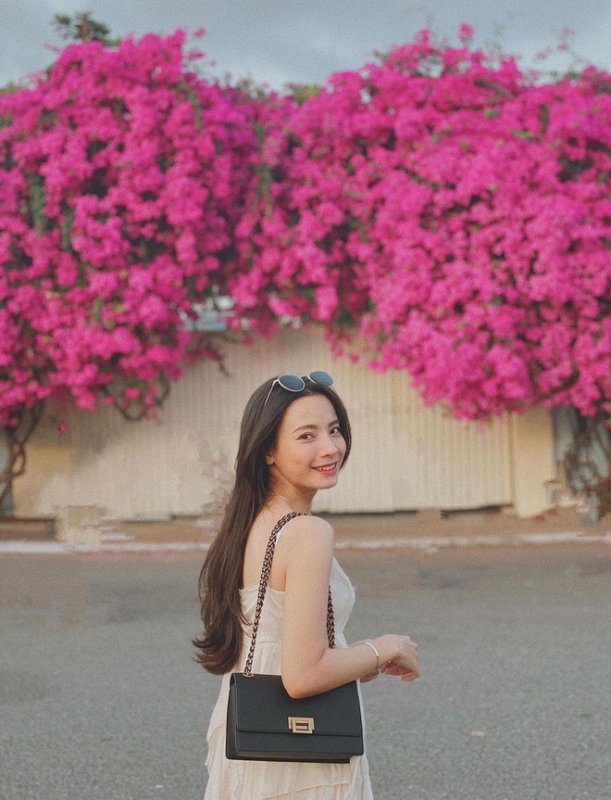 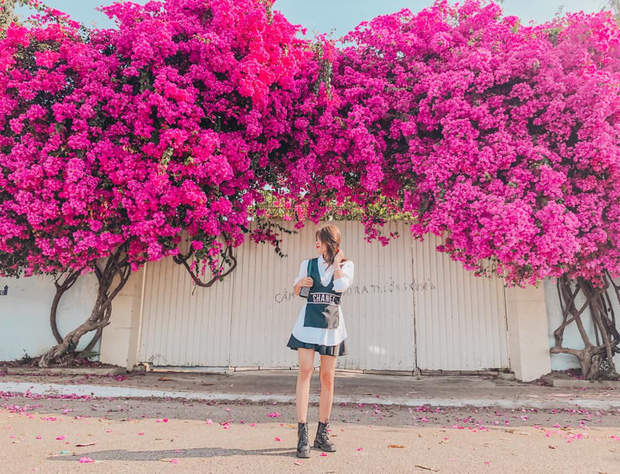 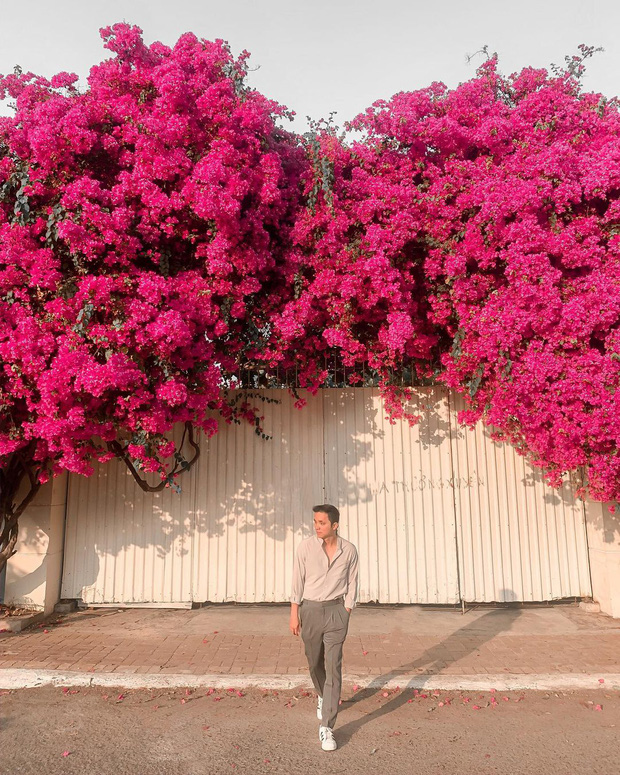 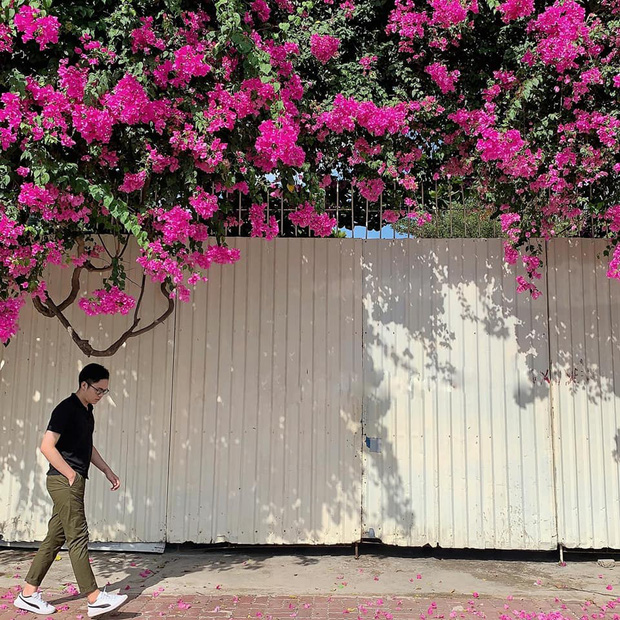 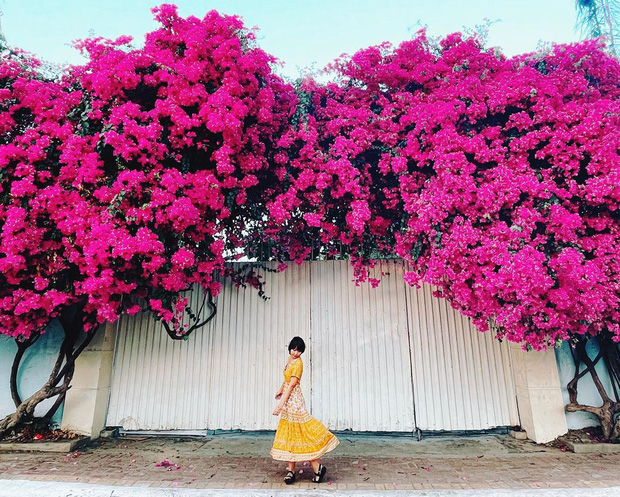 It is known that confetti is grown quite a lot in Vung Tau because it suits the climate here. People often plant flowers in arches in front of the gate to decorate them, so that they will bloom brilliantly in March. 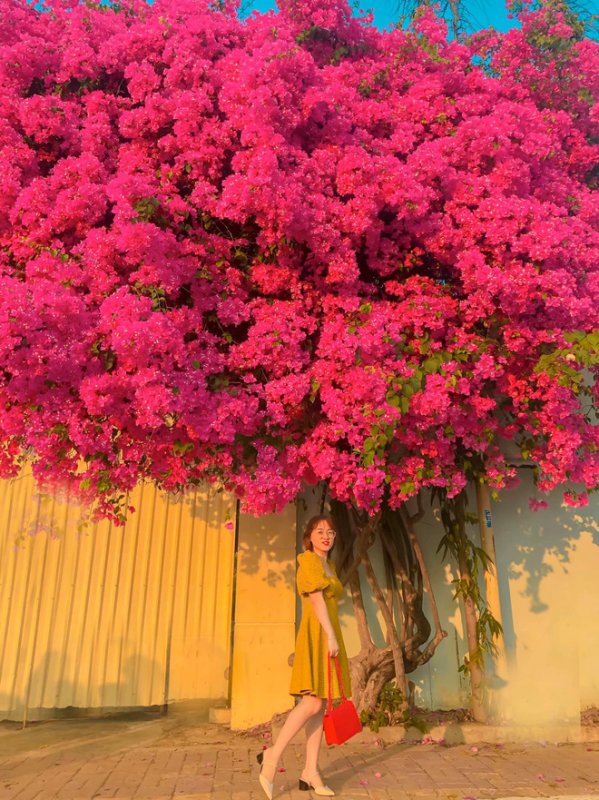 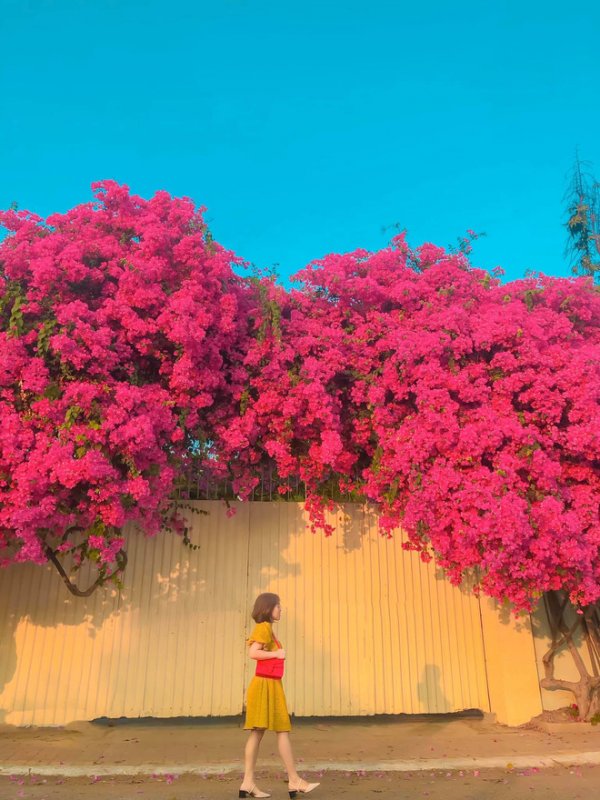 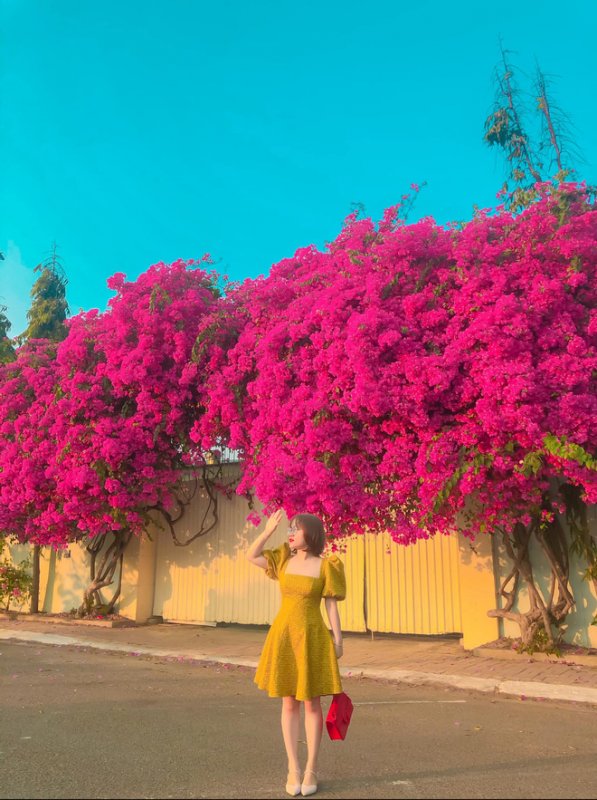 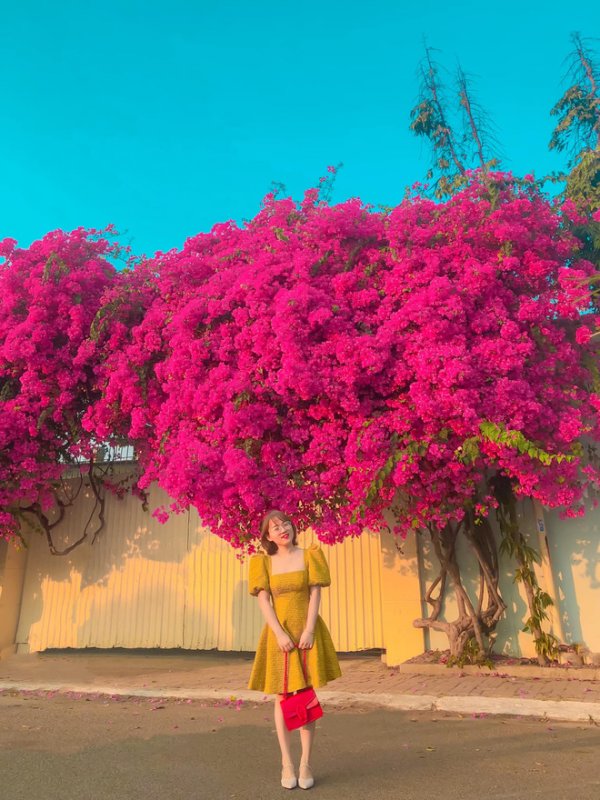 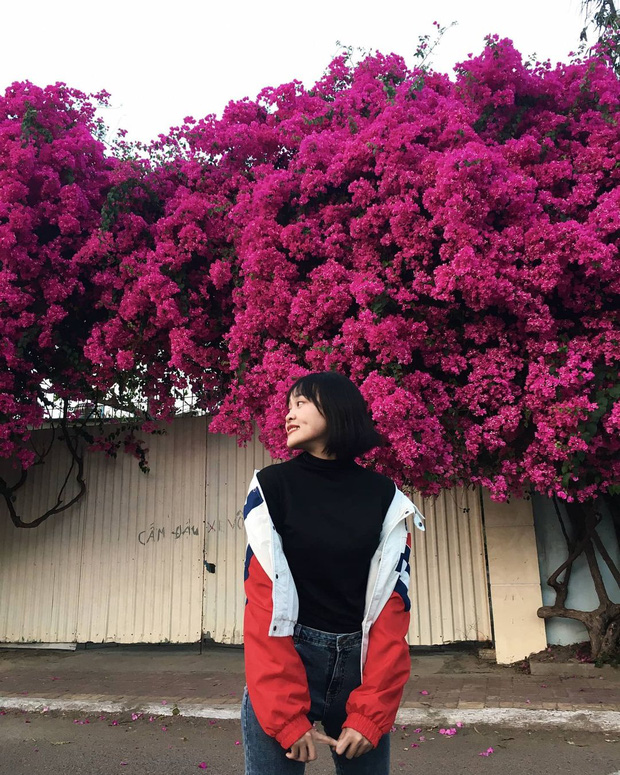 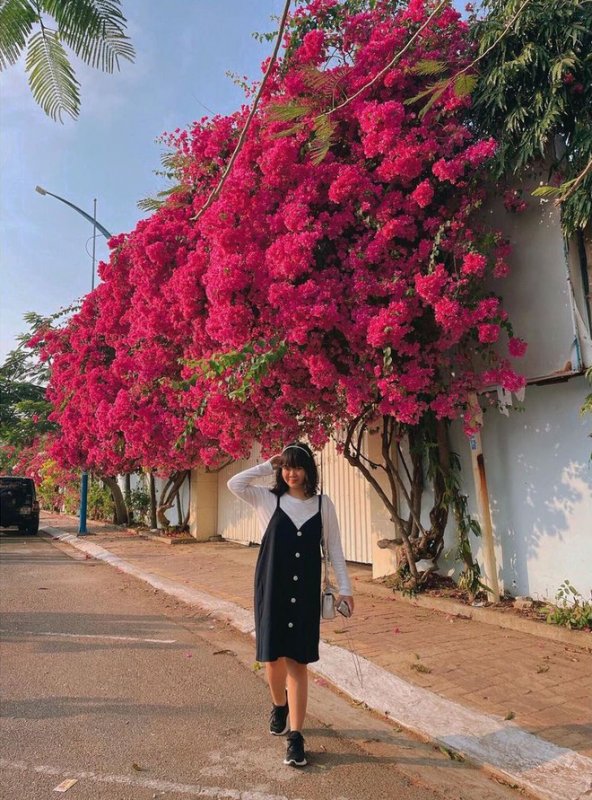 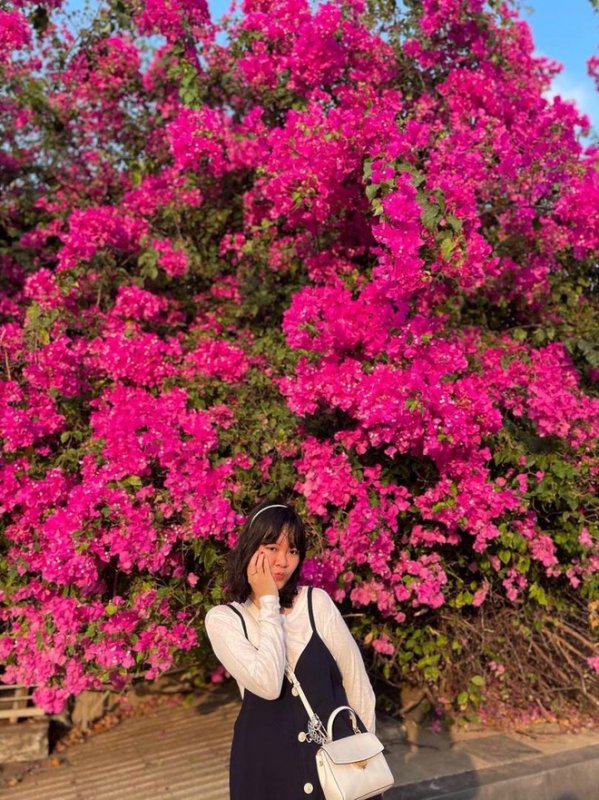 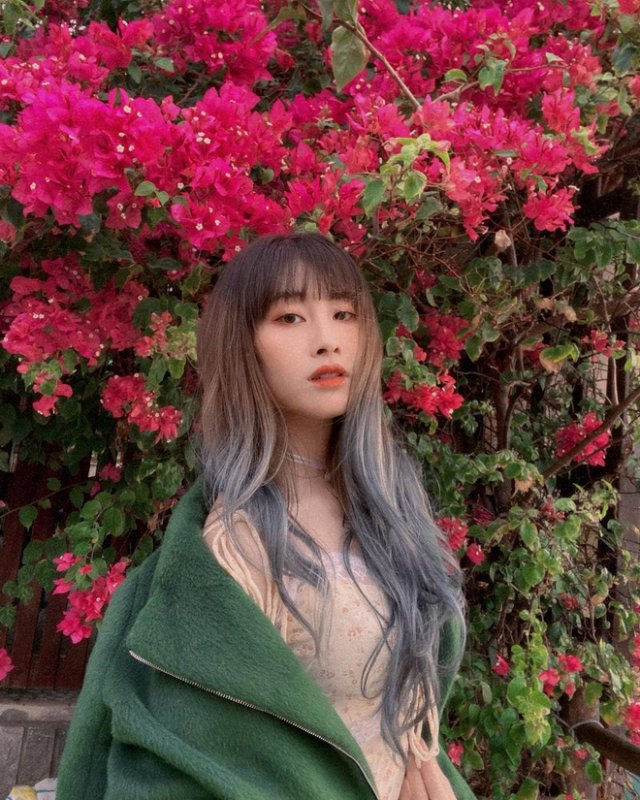 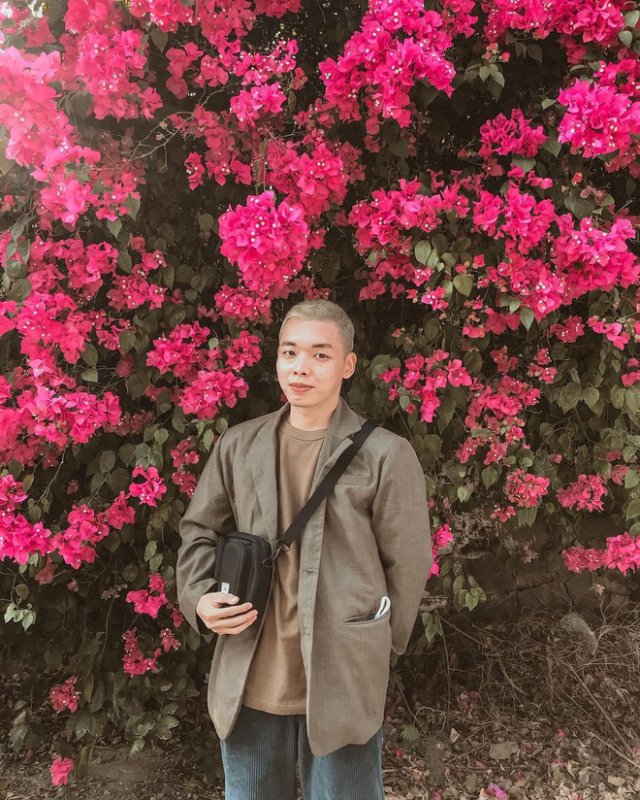 Beside the confetti truss causing storm above, going along the way to the lighthouse or any other road in Vung Tau, you can easily see similar confetti backgrounds. 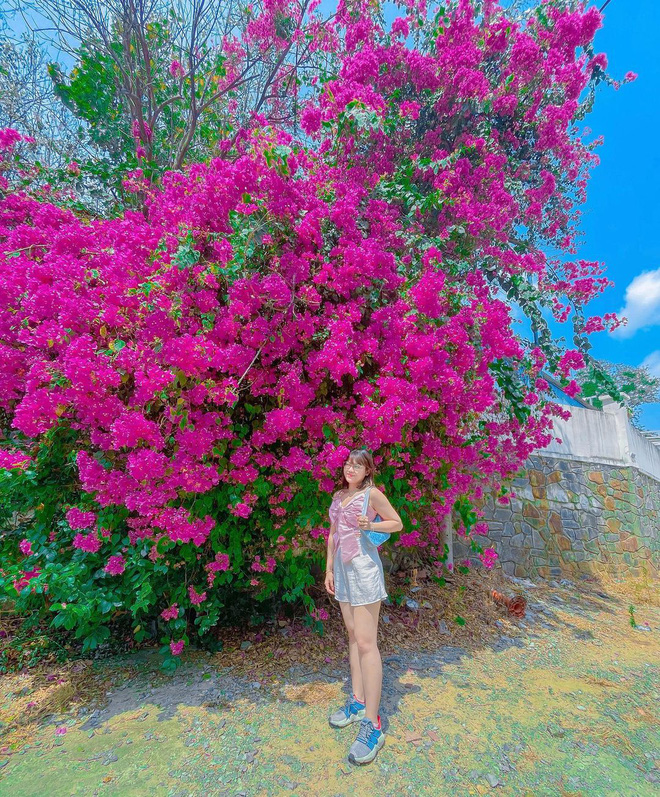 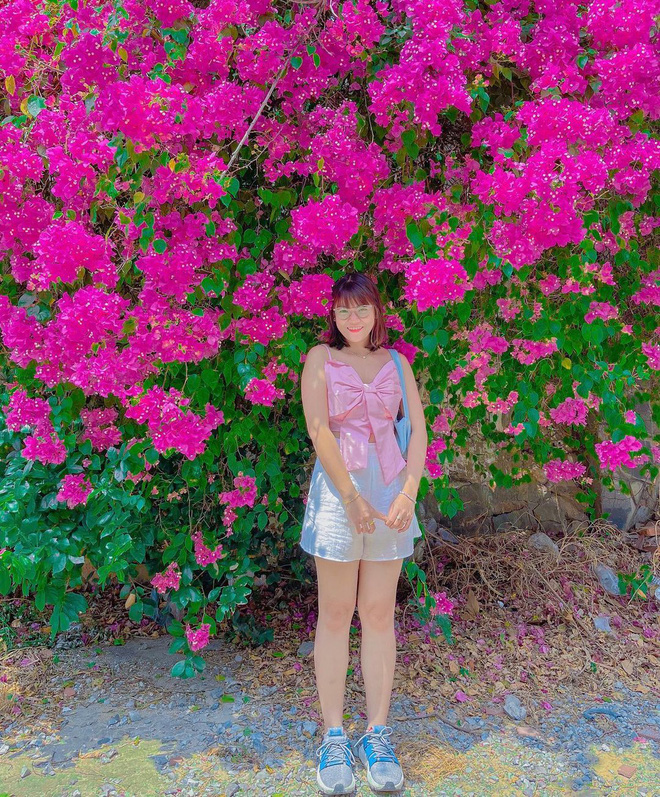 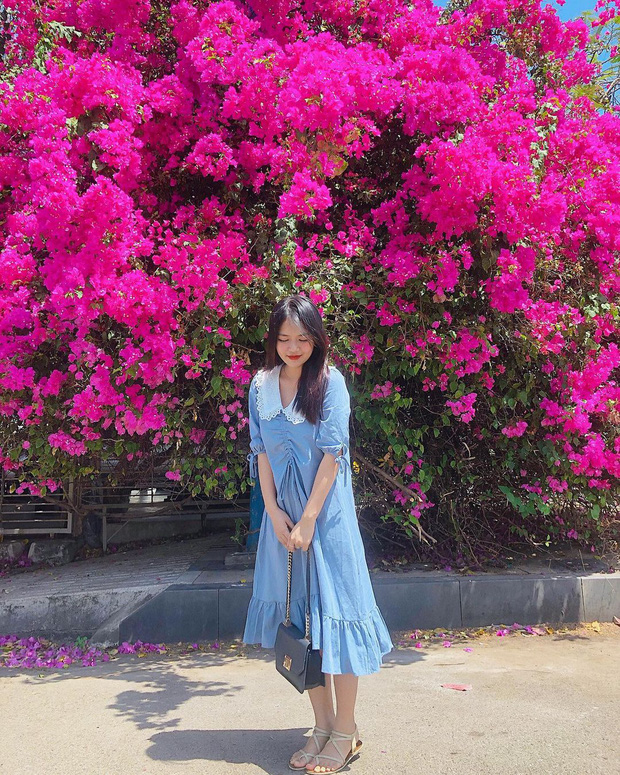 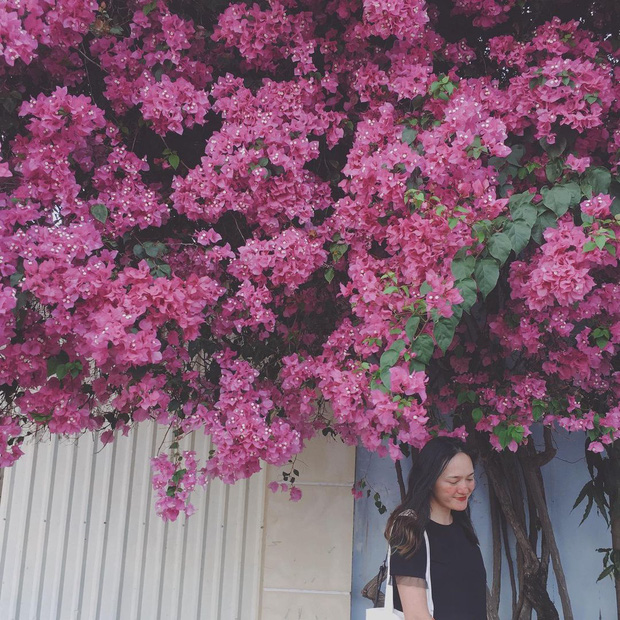 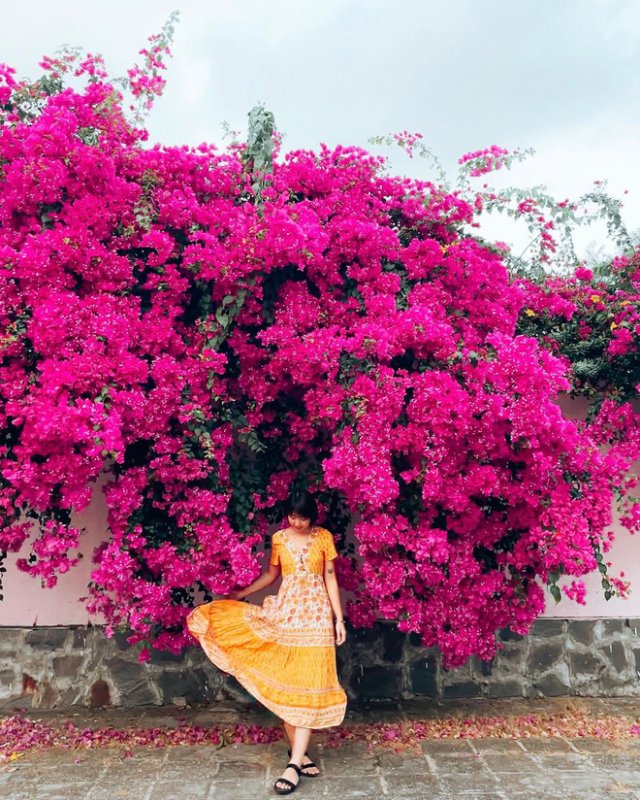 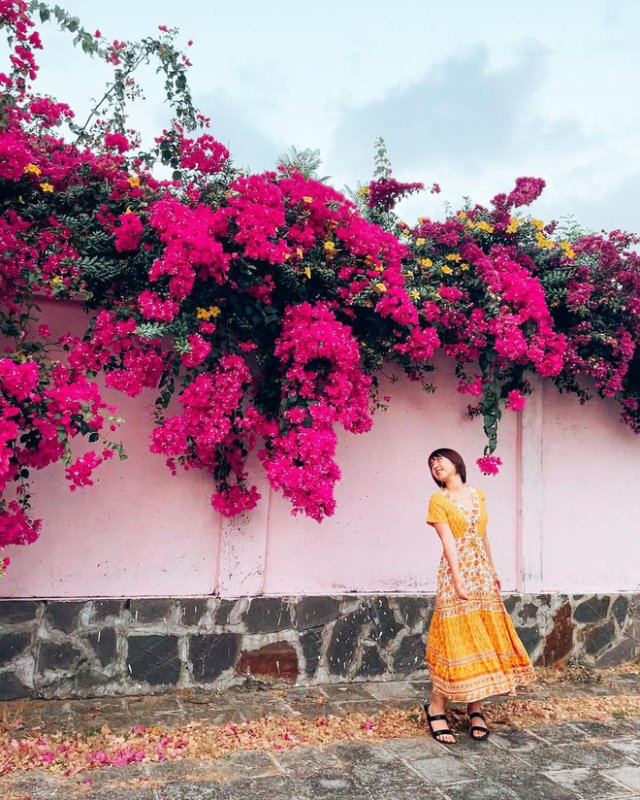 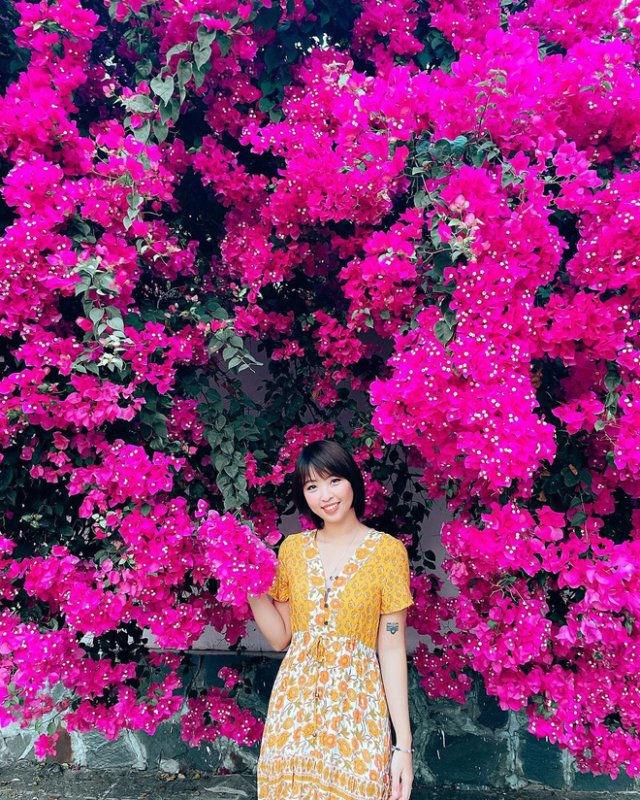