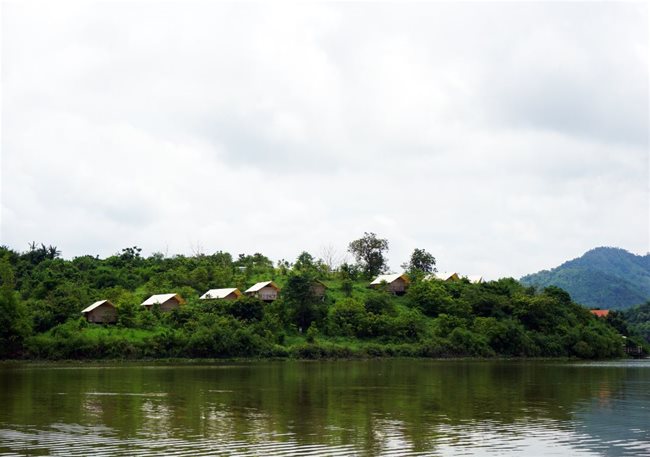 Lakes and streams are part of life of ethnic groups living in villages on the outskirts of Buon Ma Thuot City, an urban center in the Central Highlands province of Daklak

If Kinh, the key ethnic people of Vietnam, historically set up their villages along rivers, villages of ethnic groups in the provinces are mostly by lakes or streams.

Each village in Daklak is named after lakes or streams nearby. For example, Ea Nao Lake is in Ea Nao Village and Tara Lake is in Tara Village.

We visited Prong Village, which is around six to seven kilometers from Kmrong Prong waterfront. Along the path from the village to the waterfront are coffee farms and orchards which used to be forests. Kmrong Prong is one of the waterfronts that are still maintained despite urbanization. A green space seen in Daklak

The water source is now used for daily routine. Locals use bamboo tubes to take water to their house. The water flows to a lower land shaping a small lake which supplies water to locals. The high trees surrounded the water source help keep the fresh air in the sacred area.

To fully discover the water sources there, travelers should cycle around. The cycling trip helps us feel the connection with nature.