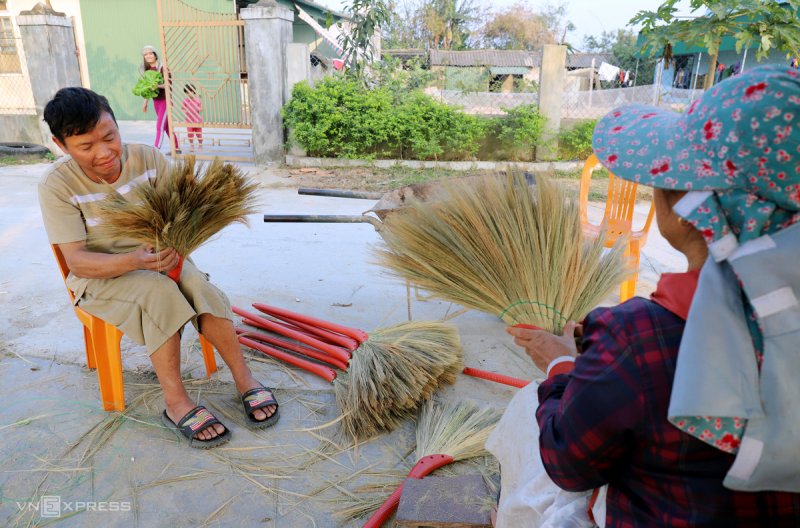 Mr. Phan Van Quang, 51 years old, has been working as a broomstick for 30 years. This is a traditional profession passed down by his parents and maintained by him and his wife.

Ha An is a famous village making broomsticks in Ha Tinh with nearly 200 households. Selling brooms provides the main source of income for people. 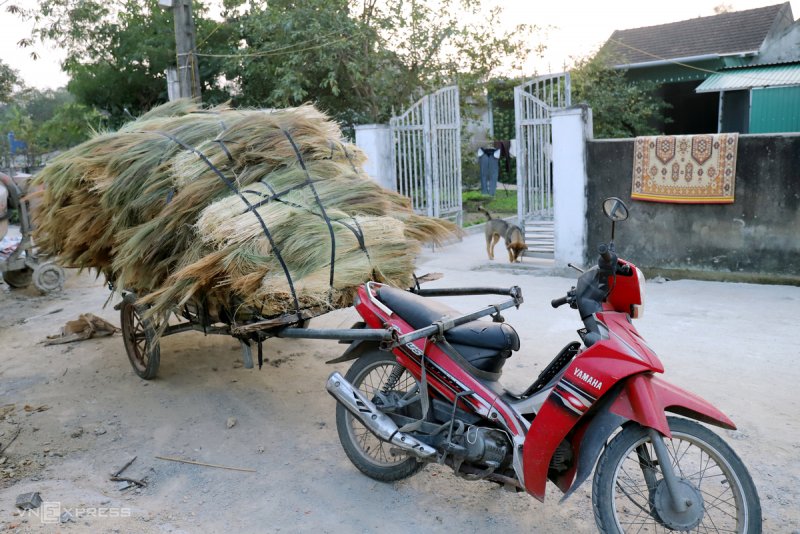 The main material for making brooms is the firewood tree, imported from Laos and the northern mountainous provinces of Dien Bien, Thai Nguyen, Lao Cai, and Lang Son … The broom cotton must be cut when it is still green and has not yet bloomed. Pour to dry must be bright, smooth, and tough to make the brush durable and firm.

At the beginning of December to February of the next lunar year, in the dawn, traders brought to Ha An village to join the people. Each household buys 9 to 15 tons of crayfish stored in storage for year round use. One kilogram of dried crustaceans costs more than 30,000 VND. 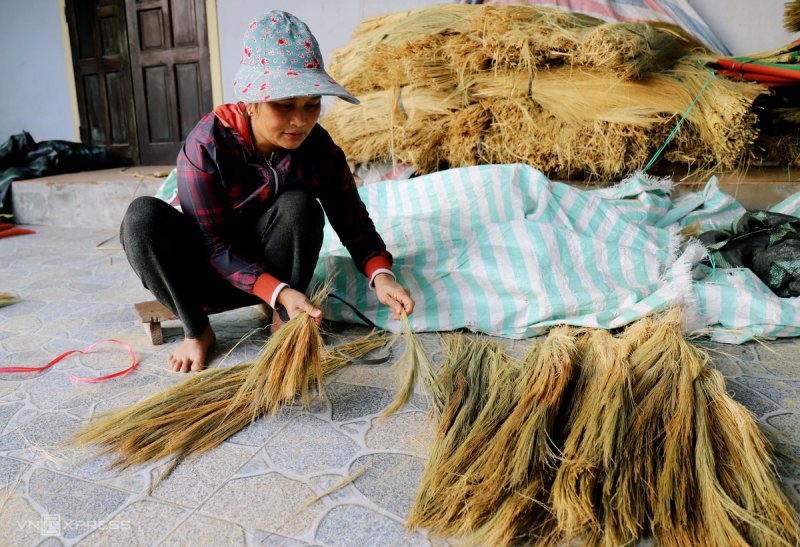 Mrs. To Thi Tram, 43 years old, Mr. Quang’s wife, said that the first step is to strip the flower into small bundles, each bundle subtracts a long stem to make the broom stalk. When the bundle must be wrapped evenly and tightly, if it loosens, the brush will become loose and come loose when used. 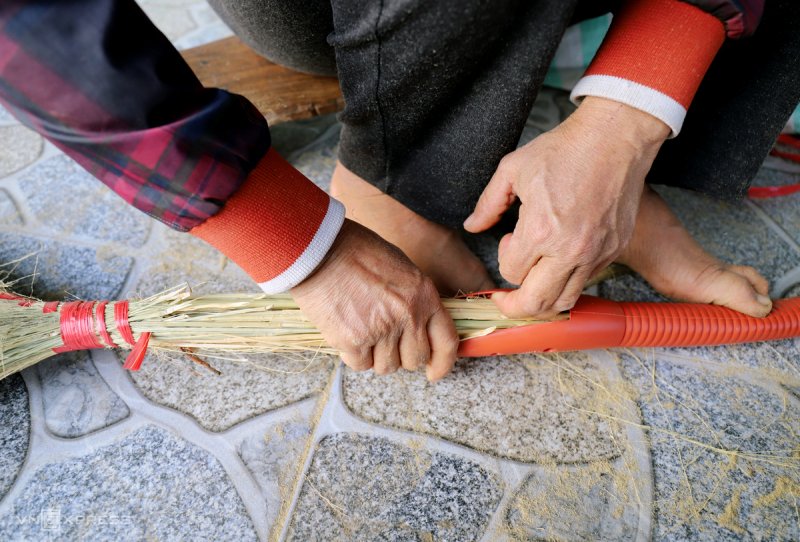 With plastic rolling brush, after applying the shape of a fan, Ms. Tram stuffed the stem into the plastic handle.

The plastic handle to attach to the broom has many colors, is bought in bulk, the wholesale price is 26,000 dong a dozen. 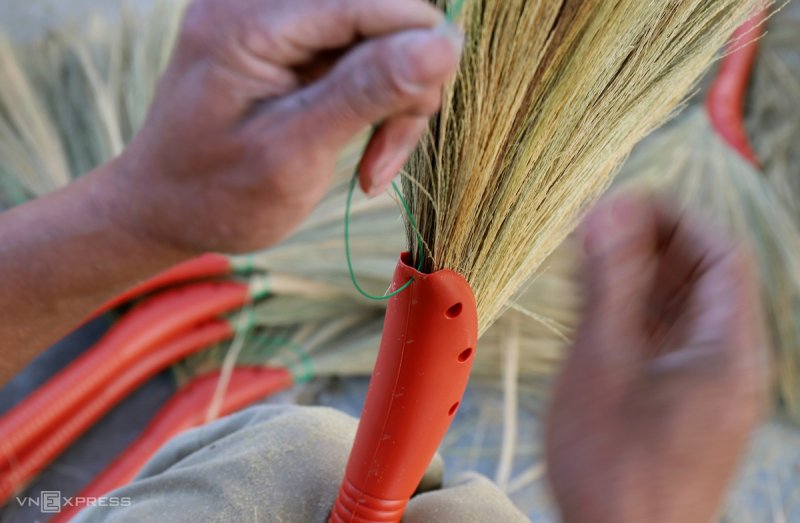 After putting the bundle on the plastic handle, the worker uses the steel fiber to thread the “headline”. This step causes the brush to spread out and fix to increase the surface area when scanning. 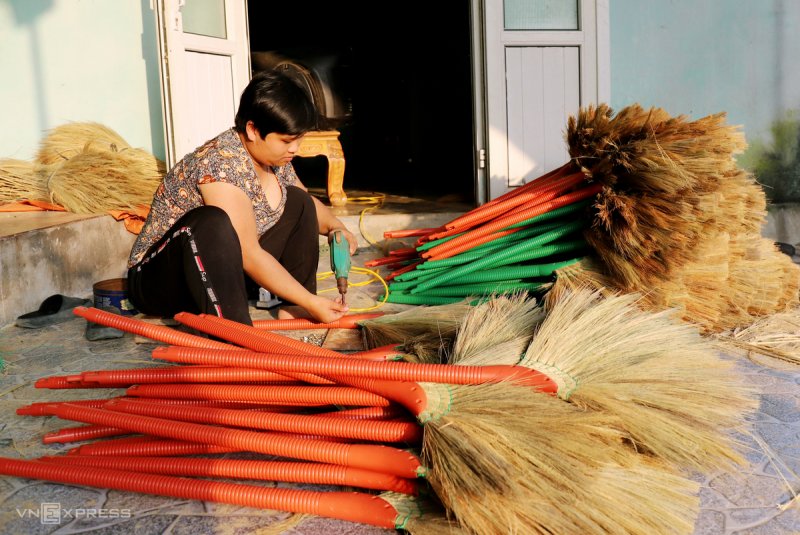 After the parents finished stringing the “headline”, Mrs. Tram’s first daughter used a screw-fired machine to fix the head of the broom and the plastic handle. A kg of screws costs 40,000 VND, each broom will have to shoot 3 nails. 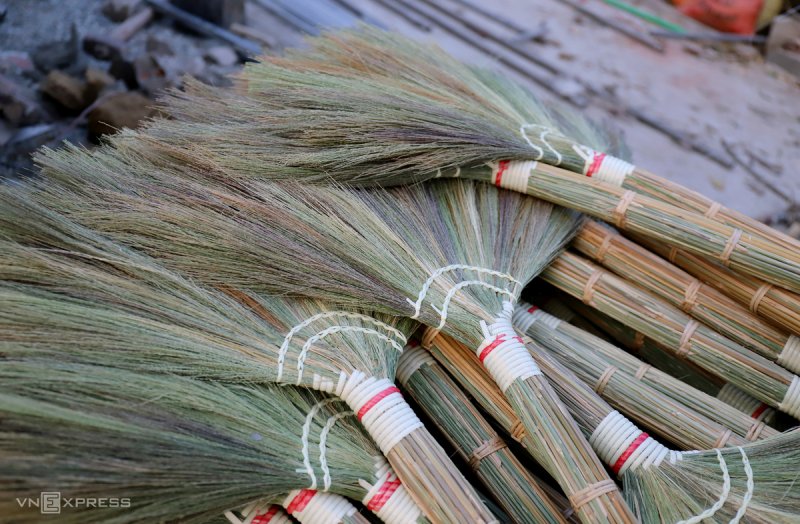 Roller brooms do the same steps as plastic rolling brushes. Another point is in the “foot of the head” part, which is linked by two rings of rattan. 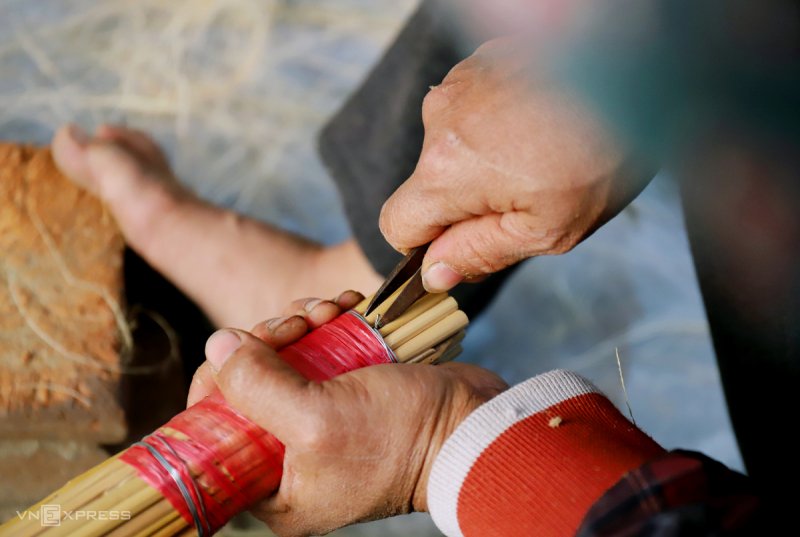 The broom handle is about one meter long, wrapped tightly with rattan or steel wire at the end so that the sticks do not come loose. After shaping the broom, Ms. Tram’s second daughter used a wooden hammer to hit the floating point between the “head of the head” and the handle of the broom to compress, increase the certainty. 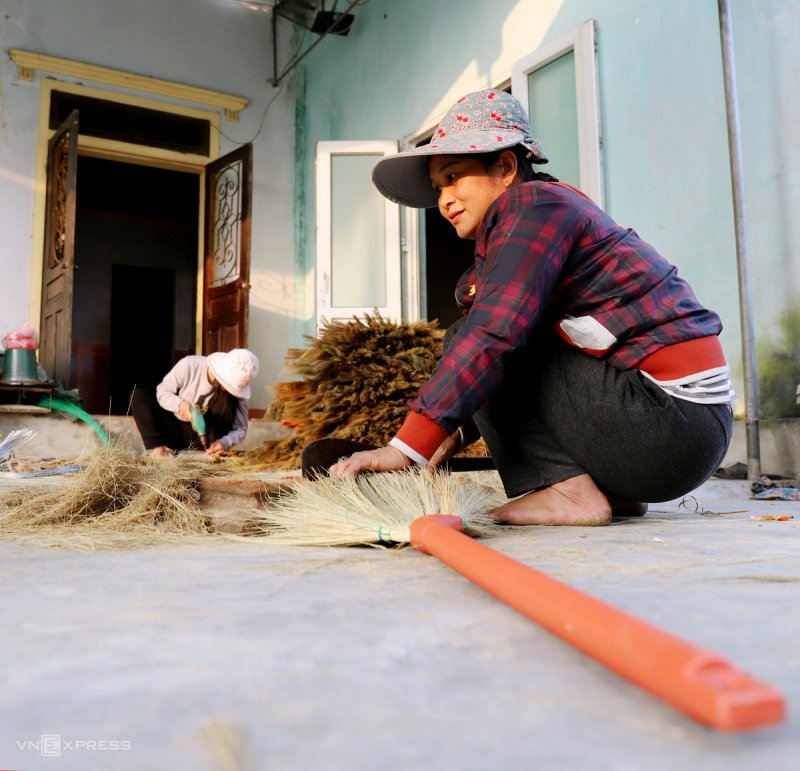 Finally, Ms. Tram put the broom on the wooden board, used a knife to cut the head and handle it neatly.

“On average, my family makes nearly 100 a day, mainly plastic rolls. In addition, I make a few roller brooms for a number of familiar customers. Each month, the revenue from broom making is 40-50 million VND. , after subtracting all the cost of buying materials, profit is 12 million dong “, said Ms. Tram. 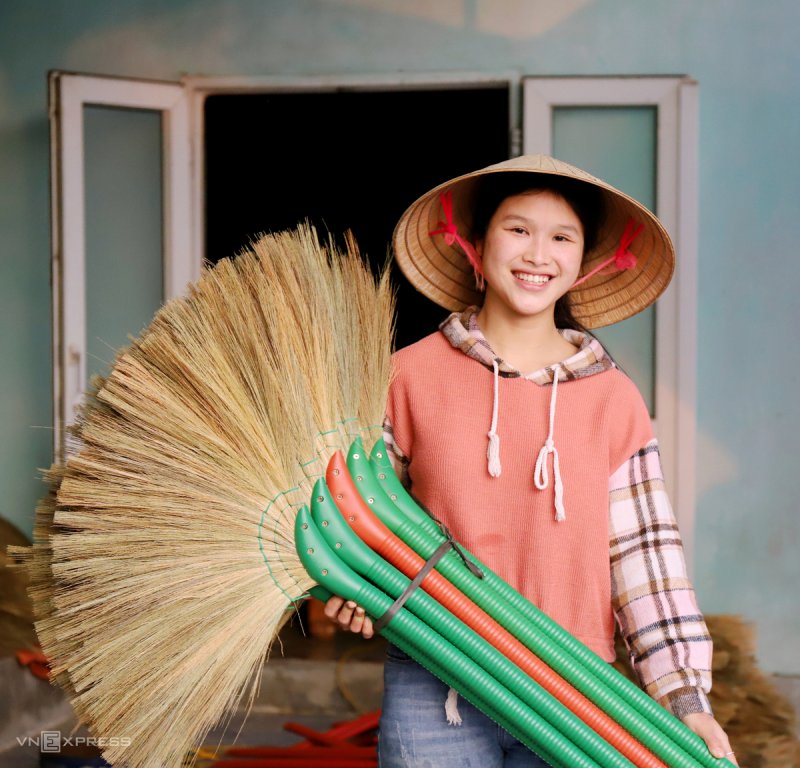 The second daughter of Mrs. Tram showed off her achievements after an afternoon of helping her parents make brooms.

Near Tet, families in Ha An village all tried to work overtime, mobilize members to support many stages, working from 6 am to 22 pm. 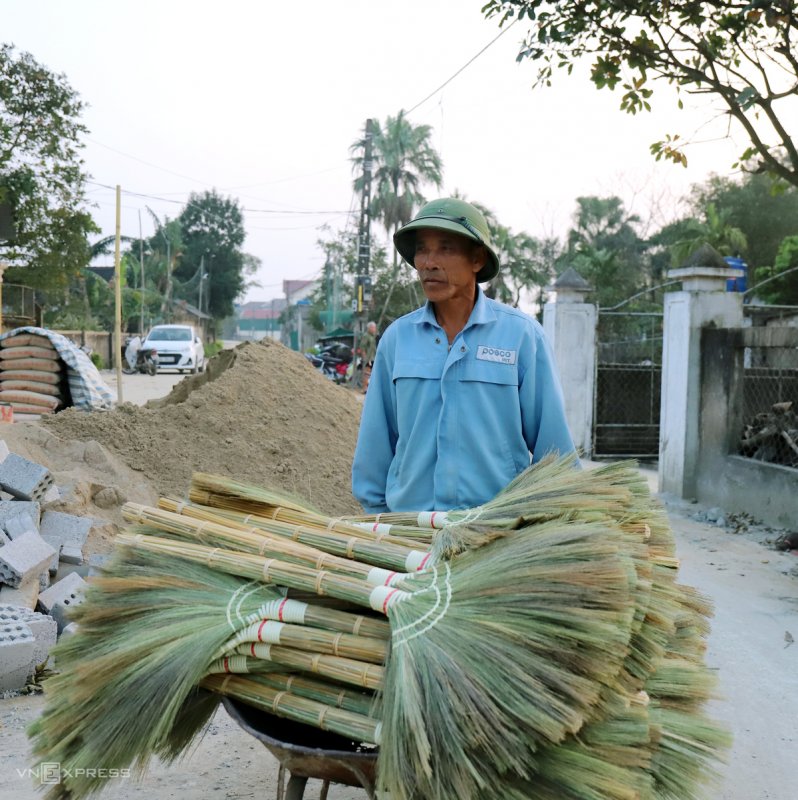 After completing the broom, people put them on trolleys and brought them to import for some traders in the village. Traders buy products from Ha An craft village to sell in markets in Loc Ha, or import products to retail shops in many provinces.