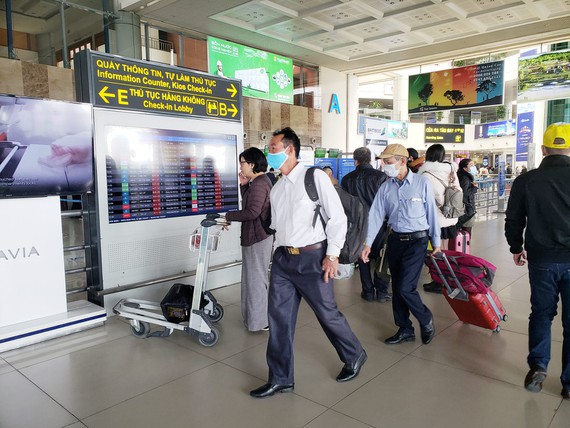 General Director of the Civil Aviation Authority of Vietnam Mr. Dinh Viet Thang informed that the number of air tickets for Tet holiday had based on airlines’ calculation and forecast with increase of 10 percent in passenger over the same period last year, reaching about 7.5 million passengers. In case of high travel demand for passengers, the international terminals will be put into operation to sever domestic routes on peak days of the holiday.

As for the railway sector, according to information from the railway transport units, the train ticket for the Lunar New Year during the peak days will be able to decrease 10 -20 percent compared to the same period of 2020, even additional five percent discount and 10 percent discount of train ticket for children, students, the elderly. However, despite a sharp decrease in prices, there are still many available tickets for the North - South railway route with the slowest consumption rate ever.
Particularly, Hanoi Railway Transport Company said that around 75,475 tickets have not sold out on Saigon- Hanoi route and vice versa before and after Tet.
Meanwhile, Saigon Railway Transport Company announced around 68,500 available tickets on journey from Saigon station to Bien Hoa station and from Nha Trang to Hanoi train station.