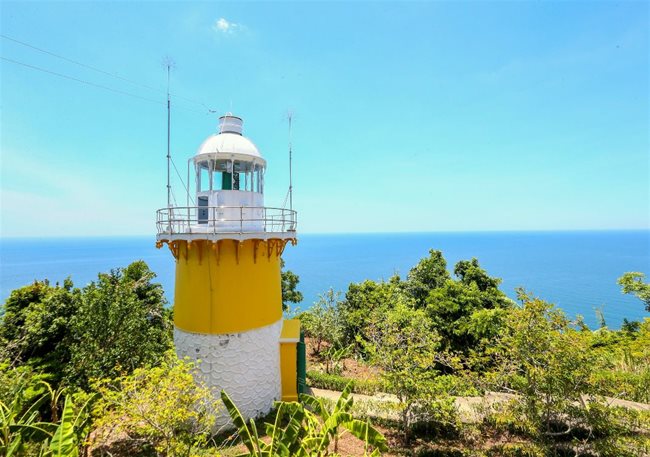 Tien Sa is a 120-year-old lighthouse constructed in the French colonial period. The lighthouse in the central coast city of Danang is a place where tourists can have panoramic views of Danang, Hue and even the entire Quang Nam Province from above.

Tien Sa lighthouse is commonly known as Son Tra lighthouse that stands alone in the east of Son Tra Peninsula. The lighthouse gives necessary navigation to marine traffic across the sea, especially in storms.

The leading light is on a good yet secluded location. The place is almost encircled by a primary forest with big trees seemingly endless. Travelers may be enchanted by the poetic beauty of its environs which prompts them to feel in harmony with nature.

It is tough to get to the lighthouse although there is a concrete road leading to the location. The building is half hidden in mountains where life is isolated from the hustle and bustle of city life.

The 120-year-old lighthouse is equipped with a modern device: solar panels which are used to generate power for in-house use. Although the lighthouse is one of the local tourist attractions, wireless waves for cell phones are not available. 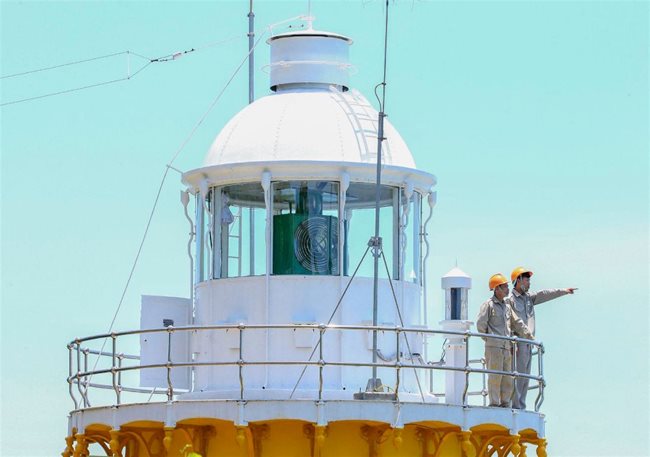 Workers are at the top of the lighthouse
RELATED NEWS
TAG:
Other news

Today, 15:35
People poured into the sea to collect ‘heavenly fortune’