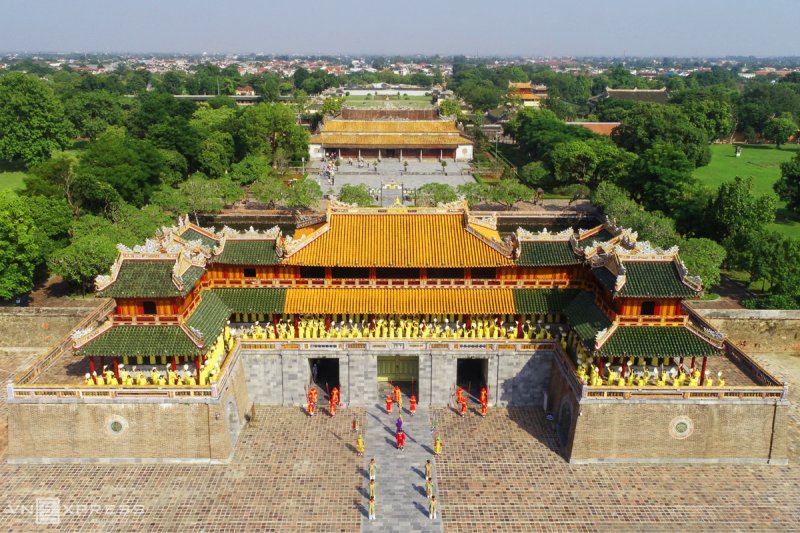 In 1805, Gia Long, Emperor of the Nguyen Dynasty (1802-1945), started to build a citadel in France’s “Father of the Fortress” Vauban-style with its signature layers of defense and 24 fortresses. The citadel, with a perimeter of 10 kilometers, was originally made of earth but later reinforced with brick walls and its completion was announced by Gia Long’s successor, Minh Mang, in 1832.
According to the “Dai Nam Nhat Thong Chi”, a national geographic book recognized by the Nguyen Dynasty, Ngu Phung Pavilion is a part of Ngo Mon, the main southern gate of the citadel and stands in front of Thai Hoa Palace on the outer court. During Gia Long’s reign, this was the Nam Khuyet base comprising Can Nguyen Palace and two gates, Ta Doan and Huu Doan. In 1833, Minh Mang changed it into a five-gate structure: Ngo Mon Gate in the middle and four gates on the sides and Ngu Phung Pavilion built on top. 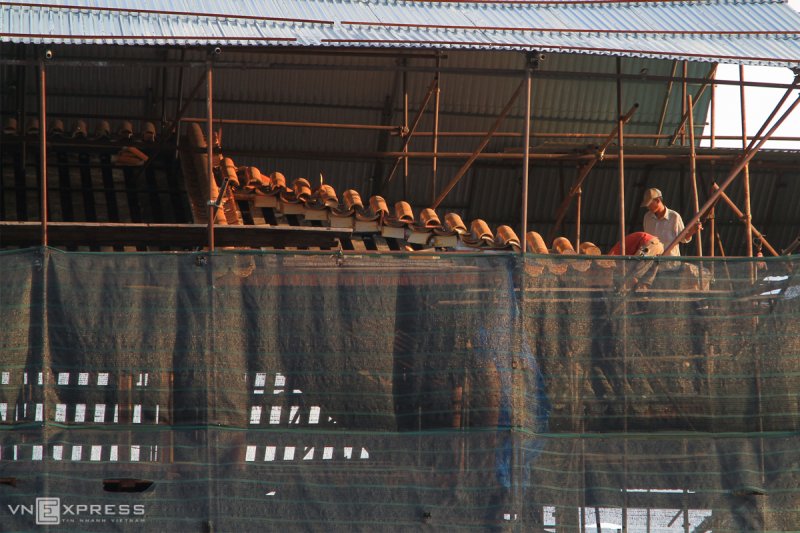 The pavilion had suffered the wear and tear of time as well as the tribulations of wars. The latest restoration effort, estimated at VND80 billion ($3.5 million), was carried out by the Hue Monuments Conservation Center since 2012. 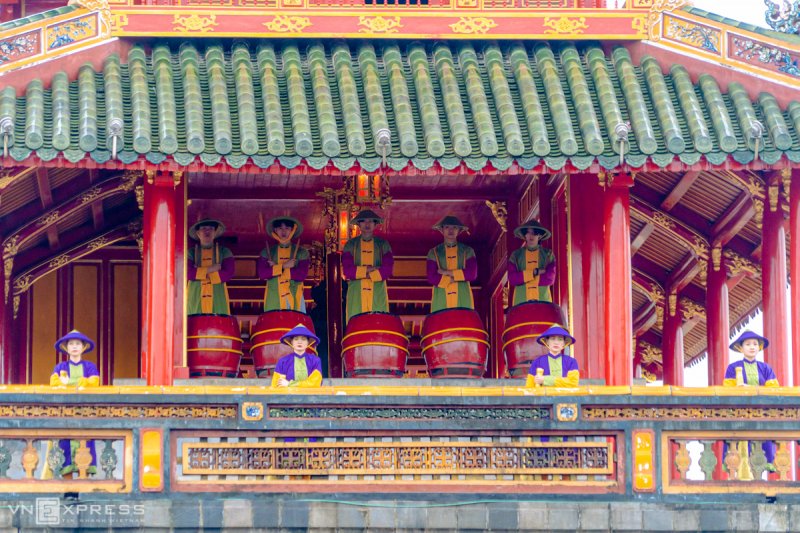 After eight long years, the pavilion opened its doors to visitors early this year. The Hue Monuments Conservation Center plans to carry out reenactments of the Nguyen Dynasty events at Ngu Phung Pavilion and Ngo Mon Gate in forthcoming festivals like Ban Soc, a royal calendar distribution ceremony, and Truyen Lo, a ceremony to honor talented scholars. 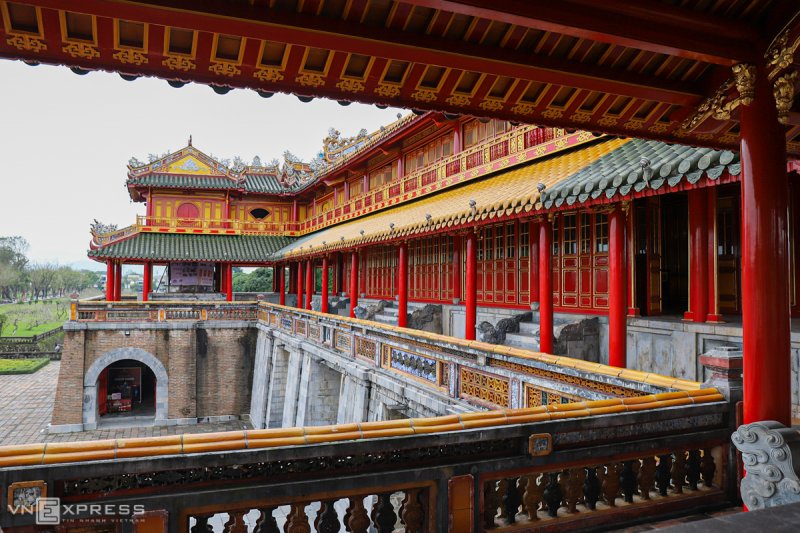 The pavilion consists of two floors and an iron and wood structure supported by 100 pillars. The roof on the ground floor provides shade for the corridor. 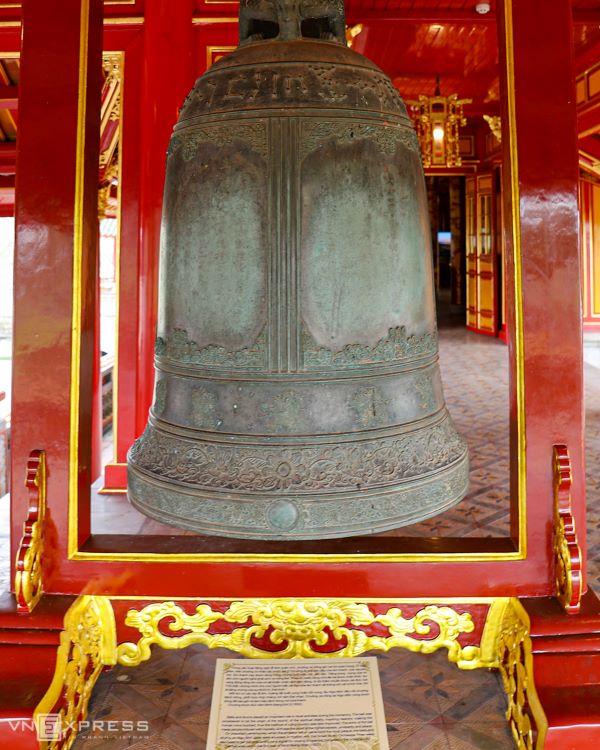 Each side of the pavilion hosts a drum and “dai hong chung” (the great bell). They were used to convoke meetings. 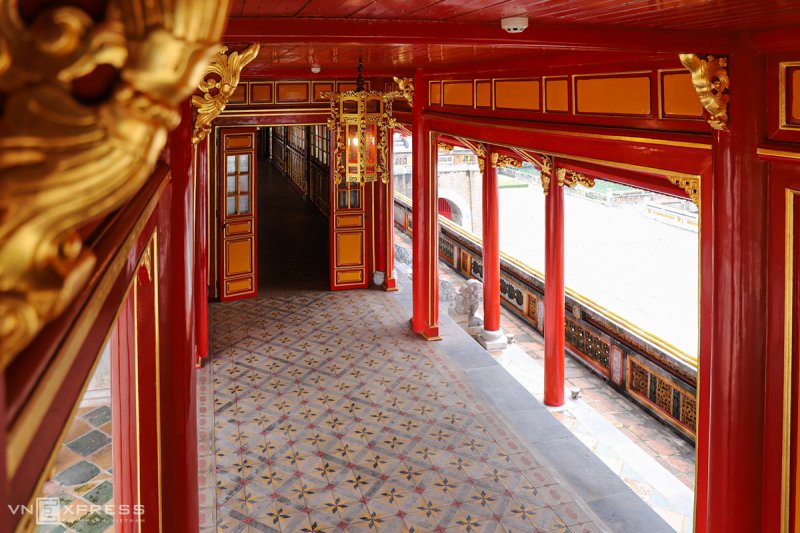 The doors and pillars are made of iron wood painted vermilion red and adorned with golden leaves. 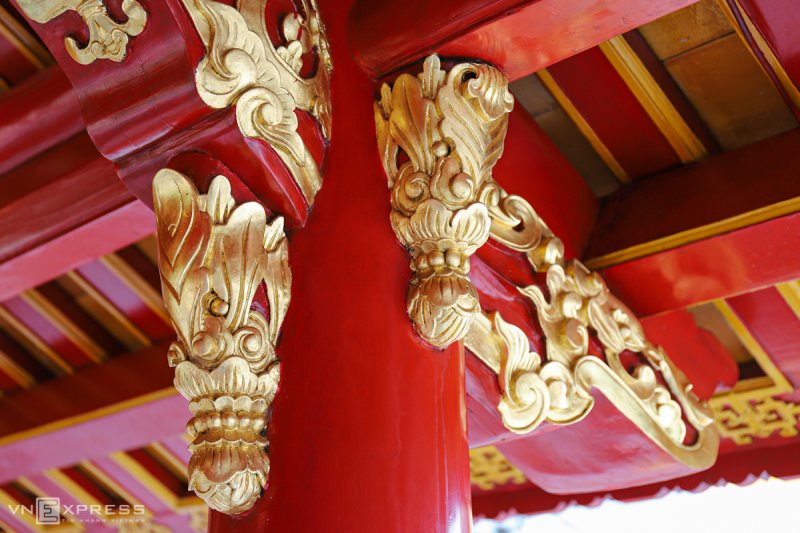 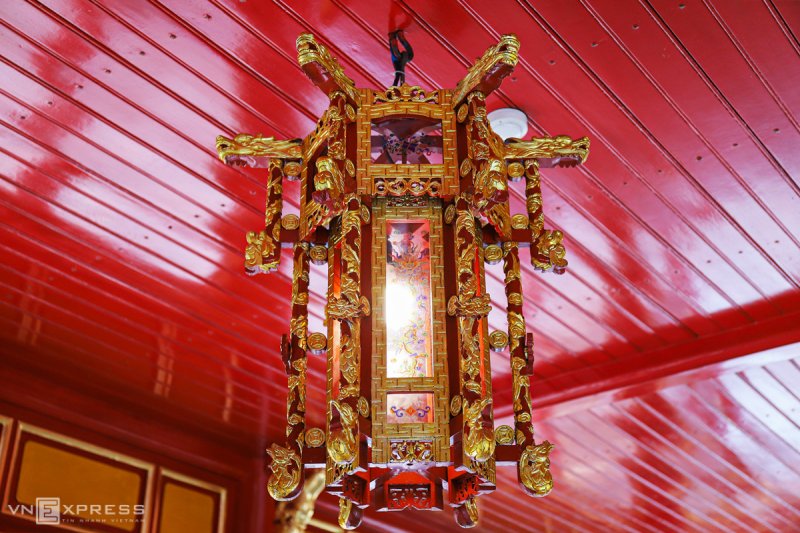 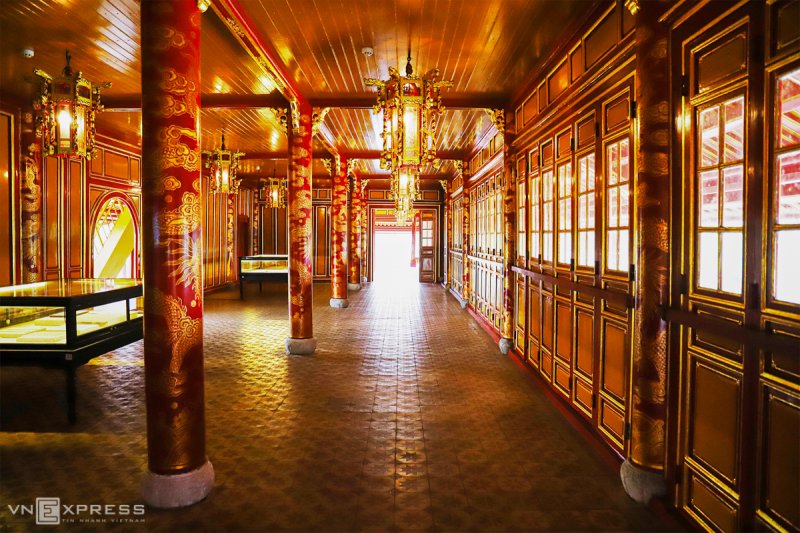 The main hall at Ngo Mon Gate. The hall exhibits historical records of the construction of Ngo Mon Gate and Ngu Phung Pavilion. 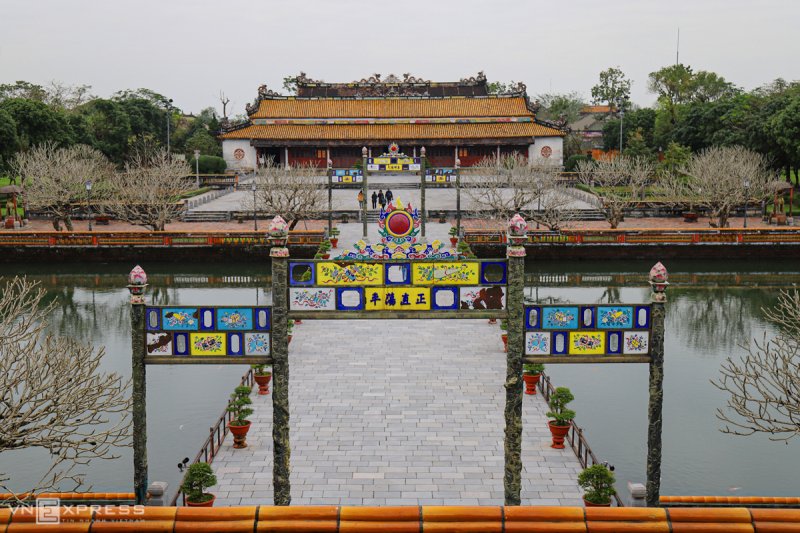 From the pavilion, visitors can enjoy an unobstructed view of Thai Hoa Palace, Thai Dich Lake, Ky Dai (Flag Tower) and its surroundings. 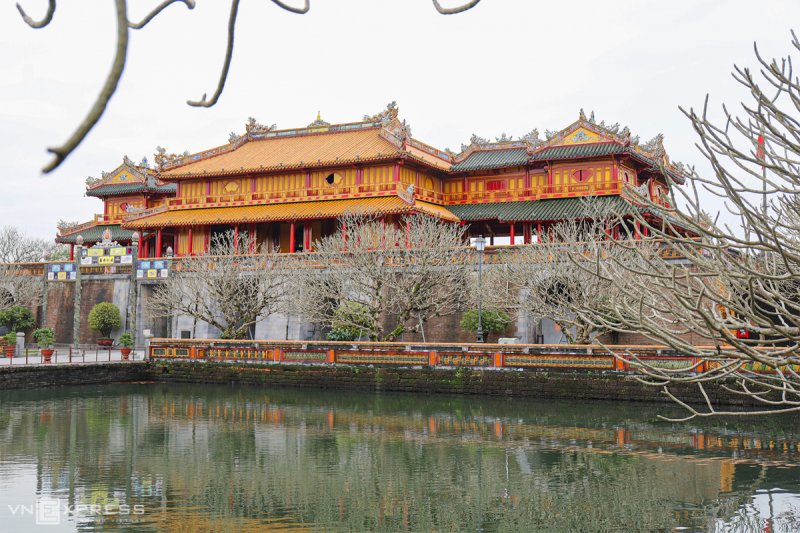 The newly restored Ngu Phung Pavilion seen from inside a palace beside Thai Dich Lake.