Moc Chau Plateau is the largest and most beautiful plateau in the Northwest region. The winding roads around the mountainside with thick layers of mist make the scenery here majestic, wild and beautiful.

Located in Muong La commune, about 5km from the center of Moc Chau district, this waterfall is considered a symbol, “jewel” of Moc Chau plateau with charming natural scenery. 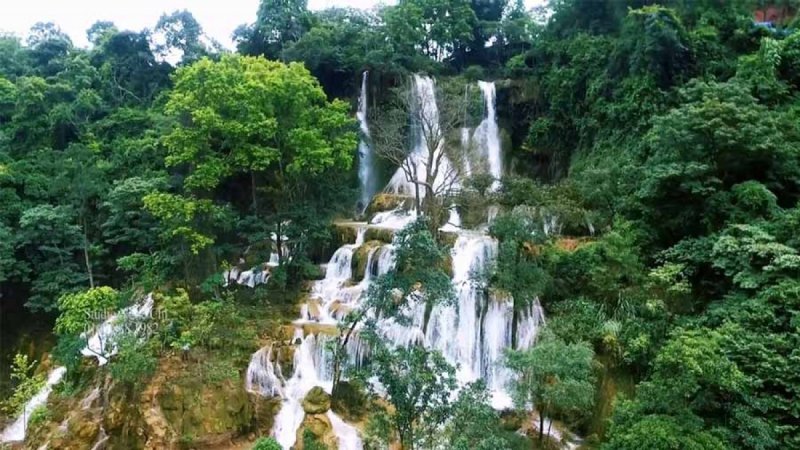 Dai Yem waterfall is located on Vat stream, originating from two streams of Bo Co Lam and Bo Ta Chu in Vat village – a Thai village with a long history. Vap Stream flows about 5 km in combination with a large stream starting from Bo Sap village (bordering Vietnam – Laos) and at the confluence of these two streams, the water meets limestone mountains flowing down to form a waterfall. The majestic bib. 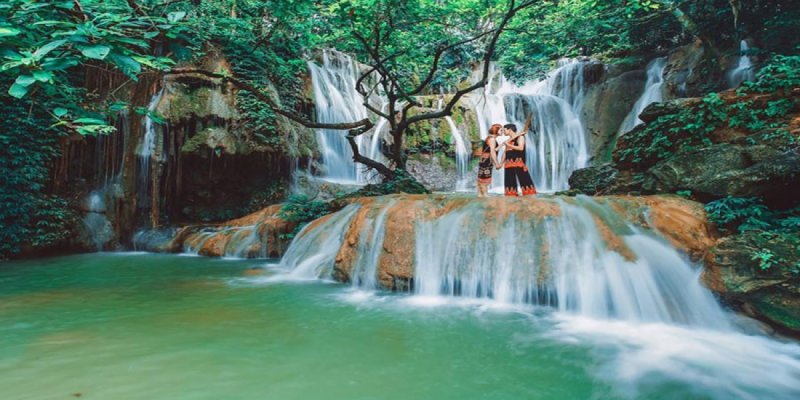 Dai Yem waterfall is associated with a romantic love story.

Story that, in the past in Laos, there were foreign invaders. With the Vietnam-Laos friendship, the boys of Vat village volunteered to go to your country to help. At that time, there was a Thai ethnic couple who loved each other very dearly. Before leaving, the boy and his lover broke up at the top of the waterfall and promised that he would marry you back from the enemy …

With the invasion, the boys of Vat village returned, but the girl’s lover did not see it. Every day, she kept climbing to the top of the waterfall to wait. There were the boys in the proposal to ask, but she refused, firmly faithful to the wishes of the two.

One day, a girl bathed in a waterfall and unfortunately slipped down. Villagers collapsed but could not find them, only to find a Thai girl’s bibs on a tree branch. The brassiere was embroidered with the names of the boy and girl. Since then, the villagers have called this waterfall as Dai Yem to symbolize the hard love of the couple … 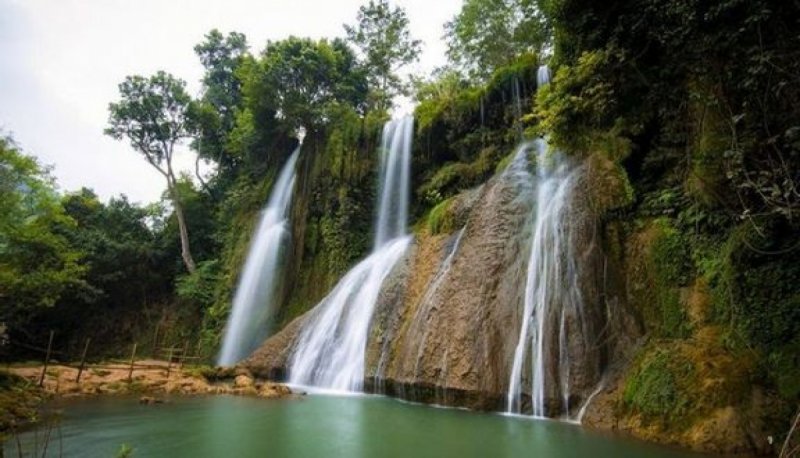 Soft silk ribbons drop from the top of the waterfall.

Following the winding road, we slowly entered Dai Yem waterfall. After passing the spillway, looking quite beautiful, Dai Yem waterfall appeared majestic and poetic. The stream of water pouring down from above looks like a white silk strip, creating clusters of steam like mist. At the foot of the waterfall, the big old trees growing on the rocks of different shapes make the landscape become sparkling and fanciful.

According to the people here, the most beautiful Dai Yem waterfall is from August to October because this time it rains heavily, the flow of water is large, making the flow stronger. Climb a few more steps to the top of the waterfall, we will be more overwhelmed when we have the opportunity to see the whole vast steppe, the majestic mountains and forests.

Along with the legend of love associated with Dai Yem waterfall, the sound resounding in the mountains and forests of the rumbling waterfall not only gives visitors delight in the mysterious and magnificent scenery of heaven and earth but also It is also a refreshing feeling when being immersed in the cool winds./.

Today, 20:24
Ethereum explodes 21% in just one day and expected to double in the next two weeks