Forging profession in Pac Rang village (Phuc Sen commune, Quang Uyen district, Cao Bang province) has been around for about 1,000 years. It is called the “craft forging workshop” the largest in the North. 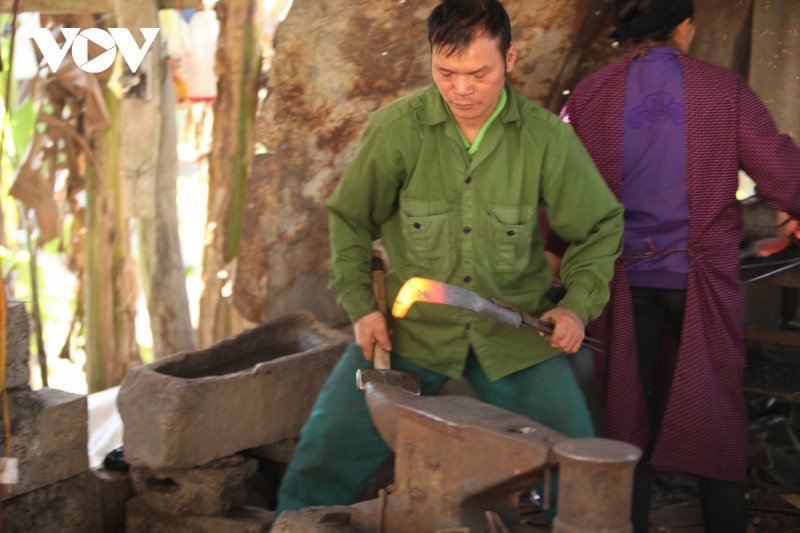 Pac Rang Blacksmith Village is located in Phuc Sen commune, Quang Uyen district, about 30km from Cao Bang city, along Highway 3 in the direction of Ta Lung National Border Gate. This is an upland commune of the Nung ethnic group, with 420 households with about 2,000 people. 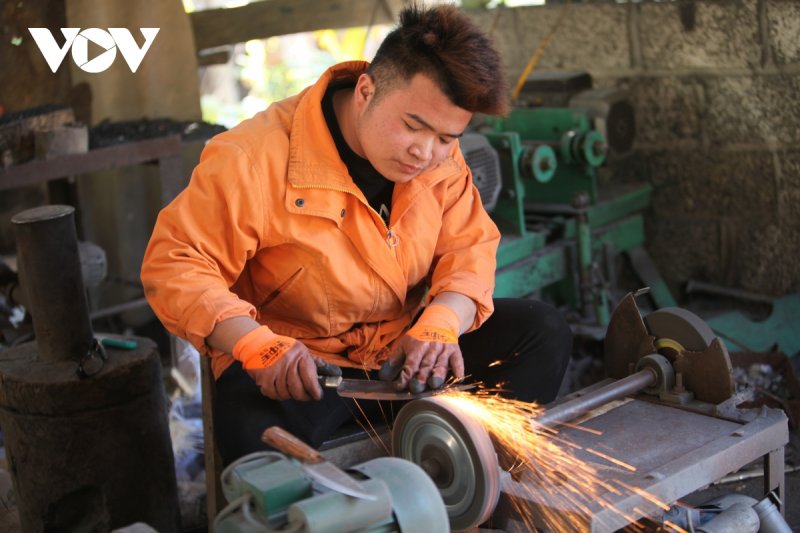 Almost all Phuc Sen commune works in forging, concentrated in Pac Rang village. The people of Phuc Sen, who are mainly engaged in agricultural production, are also famous for their skillful craftsmanship with many traditional crafts such as paper making, incense making, brocade weaving, stone carving … and, especially, craft forging. famous tradition in the country. 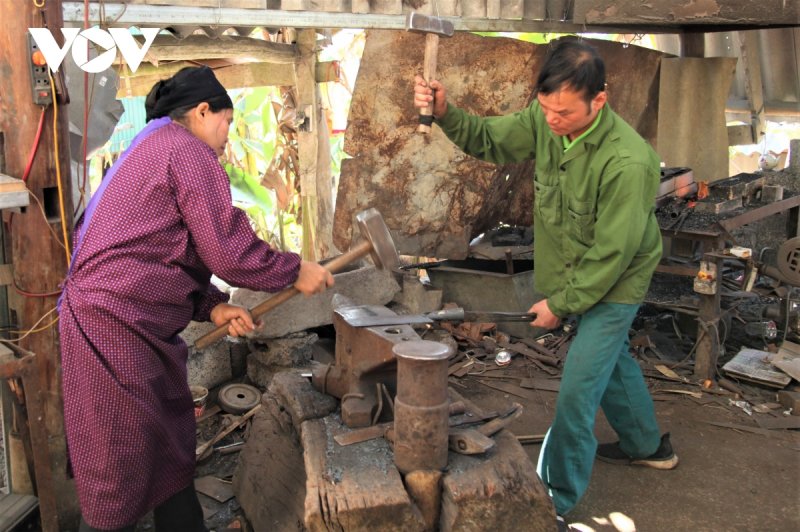 Legend has it that the forging village has existed since the eleventh century, at first being the place to produce weapons for Nung Ton Phuc and Nung Tri Cao against the Song army. After the war, people here turned to forging tools for agricultural production and daily life. 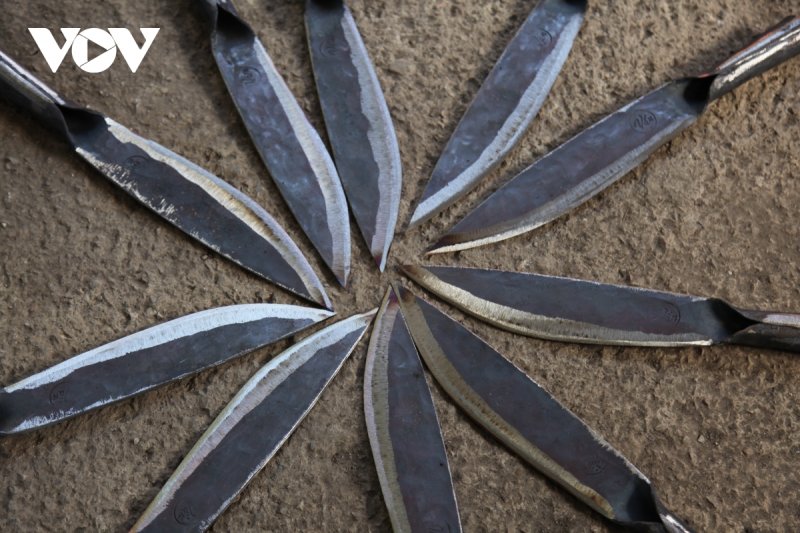 Currently, Phuc Sen has become the largest “craft forging workshop” in the North of Vietnam. Many families doing this profession have passed down for decades, the village’s forged products are always famous for their sharpness and durability. Products of the forging village are very diversified, from agricultural tools such as plows, hoes, spades … to tools, household appliances such as knives, scissors … 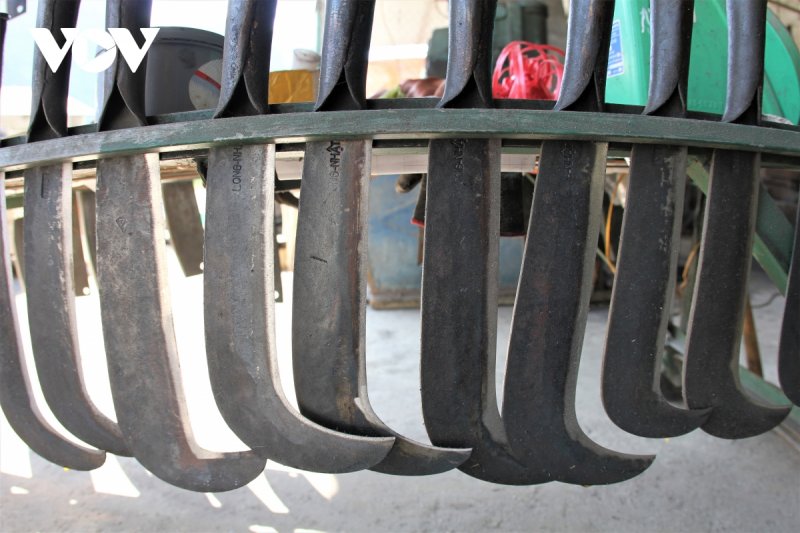 The products made here are durable, sharp and sure, so they are very popular not only locally but also in many regions of the country. 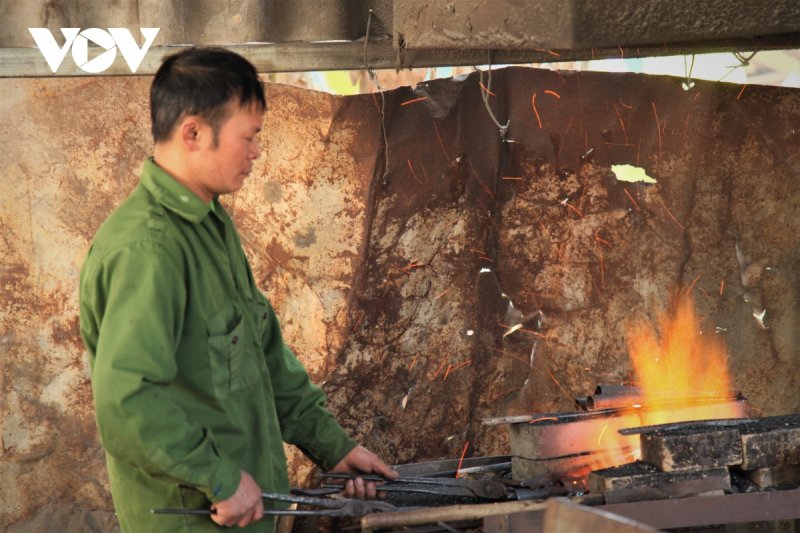 To make a sharp knife, the Nung people in Phuc Sen have their own secrets. Materials forging knives are made from tweezers scrap cars. In other places, people often use coal for burning, Phuc Sen village uses charcoal from hardwoods. Steel kilns are made of stone, and then use straw and rice husks as materials for the kiln. 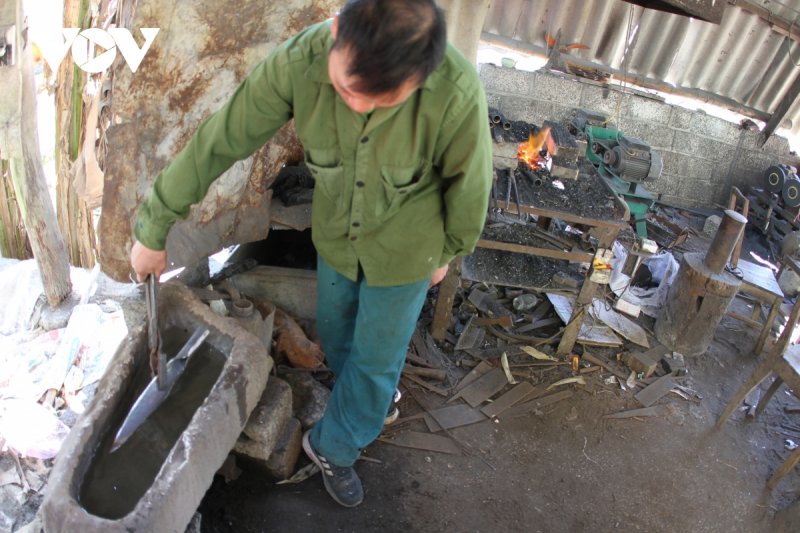 According to veterans in the village, craft forging in Phuc Sen has almost no recipe, but mainly thanks to the delicate feel of the ears, eyes and experience of the craftsman. 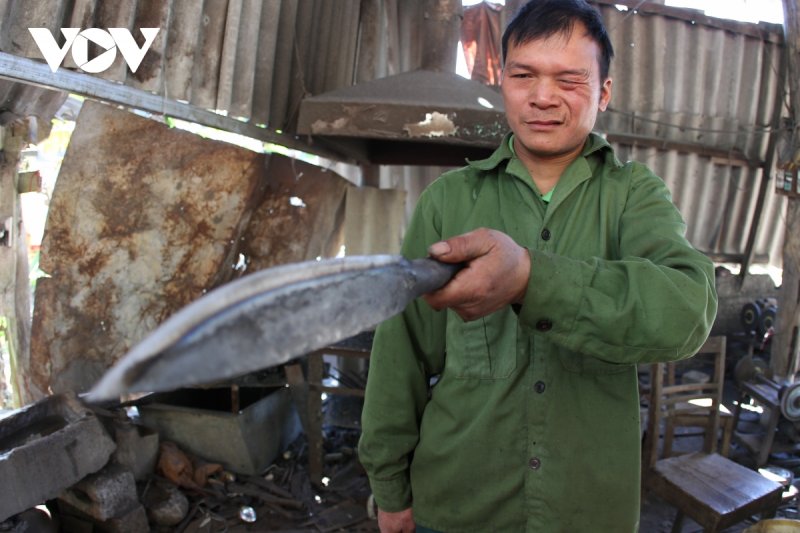 According to the master Clean Van Van, I steel is the most difficult step, deciding on the quality of the product, usually done by experienced craftsmen. 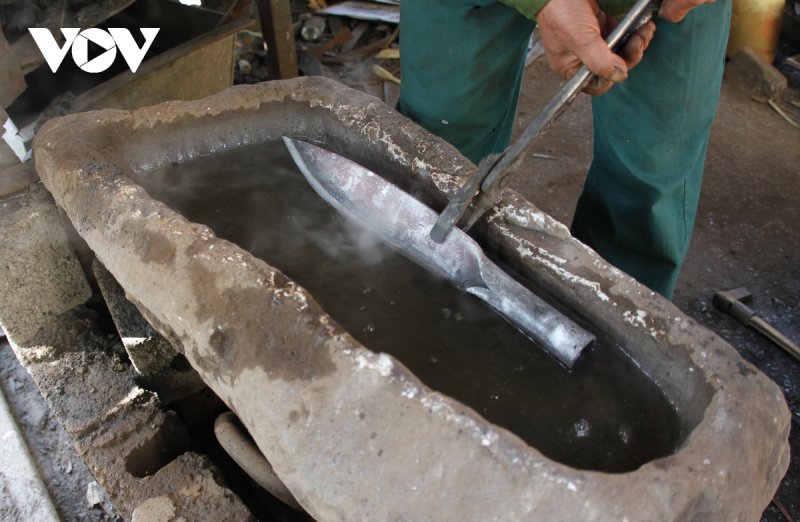 For each type of steel, the mechanic will look at the green, white or yellow steel to see the age or the youngness of steel, and how to suit. Mr. Van also said that the average income after expenses for each family worker is 250,000 VND / person / day. 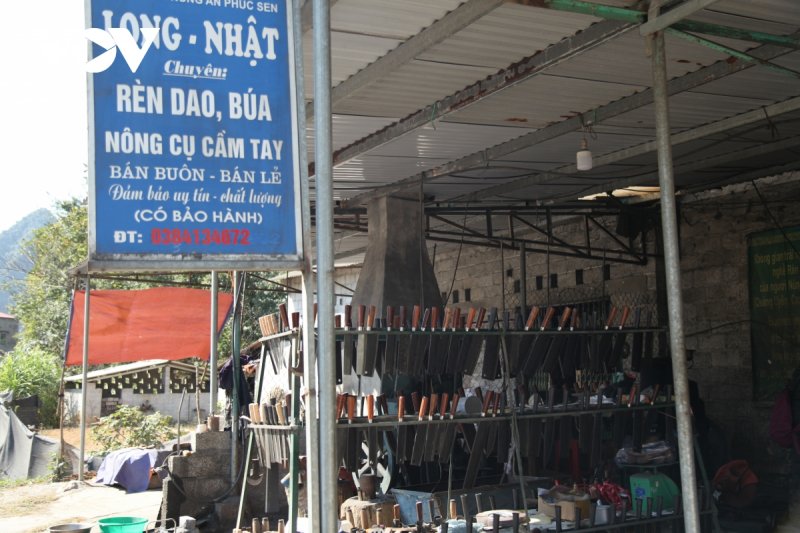 Over nearly 1,000 years of history, this is one of the unique craft villages preserved and developed by the Nung An people in Phuc Sen; thereby contributing to preserving and promoting the values ​​of national cultural identity. 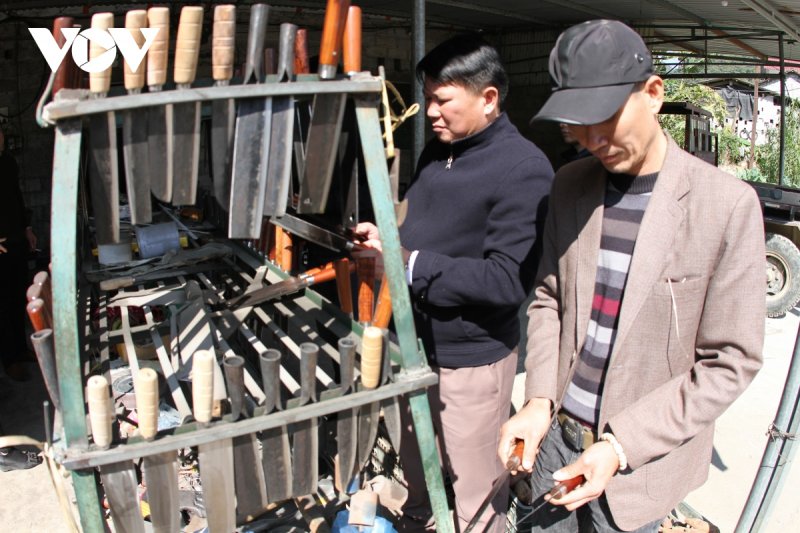 The unique culture and reputation of forging make the craft village become an attractive spot in Cao Bang. Every year, the number of tourists coming to Phuc Sen commune is relatively large, bringing significant income to the people./.