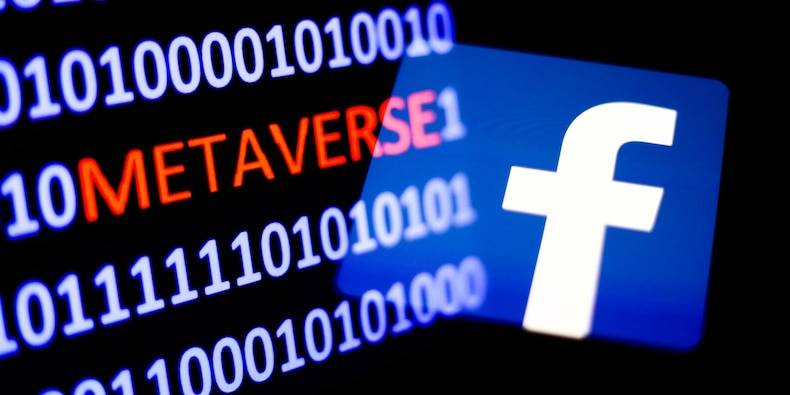 And just like that, the term “metaverse” has gone mainstream, according to the Crypto Insider‘s Natasha Dailey reported.

Last week, social media giant Facebook announced it would change its name to “Meta” in an effort to move into the future of the internet, called Web3 or the metaverse.

Now, headlines about the metaverse, blockchain, and NFTs are dominating the news, and you might be wondering how they’re all connected.

But let’s start with the basics. What even is the metaverse?

Think of your physical world, the things around you, what and who you interact with. Now think of that physical world being digital. That’s it. That’s the metaverse.

Cathy Hackl, who has earned the title of godmother of the metaverse, put it like this to Vogue in an interview in September: “It’s about the internet breaking free from the rectangles in our hands, desks and walls and being all around us.”

It’s like that Sims game so many grew up with, but better. Platforms like Decentraland and Cryptovoxels are already the social media of the metaverse in a way, said Andrew Steinwold, who hosts the crypto podcast Zima Red.

There, “you can build a gallery; you can put photos of yourself, just like regular social media. You can get creative, scratch that itch. You can be social. You can go talk to your neighbors, go attend events.”

But what do NFTs and crypto have to do with all this?

Everything you should know!

NFTs are the digital key to unlocking the metaverse, Shreyansh Singh, the head of Polygon’s NFT and gaming arm, wrote in a Decrypt article.

An NFT, or a nonfungible token, is a unique digital asset stored on a blockchain, the same technology that underpins cryptocurrencies like bitcoin. The tokens give users ownership in the digital world. “That was kind of the missing piece of the puzzle,” said Steinwold, who’s also a managing partner of NFT-focused firm Sfermion. “Now that that’s enabled, the metaverse is actually coming to fruition.”

Let’s say you have a Fortnite skin, Steinwold said, referring to a digital outfit for your video game character. You don’t actually own it, even if you spent countless hours getting it. Epic Games, which makes Fortnite, owns it.

“It’s kind of up to Epic Games’ total purview whatever they want to do with it,” Steinwold said. “If they want to delete my account, then they can do that … They can just say, ‘You know what, Andrew tweeted “screw Epic Games” this morning, we’re going to delete all this stuff.'”

It’s a communist system in the sense that users add value to the system but get nothing in return, Steinwold said. With NFTs, the internet is becoming more capitalistic, “where your time-money effort is actually rewarded through ownership.”
“It’s like if I use Facebook, and they somehow gave me some portion of stock from commenting, from liking, from uploading photos, because I’m adding value to that platform,” he said, adding that people on the internet are becoming owners, instead of renters.

Will Facebook or Meta – be part of the metaverse?

Some, including a key architect of Facebook’s metaverse, have been skeptical of the company’s plan.
As Steinwold put it, “If Facebook turned into a decentralized organization where it was user owned and governed, that would be a true part of the metaverse.”

We haven’t seen anything yet. You may remember, perhaps, the early days of “dial-up” internet in the 1990s when aol.com was the main platform. That’s where we are with the metaverse and NFTs, Steinwold said.
“It’s almost like if you asked me about Google or Airbnb or Uber back in the 1990s. I couldn’t even explain to you what those are,” he said.

“We are not even in the first inning, like the game hasn’t started. We’re still warming up.”

Today, 09:56
Gasoline costs at present June 28: Flip to launch to the highest