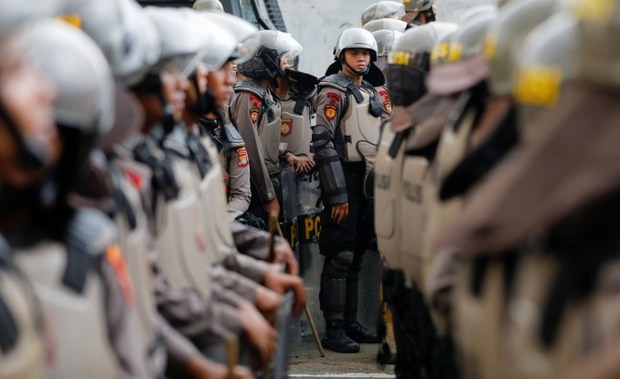 Over 3,600 soldiers, police officers and civil defenders have been tasked with ensuring security for the 2022 AFF Cup semifinal first leg between Indonesia and Vietnam on January 6 afternoon at Bung Karno Stadium in Jakarta, according to Assistant for Operations (Asops) to the National Police Chief (Polri) of Indonesia, Inspector General Agung Setya Imam Effendi.

In a written notice on January 5, Agung said said 3,500 security personnel and 500 service staff have been ready for the match.

He added that Polri recommended the management unit of the Bung Karno Stadium to improve the numbering of seats in the stands and check tickets by scanning QR code in a bid to ensure order, Vietnam News Agency reported.

At a press conference on January 5 afternoon at the Bung Karno Stadium, Central Jakarta Police Chief Commissioner Komarudin said that this force will mobilise 3,690 police for outside areas of the stadium and 500 security personnel inside to ensure safety for the match.

The vehicle carrying Vietnamese players to the stadium will be escorted by four police cars, he added.

Talking to reporters on the same day, Jakarta Police Spokesperson Senior Commissioner Endra Zulpan said a total of 200 plainclothes officers and 200 unarmed riot police will be deployed at the location to prevent chaos during the match.

Every area will be monitored by closed-circuit television (CCTV) camera system to see if there are drunk fans, fights, or thugs in order to make sure there will be no chaos, he noted.