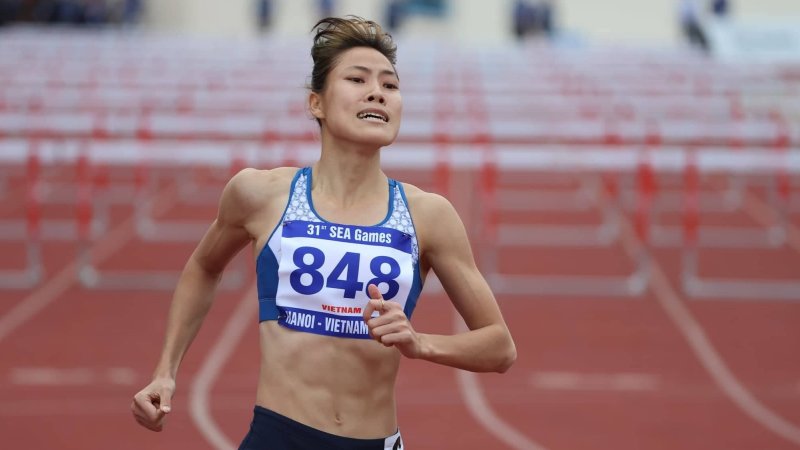 The third day of athletics competition witnessed the rise of young runners. Among them was Le Tien Long, who triumphed the men’s 3,000 steeplechase, clocking 9 minutes and 2.84 seconds. It is the first gold medal the 21-year-old athlete from the central province of Ha Tinh has ever secured in his career.

SEA Games 30 gold medalist Do Quoc Luat finished second with the time of 9 minutes and 6.44 seconds.

The Vietnamese team received two other golds on the same day, one won by Bui Thi Nguyen in the women’s 100m hurdles with the time of 13.51 seconds and the remainder by Khuat Phuong Anh in the women’s 800m, 2 minutes and 8.74 seconds.

Vietnam have so far claimed the highest number of medals in athletics – 13 golds, 11 silvers and three bronzes. The team aim for 15 – 17 SEA Games golds this year.

They are followed by Thailand with nine golds, five silvers and three bronzes; and the Philippines, three golds, four silvers and ten bronzes.