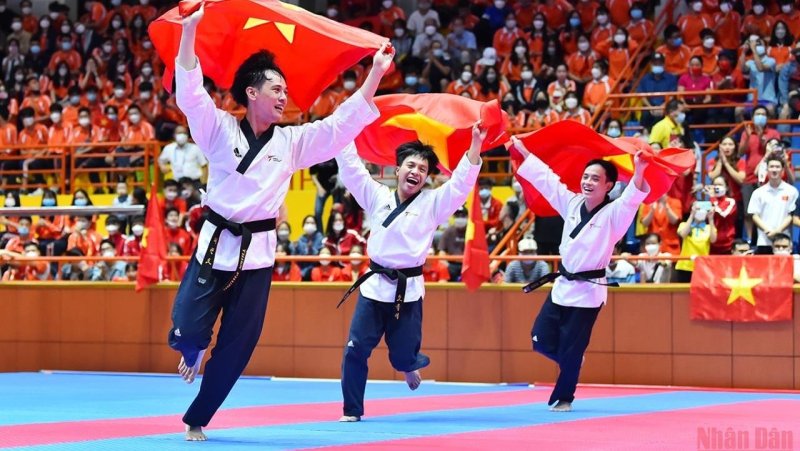 NDO/VNA - The Vietnamese taekwondo team won four gold and one silver medals in the very first day of competition at the 31st Southeast Asian Games (SEA Games 31) on May 16.

Meanwhile, the Vietnamese athletes surpassed those from the Philippines with 7.782 points in the men’s team poomsae event to win the second gold medal.

In the women’s team poomsae event, the Vietnamese team triumphed with a score of 8.016 points, higher than the runner-up of Thailand with 7.882 points.

* Vietnamese fencers on May 16 won the fourth medal at the 31st Southeast Asian Games (SEA Games 31) in the men’s sabre team event. 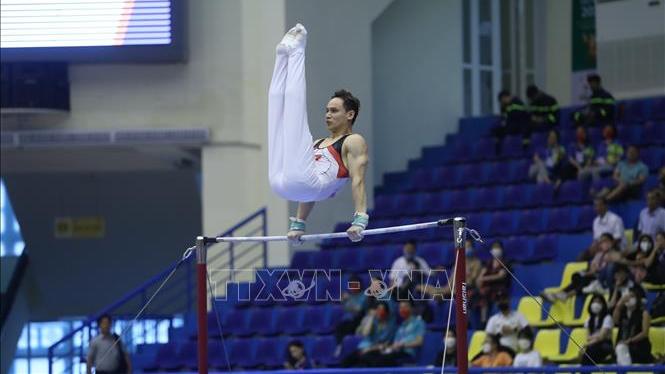 Another Vietnamese gymnast, Le Thanh Tung, won a bronze medal in the event with 14,500 points.

In the horizontal bar event, Thanh shared the gold medal with his Philippine rival Carlos Edriel Yulo Poquiz with the same points of 13,867, while Tung secured another bronze in the category for Vietnam.
On the day, female gymnast Pham Nhu Phuong earned two bronze medals for the host country.