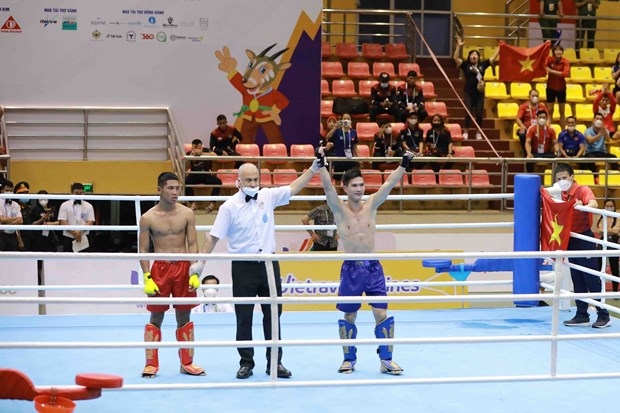 NDO/VNA – Two Vietnamese kickboxers were declared winners of SEA Games 31’s quarter-finals, which took place on May 9 in the northern province of Bac Ninh.

After the match, Tuan, who was the gold medallist at SEA Games 30, said he will do his utmost in the upcoming semi-final match, with determination to defend his title.

His teammate Nguyen Quang Huy also bagged a 3-0 victory over Chhut Vannthong of Cambodia in the 60kg Low Kick men.

Competitions will continue until May 13.

This is the second straight time kickboxing has been a SEA Games sport. Vietnam topped the sport’s medal tally at the previous Games in the Philippines in 2019.

SEA Games 31, themed “For a Stronger South East Asia”, is being held in the capital and 11 neighbouring provinces and cities until May 23.

Featuring 40 sports with 523 events, it is expected to attract around 10,000 participants. The biennial event was initially slated for late 2021 but delayed due to the COVID-19 pandemic.