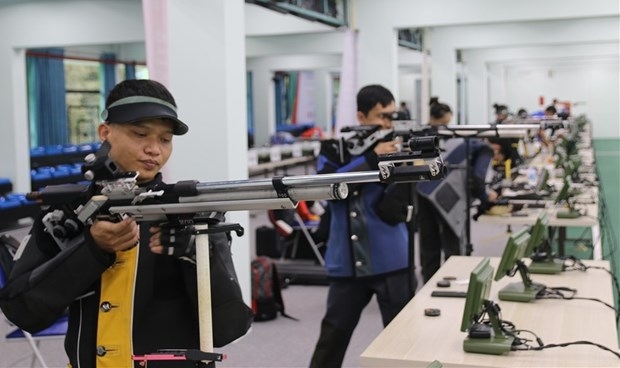 NDO/VNA – Vietnam’s shooting team has set a target of winning between five and seven gold medals at the upcoming 31st Southeast Asian Games (SEA Games), with the shooters scheduled to take a pre-SEA Games tournament at home this weekend.

Vu Anh Dao, who is in charge of the shooting department at the National Sports Administration (NSA), said the squad consists of best shooters now.

Dao noted in addition to the 31st SEA Games, the team also focuses on international tournaments under the systems of the International Shooting Sport Federation (ISSF) and the Asian Games (ASIAD) this year toward preparations for the Paris 2024 Summer Olympics.

The pre-SEA Games event of shooting will be held on April 10 covering all the categories in the official competition programme, confirmed Dao.

The 2019 SEA Games saw Vietnamese shooters placed low in the tally for the first time. In five Olympic shooting categories organised in Manila, they secured only one gold and one silver.