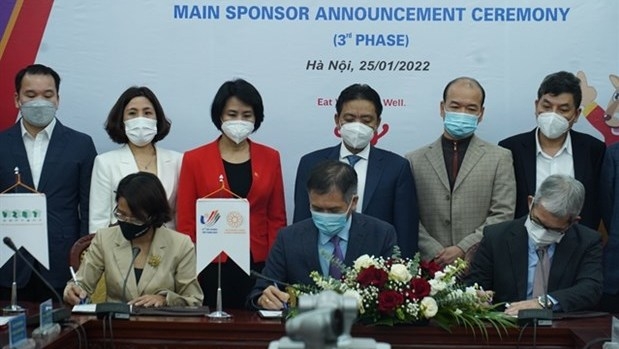 NDO/VNA - Ajinomoto Vietnam became the next diamond sponsors of the 31st Southeast Asian (SEA) Games after a signing ceremony in Hanoi on January 25.

It will be the third time in a row that Ajinomoto has supported the Vietnam Team at the SEA Games.

Speaking at the ceremony, Deputy Minister of Culture, Sports and Tourism Hoang Dao Cuong congratulated Ajinomoto as the fifth diamond sponsor of the 31st SEA Games this May.

Ajinomoto was a partner of the recent Olympics and Paralympics Tokyo 2020 and is the current sponsor of Vietnam's Sai Gon FC.

The second Games in Vietnam will welcome about 10,000 athletes, referees and officials from May 12-23 in Hanoi and 11 cities and provinces. There will be 40 sports with 526 events organised.