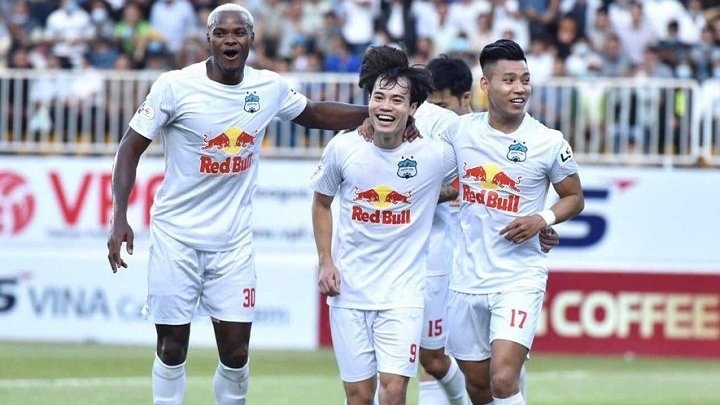 Hoang Anh Gia Lai FC is the only Vietnamese representative in the 2022 AFC Champions League.

NDO – V.League 1 club Hoang Anh Gia Lai have been placed in Group H at the 2022 AFC Champions League, which turns out to be a tough group with the presence of J1 League runners-up Yokohama F. Marinos and K League 1 champions Jeonbuk Hyundai Motors.

The remaining Group H team will be the winner of the East Region’s play-off 1, according to the draw result announced on January 17.

The AFC Champions League group stage brings together 40 teams divided into ten groups of four, with five groups each in the West Region (A-E) and the East Region (F-J).

Each group will compete on a double round-robin basis in centralised venues. The winners of each group and three best runners-up from each region will advance to the knockout stage (round of 16).

The East Region group stage will be underway from April 15 to May 1.

Hoang Anh Gia Lai FC is the only Vietnamese representative in the 2022 AFC Champions League, which marks the first time in 17 years that the team has returned to the most prestigious competition for Asian clubs.

Under Thai manager Kiatisuk Senamuang, Hoang Anh Gia Lai FC are looking towards advancing at least to the quarter-final round.

In preparations for the campaign, the club has extended contract with a series of players, including goalkeeper Huynh Tuan Linh, central backs Nguyen Huu Tuan and Kim Dong-su, and forward Washington Brandao, while signing two additional foreigners Mauricio (central back) and Baiano (forward), both from Brazil. 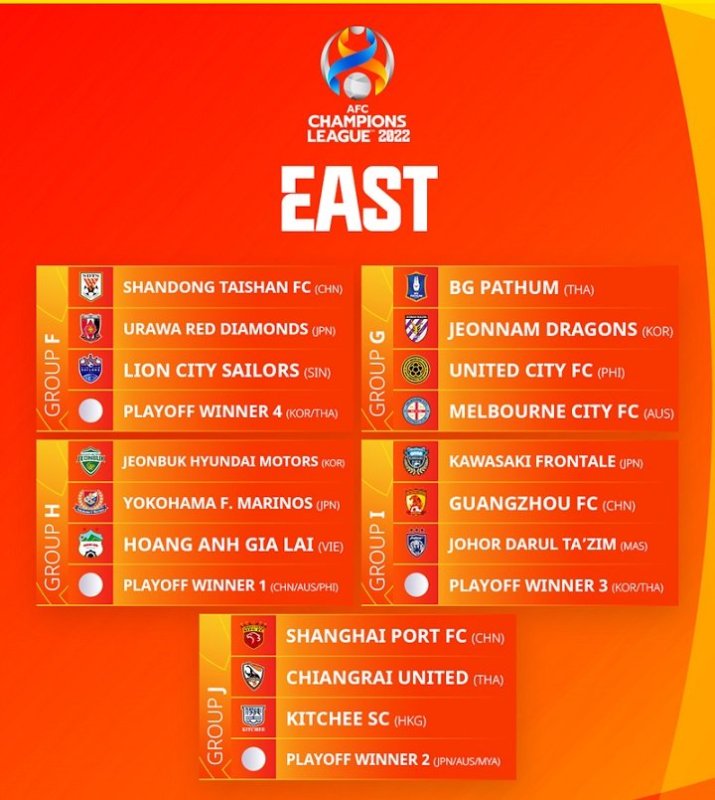 The five groups of the AFC Champions League East Region.