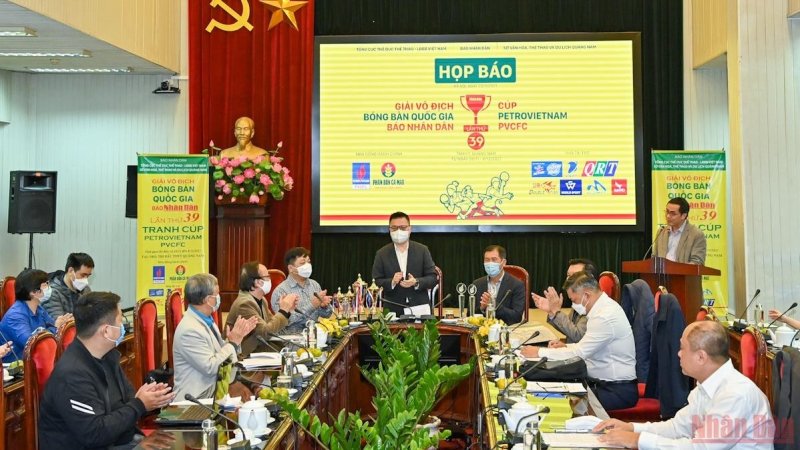 NDO - The 2021 Nhan Dan Newspaper National Table Tennis Championship is scheduled to take place from November 28 to December 4 in the central province of Quang Nam with the participation of 114 players from 14 delegations.

The tournament will help the Vietnam Table Tennis Federation to seek out and select the best players for the upcoming 31st SEA Games next year, said Nhan Dan’s Editor-in-chief Le Quoc Minh at a press briefing on November 23.

Due to COVID-19, some delegations are missing this year. But the championship, now in its 39th edition, still sees the participation of strong delegations from table tennis centres such as Hanoi and Hai Duong.

The players will compete for seven sets of medals in men’s and women’s singles and doubles, mixed doubles, and team events.

In addition, there will be two awards for promising young male and female players, and another two for the hosting locality and the locality with the most active table tennis movement.

To prevent the spread of COVID-19 during the time of the tournament, players are only allowed to travel between their hotels and the competition venue by the vehicles designated by the organisers.

Players and other delegation members must also test negative for coronavirus and have vaccination certificates.

The championship will be broadcast live on Nhan Dan Television and Quang Nam Television while match information and updates will also be posted on the Facebook page of the tournament.