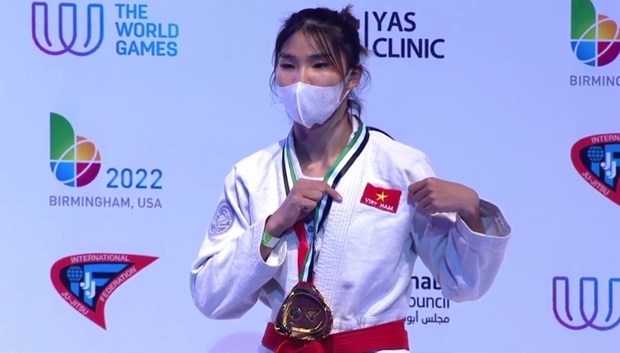 According to Tran Van Thach, head of the jiu-jitsu department under the Vietnam Sports, Huyen pocketed the prize at in the category of 48kg for athletes under 21.

Meanwhile, fighter Duong Thi Thanh Minh is to compete in the tournament for athletes under 52kg on November 5.

Vietnam is among more than 30 countries and territories participating in the 2021 World Championships. The country sent 11 athletes to the event.

The event provides the athletes with a perfect platform to continue sharpening their skills in preparations for future regional and international competitions in 2022.