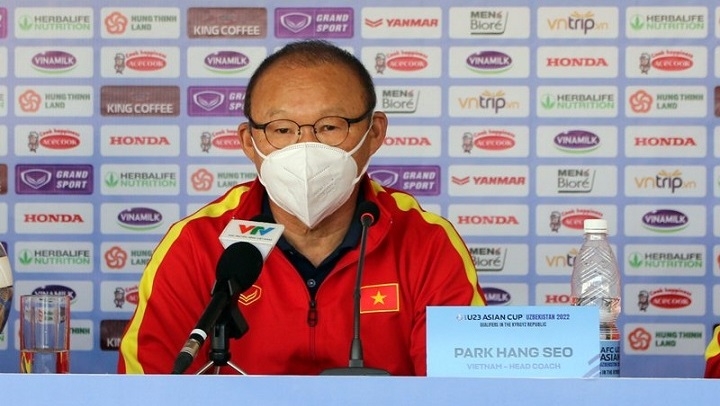 NDO – Vietnam head coach Park Hang-seo affirmed his side’s ambition of claiming wins against the other group opponents as their AFC U23 Asian Cup 2022 qualifying campaign kicks off this afternoon (October 27).

Vietnam have been drawn into Group I together with Chinese Taipei and Myanmar, with the group winners to be awarded a direct ticket to the Uzbekistan finals next year.

When asked about their two group competitors, Park said: “As for Chinese Taipei, we have tried to collect information about this team since we reconvene, but it is not easy at all. They did not seem to play much. As far as we know, some of their players participated in the World Cup qualifiers, with the remainder being university students.”

“That’s the same for Myanmar. But this October 30, Myanmar will play Chinese Taipei. We plan to watch the match to come up with plans. I think it is not a big deal,” Park told reporters at a press briefing on October 26. 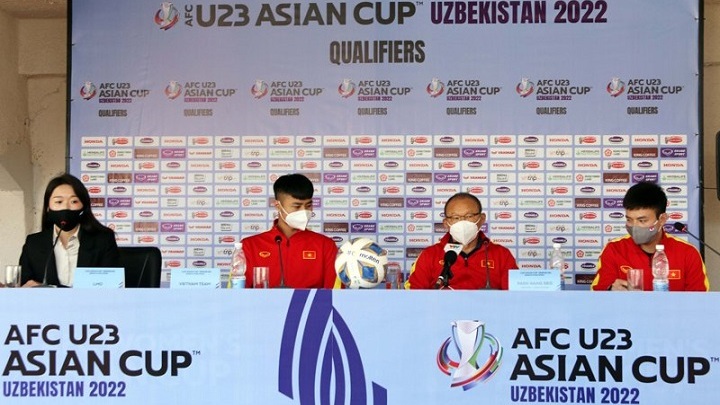 Many people are comparing the current Vietnam U23 generation with the generation that made miracles at the 2018 AFC U23 Championship in Changzhou, China. Regarding this, Park stated: “Our players are still in the process of maturing, and we always try to promote their best development. I constantly feel the Vietnamese people’s love for football as well as their expectations. Both the players and the coaching staff are a little bit under pressure.”

“But I think, instead of comparing the current generation with the previous one, we should trust them and encourage them to fight for the best results,” Park said.
Speaking at the press briefing, Vietnam U23 goalkeeper Nguyen Van Toan affirmed that the whole team are training hard to prepare for the opener against Chinese Taipei later today.

“We will try our best to follow the tactics set by the coaching staff. Without much information about Chinese Taipei, what we could do is just to make the best possible preparations for the match,” the 21-year-old said.

The Group I opener between Vietnam U23s and Chinese Taipei U23s is scheduled to take place at Dolen Omurzakov (Kyrgyzstan) at 5pm today (Vietnamese time).